Is Mob Psycho 100 Better than One Punch Man?

Mob Psycho 100's first (but hopefully not only) season has just come to an end, while One Punch Man's second season has just been announced. Which of the two ONE adaptations is ultimately the better show? Read on for the possibly surprising, almost certainly controversial answer! 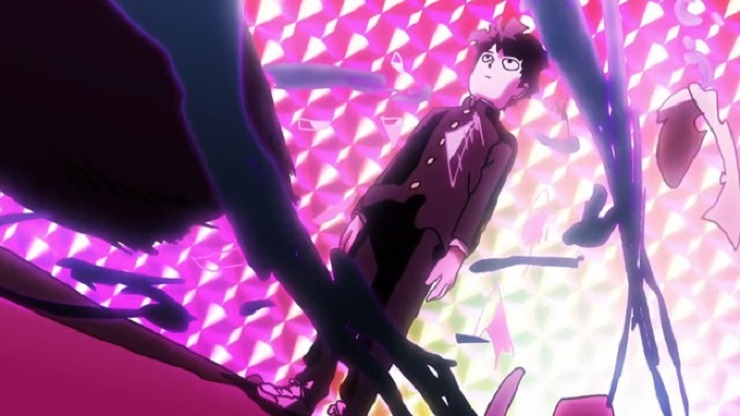 Right out of the gate, Yuzuru Tachikawa's Mob Psycho 100 anime stood in the shadow of another adaptation of a webcomic by ONE. Something about a man who punches people once? You might have heard of it. One Punch Man was one of those rare break-out hits that serious critics, obsessive anime viewers, and even superhero fans with little-to-no usual interest in anime could all agree was pretty kick-ass.

While Mob Psycho 100 was one of the more talked about shows of the 2016 season, it doesn't have nearly the same cross-demographic popularity of its predecessor. Now that the show's first (but hopefully not only) season has come to its stunning conclusion though, could it be that Mob Psycho 100 turned out to be a better show than One Punch Man? 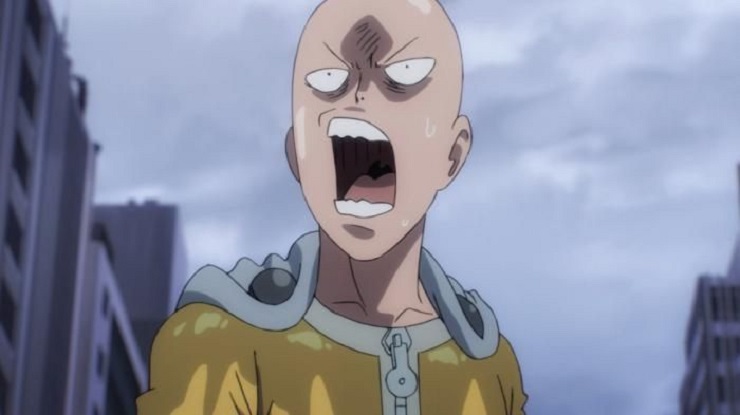 Let's give One Punch Man credit where it's due: it is a more consistent show than Mob Psycho 100. You pretty much know what you're going to get when you sit down to watch an episode of OPM, and you know it's going to be a lot of fun, quite funny... and sort of predictable. Predictability isn't really a problem since it's built into the basic premise of the show. We all know that Saitama is going to defeat basically each and every silly supervillain he faces with... ONE PUNNNNNNNNNCH!!!!!!!!!!!!! (insert badass guitar riff here) 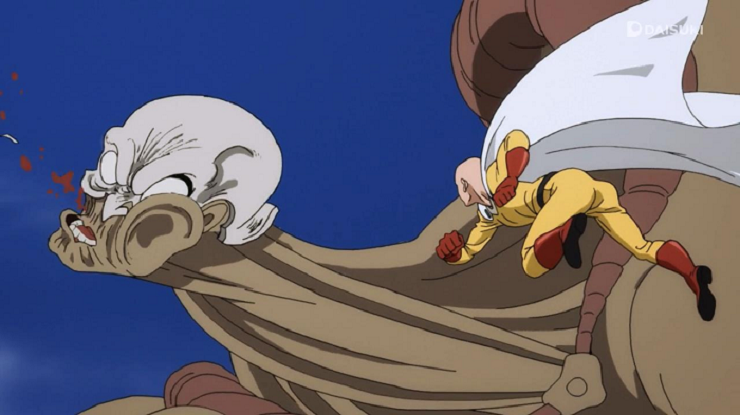 And we know what sort of reaction he'll have to such situations: boredom, ennui, longing for fresh excitement whether from a more challenging enemy or a sale at the supermarket. The series' genius was in its formula: a one joke premise with enough room for variation to stay funny and a central metaphor relatable enough to stay resonant and memorable. 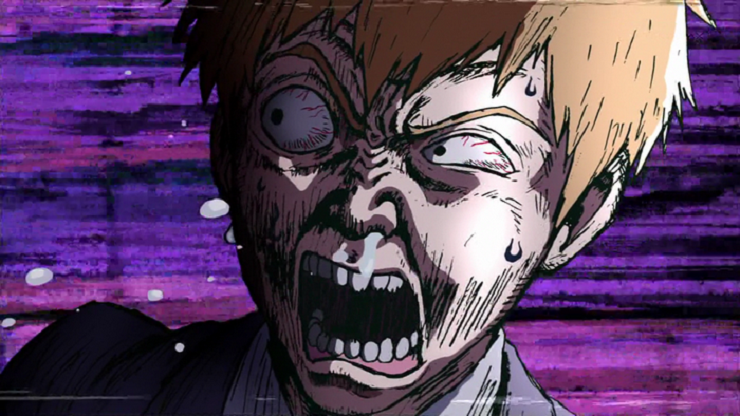 Mob Psycho 100 is a more difficult elevator pitch than One Punch Man. Going from episode to episode, the focus keeps changing, and succinctly summing up what the show's "about" is a more difficult challenge. Is it a comedy about a fraud psychic taking advantage of unsuspecting customers and the labor of an actual psychic talent? Is it a drama about the phoniness of high school popularity contests and the struggle of repressing emotions to fit in? Is it about brothers envious of each other's talents? Is it about fighting demons? Fighting punks? Pacifistically fighting the very need to fight? Challenging a big sci-fi world domination plot?

It's sort of about all those things, and believe it or not, it does all come together brilliantly in the final episodes, but in getting there, the vagueness can be a deterrent for really getting into the show. Just when one thematic focus seems to emerge, the story shifts in a completely different direction. The unpredictability is ultimately a point in MP100's favor because it can be thrilling to experience when the various threads do come together, but it takes maybe a bit too long for that coming together to happen, and the show can feel rather messy because of it. 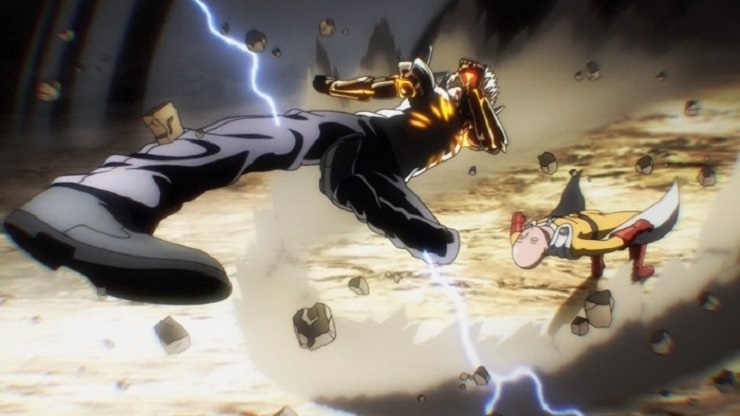 One Punch Man received extra visual polish in the process of going from ONE's crudely-drawn online gag comic to Yusuke Murata's elaborate Shonen Jump remake to Shingo Natsume's lavish animated series. That middle step turned a webcomic nobody would praise for its art into a professional manga where every frame was beautiful, and the anime sure did its all to live up to that standard. Mob Psycho 100 cut out the middle-man, going straight from the webcomic (better drawn than the original OPM webcomic but by no means outstanding) to the anime. 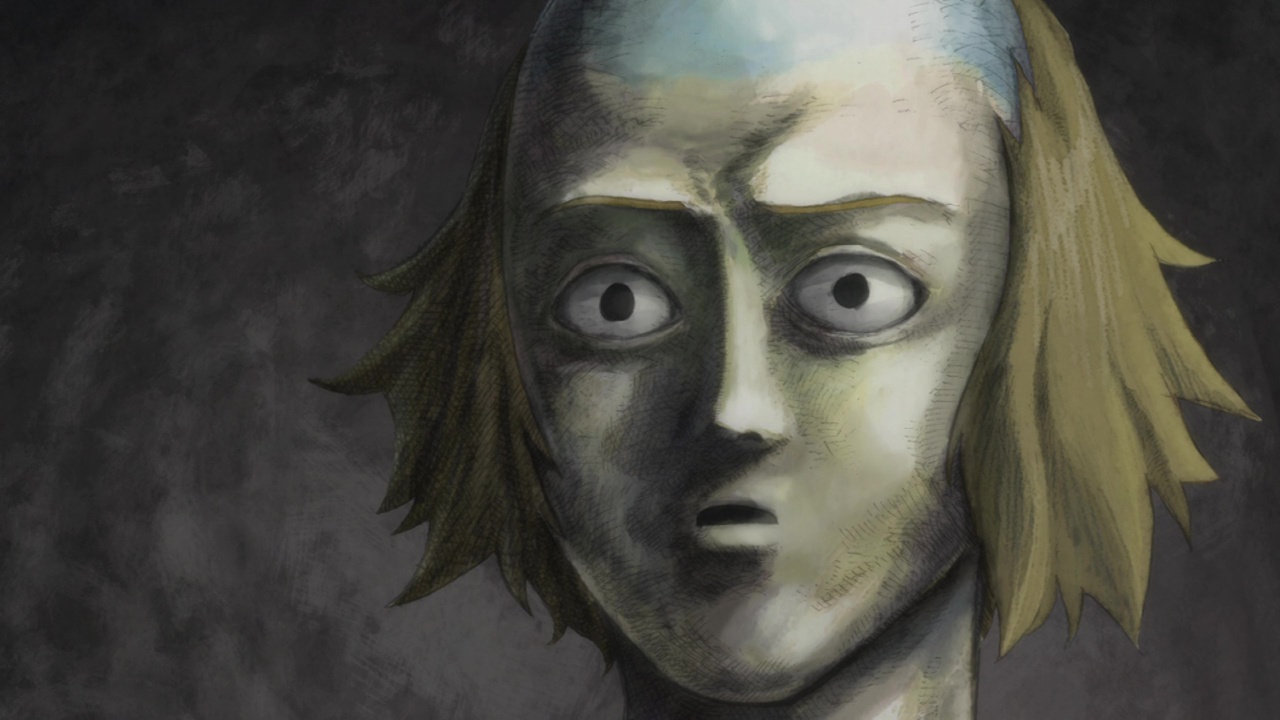 Here's the thing: in terms of animation quality, the MP100 anime was as incredible as OPM is, possibly better at its most impressive peaks. It just happens to use character designs much closer to ONE's art style than the more Murata-influenced OPM anime. As such, quieter scenes from the OPM anime will typically look better in screenshots than similar scenes from MP100. But when MP100 goes all out for a fight scene or when it brings in Miya Sato's hand-painted watercolor-on-glass style animation, few things can provide a sakuga nerd more glee. 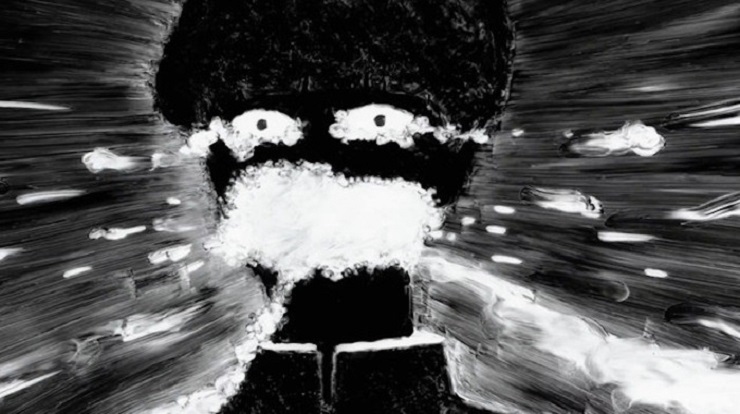 So what is it that ultimately puts Mob Psycho 100 above One Punch Man for me? In the end, it's that I care about Shigeo and his growth as a character more than I care about Saitama's. Don't get me wrong, I enjoy watching Saitama's antics, and I empathize with him in his many "confused 20-something" moments, but by the series' very one-joke nature, he's not a character I expect to see grow or change much (maybe the recently announced second season will prove me wrong and I'll have to revisit this topic).

Like Saitama, Shigeo is an overpowered hero with a deadpan appearance. But where Saitama's main issues with his powers is that he's simply too good, Shigeo's dilemma is that he's unconvinced that his powers are actually worth anything good at all. His ability to see the best in others makes him downright lovable, while his struggles with his own emotional repression hurt deeply in ways OPM never approached. Yet where there's pain, there's also potential for great joy. Of the many wonderful things about the show's final episode, few are more wonderful than seeing Shigeo truly break out of self-inflicted destruction and begin to embrace his constructive potential.