Some anime are awesome because they're based on awesome ideas. Others are awesome… even though they have really stupid premises. Have you ever stopped to consider the premise of your favorite anime? We have. 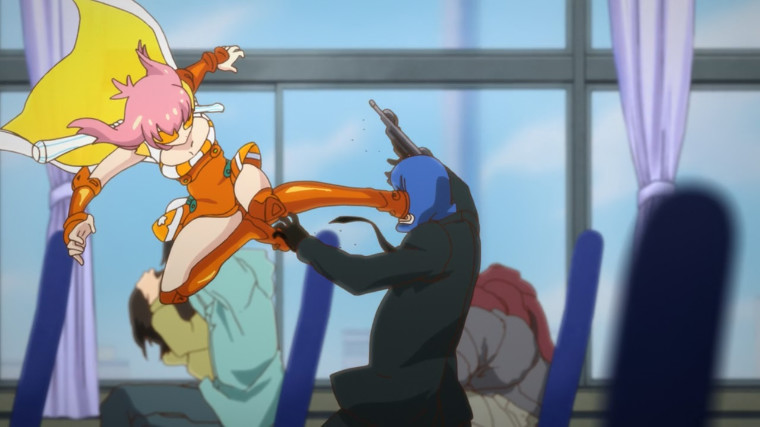 Anime doesn't need a good premise to be fun to watch.

A group of pirates sail the seas in search of adventure. A young man discovers he has the power to end anyone's life with the stroke of a pen. These are intriguing premises that make us want to watch the anime. And plenty of anime are based on some really interesting ideas.

Some others, though? ...Not so much. The premise of pretty much any ecchi and harem anime is pretty silly out of context, and only serves to set up the scenario:

See what we mean? Even if the resulting anime is good, the premise often isn't all that.

Other than these ecchi setup scenarios, you can usually tell how good an anime will be based on the premise. An interesting premise makes for an interesting anime. A bad one often leads to a bad anime (or at least one that clearly doesn't care much for plot).

But sometimes, something magical happens. An anime with a completely and utterly idiotic premise… ends up being pretty damn good. Below is our list of some anime that's excellent, despite being based on a really stupid idea.

[edit] Anime that had a weird premise because they really were just weird were left out. The following anime sounded like they would be bizarre, but ended up being thoughtful and excellent. 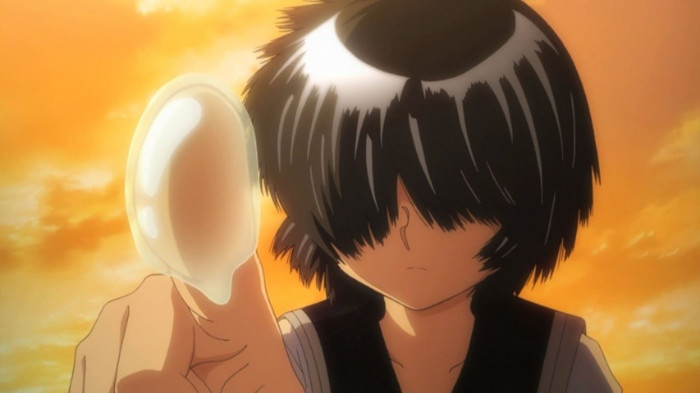 The Stupid Premise: A guy tastes a girl's drool, and weird things start happening to him.

Why We Enjoyed it Anyway: Mysterious Girlfriend X could have been just a gimmick. Yet, despite the ridiculous premise behind it, the series surprises viewers with excellent writing and an intriguing ride through a high school's first romance. 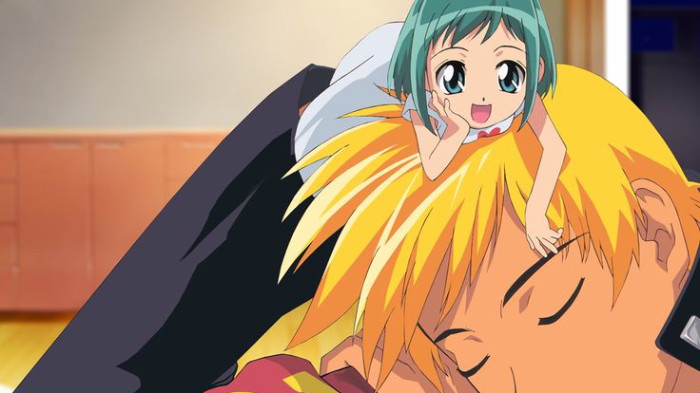 The Stupid Premise: A girl gets turned into her crush's right hand.

Why We Enjoyed it Anyway: Oh there are so many ways this one could have gone very, very weird. A tiny girl coming out of a guy's arm instead of his hand is definitely weird, and honestly, kind of creepy. But instead of feeding someone's very specific fetish, the series manages to completely ignore how odd it is, and instead tells a heartwarming, innocent, and surprisingly enjoyable love story. 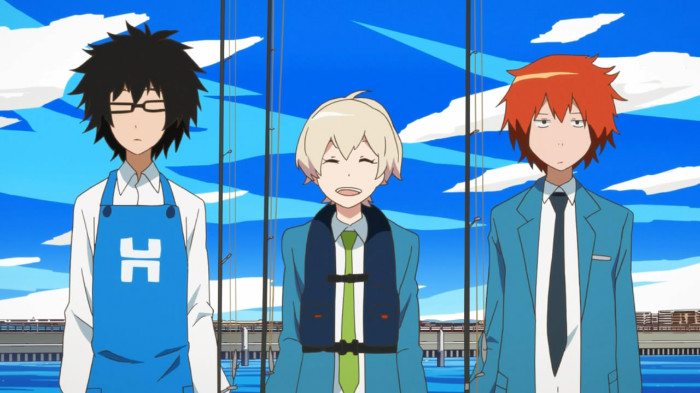 The Stupid Premise: Aliens visit Earth and teach a random guy to fish.

Why We Enjoyed it Anyway: For a fishing anime, this one's pretty weird. Aliens, ducks, secret societies -- you name it, this anime has it. But underneath everything, what it is, is an anime about finding a purpose. The likeable characters grow as people, learn the value of friendship, and get really good at fishing thanks to their alien friends. Throw in saving the world in an unlikely way, and you have yourself a compelling anime. 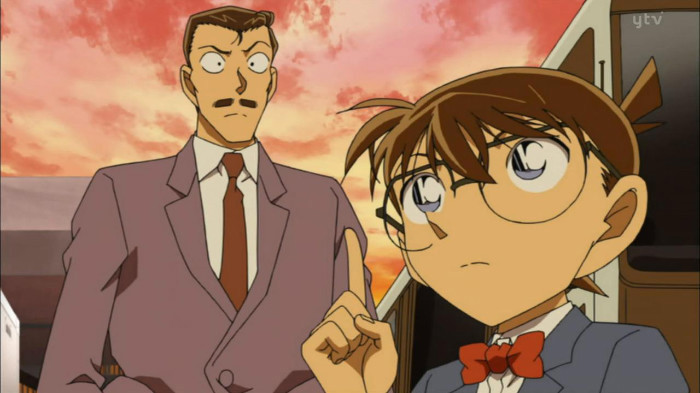 The Stupid Premise: A brilliant detective is drugged, and wakes up in the body of a 7 year old.

Why We Enjoyed it Anyway: Did you ever really think about the premise behind Detective Conan? After an impressive number of episodes, the original idea gets lost, and the series becomes about a young genius. But that genius is still a man trapped in a child's body because why the hell not, it wouldn't be an anime without some weird aspect to it. Despite this, the anime rises above its odd origins, and has become a classic for its great mysteries and crime-drama feel. 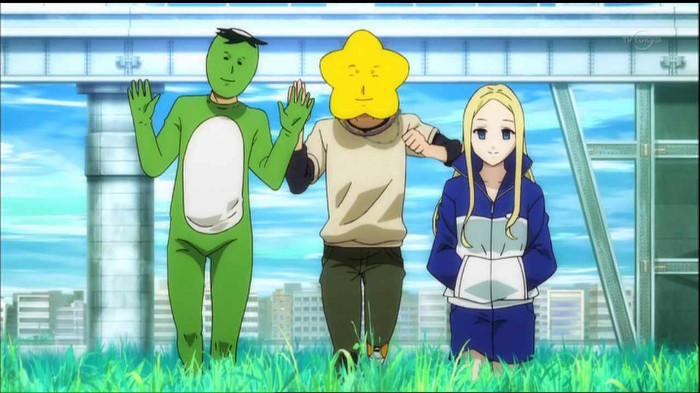 The Stupid Premise: A rich guy agrees to live with homeless people because he refuses to owe people favors.

Why We Enjoyed it Anyway: The idea is strange, and it keeps the strange going all the way through. But it's just so charming. A whimsical cast of characters, a bizarre scenario, and a location full of life turn something that could have been a disaster, into a philosophical romp through life. 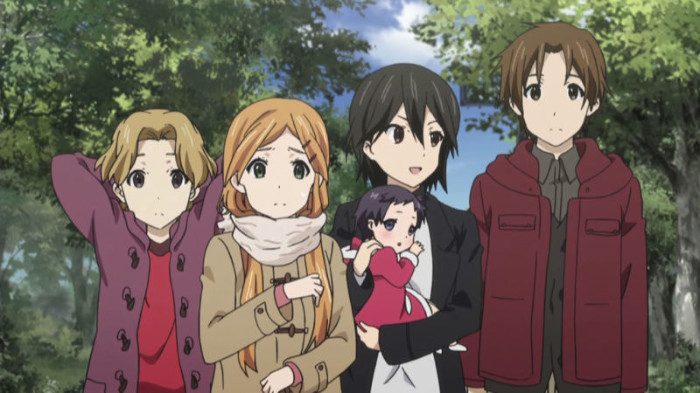 The Stupid Premise: A group of friends suddenly switches bodies at random.

Why We Enjoyed it Anyway: Show us an anime about body switching of any kind that is not an ecchi. Kokoro Connect could have easily been just another typical anime to add to that list. Instead, it takes a more serious approach to the idea, and does it remarkably well. 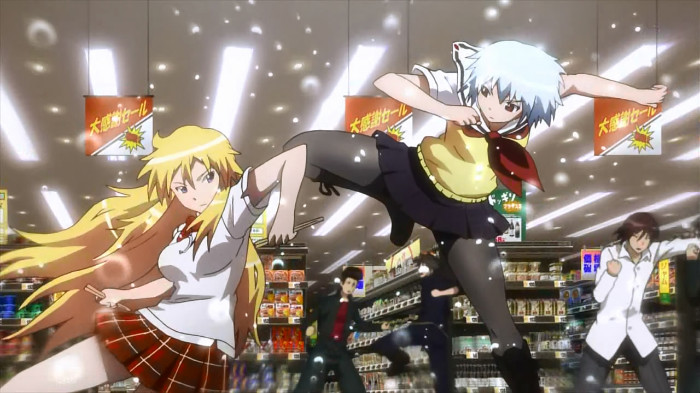 The Stupid Premise: Students fight each other over discounted boxed lunches.

Why We Enjoyed it Anyway: Going into this, you might expect a typical harem anime. Once you're in, though, you realize you've entered the anime girl version of Fight Club. You know what that means: our lips are sealed. 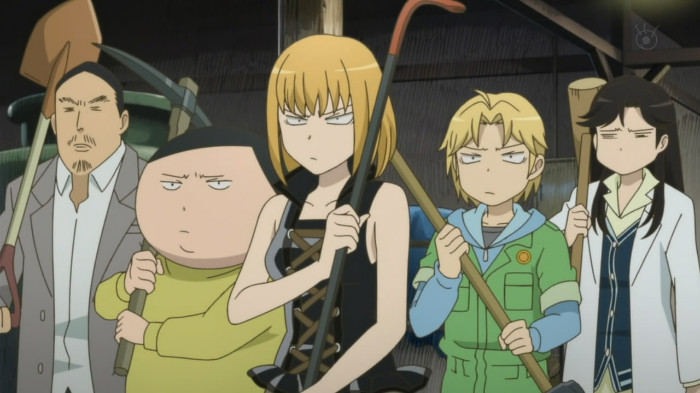 The Stupid Premise: A guy can communicate with bacteria.

Why We Enjoyed it Anyway: Moyashimon is a quirky and thoroughly enjoyable series. The idea behind it is not played as a gimmick. Instead, it's used to present a truly unique anime praised by fans for its creativity. 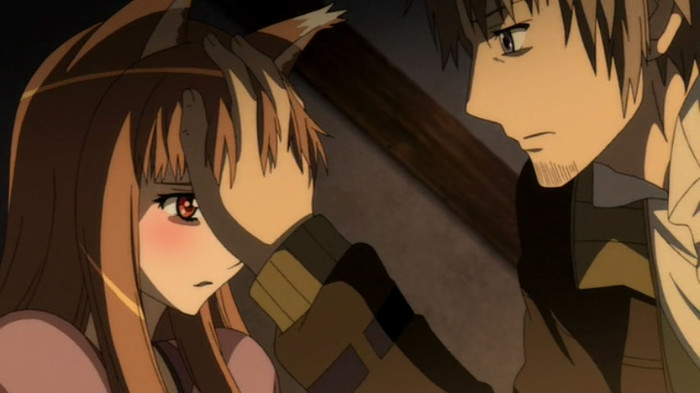 The Stupid Premise: A wolf goddess in Medieval times learns about love and economics.

Why We Enjoyed it Anyway: Spice and Wolf sounds like a stupid idea, but the amazing characters make the show an instant classic among many. Among all the talk about trade- and merchant-related dialogue is a burgeoning love story. This is one you have to watch to understand what all the hype is about. 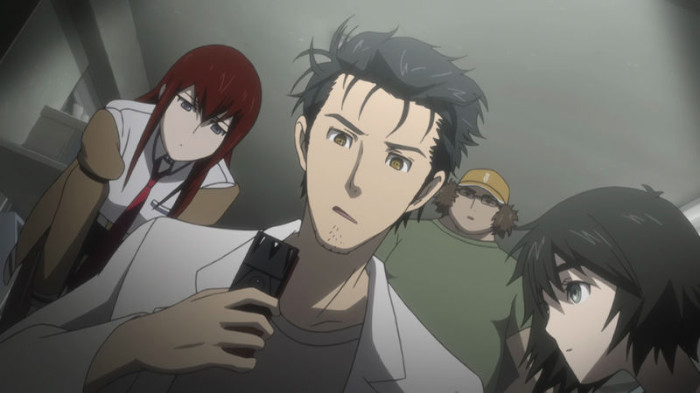 The Stupid Premise: A group of nerds accidentally build a time machine in their microwave.

Why We Enjoyed it Anyway: We don't need to tell you why Steins;Gate is amazing. Chances are, you've already watched it. If you haven't: it's a deep, engrossing take on time travel, relationships, and fate. What are you still doing here? Go watch it!

You know what? When you reduce any anime to a single sentence premise, it tends to get... weird. Call it stupidity, call it creativity, depends on your point of view. How many of your favorite anime have a really stupid premise, when you stop to think about it?