The DTO plan targets another inmate and the mind games are a lot more devastating than the previous ones. There is also an ominous message in a Go board left for Kiyoshi to figure out. All this and much more in this episode of Prison School. 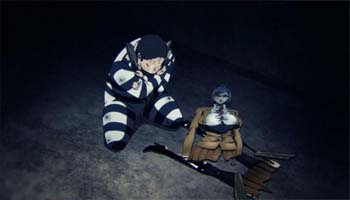 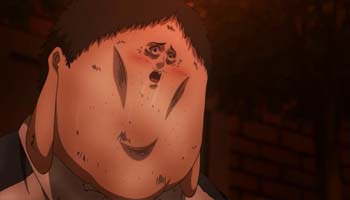 In this episode of Prison School, the DTO plan finally succeeds in its goal of having the boys expelled. Last week, the DTO plan felt weak after Gakuto managed to overcome Mari's trap. It came to a point where there was no need to worry about Mari's plan,since she underestimated the prisoners. After two failed attempts, it was unexpected to see the DTO plan work in one fell swoop when Andre and Shingo are targeted, and they were caught in their prison escape. Mari's plan is actually a lot more detailed and meticulous than it appears to be. Last week, there was dissension in the ranks when Meiko was forced to wear a uniform too small for her. It turns out that this is all part of Mari's plan to mentally torture Andre, and it works effectively on the inmate. Being denied punishment, Andre completely lost it. He is constantly asking for punishment while he stares blankly and looks utterly defeated. The DTO plan worked like magic, when Andre is lured to break out of prison by Meiko, calling out to him to receive his punishment. It was pretty unexpected for the plan to work smoothly but Mari timed everything perfectly. She even made sure Kiyoshi and the others aren't in the picture. She took into account Andre's weakness and the inmates supporting each other to make sure the plan works perfectly. The prisoners have an added three months to their prison sentence. It's not enough though, because she also set a trap for Shingo. 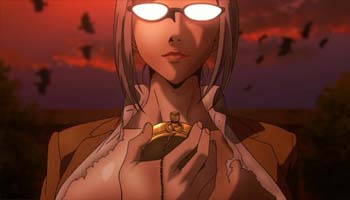 Last week, Shingo met a girl outside of school. She was into Shingo, and even invited him to watch a movie with her when he is free again. Meiko grants his release, and specifically asks him to return by 6:30 PM or else it'll count as a prison break. As it turns out, Anzu really has ulterior motives for getting close with Shingo, as she was the trap to get Shingo to break out of school. With him caught escaping prison, the boys are now going to be expelled. The DTO plan worked like a charm, and it's amazing how Mari laid out the necessary traps in a smart fashion. It's unexpected for the boys to be expelled this easily though. Kiyoshi and the inmates have yet to do a counter attack so the story might not be over yet. 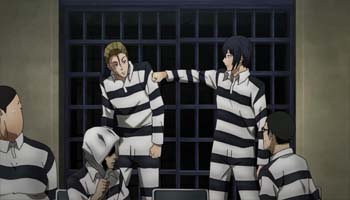 The inmates realized that the Underground Student Council has been setting traps to get them expelled. As expected, they are now banded together to take on the Underground Student Council. They must now prove that Mari tricked them into violating the prison rules. It'll be hard to prove though, since the boys only have days before they're expelled, but they're motivated to prove their innocence. Much like Mari's plan, the boys' counterattack looks to be another unexpected plan full of intricate details. It's exciting to think about it, as we have witnessed the boys' capabilities in the previous episodes. The next story arc proves to be the anticipated mental chess game the story has slowly built up. 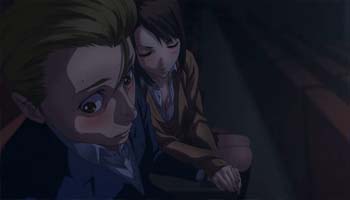 Shingo is a standout in this episode. As it turns out, he fell right into the hands of the Underground Student Council when he was lured into meeting Anzu. He didn't even realize he was being played, and Anzu is actually more than just a girl who picks up guys at an arcade. Shingo's realization that he is a jerk is a highlight of the episode, and seeing him get punched in the face is a lot more satisfying due to the buildup beforehand. 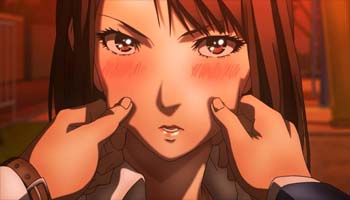 Gakuto is a genius able to come up with intricate plans, which have a lot of elements to them, since we've seen him come up with a solid one that got Kiyoshi to escape prison. Joe is a perceptive individual able to study his surroundings and relay necessary information to the group. Shingo has close ties with Meiko, even after being tricked into escaping prison, while Kiyoshi is the ringleader that bands the inmates together. This collective force might clash with the Underground Student Council soon, and it'll be pretty amazing to watch. Playing by prison rules and being constantly watched by the Underground Student Council gives them a disadvantage, but it just adds to the excitement when their plan does work out as smoothly as the DTO plan.