Two Kill la Kill fans proposed to the cast—individually and collectively—during the fan questions segment of their panel. That should give you an idea of the tone of this event. Throughout the panel, it was clear that Erica Mendez (Ryuko Matoi), Laura Post (Ragyo Kiryuin), Ben Diskin (Takaharu Fukuroda, Kaneo Takarada), Matthew Mercer (Aikuro Mikisugi), and David Vincent (Senketsu) had all been brought close by the making of the show. Their energy and comedic timing kept the audience laughing almost nonstop for the full hour, and it's a shame it wasn't recorded in full. Here is my best recollection of what transpired from the notes scribbled in my Death Note. Yes, it's hard to write while laughing. 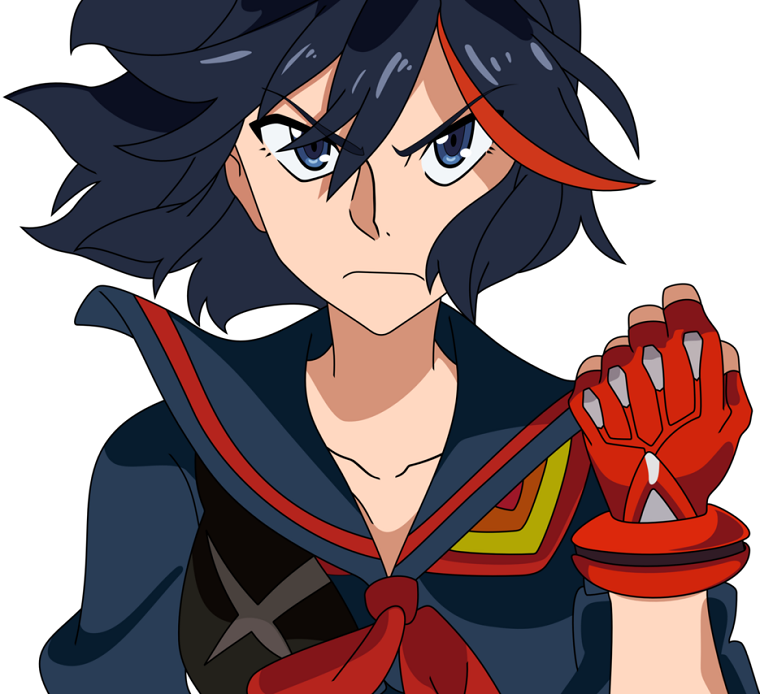 Erica, what was your approach to doing the voice of Ryuko Matoi?

Erica Mendez: Do my best not to get fired....Ryuko is so cool and badass, everything I'm not! 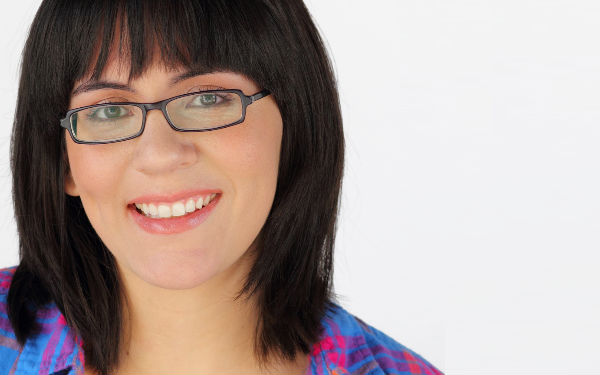 What's with the yelling?

EM: I don't know...Japanese people like to yell? God, that makes me sound so racist...

What sets your characters apart from the others? How did you react when you first found out about Kill la Kill?

EM: An anime with an unlikely weapon? No way...

How was your experience working with the director [Alex von David]?

MM: He's great. He's very adaptable. He knows—he's very specific about what he wants, but if you bring something unexpected to the table that he likes, he'll admit that it fits really well and try to work it in.

What was the hardest Japanese pronunciation?

MM: "Kiryuin." We spent an hour in the booth getting it right, because Alex was very particular about how he wanted it to sound!

LP: For me it was anything to do with "Kiryuin clan." Those two words together are like the opposite of Nutella and bananas. 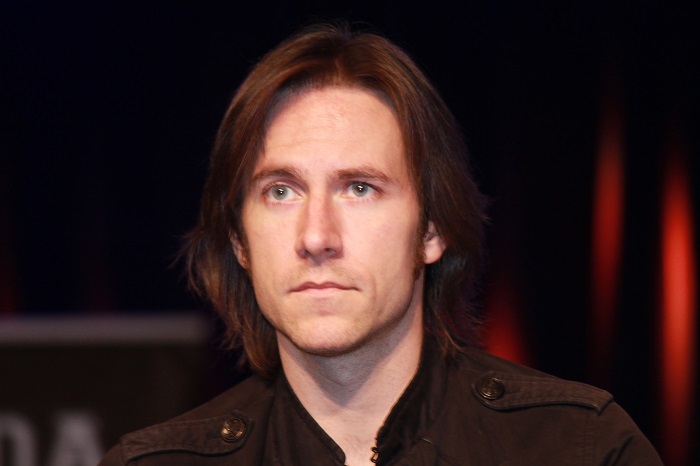 How did you preserve your voice throughout all the screaming?

MM: Throat Coat tea. [Huge applause.] I've done a lot of cons and I've learned that if the crowd cheers for anything, let 'em have it! I did not expect everyone to cheer for Throat Coat tea.

After the initial Q&A the floor was opened to fans' questions. Predictably, it got weird.

Are any of you single? [Laughter]

But I have a granola bar...

Erica, what is your favorite line from the show?

EM: "Who needs training when you're pissed off?" It just encapsulates Ryuko's personality so well. 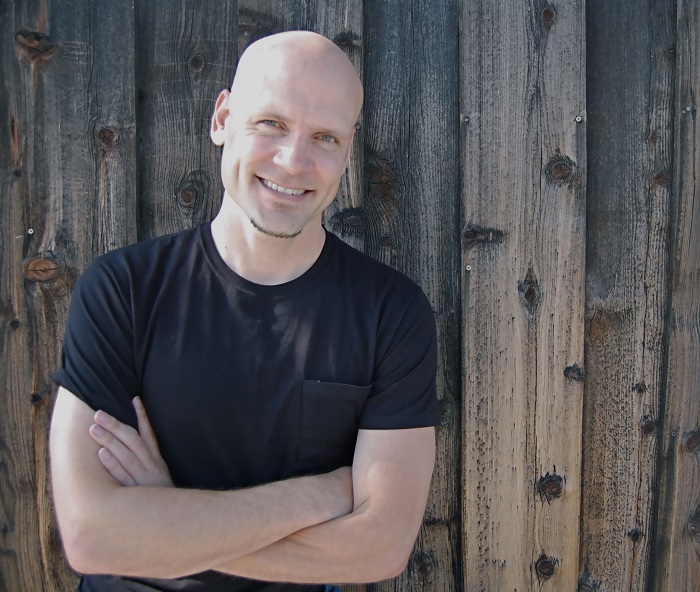 David, what was your favorite part of voicing Senketsu?

DV: His absolute craziness. He's a sentient sailor uniform and goes into tangents about getting ironed and washed and things. The seriousness of the character and that wackiness really appealed to me.

Did you take any cues or inspiration from the Japanese version?

EM: We did have to listen to the Japanese just to get a feel for it, but we didn't try to get it spot on. Some of it doesn't work in English, but we tried to stay true to it.

BD: For example, for me [Kaneo Takarada] I'm an Osakan, but that stereotype doesn't translate, so we made me kind of a pimp, sort of completely against the Japanese. It worked!

Do you like violent and gory shows in general?

MM: I like it. I like gore if it works with the narrative. I enjoy these things where it's done well in the environment, because it can tell a powerful story in that way.

LP: The goriest thing I've seen is Attack on Titan, so not really?

Do you think there could ever be a live action Kill la Kill?

MM: The first question we'd have to answer is "How?"!

LP: CG is the answer. If there were a live action version, I don't think I'd be old enough to watch it! 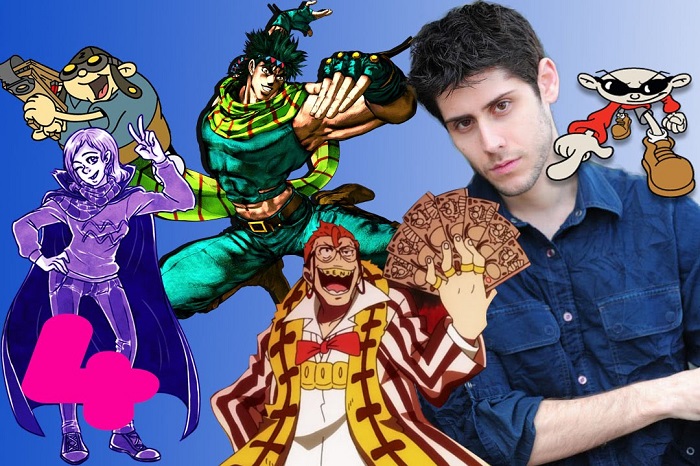 Were there any scenes that made you blush or made you uncomfortable?

EM: Bath scene. I wasn't even involved and I was secondhand embarrassed for Laura.

BD: Definitely when I was getting that sword up my butt.

Why was there so much cursing in the English version compared to the Japanese?

LP: When you get the script when you're doing a dub, you watch the original first. There's definitely more cursing in the English, and Ragyo doesn't curse, but Ryuko does a lot. Dubbing is about capturing the spirit of the original, and that's why it's about adapting and not just translating. It's an angry show, and it's about getting the true intent of the script for English, so if that means more cursing, so be it! Kill la Kill is a comical show, but were there any serious or personal moments for you during the dubbing?

EM: There's a point were Ryuko has gone a little crazy and she's trying to explain that Senketsu isn't a monster. If you really have a serious friendship in an anime, that gets to me. I couldn't help but tear up during that monologue.

DV: No spoilers or anything, but there's a really touching scene where Mako's acting like a jerk. Ryuko essentially dares her to "Do what you're going to do," and she realizes she was being a jerk. And 30 seconds before that I was laughing! It's a real roller coaster.

MM: So Mikisugi has made a bunch of DTRs [mechs] that nobody was using, and when you do some big stuff for your friends and they don't appreciate it — well, that's my life usually, so there was a real moment of connection.

BD: Probably when I was getting a sword up my butt. So beautiful! 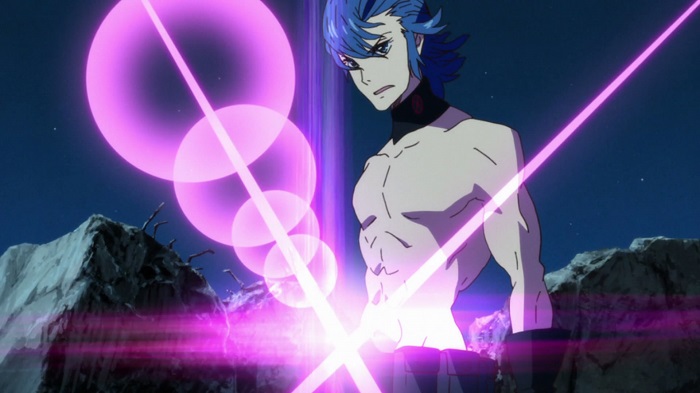 How did you react to Matt's [character's] shining nipples?

EM: I told Matt to put his shirt back on. It wasn't studio appropriate! 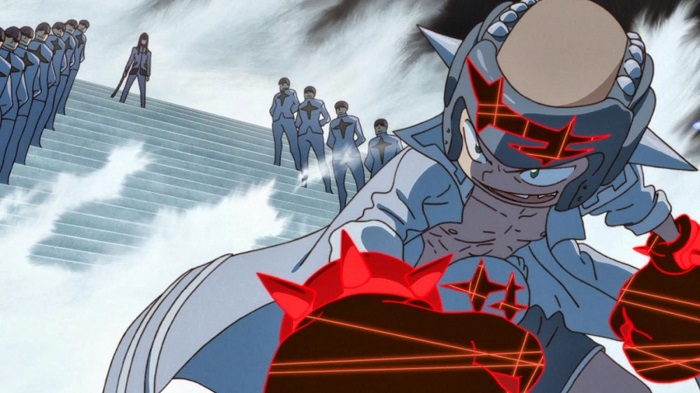 Which scene did you have to retake the most?

DV: There was a particular rooftop conversation between Senketsu and Ryuko that wasn't connecting. It took us three sessions and we had nothing; by the end of the third, Alex was like "No results? We're done." It clicked, finally!

EM: The "goddamn stray" line. Alex was super particular about that, so it took a while.

KT: I played this other character, Takaharu Fukuroda, and I couldn't say his name right. It took three hours to record a character with very little lines because as Erica said, Alex was big on attention to detail.

How important is the direction of a show?

MM: The quality of a product depends on trust between the actor and the director. So when you respect the director's vision and are willing to collaborate, and when the director knows you really well and can play to your strengths, it works really well.

Who is your waifu?

EM: If I had one she'd probably be from Love Live.

MM: I still carry a torch for Tifa Lockhart. Liara from Mass Effect too. Her and my lesbian Shepard's relationship meant the world to them! Never cheated, never would.

[Mikisugi cosplayer, complete with glowing LED nipples] Matt, your eyes locked on me during the waifu question and I felt a beautiful connection.

MM: [To a Deadpool who came up behind said cosplayer and felt up his chest] This is a kids' panel, sir!

EM: I think I found a new waifu.

How does Mikisugi lose his stubble when he takes off his disguise?

MM: I think it's retractable like Wolverine's claws. That would be so useful!

Will one of you marry me?

MM: Do you have a granola bar? Because that other guy did.

EM: Are there any other marriage proposals? [Several hands go up]

LP: We need to put all the marriage proposals in a fishbowl and just pick one.

How many Makos does it take to screw in a lightbulb?

EM: All the Makos in this line.

LP: Two—one to screw it in and one to monologue about it!

[From another Deadpool] David, how did your hair get so shiny?

If you could have a one-night stand with Ryuko or Satsuki, who would you pick?

DV: Not Satsuki, but I'm already Ryuko's sailor uniform, so...

What's your opinion on running with scissors?

EM: Don't do it! But Ryuko seems to do it all right. Losing her way, though...happened plenty of times.

MM: I would love someone to do a cosplay with a giant pair of safety scissors.

Was there a ever a moment during the show when you couldn't stop laughing?

LP: When Sanageyama says "Impossible!" and his voice cracks!

MM: When Mikisugi says "Nudist Beach." The best part is the camera zooming in on his lips.

LP: No, no, you know what? [Spot-on impersonation of Mako getting on the light rail in episode 1]

DV: Any time I got a preview of Mako [Christine Marie Cabanos] doing her lines, I lost it.

BD: When Mikisugi's clothes are slowly sliding off and Mrs. Mankanshoku's looking at him like "Daaaaaamn..."

David, how weird was Ryuko's first encounter with Senketsu for you?

DV: Look, Alex said to me "Dude, you gotta go over the top." It worked! 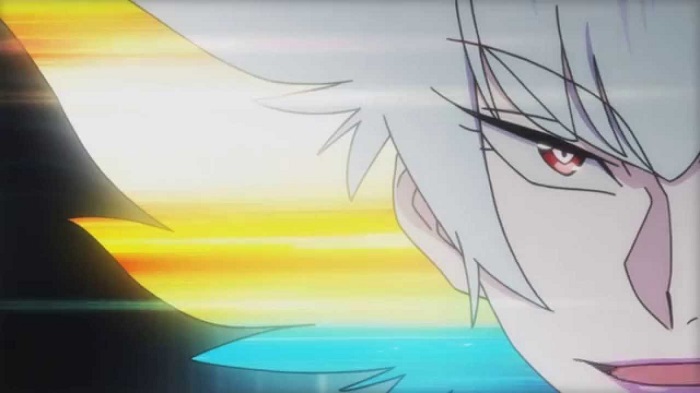 Laura, did you ever get creeped out doing any of Ragyo's scenes?

LP: She's complicated, man. She's great, she's really scary, but what's creepy about her is that the stuff she's doing has no impact on how she sounds. She's doing awful things and being calm and conversational. There's such a disconnect between one and the other, so I was kind of able to disconnect myself from what was going on. 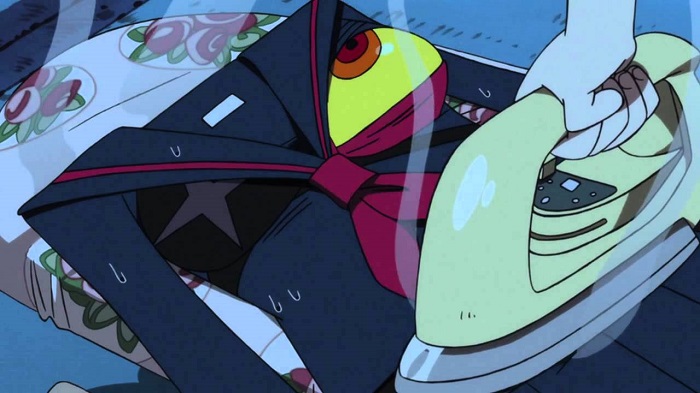 David, how did you get into character?

DV: Well, first I'd iron myself—no, I'm kidding. We call it "singing into the voice." They play back your voice and you repeat it in that voice until you get it back into continuity.

How did you introduce or explain Kill la Kill to other people?

EM: I watch with my boyfriend, so it was no problem. Still won't let my parents watch it!

DV: My wife understands that I do a lot of voiceover, so we DVRed it and started watching it one night after we put the kid to bed. Literally five minutes in she turns to me and she's like "Really?"

Don't Lose Your Way!: A Talk with Erica Mendez

In just six years of voice work, Chicago-born Erica Mendez has taken the anime world by storm. She's lent her powerful pipes to Ryuko Matoi, Sailor Uranus, and most recently Gon Freecss! We talked voice acting, video games, and the weird world of fame on day 3 of MomoCon.