One of the topics we discussed on a Random Curiosity podcast a couple of years ago was the one trait that unifies our favorite series – what do many of the anime we love have in common? It was a fascinating exercise looking through my favorites list, trying to see the thread that tied them together. Of course there was no single trait that applied to all of them, but I did manage to pick out a pattern: the bait and switch.

What do I mean by that? Simply put, a lot of the shows I liked the best were shows that initially presented themselves as one thing, and wound up being something quite different. That I like surprises and hidden depth was certainly no shock to me, but it was interesting to see how prevalent this trend was. We draw our initial impressions of a series in many ways – from the title, the promo art, the genre tags, and the previews. A lot of our preconceptions are generated by the external factors of the production itself, which implies that often this deception is intentional.

Not surprisingly, one theme I saw frequently among these entries on my favorites list was that they were either little-known or poorly rated. Little-known because most potential viewers never gave them a chance based on their preconceptions, or poorly rated because the audience felt betrayed by having the rug pulled out from under them.

The following is a small sampling of series that fall under this umbrella – including a striking example from the current season: 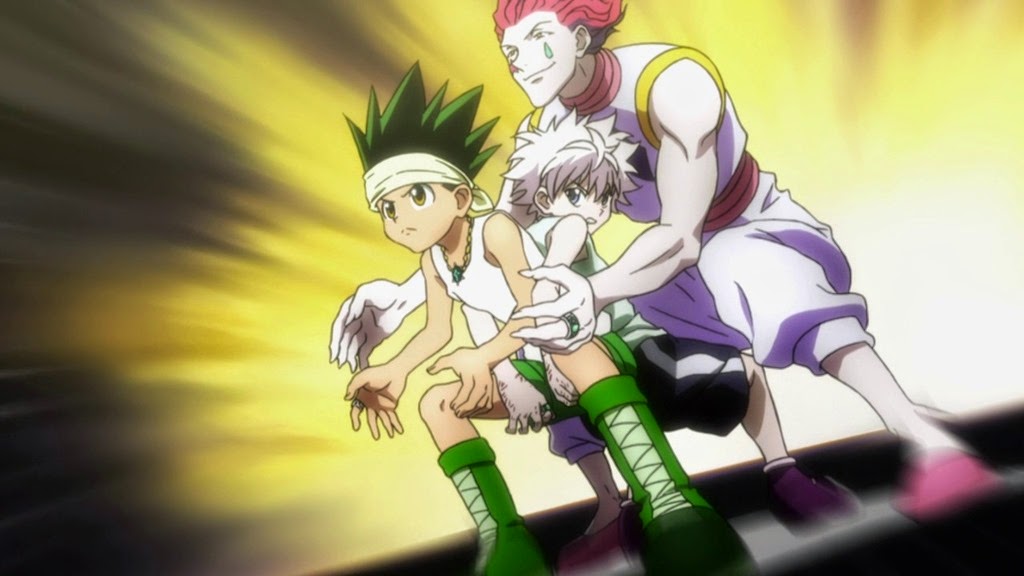 Let’s lead with the series that finds its way into so many of my editorial pieces, because a whole new generation of viewers is experiencing this phenomenon as it airs on Toonami. Speaking from personal experience, there’s definitely a disconnect between what Hunter X Hunter projects about itself and what it actually is.

Certainly a major part of this is the character designs, which prominently feature the kawaii kids Gon and Killua. But it’s also the content of the narrative itself. It hardly seems possible that the first few episode of the “Hunter Exam” arc and the “Chimera Ant” arc are the same series – but so they are. The first real indication that something is up is Hisoka’s arrival on the scene, but even that does little to prepare the audience for what’s to come. 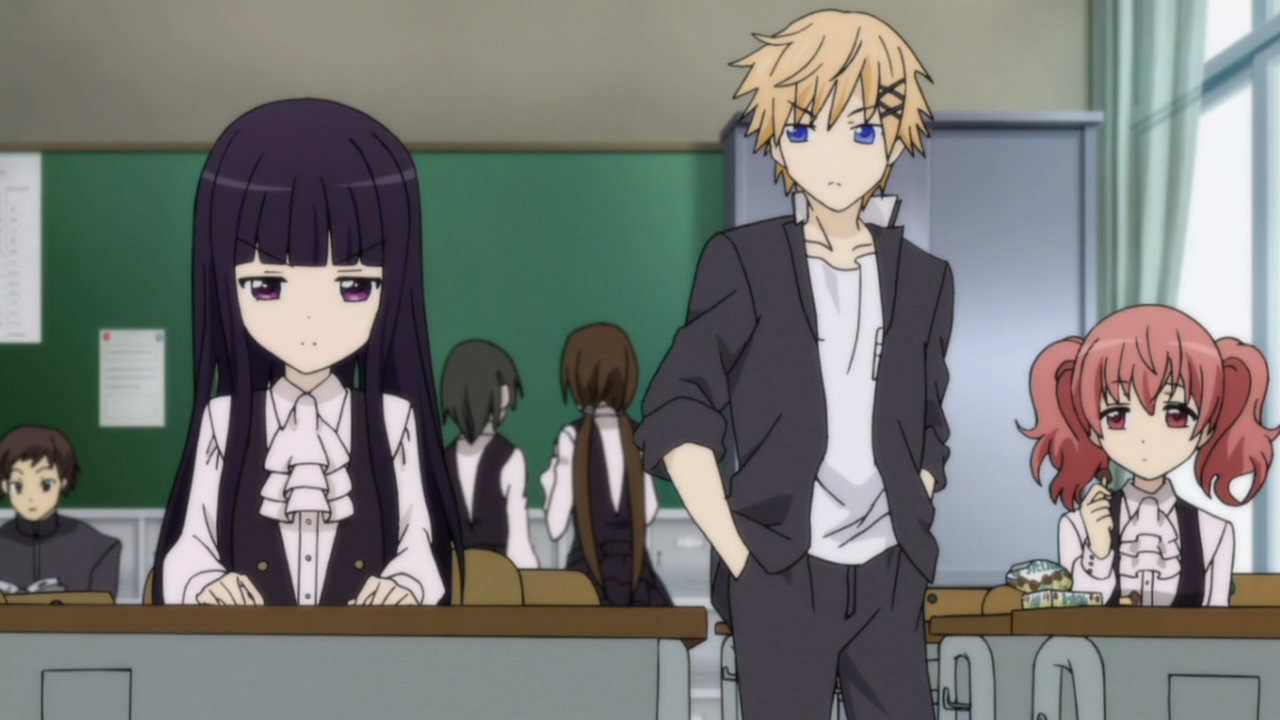 I’m not sure just what I expected from Inu X Boku SS – in fact, I didn’t even start watching it until the series was almost halfway finished with its run. It was word-of-mouth that convinced me to give this series a shot, and I was never sorry I did – it’s a far more challenging and complex story than one might think.

There’s a reason why Inu X Boku was that rare show that appealed to male and female viewers (as measured by the almost exactly 50/50 split in Blu-ray and DVD sales), because it seamlessly combines tropes from several different demographics and genres. While the anime was a hit it seems unlikely that we’ll ever see a continuation, due to the tragic death of mangaka Fujiwara Cocoa at just 31 years old. 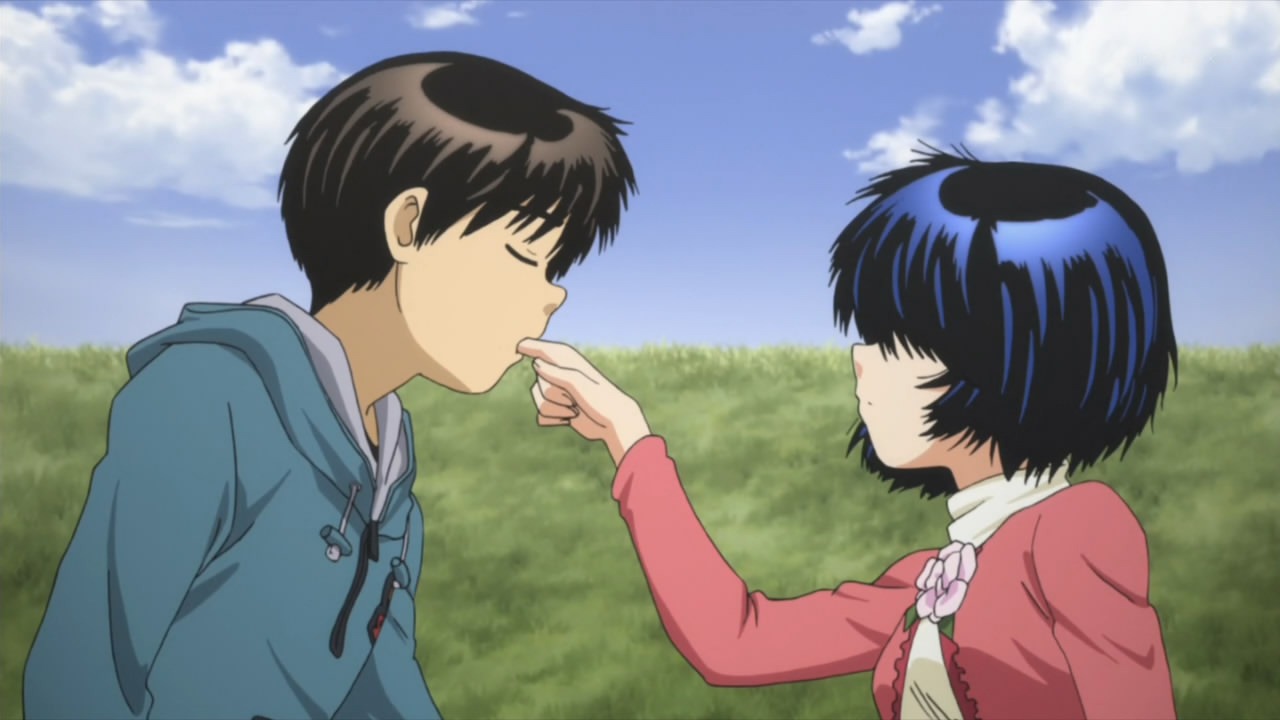 My initial response to Nazo no Kanojo X? 'Gross!' Let’s face it – the central conceit of the show (a boy starts experiencing weird things when he ingests a girl’s spit) is both bizarre and off-putting. But of such things are lists like this generated, and Nazo no Kanoko X is so much more than its gimmick.

It combines a fabulously retro 70’s art style with tremendously smart writing and brilliant direction from the under-appreciated Watanabe Ayumu. Mangaka Ueshiba Richii once described this as a giant robot series where the girl is the giant robot, and all I can say is, once you’ve watched the anime that explanation will make a whole lot more sense. 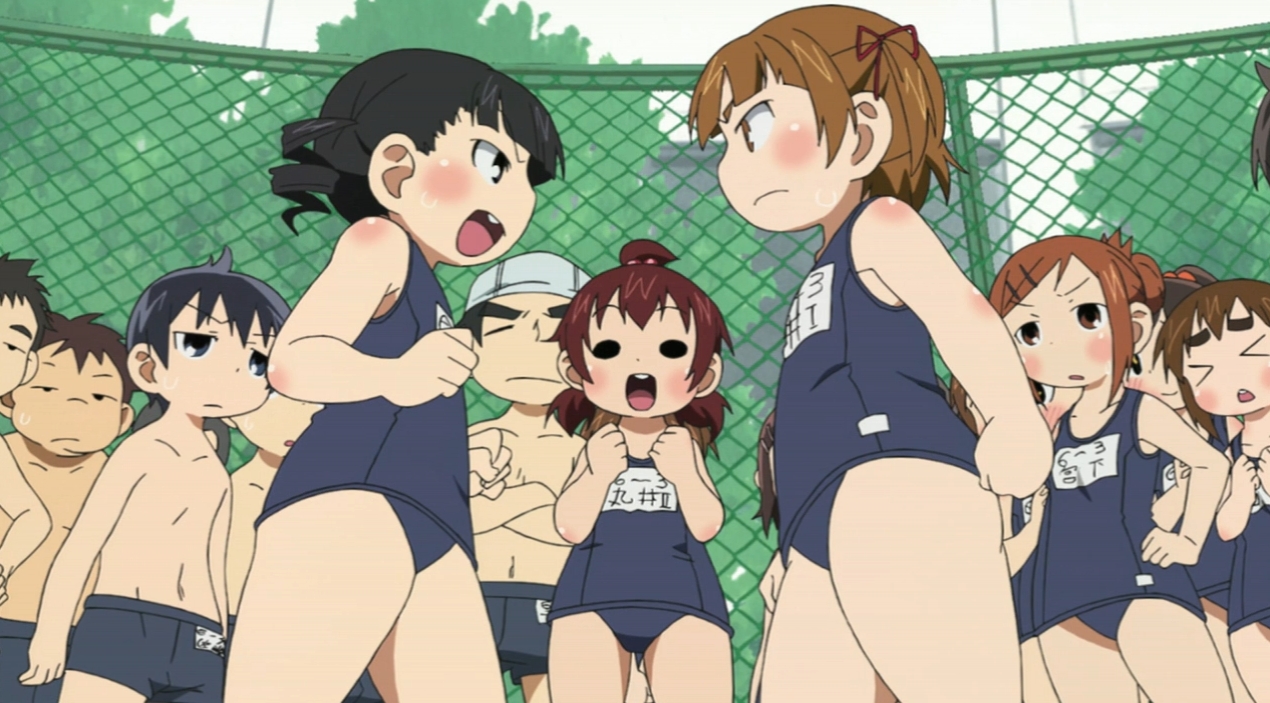 Not only did I have a mistaken impression of Mitsudomoe before the series began, I kind of hated it after the premiere too. But I kept watching – partly due to the reverence I hold for Oota Masahiko as a comedy director. And boy, am I glad I did – through two seasons (the second sadly kneecapped at eight episodes) Mitsudomoe proved to be one of the funniest anime of the modern era.

It has a very dark edge, no question about it, and leaves good taste and propriety at the door from the get-go. But once you lose the impulse to be offended, you realize just how clever and inventive the comedy is – and just how versatile the series is when it comes to getting laughs. The barrel roll-Mozart sequence remains one of my favorite anime scenes ever. 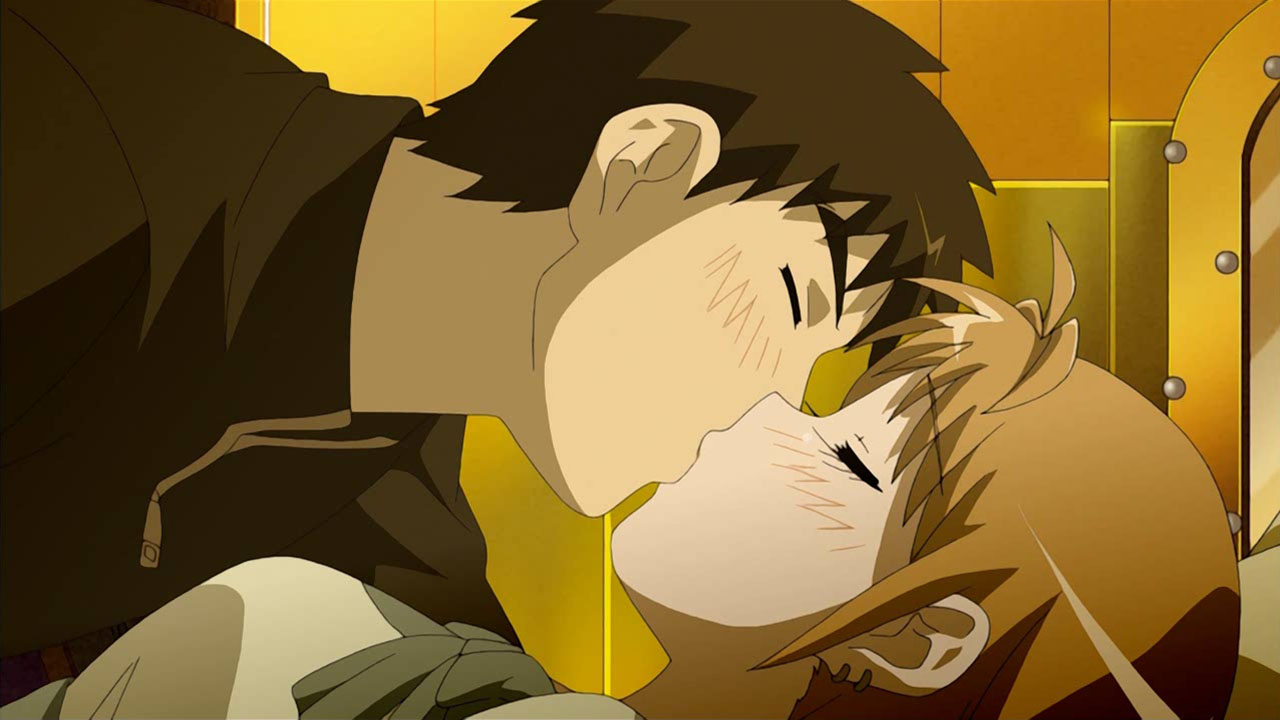 Truthfully, B Gata H Kei is one of the easiest cases to make of any series on this list, because it’s so dramatically different in execution than what it projects in its own advertising. Sure, it’s a series about a high school girl who’s desperate to have her first intimate encounter. Yes she’s a bit obsessed with sex, and the series can get quite raunchy at times. But this show is really about the emotional side of first love more than the physical – that just happens to be a much tougher sales pitch to the prospective audience.

As is often the case the manga is a better option in some ways, since it sees the story through to its conclusion while the anime stops in the middle – but the anime does end on a grace note, and is well worth your time if you’re a fan of romantic comedies. 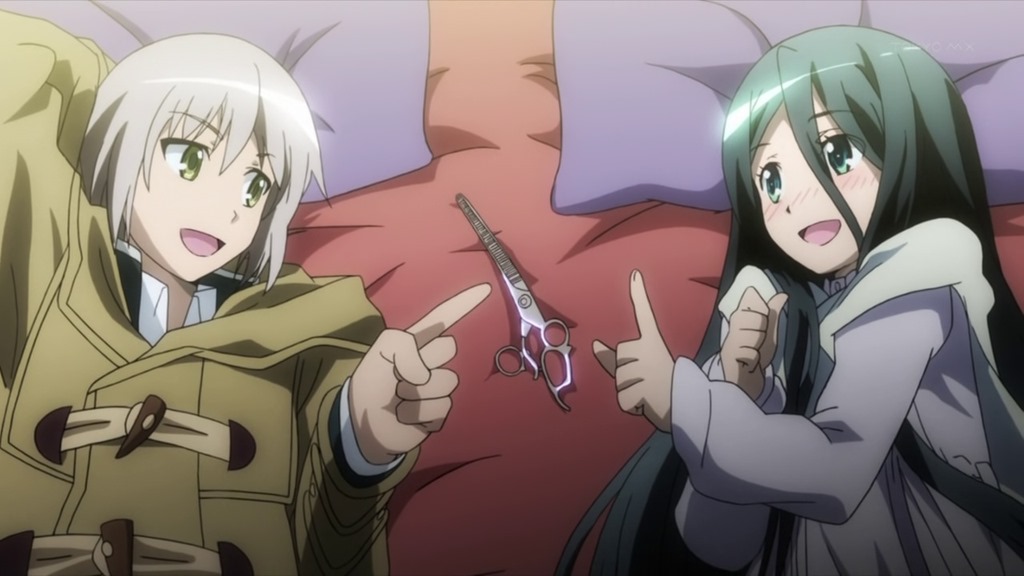 Here’s a show that I hold in far higher esteem than the general anime viewing public does (that’s something of a theme, both of this list and generally) but I think it belongs here for a couple of reasons. First, despite being produced by Studio Gokumi, Dansai Bunri has more of a Gainax vibe than just about any series of the 2010’s. Most of the animation staff worked on Tengen Toppa Gurren Lagann, and it really shows. And second, because the content of Crime Edge is far more disturbing and disquieting than one might guess from the visuals. Effectively this is a series about fetishism in all its guises, including the way 'normal' romantic love is often tinged with it. Strange and beautiful, that’s what this series is. 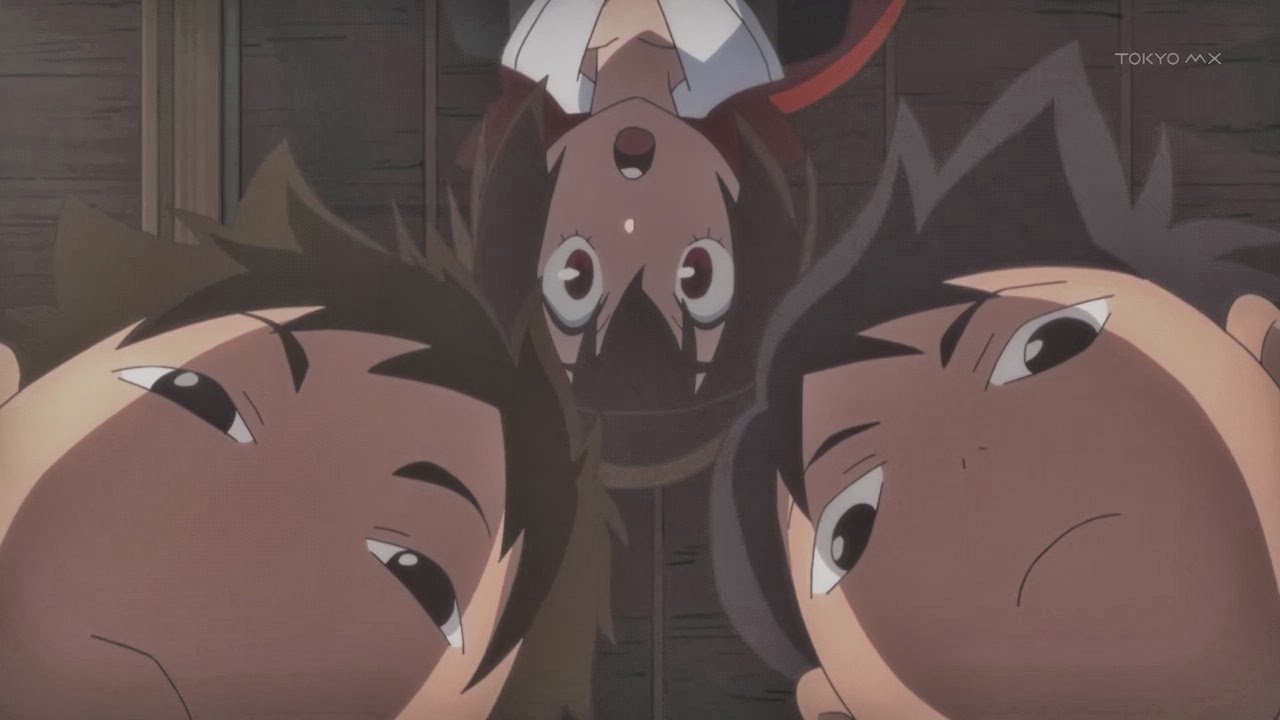 Another show with a very strong sense of the Gainax (especially FLCL) about it, Kyousou Giga is a coming-out party for brilliant young director Matsumoto Rie, and probably the finest work for television that much-maligned Toei Animation has ever produced.

With Kyousougiga the deception isn’t so much about any specific misdirection (the series started out as a series of web shorts that were effectively teasers) as that there’s just no way to prepare yourself for the reality of what the show is. It’s intense and bizarre and psychedelic, visually stunning and surreal – and then it pulls the rug out from under you by revealing that it’s a very emotionally driven story about the many faces of love. 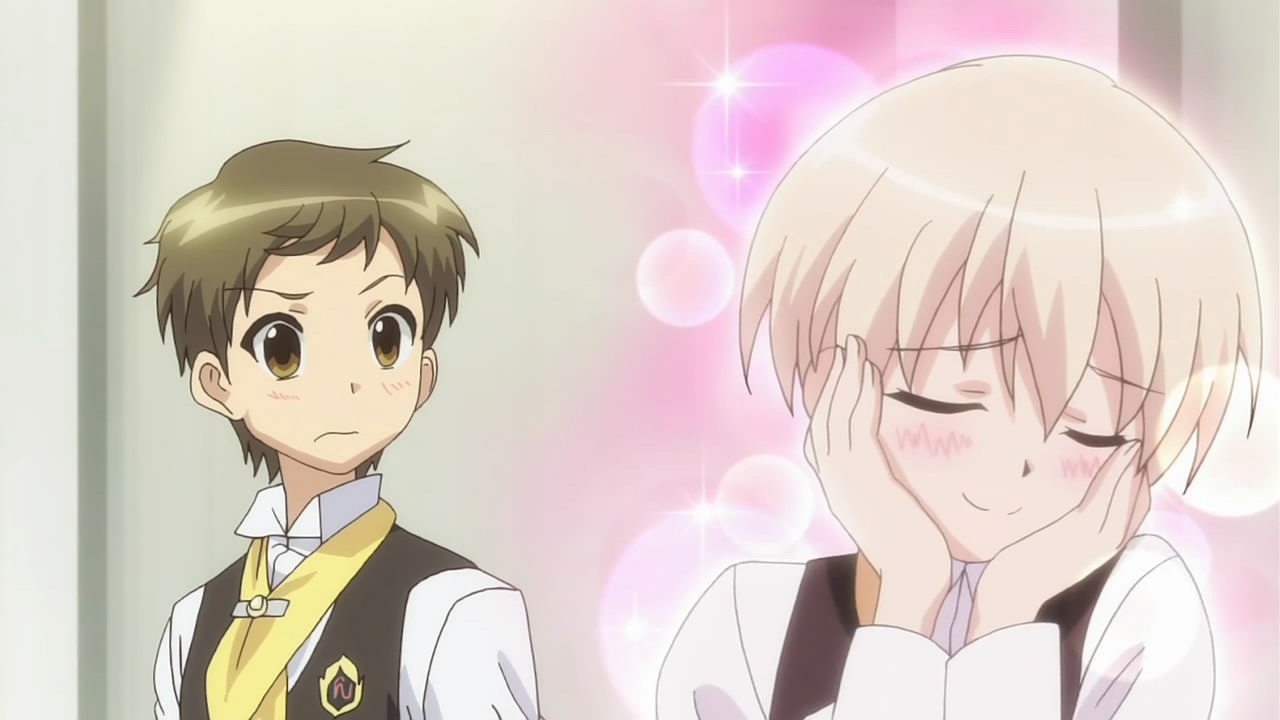 You’ve heard me talk about R-15 before, and it’s certainly another of those shows that finds me in broad disagreement with mainstream public opinion. This one seems to be a hard sell but I’m going to keep trying to sell it, because R-15 just isn’t the series its detractors make it out to be – simply put it’s one of the smartest and least pretentious light-novel adaptations seen in recent years.

We get so few high school romances that really dig into the psychology of love, fewer still that offer a convincing romantic triangle where all parties are portrayed respectfully, and fewest of all that portray a gay male character with sensitivity and don’t resort to mockery and stereotyping. R-15 isn’t a perfect series but it’s still a damn good one, smart and funny and full of heart, and even if no one else defends it I’ll continue to do so. 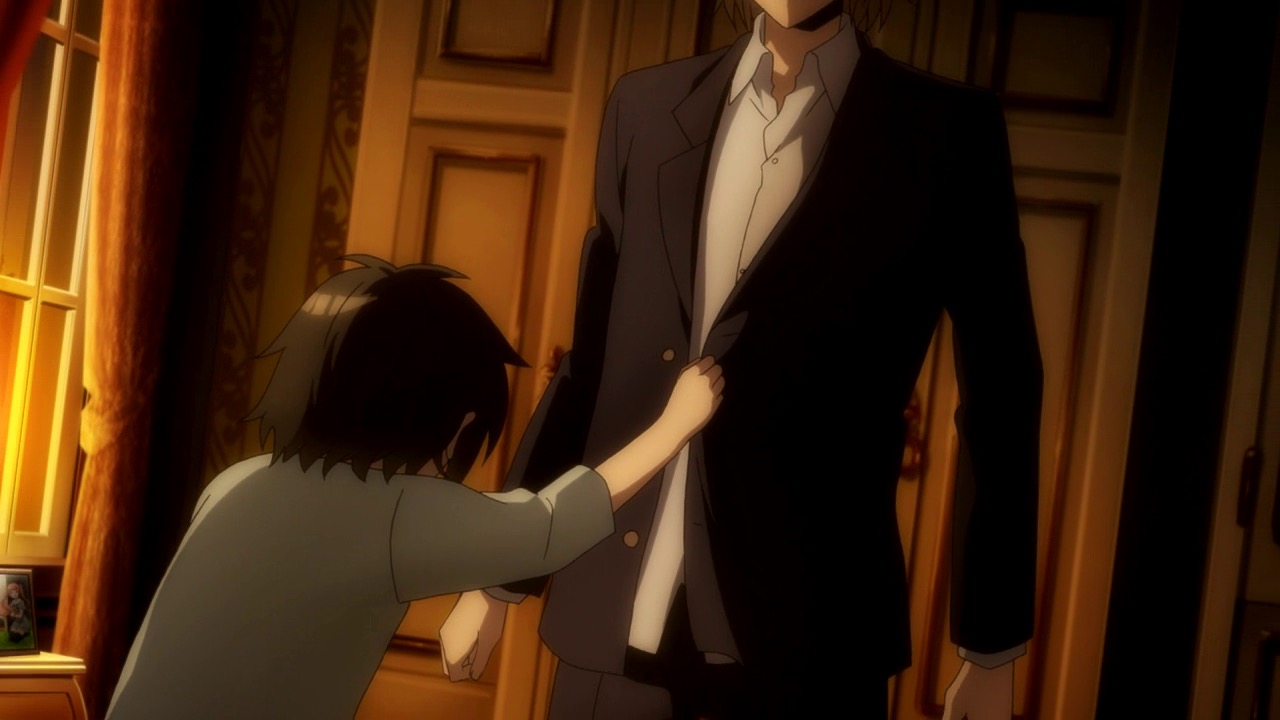 We close with a series from the current season, Shounen Maid. Is it a coincidence that both this series and B Gata H Kei, two shows which fit this theme to a “T”, were both directed by Yamamoto Yuusuke? I think not – clearly he has an affinity for material that defies expectations at every turn.

Shounen Maid is a series that most viewers dismissed based on its premise of a young boy working as a maid in his uncle’s mansion after his mother’s death – making a lot of assumptions about it that simply aren’t true. Fact is, this is a very subtle and sensitive family story, one packed with quite profound messages that it doesn’t beat you over the head with. If you’re open to anime that embrace emotion (and certainly, not everyone is) then you owe it to yourself to check your preconceptions at the door and give Shounen Maid a chance.

Five of our writers have teamed up to bring this discussion about anime themes and characters to you! Today's topic is: Anime Superheroes- who do you think is the quintessential superhero? Our columnists have each picked a different character! Who do you agree with more?