There Are No More Good Panels at Anime Conventions

I often see people complaining that there are no good panels at anime conventions anymore. My question is: What sort of panels are they looking for, then? OK. I totally admit that was a provocative title to get you to read the post. The thing is I have a question I really want an answer to, so the more people who look at this, the closer I get to some sort of conclusion.

Fan panels are one of the main pillars of an anime conventions. With a few notable exceptions, almost every anime convention will have the following elements:
・ A cosplay masquerade where people in costume show off their handiwork
・ A dealers' room full of merchandise, an artists alley with fan art on display
・ An artists' alley with fan art on display
・ Rooms screening various anime
・ A wide selection of panels
Sometimes a convention will be so small that it has to cut out one of those pillars, but most of the time even the tiniest local convention will have some version of those events. There are a whole slew of other elements that may be included, such as concerts, music video contests, game shows, and maid cafes, but these aren't guaranteed activities as are the other five.

Panels are presentations given to attendees at an anime convention. Their content varies greatly with the only commonality being that they are at least tangentially related to anime, manga, or Japanese culture. You will have everything from academic discussions of the themes of a show and in depth histories of a genre to comedic skits and moderated discussions. Some panels will be almost pure lecturing with some photos and slides for the emphasis of points, others will be video clips with some commentary, and others will be round table discussions with lots of audience participation.

Past this point, I'm only going to be talking about fan panels. While industry panels and guest panels are a staple of the panel selection, they are almost part of the machinery of the convention. Run by professionals, they have a very structured and standardized form, and are often considered their own animal, even if they in the same programming tract as the fan panels. They don't usually come up in any of the discussions of panels I am talking about and generally exist in their own independent ecosystem.

I do a decent number of fan panels at anime conventions. More importantly, I go to a great deal of panels at all the conventions I attend. It is an unusual convention where I don't spend at least 60% of my time in some form of panel. I have seen a complete spectrum of quality over the years with everything from informative and entertaining panels to hour-long experiences that might have counted as the low-end of enhanced interrogation techniques. Overall I think a good deal of Northeastern conventions like AnimeNext and Otakon have a superb selection of panels every year. Charles Dunbar's Kill la Kill panels or the Jojo's Posing School are great examples of exemplary panels in the area.

As an aficionado of panels, I like to read feedback on both my panels and the panel selection in general. If you ever want some critical reviews of your work just see what random people on the Internet think of your work. But there were certain comments outside of the normal yeas and nays I saw pop up repeatedly. There were people who just stated that they looked over the panel selection and they did not see any panels worth going to. These were not just criticisms of a single panel or of a particular day. Instead, they were the opinions that there was not a single panel worth going to. 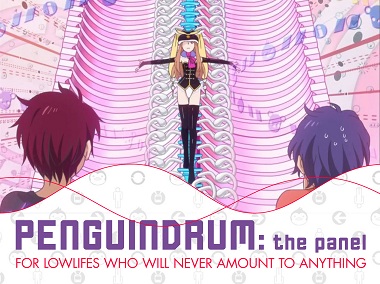 AnimeNext and Otakon are conventions well-known for having very robust panel selections covering a fairly wide range of topics. You have amusing PhD holders, Big Name Fans, and even industry luminaries all doing fan panels on everything from high brow critical analysis to distinctly more rakish looks at the mediums of anime and manga. I personally love panels that explore the works of a director or examine the themes in a genre. You also have panels that have clips from the funniest death scenes or the most touching romantic scenes. One panel might be about how the themes in Gatchaman Crowds Insight tackle very Japanese social issues while another panel might just be the funniest scenes from Monster Musume Some of the most popular panels examine the fandom of everything from the most popular franchises to the most obscure niche titles. I have even seen an uptick of panels that explore representation within the mediums of anime and manga.  Not every panel is a winner, but more often than not, there is at least one panel to tickle your fancy with a majority of them being competent to superb. Panels might not be as popular as the cosplay masquerade, concerts, or voice acting guests but there is a distinct community around them. So it is rather perplexing to see such comments. 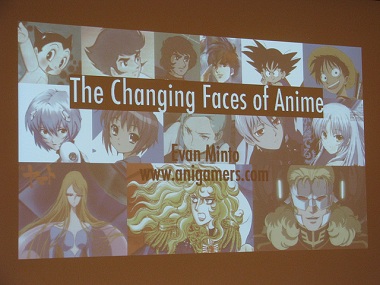 But no matter how much the majority of attendees enjoy the variety of panels, it is evident that there are those who crave something else. The question is: What sorts of panels are they looking for? These commentators never say what they are looking for when they are offering their opinion. This makes figuring out what they are looking for all the harder. But that does not mean it is not worth contemplating what they are looking for. Theoretically, there could be a whole bunch of great panel ideas that are sadly not being explored that would entice an under-served segment of the people attending conventions.

I have asked several people this question and gotten a variety of answers.

1. They don't know what they want and only know that they don't want the current crop of panels. In a way, this option might be the most useless but is also a highly probable answer. It means that as much as you probe these people you can't get an answer out of them. They will only know what they want when they are shown it.

3. They like the sort of panels that have mostly fallen out of favor with the bigger conventions in the area. There is always an ebb and flow to what panels are popular. In-character Q&A Panels are a recent example of this; these are panels in which a group of cosplayers will answer questions from the audience in a comedic fashion as if they are the character they are dressed as. In-character panels used to be in high demand, but have recently lost popularity. These types of panels might be what these people are looking for, but since they have gotten a bit of a stigma, the people complaining might be reluctant to admit that is what they want.

As a side note I feel that in-character Q&A Panels are not totally a lost cause, but how they could be improved would be a short article in and of itself.

4. They are looking for a very niche subject that people don't often do panels on. You're probably not getting that Lime-iro Senkitan or Hyouge Mono panel anytime soon. Those shows are just a bit too niche or just plain unpopular.

5. They are looking for panels so high-level that the average panelist can't produce such a panel and the qualified individuals might just assume there would be no demand for something that advanced. Something like a very detailed look at 80's doujinshi circles or something about Japanese table top RPGs. These panels would require a good deal of Japanese knowledge and research; both requirements would severely cut down the number of people who could even think of running such a panel.

6. Some combination of the above as well as other possibilities that have not even been brought up. 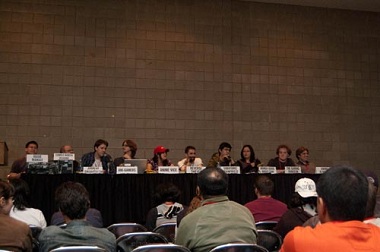 The main problem is everyone who offered these ideas are not the people who were dissatisfied with the current state of panels. They are people who regularly attend panels; that is most of my social circle. So I'm writing this in hopes that some of the people who are not getting what they want will speak up. If the answer is not the first option, then there might be something that can be done. If you are one of these attendees who think all the panels at the conventions you go to are lame, then what is it that you are looking for? I can't guarantee that I can do a panel like that but an open discussion might get you what you crave.

From the early days of VCRs and VHS to the era of digital editing, great strides have been made in the art of anime music videos. Explore the culture of the editors, and maybe you too can become part of the art. I have reached out to several famous AMV makers for comment.