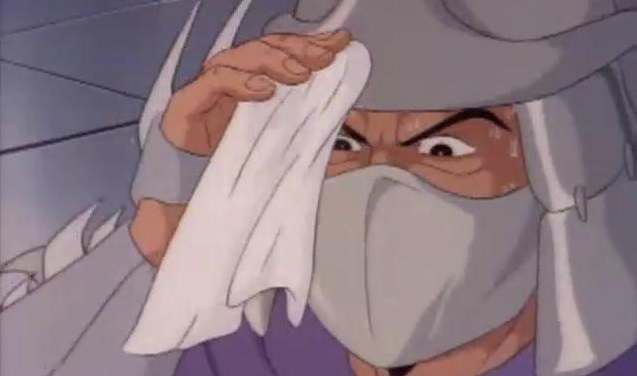 One good thing about anime being fiction is that it can deal with ideals instead of reality. Ideal events lead to ideal endings and more importantly, ideal characters have ideal bodies. Almost everyone's super fit in anime, but some of these guys stand out so much we needed to make a whole article dedicated to their hotness. Don't forget a towel, and try to re hydrate once in a while. Here are 20 hot anime guys that are sure to make you sweat! 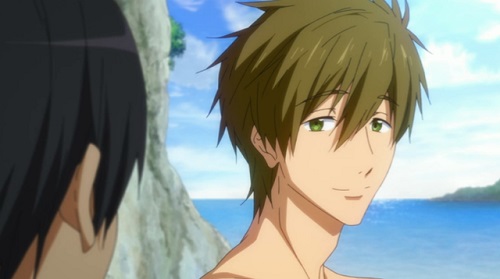 Captain of the Iwatobi High School swimming team, Makoto is the most dependable member until you're with him inside a haunted house. His droopy eyes make him look kind but his back muscles tell your guts to never pick a fight with him. On Anime America Podcast's Facebook page, he was voted sexiest anime man of 2013 with 24861 votes.

Ryouta Kise from Kuroko no Basuke 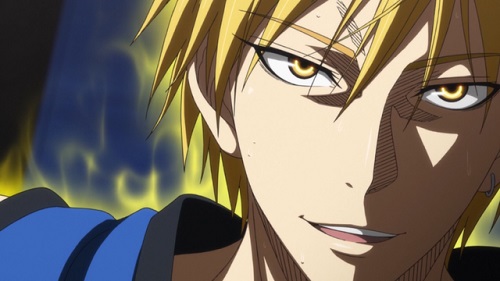 Kise is almost too perfect of a character, especially for basketball. This hot bishounen has mad skills and a sharingan-like technique. He'll probably rule the next season so much the anime title will change to Kise no Basuke. 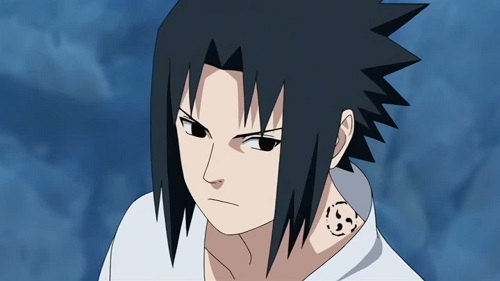 Sasuke is one of the original bad boys of anime. He originally left the Hidden Leaf Village after learning the 'truth' and seeked to destroy it. He's the favorite anime crush of fan girls ranging from middle schoolers to adults. And he's gotten a lot hotter in Shippuuden where he gained more abilities and a lot more muscles. 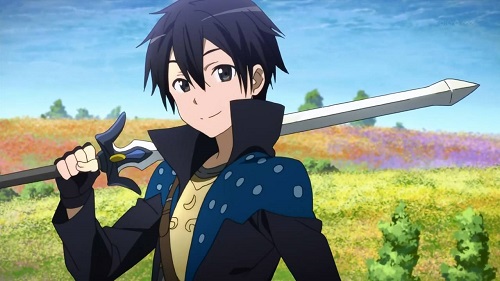 Kirito always has this charm with the ladies. It's apparent in every season of Sword Art Online - especially the first. He's lean and not that muscular but this dual-wielding badass can fight floor bosses alone! His hotness level goes up the more floors he conquers. 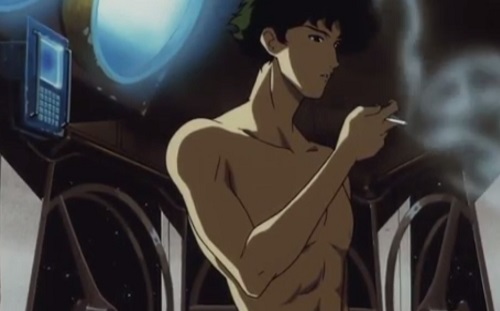 Being a space bounty hunter alone makes Spike so hot. He likes to do everything his way rather than following orders. Usually, he gets by with his Bruce Lee inspired martial arts but on the rare occasion he doesn't, there's always his crew to save him from trouble.

Levi Ackerman from Shingeki no Kyojin 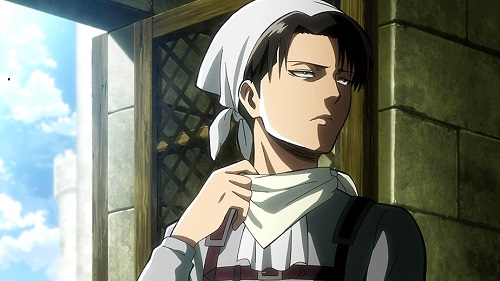 Being humanity's strongest soldier makes Levi a super hot anime guy. Now add in some unexpected characteristics of being a clean freak and he's adorable! His uninterested eyes and cold personality are loved by his fans too. 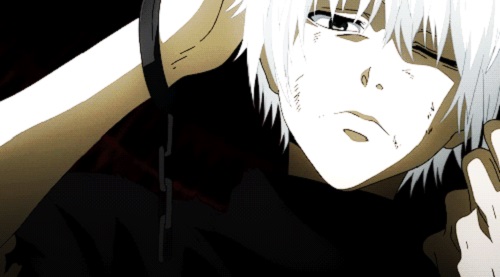 Kaneki started off as a wimpy bookworm but after turning into a human flesh-seeking ghoul he becomes a lot hotter. His appeal is similar to that of modern vampires. He is a monster but with a kind heart. Much like billionaire playboy Tony Stark, Light is a charismatic natural genius with a god complex. We don't find him any less attractive after he finds the Death Note and starts killing people. Guys that might be missing a few screws were never much of a problem for anime fans. 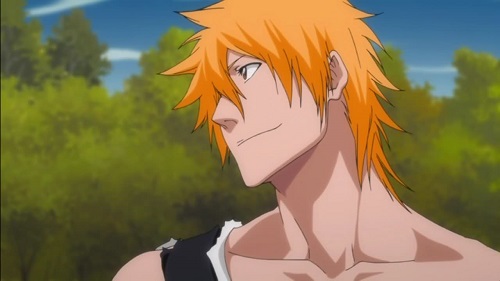 Ichigo is one of the most iconic shounen anime characters ever. He is a quincy by birth turned substitute shinigami gifted with hollow powers and lot of other rare abilities. He's tall, lean, strong and manly. He's sizzling hot especially after a fight and his shinigami uniform's been ripped off at all the right parts. 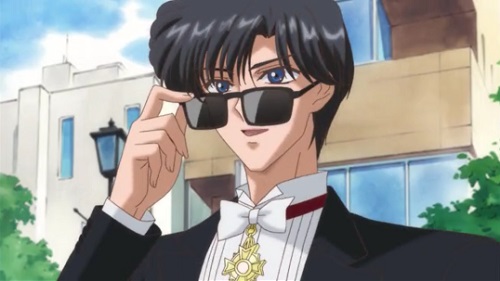 Batman is hot right? Well, Mamoru is a lot like Batman so he's hot as well! He lost his parents when he was a child. He's tall, rich, mysterious and handsome. And his alter ego, Tuxedo Mask, wears a black suit and a mask! 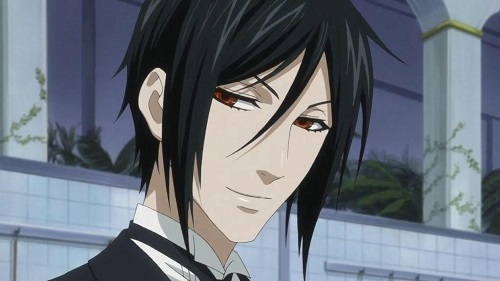 Sebastian is a faithful demon butler of the Phantomhive family. He'a a tall handsome adult with black hair, red eyes and a pale skin tone. He will do anything for his master, even though he is a brat. He's an exemplary butler but sometimes he loses it when attacking on his master's orders. He's pretty sadistic, which some people find really hot. 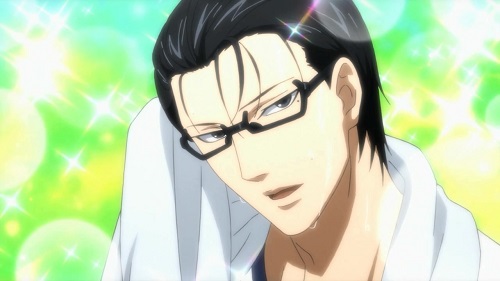 Sakamoto is the perfect human. He does everything with finesse and composure. He is tall, strong, smart, and handsome. He is immune to pranks. He makes everything look cool, even blowing bubbles. He is so perfect one may question if he's really human! If this doesn't qualify him to be one of the hottest anime guys, i don't know what will. 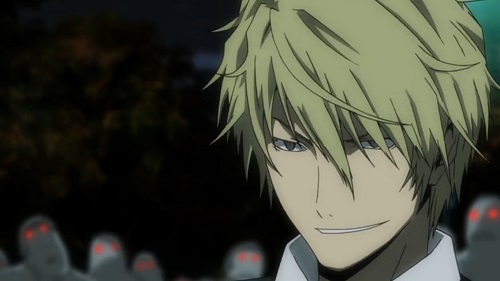 Although Izaya has more fans than Shizuo, Izaya falls not into the hot category but the cool ones. On the other hand, Shizuo is a hot tempered guy who treats vending machines and lamp posts as his primary weapons. He always wears bartender suits and sunglasses. His hotness doubles when he chases down his yaoi-enticing arch enemy Izaya into the streets of Ikebukuro. 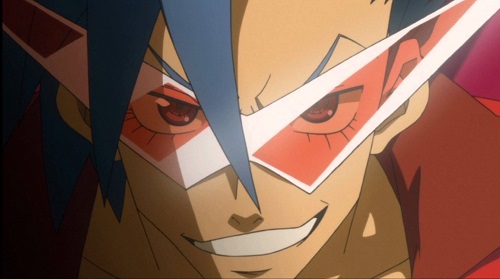 Kamina is the ultimate aniki of anime. He is very dependable and he lunges into danger without a second thought. He is hungry for greatness and that's what makes him strong. He has a well built and tattoo covered body he likes to show off.

Lelouch Lamperouge from Code Geass: Lelouch of the Rebellion 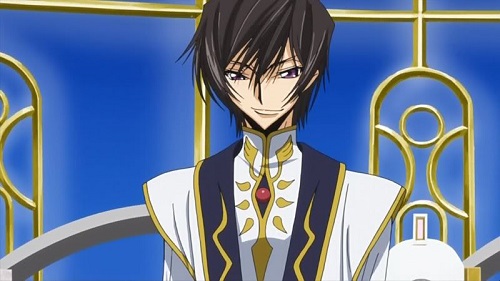 Lelouch, like all characters in Code Geass, is extremely slim. He's also tall, handsome and really intelligent. He has royal blood flowing through his veins and his alter ego, Zero, is so badass! He commands soldiers older and physically stronger than him. He can make anyone obey his orders with the use of his geass. He's hot - it's a fact - and it's evident by the number of girls that has fallen for him throughout the anime. 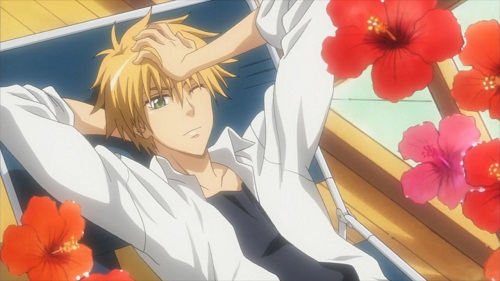 Usui is the campus crush of Seika High. Aside from being hot and handsome, he excels in everything he does. He is the perfect love interest for a protagonist in a shoujo anime.

Gilgamesh from Fate/Zero and Fate/Stay night 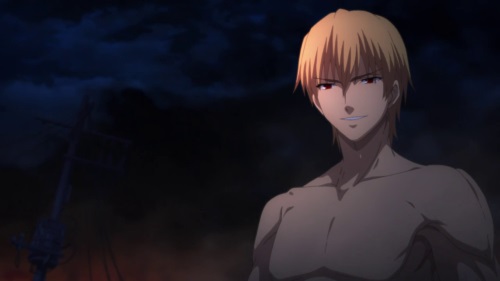 Gilgamesh is the king of all heroes. He's a demigod and the world's oldest hero. It is said that all heroes and their stories are based from his. He's the alpha male of all alphas, and that's what makes him hot. Oh, and also his face. His gorgeous, arrogant little face. 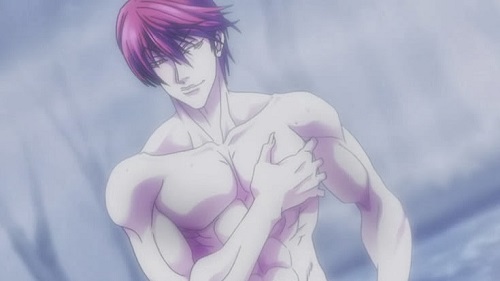 At first glance, Hisoka may seem like he'd never lose his cool and would remain composed at all times. Not true. He gets really, really excited by strong people and is especially interested in Gon for the potential he sees in him. There are times you'll see him absolutely lose his shit. He's a little scary, and also extremely hot. 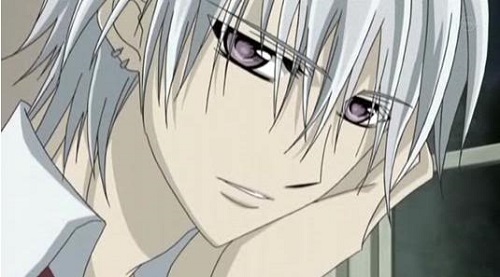 Of course this list won't be completed without a vampire! Zero is the typical charming creature of the night. He has sliver hair, lavender eyes, and a super pale skin tone. Despite being deemed attractive and hot by both day and night class students, he still pushes them away like the good tsundere he is. He's not that open to what he is feeling even for a special someone. He's a mysterious hottie everyone loves, especially in shower scenes like this. 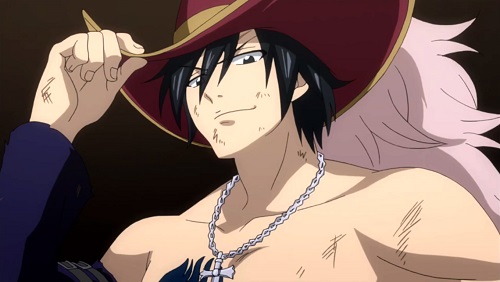 Gray's ice magic won't stop him from joining this hot anime guys list. He is an ice mage from Fairy Tail. He always strips his clothes and sometimes he's not even aware he's naked! Guess the cold never bothered him anyway.