While the students in Classroom‚òÜCrisis get ready for the school festival, politics are happening behind the scenes. Brown envelopes are being handed to politicians. Or so it's implied. 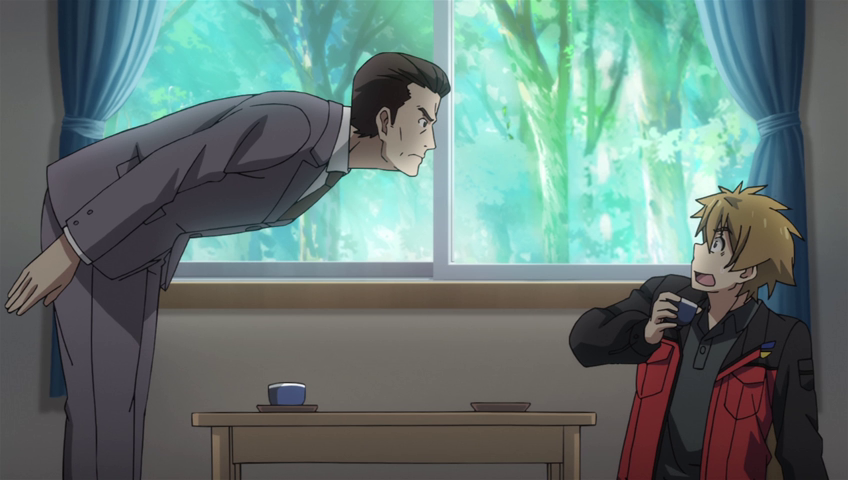 One of the best parts of this episode was the shockingly succinct explanation of the difference between left-wing and right-wing politics. In Classroom Crisis there are two main political parties, both of which have large stakes in Kirishina Corporation since they appear to be the largest employer in Japan and its many satellites on Mars and other asteroids. Get the largest corporation on your side and that can swing an election for you. Yet inside the one company there are factions supporting both political parties, which doesn't make a whole lot of sense. Surely the one company should be united in their political support? But no, as explained so sufficiently by the trade union representative. The company heads support the right-wing party because they promote tax breaks for companies allowing them to expand and support their continued expansion. Meanwhile the left-wing party will be supported by the workers themselves as they support them with more strict labour laws and benefits for them, hence why they are supported by the trade union. It may be baby's first introduction to political parties but the fact they manage to portray it in such an unbiased and simple way was highly impressive. 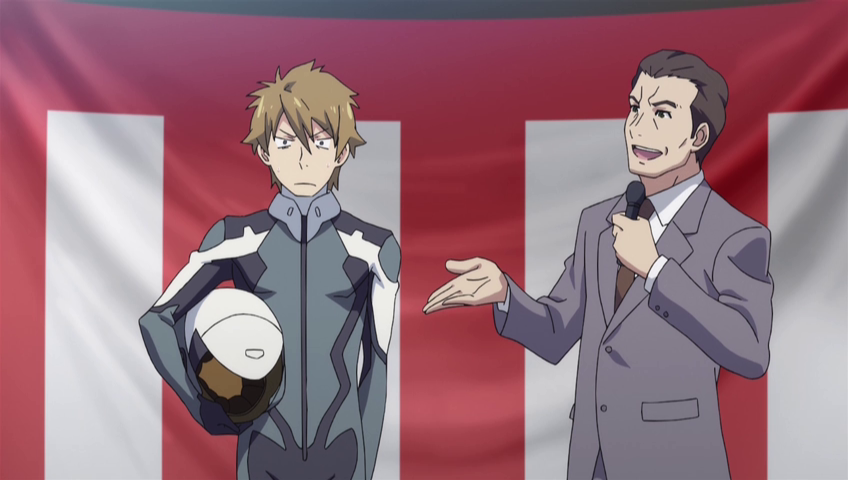 The fact they went into such detailed world building is both incredibly impressive and yet somehow depressing. Take that throwaway line from the last paragraph regarding Japan and its many satellites. To extrapolate that out further, that means in the world of Classroom Crisis, the nations of the world have been capturing land on different planets and building cities that may be bigger than the original versions back home. Consider the repeated references to "Tokyo 4" in Classroom Crisis. That's not a whole lot different from when explorers traveled to the New World and got lazy when naming newfound towns, calling them things like New York. How does the voting in elections work in such situations? Surely there must be a party that tries to represent those living in the colonies rather than focusing on the needs of those back on earth for example. Have there ever been civil wars due to taxation without representation? In a way the world of Classroom Crisis feels like the prequel to Mobile Suit Gundam. When do Kaito and his class decide that their rights as workers have been walked over by the people on earth for too long and decide to found the Principality of Zeon? 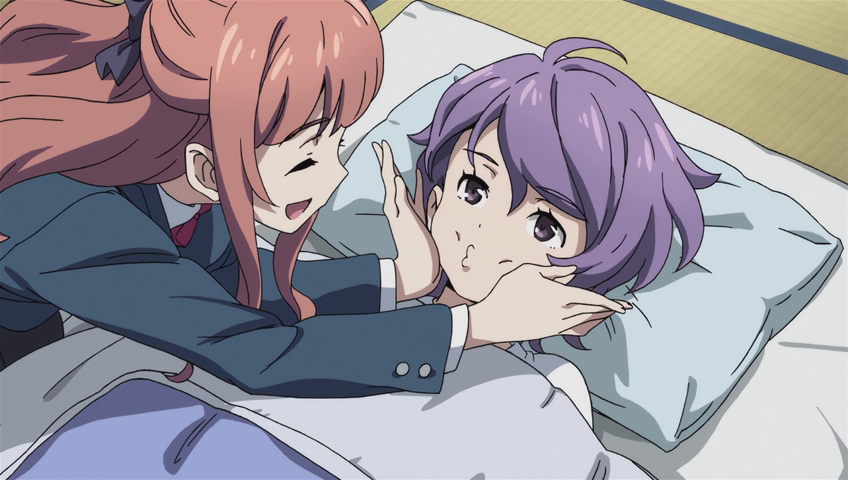 But back in the world of Classroom Crisis, we're not getting involved in colonial warfare with giant robots. Instead we're having a school festival! People painting goofy promotional signs and building giant bottle rockets powered by pressurised water. Anime gotta anime I guess. From the list of stereotypical anime episodes I think the only one we're missing is the one where they go to a fireworks festival and all the girls wear yukatas. It would be funny if it wasn't so clear that these writers have such fantastic ideas in their heads for their science fiction world. Why is this anime focusing on teenagers in school again? What part of this show would have had to change if they had just made them all adults? I know you want to have your cute girls in anime, but surely you guys just need to learn from the popularity of Shirobako. Draw them like high school girls but say they're all adults. 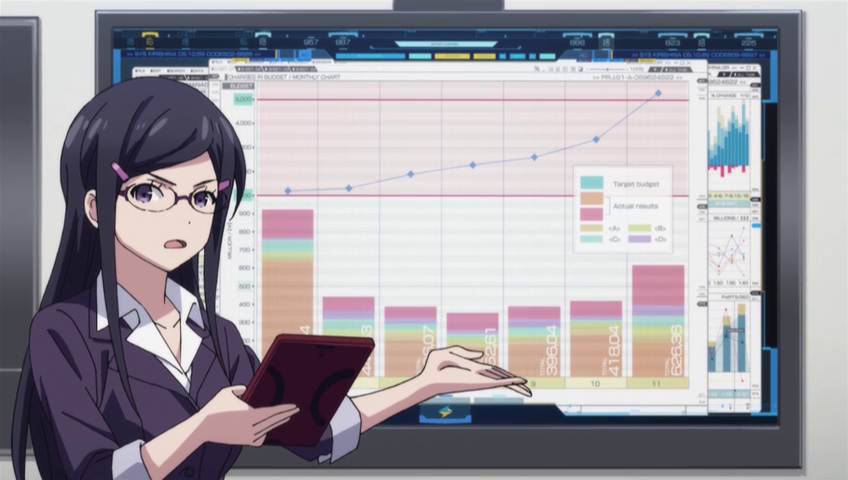 There were some interesting parts in this episode regarding where the A-Tec funds are going. Despite their extreme cost-cutting measures, A-Tec is still bleeding money at a rate that doesn't add up. Unless the characters open up the Kirishina Corporation safes to find Sera Kaito in there dressed up as a cat burglar with a bag marked "SWAG" on his back, the money is evidently being siphoned off somewhere. My guess is it's going into influencing politicians through the medium of unmarked brown envelopes, but it might be even more insidious than that. Maybe they are funding revolutionaries in the attempt to break their satellite states off into their own countries so they are no longer bound by mainland Japan corporate tax laws. In other words, maybe I wasn't so far off with my theory that this is the precursor to Mobile Suit Gundam. Sieg Zeon!