Anime is popular for having loads of adorable characters. Anime baby boys and girls, in particular, have a special way of making people happy. Here are 15 of the cutest babies in anime, sure to brighten your day with their beautiful innocence.

Remember way back when you were cute and cuddly? 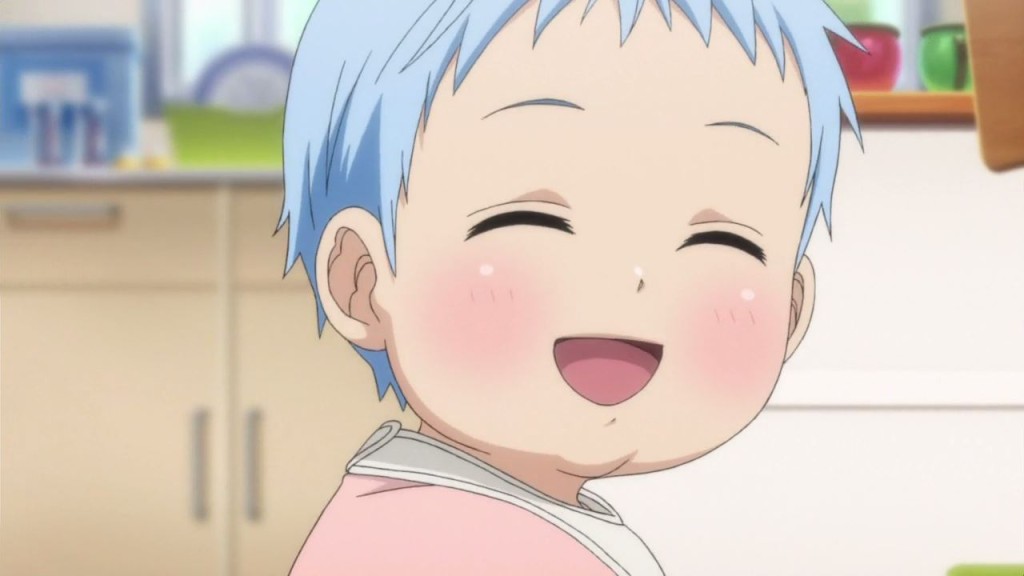 When everybody seemed to adore you? 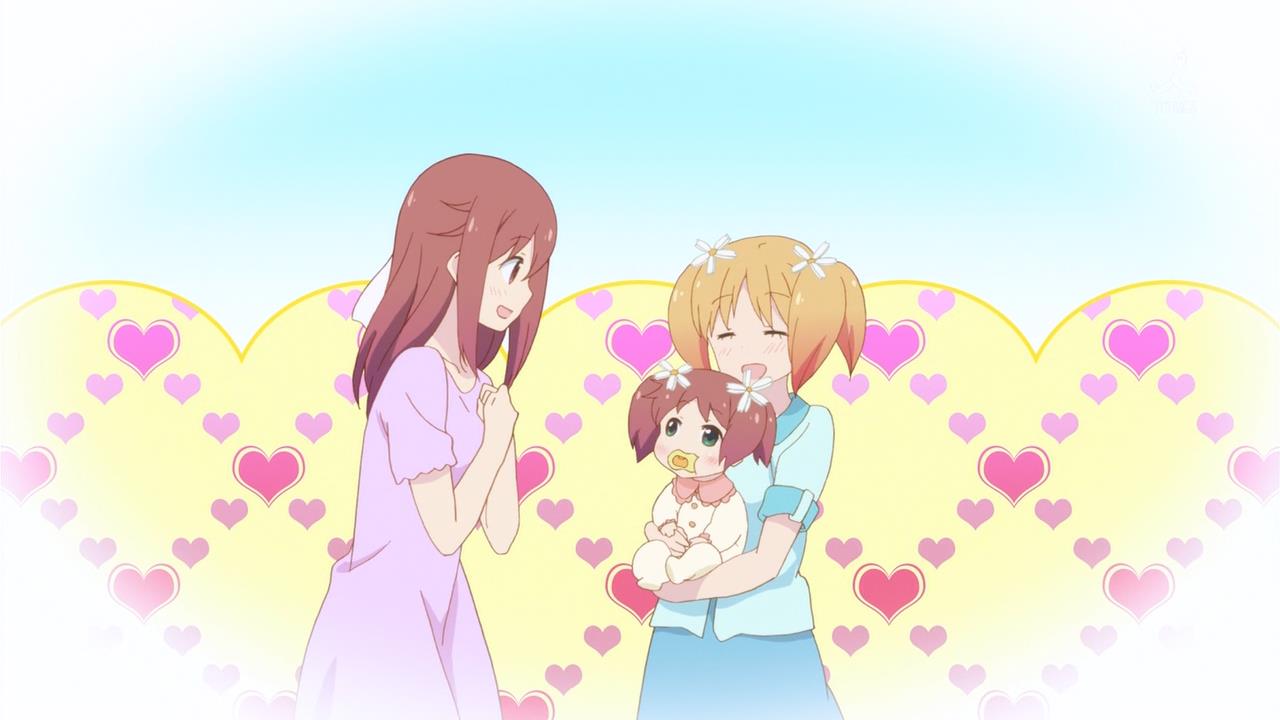 And nothing got you down... except for when your friends stole your toys? 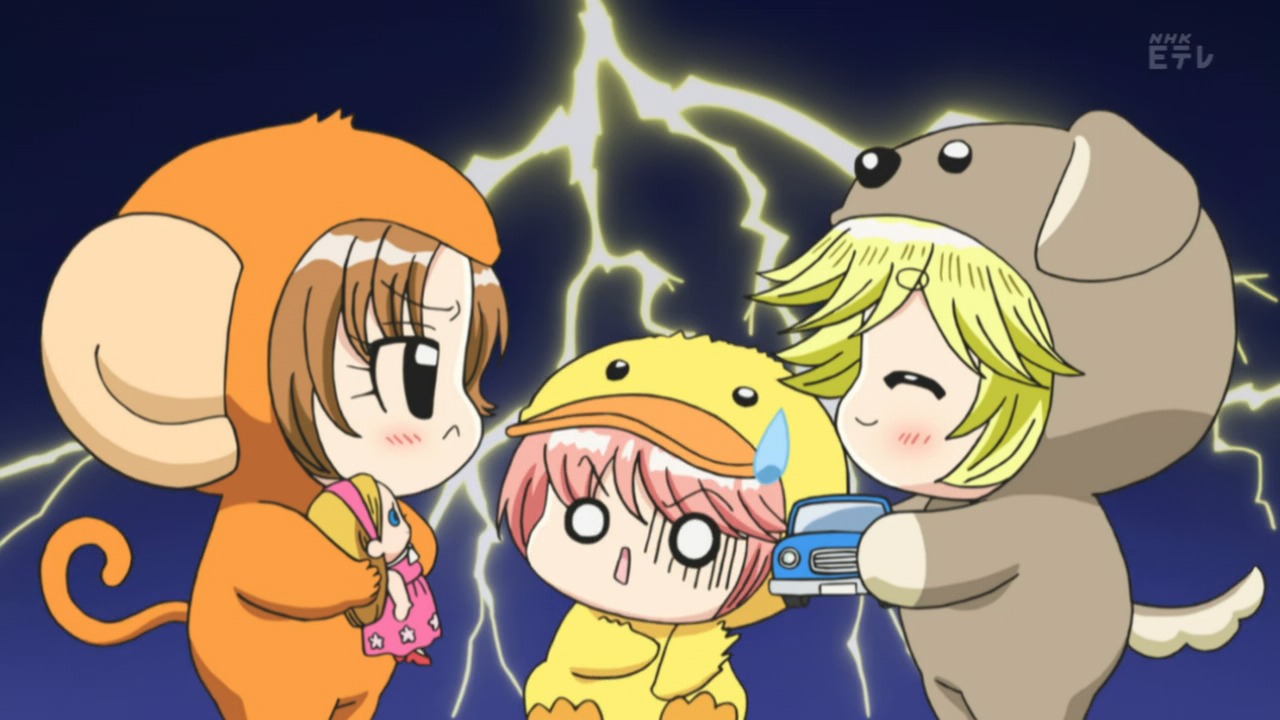 Those are the perks of being a baby! 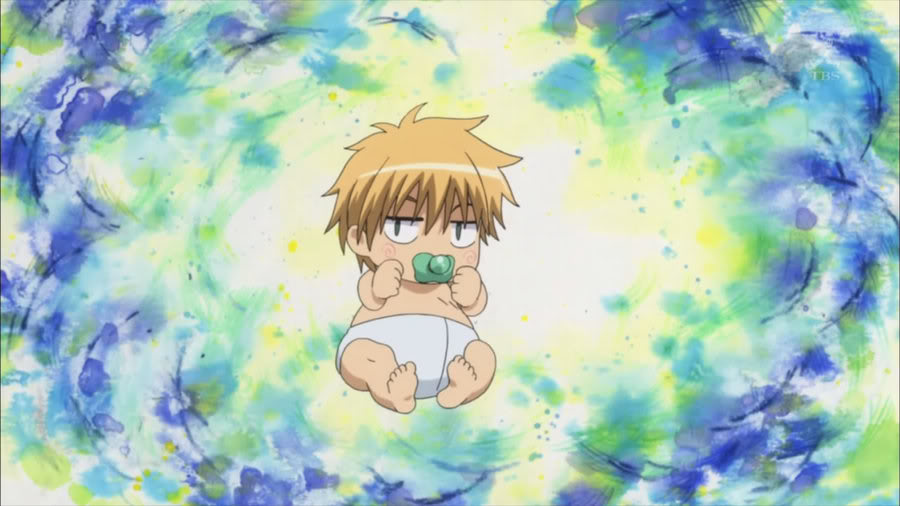 Come meet some of the cutest anime baby characters ever, sure to put a smile on your face! 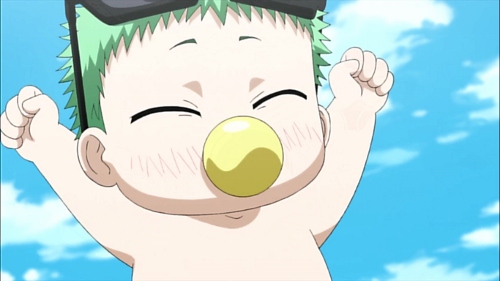 Baby Beel, also known as Kaiser de Emperana Beelzebub IV, is an adorable demon sent to Earth to destroy the Human World. However, with his bright green hair and his wardrobe of nakedness, it is pretty hard to take this anime baby's threats too seriously. Add to that the fact that he has a huge fear of insects and often loses to cats and other babies in fights, and it is pretty safe to assume that this "evil" anime baby has a bit to go before he can complete his mission. 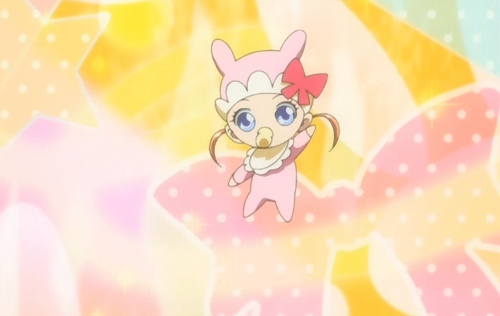 With her pink baby outfit, bunny hat, and yellow pacifier, Pepe makes for one of the cutest anime baby girls ever. Her twinkling baby blues are perhaps her greatest charm. But Pepe's cuteness does not only come from her appearance; she has picked up communication skills that far surpass most babies her age... although she does have an adorable tendency to add "dechu" (her version of "desu", a Japanese copula usually used when addressing superiors and elders) after everything she says. 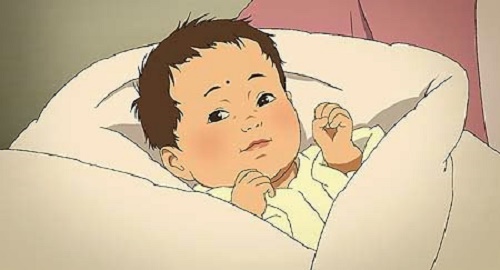 Born days before Christmas, this baby girl was named Kiyoko, which means "pure child." The mole on her right eyebrow makes this little anime baby even cuter. No wonder her parents (or the people who claim to be her parents) believe that she is a gift from God! 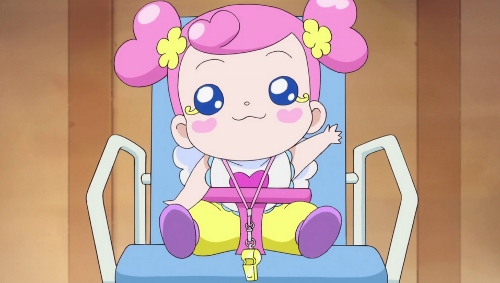 Ai-chan is an egg-hatching baby fairy who later turns into an egg herself! Being a baby, she only mutters her own name "Ai" and a rather unusual word "Kyupi." This cute anime baby hates carrots and goes hysteric every time she eats them on accident. However, the way she freaks out makes her even more adorable. 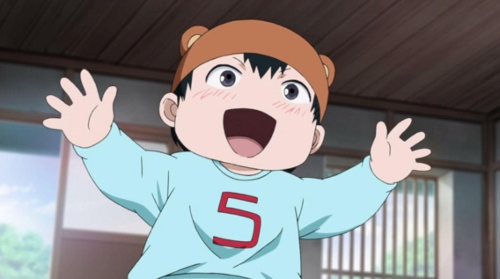 This anime toddler is little Beel's biggest rival. Kouta always outdoes Beel in just about everything, making the future demon king cry every time. Unlike Beel, Kouta is wrapped up in his favorite "5" sweater along with his cute bear hat.

From: Sen to Chihiro no Kamikakushi (Spirited Away) 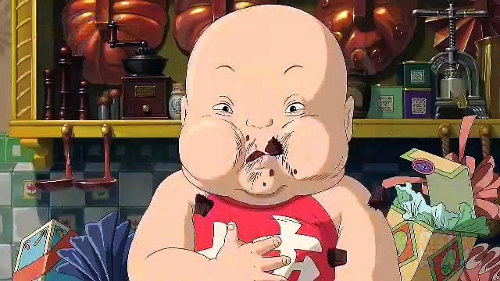 Boh is probably the largest anime baby ever. What makes him so cute (and hilarious) is the fact that, despite having extraordinary size, he also happens to have a huge phobia of germs. Who knew clean-freaks could be so adorable? 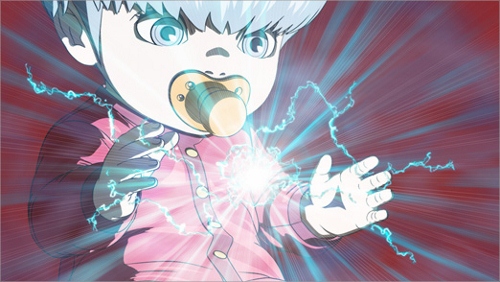 Ivan Whisky is an infant cyborg who was given the code name Cyborg 001. This anime baby is considered the most powerful cyborg amongst all others. He only comes to fight in the most dangerous situations -- those which other cyborgs can't handle on their own. He is a perfect blend of sugar and spice!

From: Shakugan no Shana 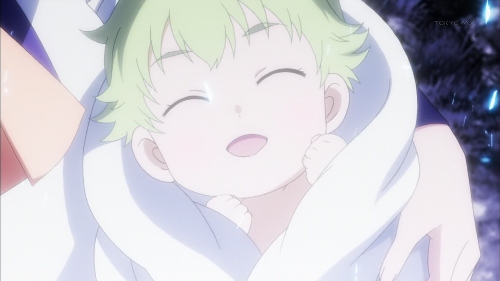 Justus is considered the "Heir to Both Worlds" -- he is the half-human, half-spirit baby of Johan and Pheles. This light green-haired anime baby possesses special talents at a very early age. He is said to have the potential of becoming a great spellcaster in the future. But for now, he's an adorable child that gives delight to almost everyone he encounters. 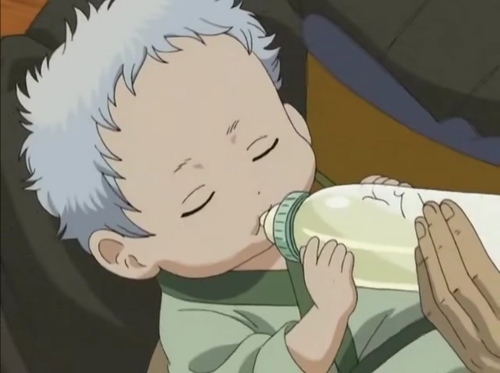 Being a descendant of the powerful Hashida family, Kanshichirou behaves nothing like other cry babies his age. He is cool and nonchalant in most situations... the only exception to this is when he is forced to wear diapers and all hell breaks loose. Though an illegitimate son, he proves to be the only surviving heir of his clan. Cute and rich suits Kanshichirou just fine. 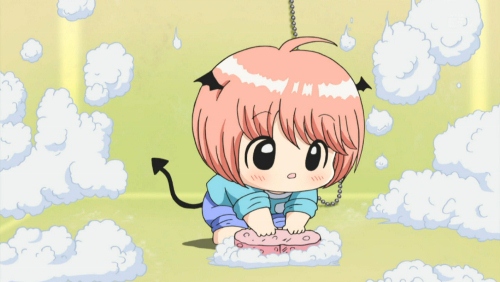 This anime toddler is probably the most normal on this list. Mao is a sweet baby who is often seen crying his heart out. Although he tends to be shy around unfamiliar people, once he gets to know you, he is loyal to a fault, especially during playtime. 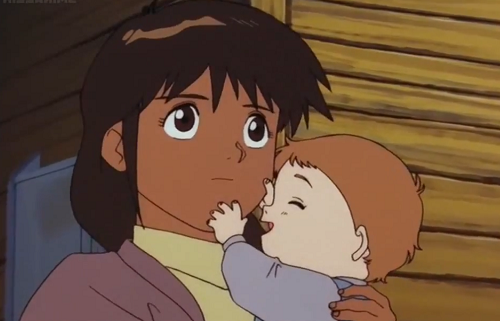 Unlike most anime baby characters who are only seen in a few episodes of a series, Karlmann has a major role in Mobile Suit Victory Gundam. One can say he's very clingy, since he always stays alongside some of the main characters. He's such a cutie though that no one seems to mind. 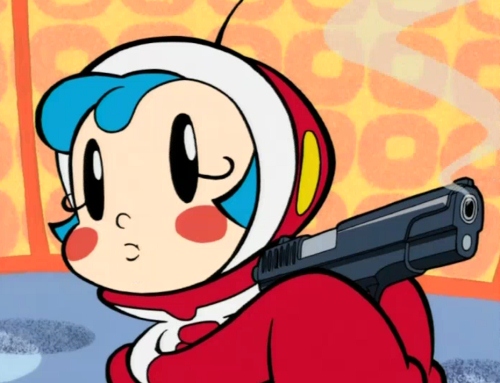 As the main protagonist of Super Milk-chan, little Milk-chan is one of the few anime baby characters that gets the spotlight she deserves. She appears to be a superhero, but can also be very selfish, vain, and short-tempered towards other people. She has a great love for milk and is often seen drinking a baby bottle of it. Seeing as her house takes the shape of a baby bottle, one can assume that she's got a pretty serious addiction. We can't really blame her, though... she is a baby, after all. 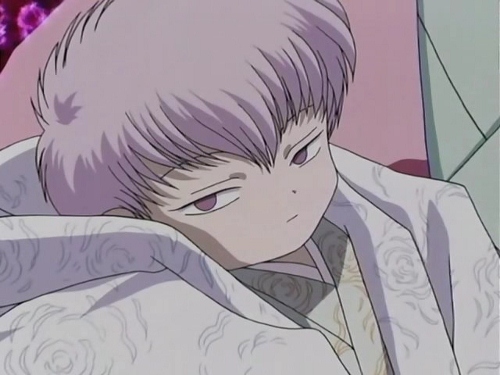 The infant, also known as Akago, is one of the many forms of the demon Naraku, serving as the vessel of a demonic heart. However his features as an adorable anime baby make him far from intimidating. He has light, violet hair and eyes, and his facial expression is often blank, except when he's angry or happy. 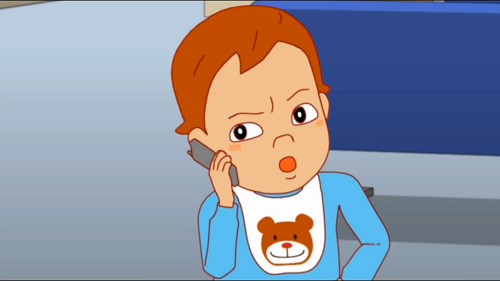 Shuuhei is an independant, orange-haired, 7-month-old baby. Although he still rocks his baby bib, Shuuhei is already able to manage life by himself, just like an adult would. Talk about an early bloomer! 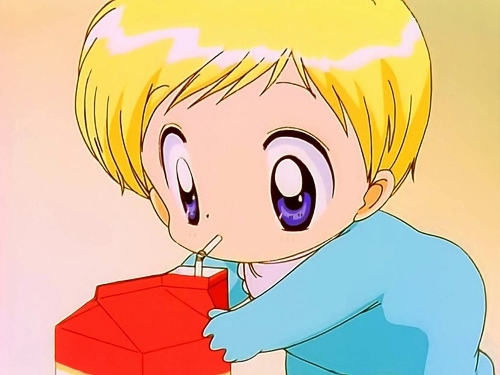 Who knew an anime baby boy so cute could be an alien from another planet? And the surprises seem to keep on coming as this cute toddler also seems to possess special powers like telekinesis. Which is absolutely awesome! Unfortunately, for the parents raising him, these wonderful abilities are nothing but trouble.

Anime is full of a variety of different characters, each with their own array of emotions. One of the most beautiful emotions, of course, being happiness, and what better way to portray bliss than with a sweet smile. Here are twenty of the best anime smiles around, sure to brighten your day!