A villain's strength is often measured in death. How many people is one willing and able to kill to get what they want? And how do they get there? The characters on this list are killers: assassins, warmongers, serial killers, and would-be gods who paint the world red and give us the creeps. 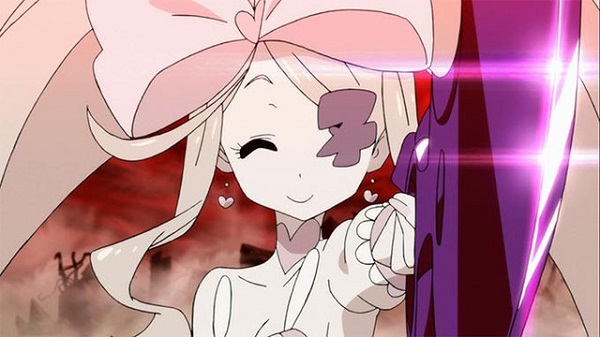 The world of Kill la Kill is ruled by gangsters, warlords, and monsters, for whom might makes right. But strength alone isn't enough to succeed. You've got to have things like courage and determination... or, in Nui Harime's case, pure unadulterated insanity. When the skies rain blood, it takes a special kind of crazy to whip out a parasol and laugh. 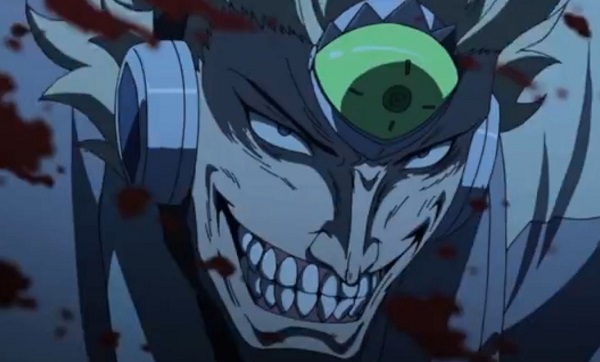 Akame ga Kill! is about a squad of killers who kill other killers. You don't have to be a monster to survive in this world, but it sure does help. In the case of Zank the Beheader, it also gets you a visit from the friendly neighborhood assassins Night Raid. Once an executioner for the Empire, Zank went rogue after being haunted by the voices of his victims. Zank works out his schizophrenia with wholesale slaughter, aided by his Imperial Arms Spectator, which gives him precognitive abilities. 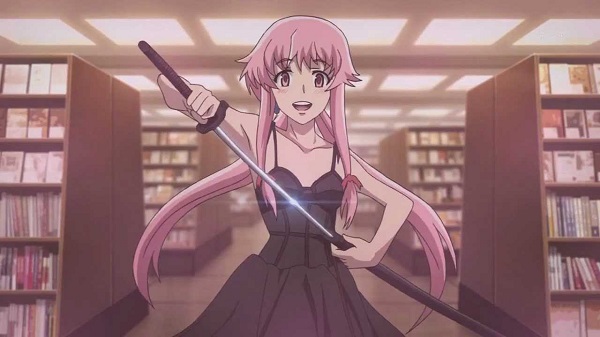 Very roughly translated, Yuno's surname means "I am your wife." Add to that her magical diary that keeps tabs on her crush, and you get a recipe for the reigning yandere queen. But no yandere is complete without irrational and extreme violence in the name of love. At only 14 years of age, Yuno has amassed a warehouse's worth of weapon proficiencies, able to kill with everything from toothpicks to tommy guns. Stand between this anime killer and her beloved Yukiteru, and you'll quickly become just another footnote. 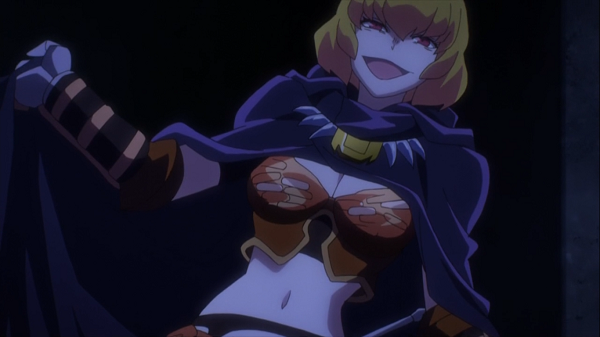 Hailing from the Slane Theocracy, Clementine once occupied the ninth seat on the Black Scripture—medieval black ops, essentially. Now she is a freelance killer who murders adventurers for fun. Her armor is made from guild plates stolen from her victims. At the time of the show she's teamed up with a necromancer to destroy the city of E-Rantel, and doesn't hesitate to kidnap children to see it done. This anime killer's favored weapons are a pair of stilettos and a bloodthirsty grin. 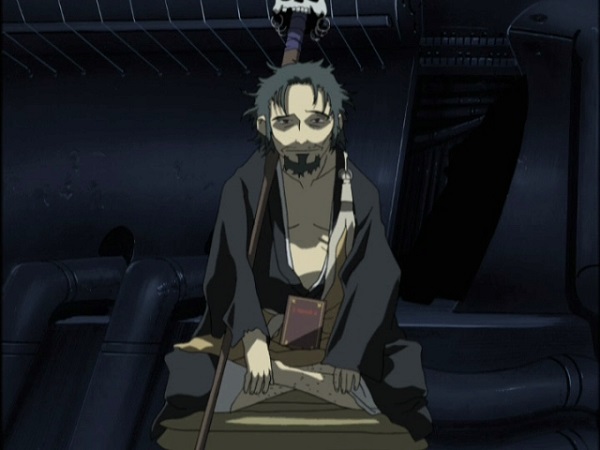 Plenty of anime villains plan to destroy the human race. 600-year-old monk Ikkyu Soujun innovates by trying to get us to do it for him. In the Read Or Die OVA, he discovers a lost Beethoven symphony that causes most listeners to commit suicide, and plans to broadcast it worldwide to eliminate the weak. Deaf people presumably have a privileged place in his new world order. 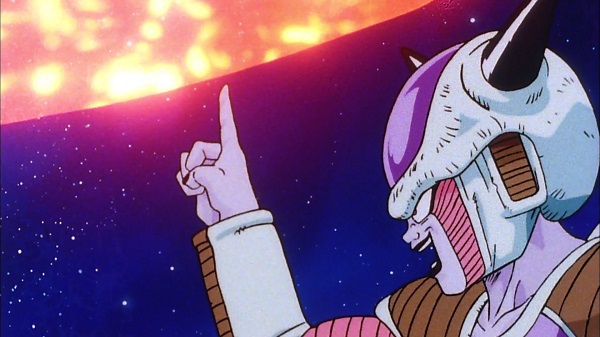 Watch Dragon Ball Z Abridged. Then watch Resurrection F. Then watch Dragon Ball Z Kai. You'll be surprised at how closely Little Kuriboh's Frieza hews to the genuine, racist, violent article. Dragon Ball's most iconic villain slaughters planets, populations, and Piccolo with a haughty smile, and once held the highest body count in the entire series... until Beerus was introduced. 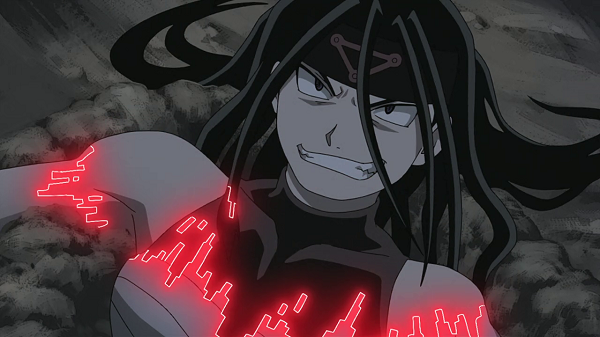 The living embodiment of envy, the desire to hurt someone for the sake of seeing them suffer. True to its name, Envy revels in hate and suffering, and can take any form it pleases. It considers an act of infanticide its greatest moment, especially in light of the horrific war that followed. Fortunately for the Elric brothers, Envy's blind malice is also its greatest weakness. 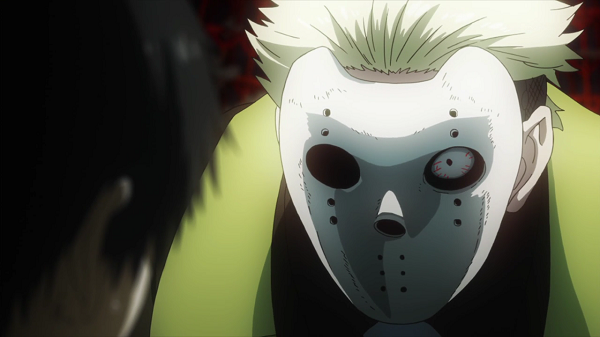 There are two types of victims: those who want the pain to stop and those who want a turn at it. Yamori—a flesh-eating ghoul known as "Jason" thanks to his hockey mask—is one of the latter. Thrown in ghoul prison and tortured by a sadistic guard, Yamori learned to find happiness in pain. After his escape, this anime killer cultivated a reputation as the most brutal killer in Tokyo's 13th Ward, capping off his reign of terror with a ten-day torture session. 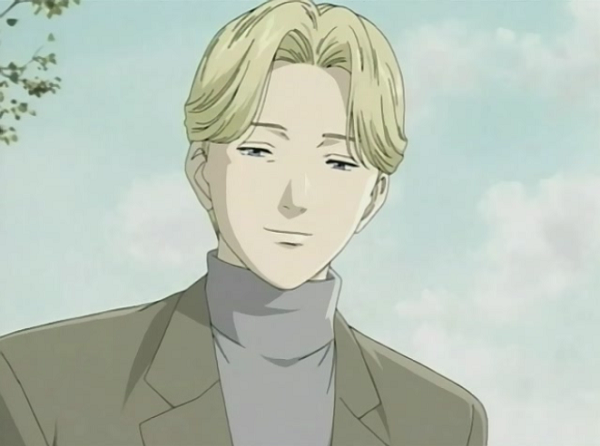 As a child, Johan Liebert started a catastrophic insurrection in his orphanage that resulted in the death of everyone who lived and worked there. He only goes downhill from that point. Johan is responsible for innumerable acts of fraud, murder, and arson across Europe, with little more motive than nihilism. Convince a child to kill himself? Make a teetotaler relapse into alcoholism? Set up an illegal banking scheme for fun? No crime is beneath this anime killer, whose charisma and intelligence enable him to enlist anyone to do his dirty work.

From: Higurashi no Naku Koro ni 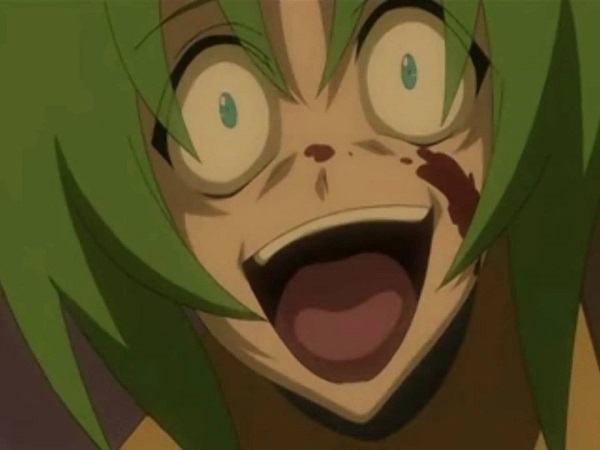 The village of Hinamizawa has an unfortunate secret: it's home to a parasite-borne psychosis that causes violent delusions in those infected. Nobody catches it quite like Shion Sonozaki though. Her disobedient, manipulative actions at school mark the beginning of a rampage that includes taser torture, crucifixion, and murder... all for a promise she made to a guy she barely knows. 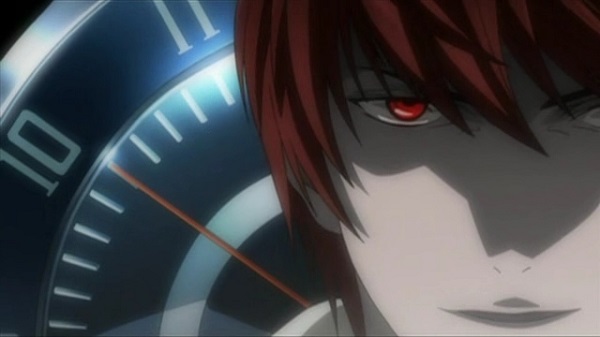 One enterprising Tumblr user did the math: Kira and his various followers may have racked up a death toll of as many as 220,000. That makes Light one of the most prolific murderers in any anime. But anyone can kill with a pen and paper. It takes conviction and a little megalomania to get that high score. 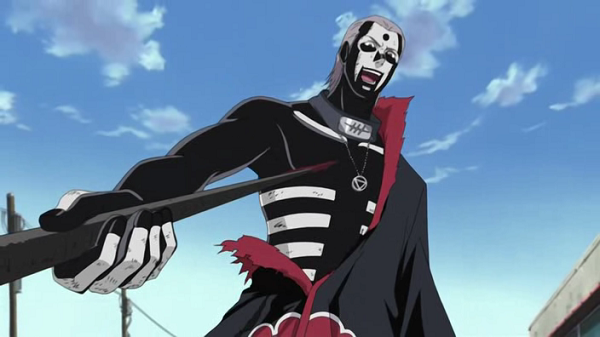 There was once a town called Yugakure, home to pacifists that call it the Village that Has Forgotten Wars. One of its inhabitants converted to Jashinism, a religion which demands more or less constant bloodshed and destruction from its followers. Sectarian strife ensued. Now Hidan has fallen in with the Akatsuki and discovered the secret to eternal life, giving this deadly anime killer all the motive and time he needs for murder... as if he needed an excuse. 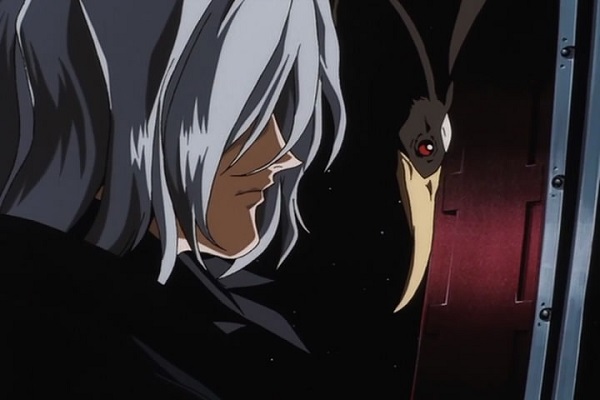 Vicious is part of the most feared crime syndicate on Mars, and even the higher-ups fear him as one of the greatest assassins in known space. This anime killer brings a sword to his gunfights and wins, having cut his teeth in the Martian army. Not that he usually needs to fight—he's got legions of gangsters to die for him, and frequently uses them as cannon fodder to get to his true goal: striking down his nemesis, Spike Spiegel. Vicious is obsessed with killing his former colleague, and will sacrifice anything and anyone to gain power at Spike's expense... including his own pet bird. "Vicious", indeed.

From: JoJo no Kimyou na Bouken 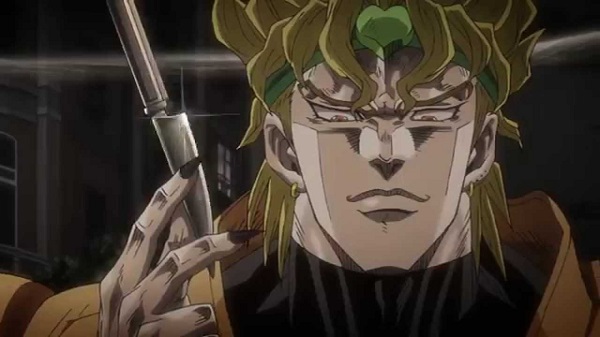 Dio Brando's character arc is more like a railgun shot, fired into space and flying forever. He starts as a delinquent child, trying to sabotage his adoptive brother by stealing his girlfriend and killing his dog. Then he uses a mystical mask to become a superpowered vampire and devours countless humans to sustain himself. Then he decides to destroy the universe and recreate it in his own image. Stylish, sinful, and frequently victorious, this anime killer embodies "started from the bottom, now we here." 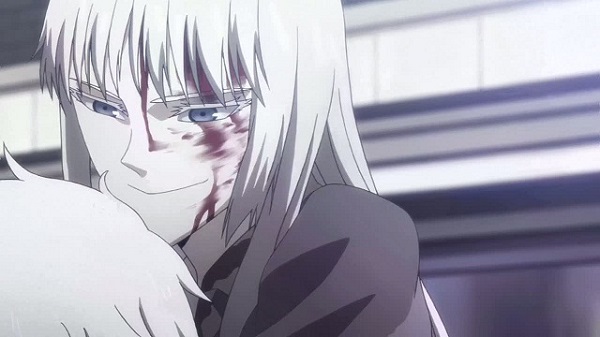 Though this anime killer generally lets her mercenaries do the fighting, Koko herself achieves the highest kill count in the series by the end of the second season. Her ultimate plan involves the destruction of human air travel to restrict the scale of war, resulting in upwards of 700,000 deaths when all the planes are grounded. Her cause is noble, and she stands apart from many on this list simply by having one. But does that make her less insane... or more?