Death Note, like many other much-loved series, is jam-packed full of memorable dialog. Here are some famous quotes from its unique characters. Who knows, you may even have a chance to use them in real life!

“Death Note” is originally a Japanese manga series later adapted into an anime, a live-action movie and a drama series. Here are some famous and memorable lines from Death Note. Some are just funny, while others clearly show the personalities of the characters. Do you recognize any of them? See if you find your favorite lines in the picks below! 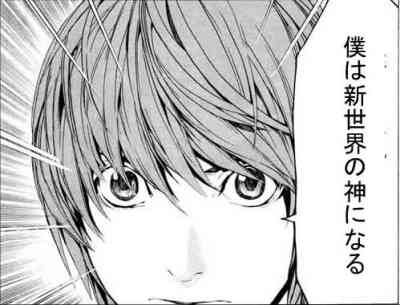 A great quote from Light as he first grasps what it means to possess a Death Note and eliminate criminals. It is interesting to see how Light matures to be Kira from a regular but smart boy next door.

●“I have never considered myself unhappy to have picked up this note and gained this ability. I’m very happy to have possessed this power to bring justice.” – Light Yagami.

Light says this to his father who is investigating Kira’s cases, when he tells Light that he feels pity for Kira for having come to possess such a power to kill people. 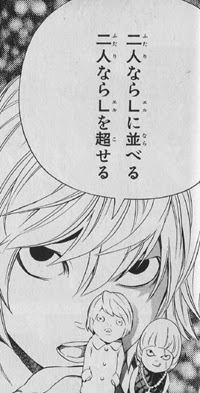 ●“True, I alone am no comparison to L, but we together can be as good as L or better.”- Near.

As Near and Mello try to catch Kira after L passes away. Near and Mello were raised in a facility to take after a great detective, L. Mello lacks calmness and Near is not really a man of action, but they know each other’s faults and work together.

●“This world is rotten. The rotten should die.”- Light Yagami.

Light’s saying that best shows Kira’s policy that it is righteous to kill wrongdoers.

●“For me, apples are like cigarettes and liquor for humans. If I’m deprived, I go into withdrawals.”- Ryuk.

Interesting thing to have withdrawal symptoms from… 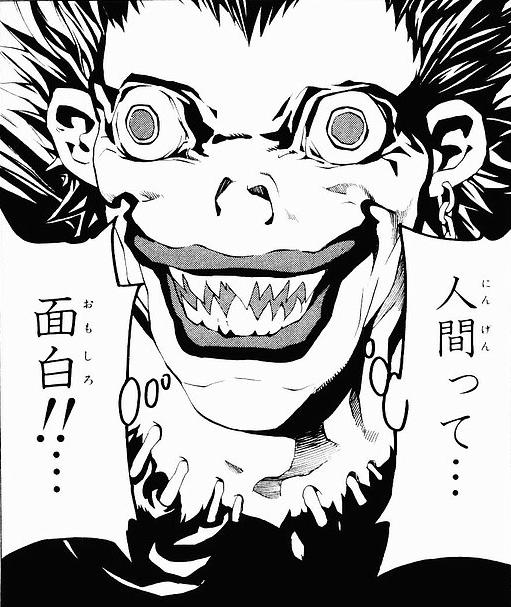 Ryuk, Shinigami or Death God, finds it funny that Light uses the Death Note to make the world better, not for his own good.

●“What is wrong is the power to be able to kill people? I feel pity for one who has come to possess such power. Happiness or peace on someone else’s death is not true happiness.”- Soichiro Yagami.

This distinctly shows his motto, “Hate the sin not the sinner.”

●“True, the law isn’t perfect. That is because we people who made the law are imperfect. But I still believe the law can show the way to righteousness and justice.”- Soichiro Yagami.

This line shows his strong sense of justice and pride as an investigator who serves the law. 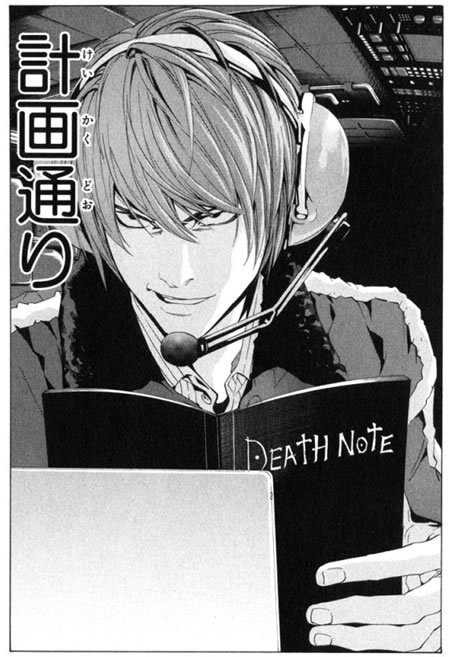 Light says this as he regains the Death Note along with his memory as Kira, after temporally parting with it as a diversion. 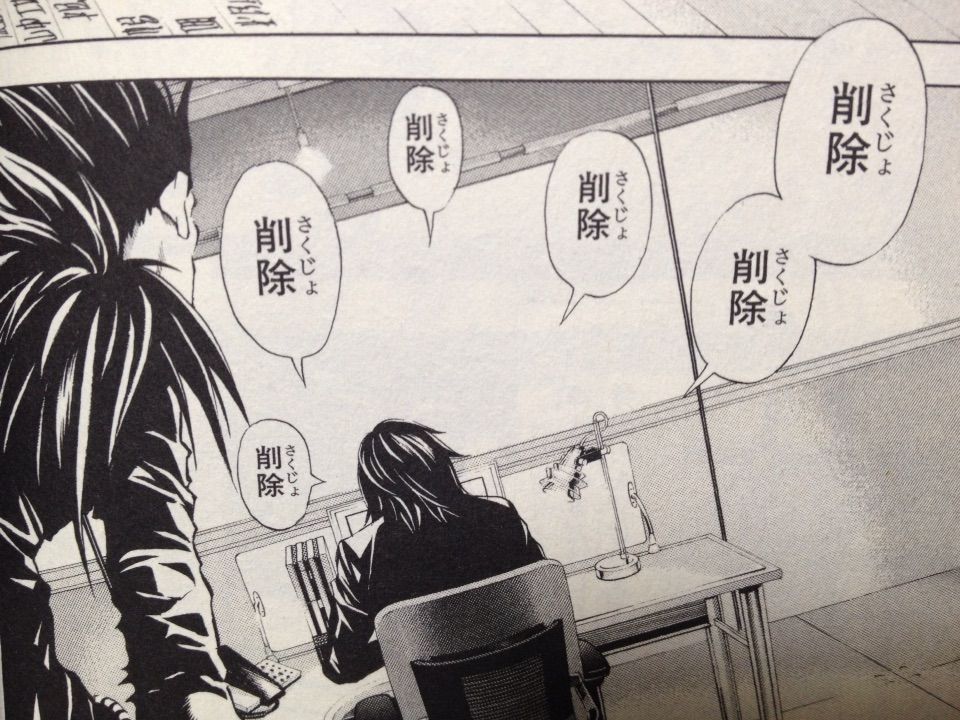 Teru Mikami, deletes people like he is a machine of justice. Mikami has a strong sense of justice towards wrongdoings and worships Kira. Light marks him and lets him use the Death Note as a fake Kira.