Let’s have a show of hands: how many of you remember your worst nightmare from when you were a kid? There’s no doubt about it - dreams can be pretty powerful.

There are a number of theories about what dreams really are and what they mean. Are dreams just our brains making sense of our lives? Can dreams foretell the future? Or are they just random firings in our brains that take the form of moving images behind our eyelids?

Dreams have played an important role in many movies and books, where they’re often used as either tools of foreshadowing, or a deeper glimpse into the mind of a character. Dreams show our fears and insecurities, joys and desires, and sometimes, a whole different world.

Anime dreams are used in much the same way, but sometimes the things you dream don’t stay in your dreams...

Close your eyes, and let’s take a journey through the landscapes of anime dreams.

Dreams in Anime as Expressions of True Desires 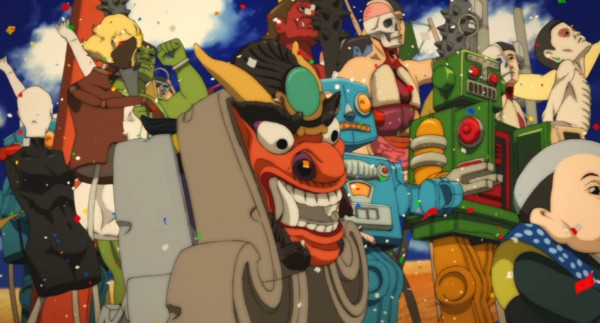 Perhaps the best example of anime dreams is Paprika. Practically the entire movie exists within dreams, to the point where dream and reality begins to blend into each other.

Dreaming in Paprika is more significant than just the dancing of strange images across your mind as you sleep. In the movie, people’s dreams hold the key to their innermost desires and personalities, to the point that just altering a person’s dream can change who they are.

Dreams have a similar significance in Mahou Shoujo Madoka★Magica. Here, dreams are where your inner demons and desires come to the surface - and failing to keep these dark desires in check can have very real repercussions for the dreamer and the real world.

Even if a dream only has significance to the dreamer, understanding what a dream tells you about who you are is sometimes critically important. The “angels” of Haibane Renmei get their names from their dreams. With nothing else to tie them to the world, they literally become their dreams.

Not every “desire” dream is dark. Take Osaka from Azumanga Daioh, who dreams that Chiyo-chan has detachable pigtails which grant her the power to fly - a very Osaka kind of dream.

Dreams in Anime as Flashbacks and Foreshadowing 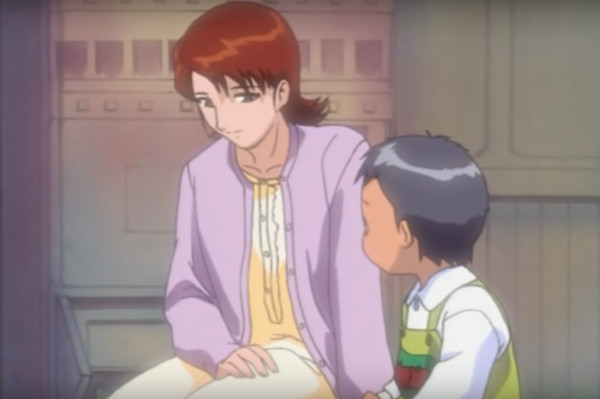 Not all dreams have deeper meanings. Some are simply a convenient set-up for a flashback. This is used in many anime, including Ghost Stories in episode 12 where Keiichirou remembers visiting his mother in the hospital.

The flashback ends in a display of Keiichirou’s fear of a ghost and sorrow over his mother’s loss: the ghost appears and takes his mother away as he’s having a heart-to-heart with her (or telling her a fart joke, depending on whether you watch the subbed or dubbed version).

Other anime use dreams to give us a sense of what’s coming. These kinds of dreams are usually dark or have a dark undertone, and they feel like warnings. Some people heed their dream's warnings, like Saitama from One Punch Man, whose dream of a fight helps him defeat his enemy in reality.

Dreams in Anime as Fanservice 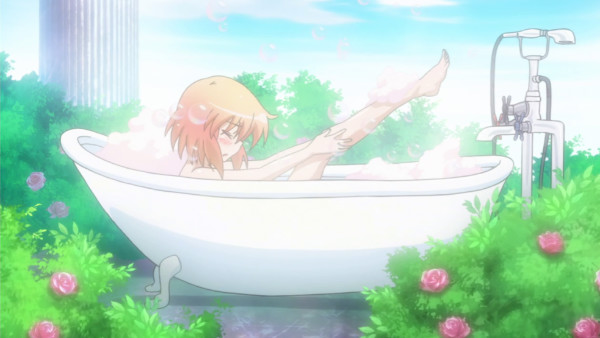 Some anime dreams are nothing more than fantasies. Even if a character manages to get away with not showing any skin in the waking world, there’s always a chance that someone else will just dream her clothes off.

Shower and bathing dream sequences are particularly popular in anime. Tsukihi Araragi and Suruga Kanbaru from Nisemonogatari have both apprared bathing in dreams, as have Kotoura from Kotoura-san, and Alice from Moetan.

Ladies, don’t feel too left out: anime has its share of man bathing dreams, too. We see this with Yuuta from Chuunibyou demo Koi ga Shitai! and Keita from Binbougami ga!.

We could argue that these kinds of dreams still fall under the category of “innermost desire,” but really. Sometimes a cigar is just a cigar, and a naked showering woman is… well, you get the point.

Dreams in Anime as Waking Nightmares 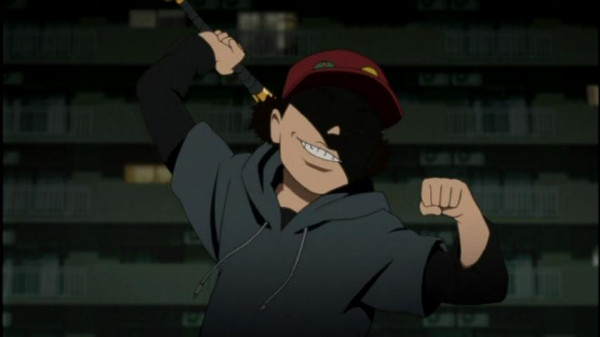 Do you have to be asleep to dream? Paranoia Agent, from the same creator as Paprika, tests that hypothesis. A little boy is going around beating people up with a baseball bat. Or is he? Is “Lil Slugger” really just a collective nightmare?

Watching some of these anime will leave you wondering where the dreams end. Maybe you’re dreaming up this article right now…!?