Hanyou: The Half-Demons of InuYasha

Hanyou (half-demons) are a mix between human and yokai (demons). Some are born from a parent of each race, whose love superseded the norms set by human and yokai societies. Others, however, are born through unnatural and malicious means. Read all about the hanyou in this article. 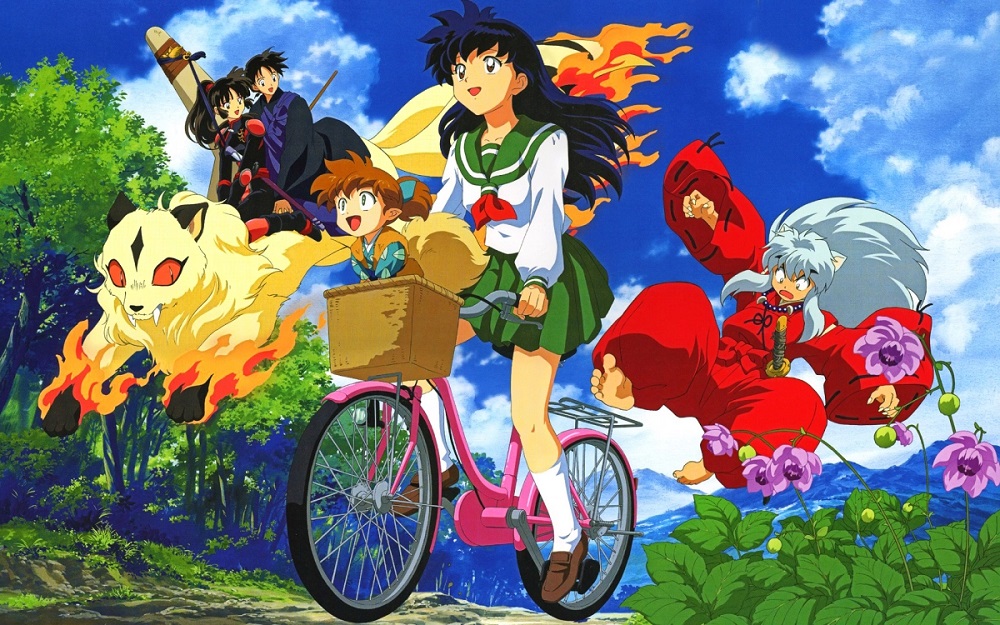 Hanyou, half demons, tend to have primarily human appearances with a few demonic traits. This makes them outcasts to both humans and yokai, with humans viewing them the same as demons, and yokai viewing them as tainted by their weaker human halves. Generally a yokai can only count on family members for support. Hanyou are also seen by demons as weak and unworthy, though many can be stronger than the average yokai. Each hanyou does have a major weakness; once a month they lose their demonic powers and become fully human for a full day or night, though the exact determination of when this happens varies from hanyou to hanyou. Alternatively, hanyous can also temporarily become full demons when placed in great danger. However, the power boost from this form can be too much for a hanyou to handle and results in them going berserk and going on a killing spree until they are calmed down. 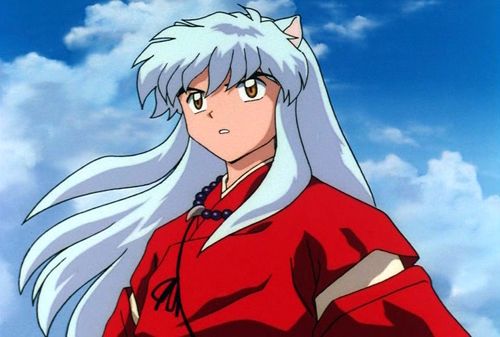 A natural hanyou and our title character, InuYasha is descended from the daiyokai (great demon) Inu no Taisho and Izayoi, a noblewoman. His demonic power is enormous for a hanyou due to his lineage, and gives him abilities far above that of most hanyou. 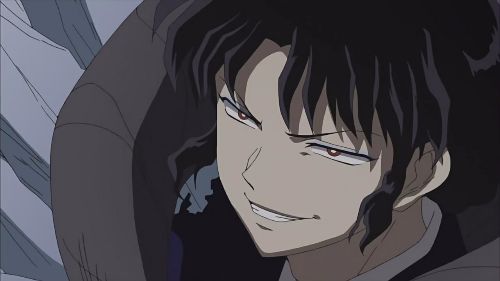 Naraku was unnaturally born when the human Onigumo offered his body to demons so that he could acquire the Shikon no Tama. Largely based on a spider demon, Naraku possesses the ability to absorb other yokai and steal their powers. 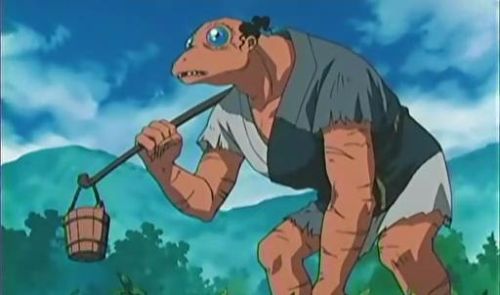 Jinenji is the textbook definition of a gentle giant. While he does have the great physical power of a yokai, he mostly spends his days tending to an herb farm and creating healing remedies. He lives with his human mother on the land he inherited from his yokai father. 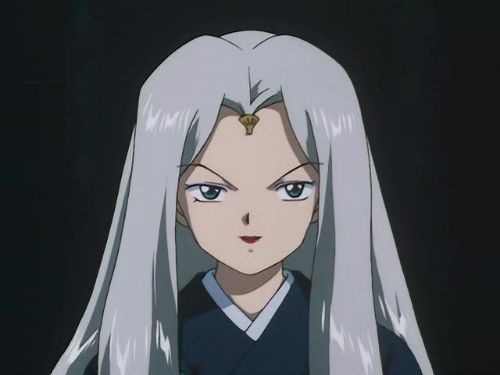 Tsubaki was once a human priestess who saw Kikyo as a rival. She eventually betrays her fellow priestess Kikyo in a failed attempt to steal the Shikon no Tama. She sold her soul in exchange for eternal youth and beauty, later becoming a hanyou when merging with an ogre to gain its power. 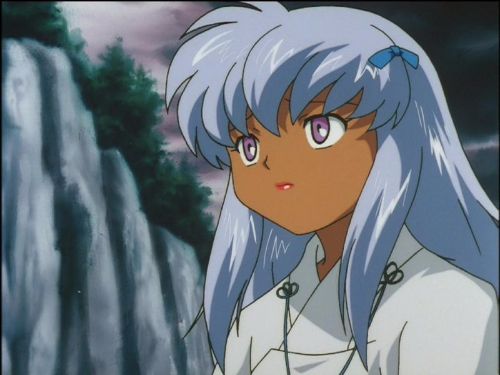 Shiori, like Inuyasha, is the child of a daiyokai. Her father Tsukuyomaru was a great leader among bat demons. Her immense demonic power gives her the ability to create barriers that are nearly unbreakable. 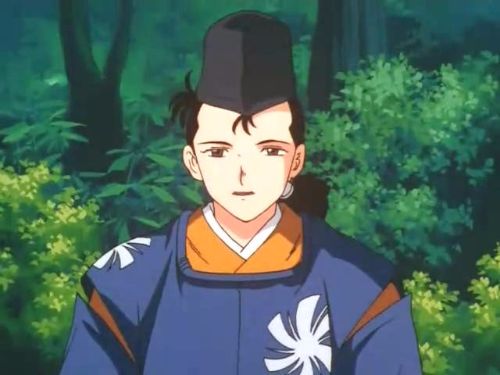 The son of a bull demon mother and a human father, Izumo is unique in that he transforms between human and yokai forms on a daily basis. Akin to a werewolf, he is human in the day and a yokai at night. His power seems to be the same as the average demon, with physical strength that matches his large demonic stature being his only notable quality. 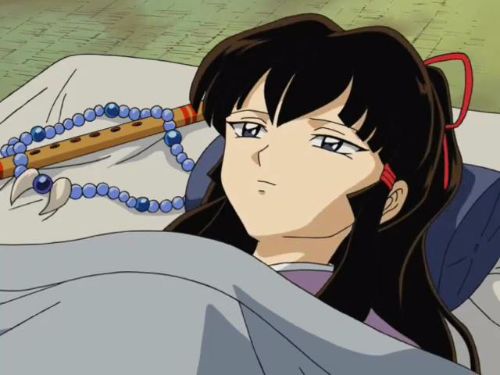 Sara was dying from a terminal illness when she met and fell in love with Sesshomaru. Desperately wanting to be with him, she made the same deal as Onigumo and allowed a horde of demons to take her body and transform her.

The fourth InuYasha movie, InuYasha: Guren no Houraijima, features a group of hanyou children living under oppression on a magic island. 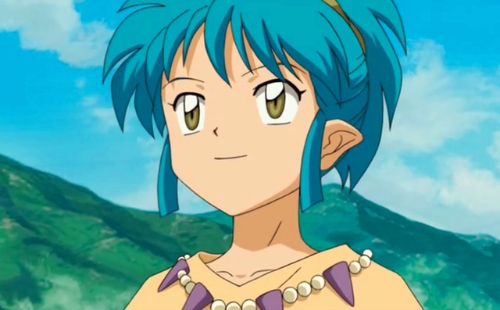 The eldest of the hanyou children on Horai Island, Asagi took the role of leader and did everything in her power to protect the other children. 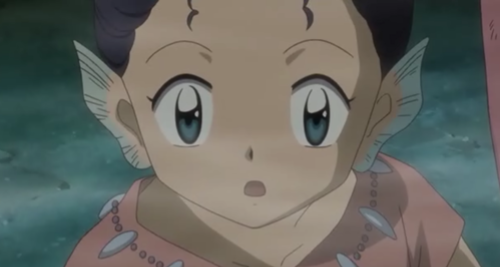 Ai is the youngest of the children and was the one who escaped the island to bring back Inuyasha and his friends for help. 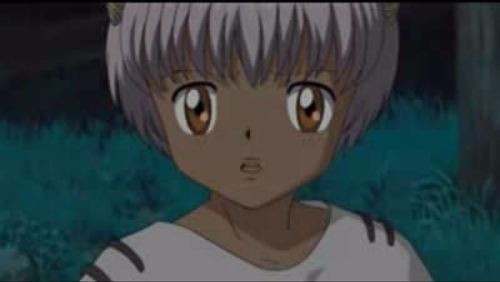 Shion assisted Kagome by retrieving her bow and arrows, allowing her to participate in the fight against the Four War Gods. 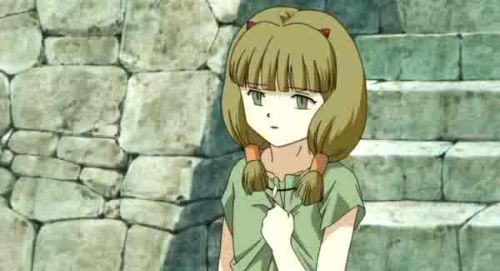 Moegi suggested building a raft in order to escape the island. 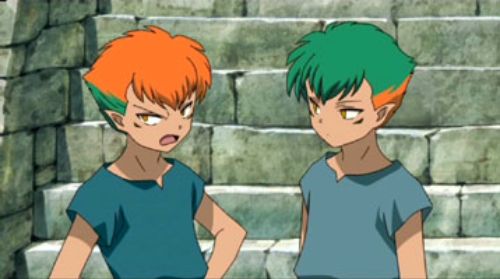 The twins Dai and Roku primarily served as comic relief with their smart mouths and immaturity.