Mobile Suit Gundam Wing: The Gundams and Their Pilots

Whereas other Gundam series depict a random person jumping into a prototype Mobile Suit, the machines of Gundam Wing were hand-tailored for specific combat capabilities. Each pilot was selected for a number of reasons, but a top factor was their compatibility with their Gundam's fighting style.

Gundam Wing begins with Operation Meteor, a plan by five scientists to each send a mobile suit to Earth in order to fight the evil organization known as OZ. Though started independently, these five Gundam pilots come together to fight OZ in their Gundams, mobile suits made from the incredibly durable Gundanium alloy. 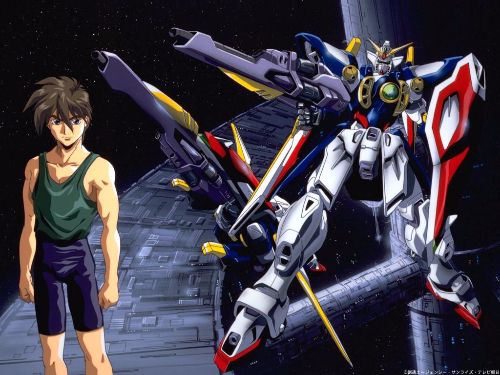 Heero is a young man with the heart of a battle hardened veteran. Believing emotions have no place on a battlefield, he is the most focused and skilled of all the Gundam pilots as well as one of the only living individuals capable of using the Zero System. The Gundam he pilots, the Wing Gundam, has fairly standard armaments with the exception of the Buster Rifle, a weapon powerful enough to completely disintegrate an enemy mobile suit in a single shot. 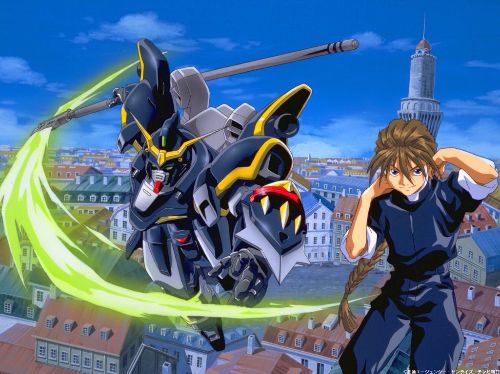 Duo is the most upbeat Gundam pilot, often serving as the comic jokester of the group. This cheerful exterior hides a dark childhood and his past causes him to think of himself as the God of Death. He pilots the Gundam Deathscythe, a machine that excels in stealth and close range combat. Most opponents do not even realize Duo is there until his trademark Beam Scythe is ending their life. 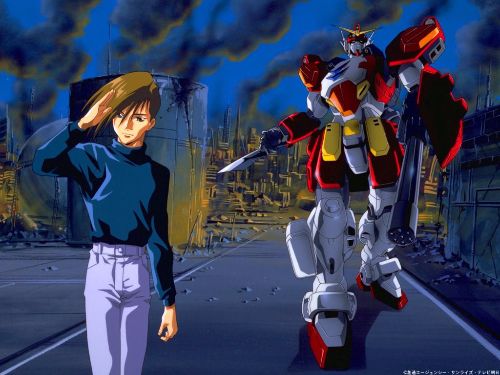 Trowa is a calm, patient individual, but he will attack his enemies full force after analyzing their tactics. The Gundam Heavyarms was built for one thing: firepower. Heavyarms is loaded with as many guns and missiles as it can carry and Trowa can fire quickly and accurately enough to decimate a small army before running out of ammo. These weapons do make the controls heavy and difficult to balance, but Trowa compensates for this with his skill as an acrobat. 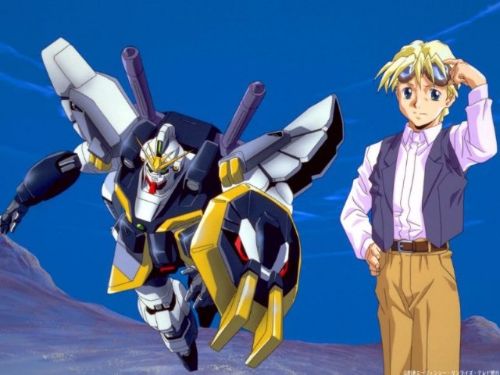 Quatre is the softest of the Gundam pilots, a pacifist who fights only because he sees no other way and who often mourns the enemies he must kill. His Gundam Sandrock is equipped with a large shield and a pair of massive blades for close range combat. While the machine is somewhat lacking in ranged weaponry, it boasts the strongest armor of all the Gundams and can take would-be fatal hits while closing the distance between enemies. 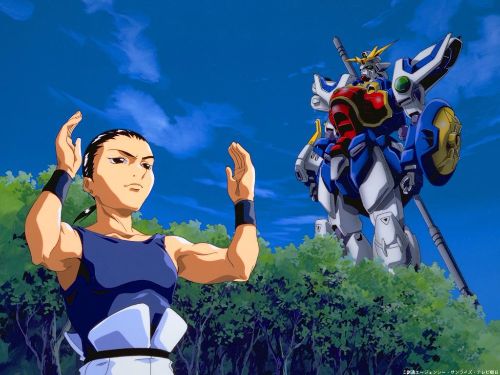 Wufei, a Gundam pilo from China, is a fierce, proud warrior who despises weakness and follows a strict code of honor. His inner strength is matched by an equally powerful intelligence, allowing him to stay a step ahead of everyone else. His Gundam Shenlong was built for close to mid-range combat, sporting an extendable claw weapon in the shape of a dragons head that also doubles as a flamethrower.