You Better Believe it! A Recap of Pre-Shippuden Naruto

Did you finally decide to start watching Naruto, but are confused about the complicated storyline? Or did you take a break and forget what happened in the first couple volumes? We got your back!

THIS IS YOUR LAST SPOILER WARNING.

A Chronological History of Naruto 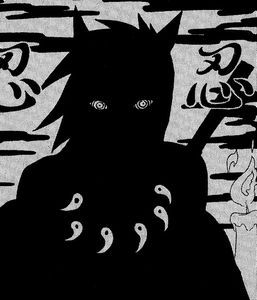 The hero who saved the world from devastation, now revered as the
”God of ninjas”. Everything starts with him.

Thought of as both the Creator that brought peace and order to the world, as well as the Bringer of Destruction, he`s an ambiguous entity in legends.

He created one of the Three Great Eye Techniques, the Bloodline Limited Rinnegan. Also the first host of the Ten-Tailed Beast.

The Shinobi Clans, especially the Uchiha and Senju Clans, were locked in seemingly neverending combat. This is what happened before the establishment of the Ninja Villages. 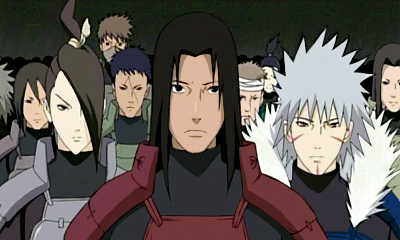 The Senju Clan of the forest, led by Hashirama Senju 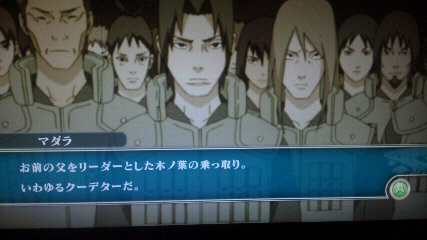 The Uchiha Clan led by Madara

70 Years Previous: The Armistice between Uchiha and Senju

In cooperation with the Land of Fire, they founded Hidden Leaf Village. 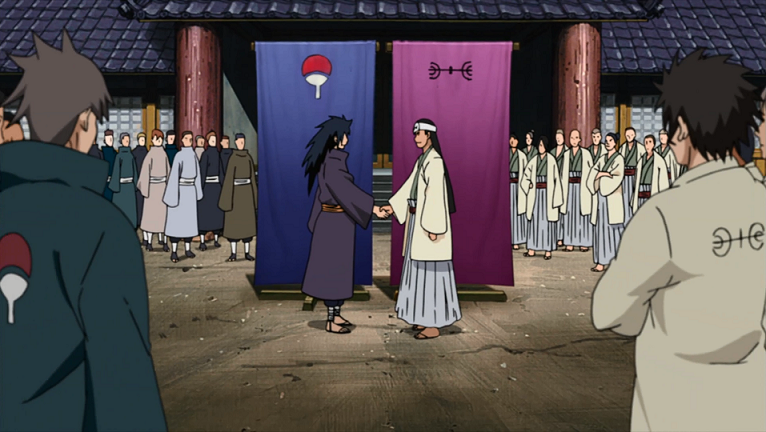 The other countries followed suit, each establishing a shinobi village of their own.

The most powerful countries, the Land of Fire, Lightning, Water, Earth, and Wind become known as the Five Great Shinobi Countries. 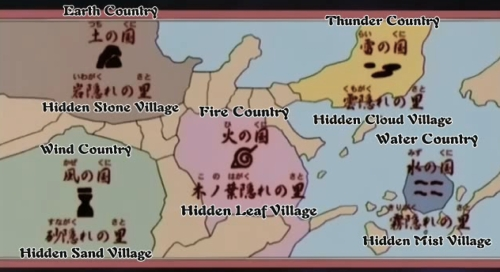 The ninja villages are as follows:

The leaders of each village are called the Five Kage (Hokage, Raikage, Mizukage, Tsuchikage, Kazekage), and rule over every shinobi on Earth.

War broke out between the Five Great Shinobi Countries. It lasted two years before a peace treaty was drafted.

As a token of peace, the First Hokage (Hashirama Senju) distributed the Tailed Beasts to each country. 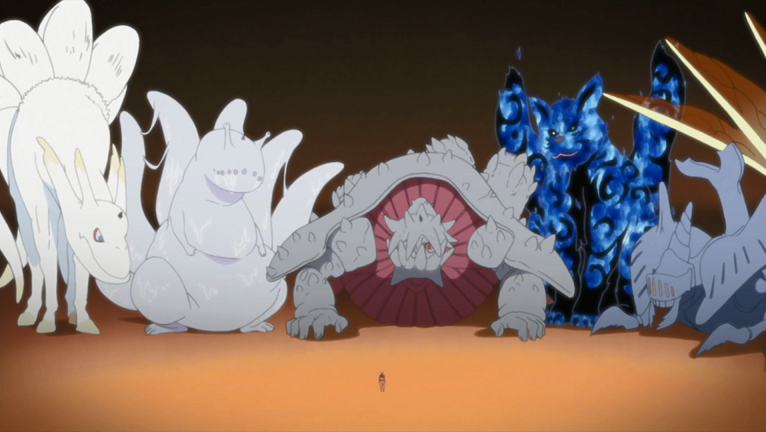 At that time, Madara escapes Hidden Leaf Village, swearing to avenge his people. 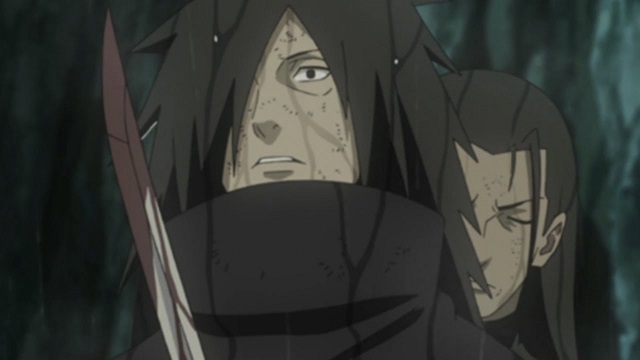 During this time, the First Hokage lost his life at the Valley of the End. The second Hokage is then appointed. 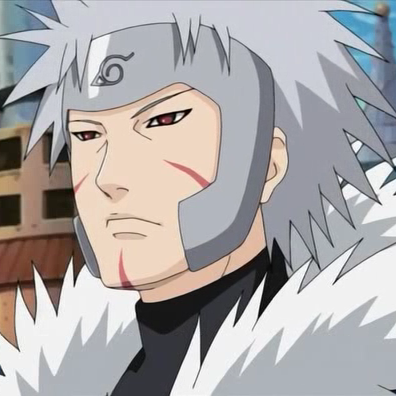 Hashirama’s younger brother. Skilled at Water jutsu, he can use high level skills even without the presence of water. The creator of the Summoning: Impure World Reincarnation (Edo Tensei).

He created the Hidden Leaf’s Military Police Force, headed by the Uchiha Clan, as well as established the Shinobi Academy, the Anbu Black Ops, and the Chuunin examinations.

He sacrifices himself to save his team during an ambush in the Shinobi War, and was probably killed by the Kinkaku Force from Hidden Sand 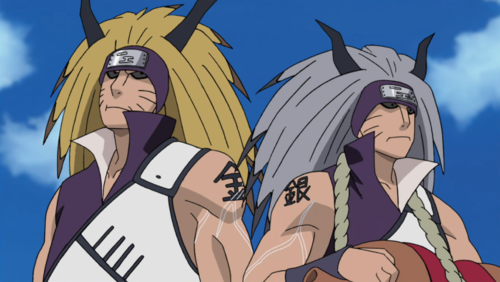 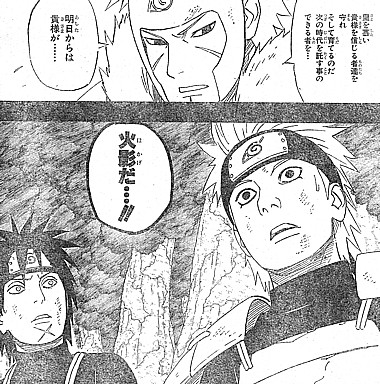 Hiruzen on the right, with a young Danzo on the left 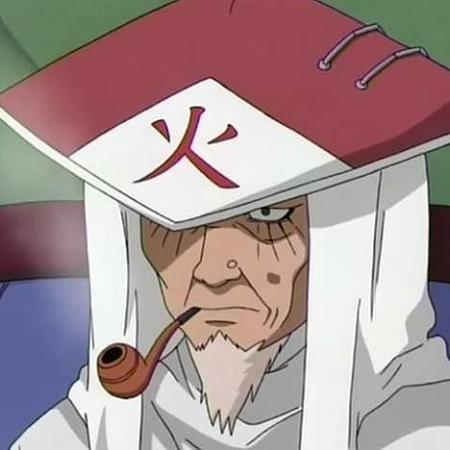 Disciple of the Second Hokage, as well as the teacher of the Legendary Three Ninja (Sannin). Rumored to be able to use every jutsu known by the Fire Village, he gained the nickname of “Professor”.

He passed the Hokageship to Hidden Leaf’s Yellow Flash for a short time before the Fourth Hokage was killed, whereupon he resumed the role.
The Third Hokage was instrumental in the development of the Hidden Leaf Village.

Around this time, Danzou established a dark organization known as Root, presiding as the leader. 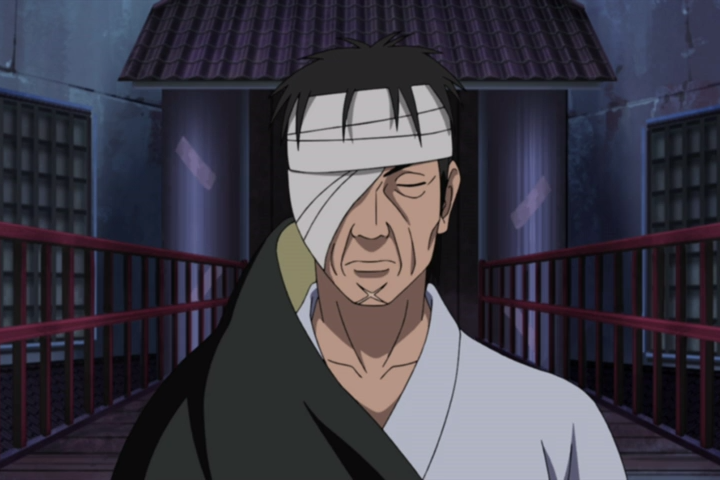 Simultaneously the Third Hokage’s childhood friend and rival. Strongly protective of Hidden Leaf Village. Ruthless and dangerous to even the residents of Hidden Leaf, he nevertheless only acted in what he felt were his village’s best interests.

The First Shinobi World War was followed by twenty years of peace. However, every country soon started using military force to expand their borders under the pretext of spreading peace, leading to the Second Great War. 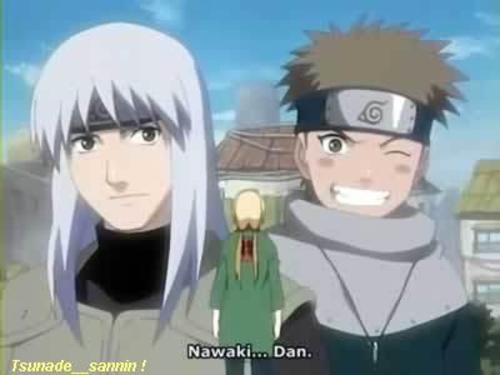 The Birth of the Sannin (Legendary Three):

Jiraiya, Tsunade, and Orochimaru were given the name as praise after the battle against Hidden Rain Village’s leader Hanzo, despite having been defeated.

During this fight, Jiraiya takes in three orphans. For three years, he trained Yahiko, Konan, and Nagato, who were to start the organization Akatsuki.

Eventually the border skirmishes escalate to the point of another world war. This becomes an unprecedented war of attrition. 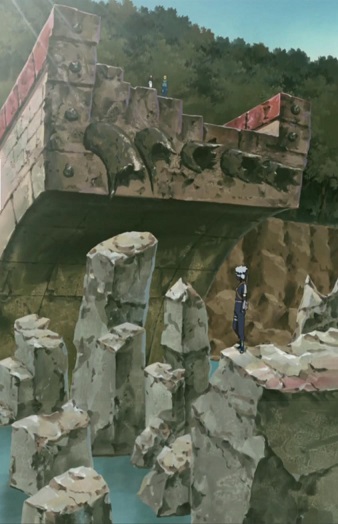 The war swings in the Fire Kingdom’s favor after the battle at Kannabi Bridge. In order to slow the momentum of Hidden Stone, a group consisting of two jōnin (including Hidden Leaf’s Yellow Flash) and two chūnin were sent to destroy the bridge that was used to supply the Land of Earth’s supply lines. This is depicted in “Kakashi Chronicles,” Naruto Vol. 27.

Kakashi receives his Sharingan from Obito at this time.

The dying Obito was helped by Madara, an old man by now. (Remember the part where he died? Yeah. He didn't.) 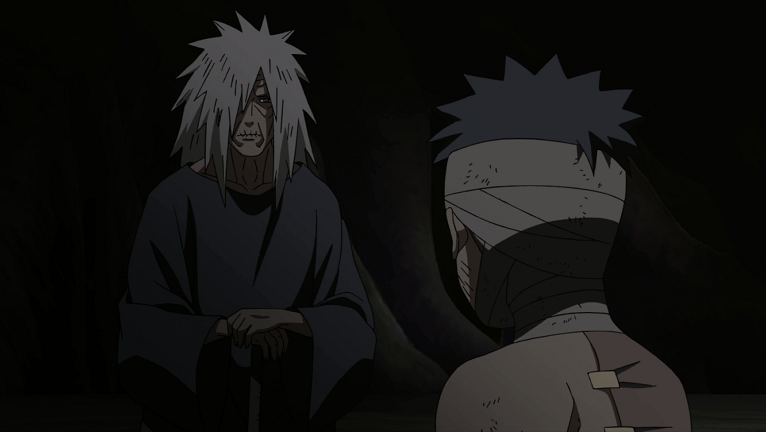 During the later stages of the war, Kabuto Yakushi arrives in Hidden Leaf. Kabuto’s childhood is shown in Vol. 61. 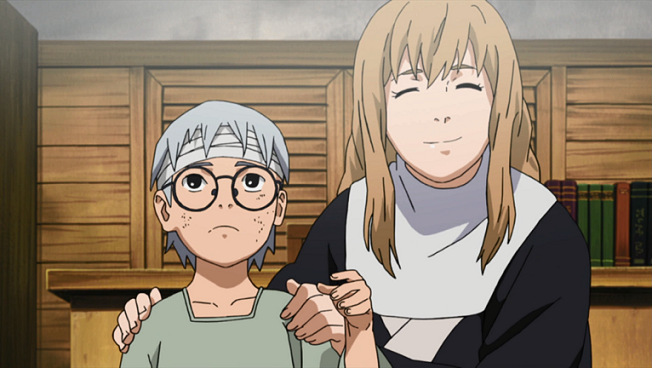 Minato Namikaze is appointed as the Fourth Hokage, defeating Orochimaru, who hadn’t been so much as nominated.

Said to have been peerless in the village in terms of ability and popularity. A blonde, good looking youth that, according to teacher Jiraiya, even the previous Hokage and Legendary Three regarded with respect.

His wife Kushina was from Hidden Eddy Village (Uzushiogakure). Together they had a son named Naruto Uzumaki. The name came from the main character of Jiraiya’s novel, The Tale of the Utterly Gutsy Shinobi.

Hiruzen Sarutobi’s student. Talented from childhood, there were great hopes for his future. Has a brutal temper, but is charismatic towards his underlings. He was kicked out of Hidden Leaf after it was discovered that he was studying forbidden jutsu. 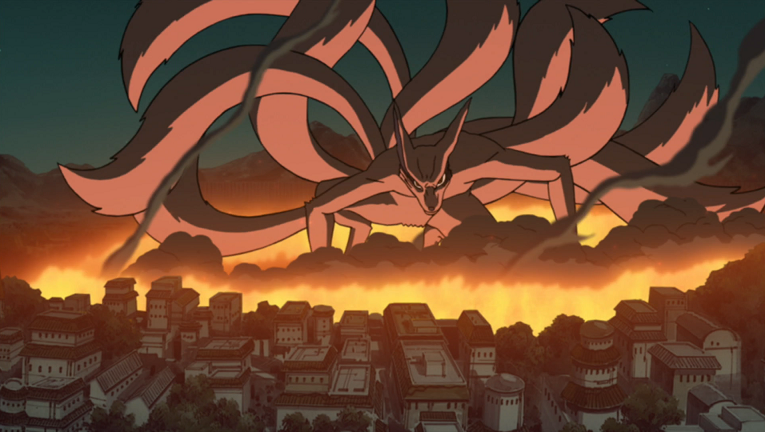 The Fourth Hokage dies after saving the village from destruction. Naruto’s mother Kushina also dies after being separated from the Nine-tails sealed within her. Naruto becomes the new host of the Nine-tailed beast.

Upon the Fourth Hokage’s death, the Third Hokage (Hiruzen Sarutobi) resumes his post.

After the Kyuubi incident, the Uchiha clan starts to be monitored by Anbu operatives.

Around this time, multiple disappearances of shinobi occur.

Itachi Uchiha massacres the entire Uchiha clan except for his younger brother Sasuke. He leaves Hidden Leaf and joins Akatsuki. 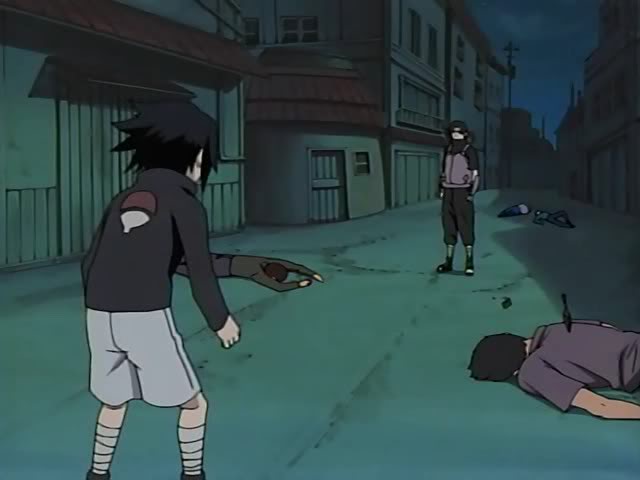 Everything After This Point Occurs During the Manga’s Timeline

The Hidden Village achieves peace, once again under the Third Hokage.
Naruto graduates the Ninja Academy without incident, and becomes a genin, taking part in various missions.

Mission in the Land of Waves

The story of Zabuza and Haku’s deaths. Sasuke’s Sharingan awakens, and Naruto discovers the tremendous power of the nine-tails sealed within him.
Vol. 1-4 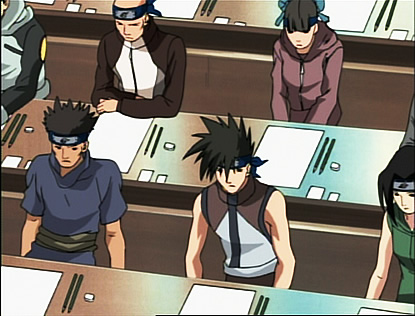 The preliminary test is a written exam. Shinobi are required to take part either with their team of 3, or not at all.

At the same time as the exams, Orochimaru begins Operation: Destroy Konoha.

The second round of the Chūnin Exams take place in the Forest of Death.

The third round of the examinations consists of a 1 on 1 fight which ends only in surrender, faint, or death. Winners advance to the finals.

The third round is halted after the battle between Gaara and Sasuke due to an emergency. 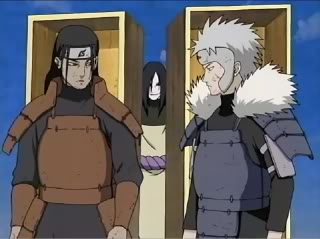 The Third Hokage is killed in battle, and Tsunade is appointed the Fifth Hokage.

The showdown of the Three Legends. 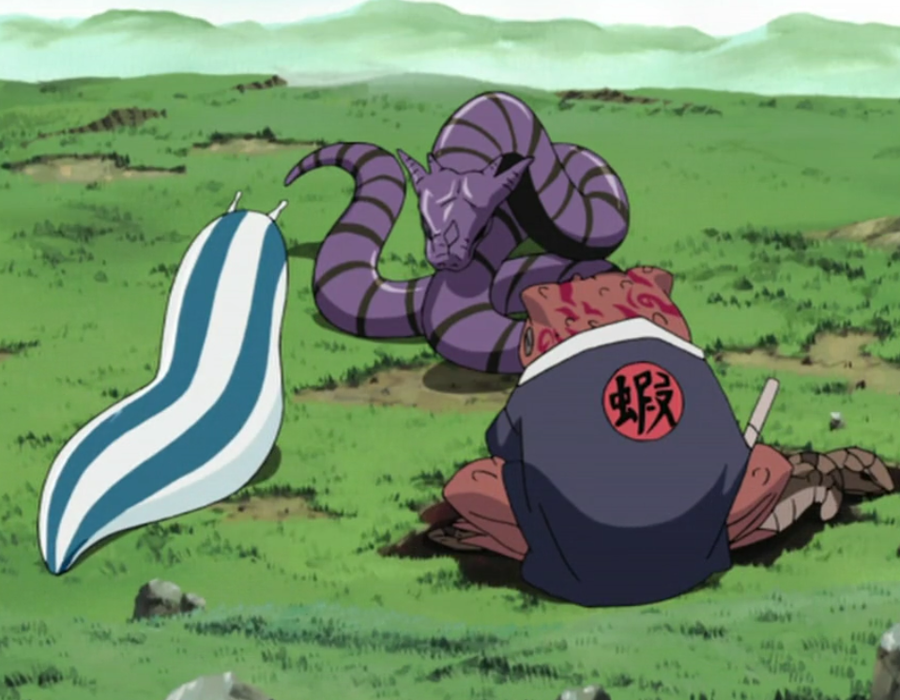 During this time, Naruto masters his first Rasengan. 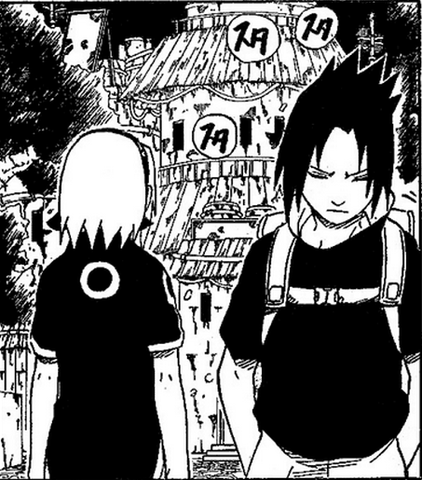 Sasuke leaves the Hidden Leaf in search of Orochimaru.

Shikamaru goes on his first mission as a newly appointed chūnin.
This arc is extremely popular! It is depicted in Vol. 21-27.

Naruto leaves Hidden Leaf on a training journey with Jiraiya. They don’t return for two and a half years. 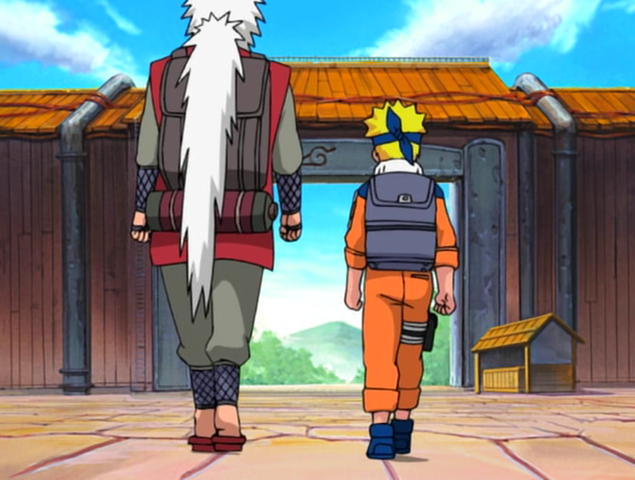 During the 2.5 years, Sasuke had also been training along with Orochimaru. 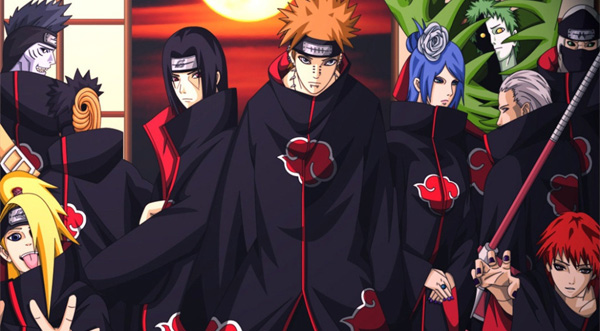 Akatsuki starts their activities. The missing shinobi from the previous incidents are discovered to have been in Akatsuki the entire time.

Which brings us to... 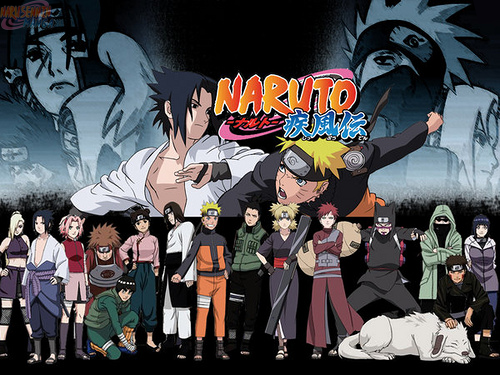 Congrats! You've made it through the first series, and you're ready to embark on new and even more exciting adventure!