Tons of good anime movies have been made over the years. But why settle for good? We present to you a list of not 5, not 10, but 20 of some of the best anime movies in existence! Dig in and find some new and interesting Japanese animated movies to watch this year!

If there’s one thing that will get anime fans in a heated and angry battle of words, it’s the debate on which anime movie is the best. To help alleviate the tension just a bit, we’ve explored a much wider range of anime movie options. Great anime movies abound. Some of them are so time-honored and widely known that even casual anime fans could name them. Others are a bit more obscure, pulsing on the tongues of only those anime fans with the most refined tastes. One thing, however, is almost always certain: few fans, whether casual or hardcore, have seen them all. What better way to spend the new year than in joyful rediscovery of some of your old favorites, and in anxious anticipation for some potential new favorite anime movies as well? We’ve got just the thing to whet your anime movie whistle. Here are 20 of the best anime movies available, just in time for the new year! 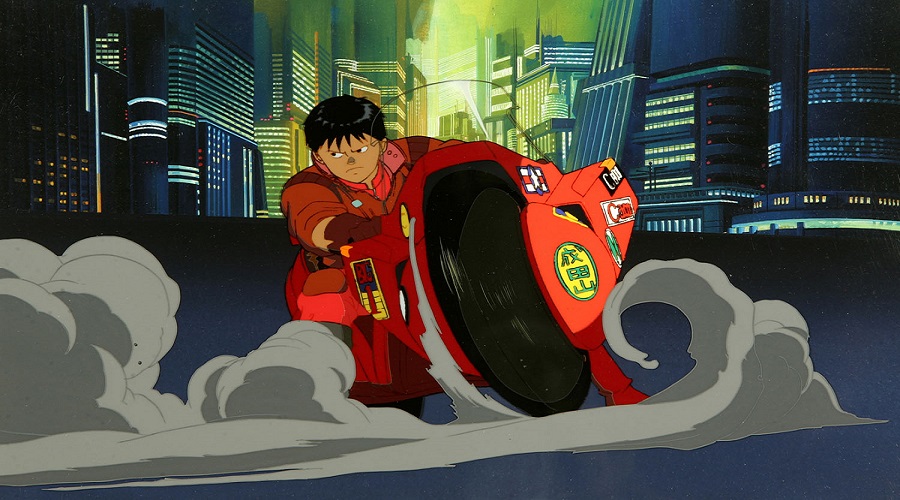 Akira has always been a unique movie. Not only was it strange (in a good way), but it showed just how creative anime could be. The storyline was compelling, the action heart-pounding, and the animation a perfect match for the era. It was one of the first anime films to make it overseas from Japan, and undoubtedly set the spark of fandom in many young viewers. 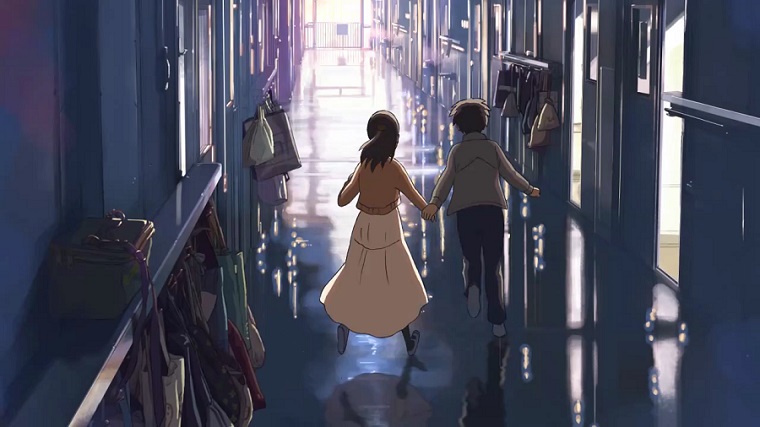 Many good anime movies shy away from action, blood and violence, instead opting to tell simple love stories. Byousoku 5 Centimeter is one of the most famous, telling the cliche tale of long-distance relationships. However, this isn't your average romantic film. Made up of several short stories, the different emotions that the two characters experience throughout the film - friendship, love, despair, anger, heartbreak - are portrayed in such a familiar way, they are truly painful to watch. This is absolutely one of the best anime movies available, a must watch for any true anime fan! 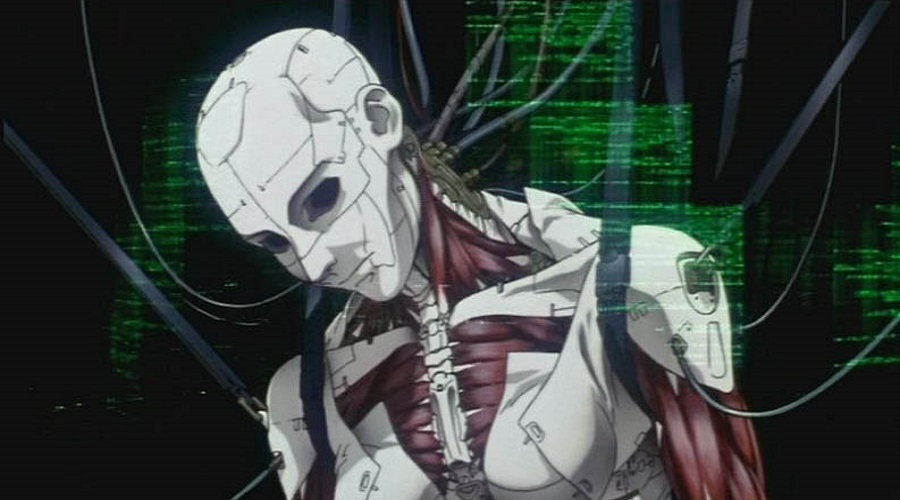 Ghost in the Shell has spawned many iterations and remakes. The original, however, was a 1995 film that helped many critics remember why Japanese anime movies are more than just creations of niche passion. Vivid storytelling, animation and imagination mark this sci-fi epic, helping to make it popular even among critics who are not usually anime fans.

Hotaru no Haka (Grave of Fireflies) 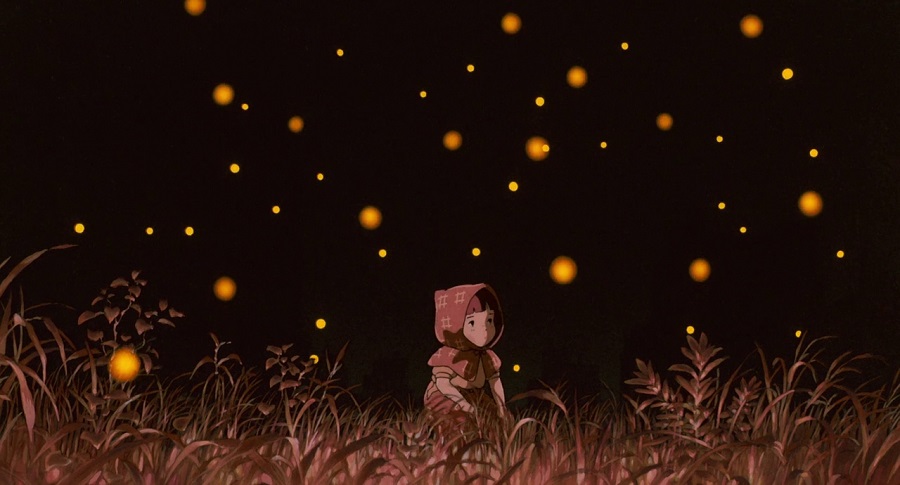 Not only is Hotaru no Haka Studio Ghibli’s second work of art, it is also one of their most well-received. Even much-vaunted movie critic Roger Ebert placed it on his “Great Movies” list. Set in the aftermath of World War II, the anime takes viewers through an emotional story that highlights the consequences of war. However, the director, Isao Takahata, explains that the movie is not anti-war, but meant instead to draw sympathy for those in their teens and twenties who live failed lives due to isolation from society. 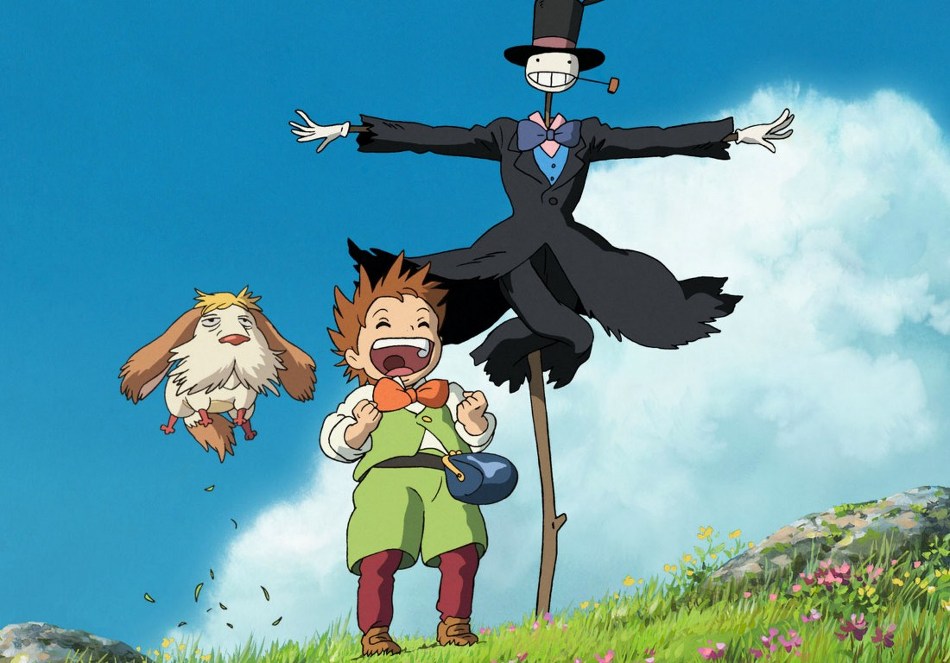 Howl no Ugoku Shiro is pure fantasy from start to finish. Both the story and the animation style were made to excite the imagination. Studio Ghibli spared no expense to make this film, even licensing it with Walt Disney Studios to ensure great exposure in the US and beyond. The tale shares many common elements with other fantasy films, with a feel similar to the famous whimsical tale, The Wizard of Oz.

Kaguya-hime no Monogatari (The Tale of the Princess Kaguya) 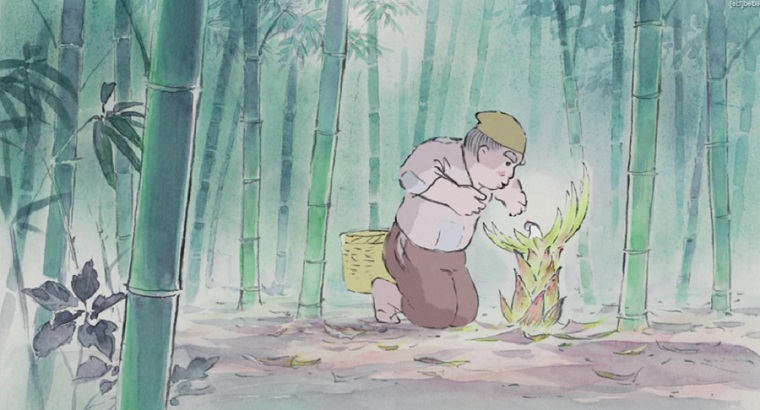 The biggest hallmark and draw of Kaguya-hime no Monogatari is its extremely unique animation style. Although it is not the most well known anime movie from Studio Ghibli, it is one of the most highly rated. The film mixes fantasy and romance to tell the story of a girl born from a bamboo shoot, based on a famous Japanese folk tale.

Karigurashi no Arrietty (The Secret World of Arrietty) 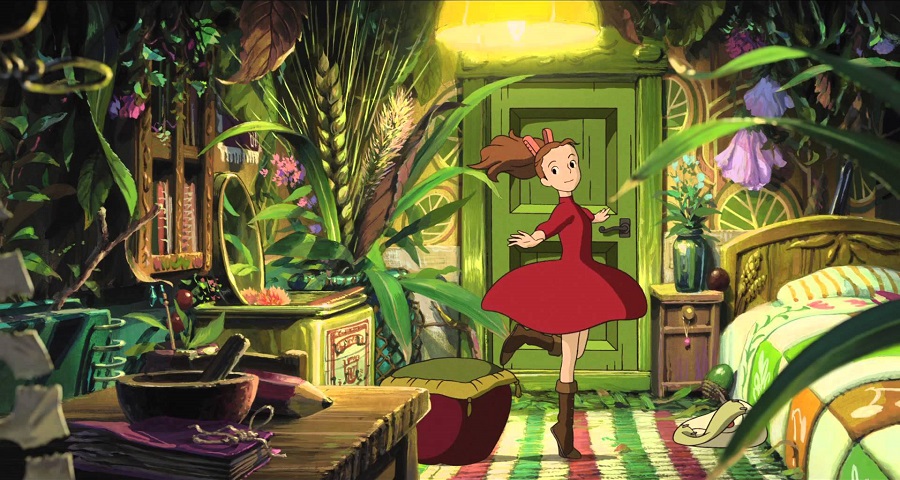 Karigurashi no Arrietty tells the story of very small people doing very big things. Those who have seen the film will note its familiarity with the American film and book, The Borrowers. The reason, of course, is because it is based directly on the story. Karigurashi no Arrietty is a creative remake of the tale, presented in a unique way that only Studio Ghibli could do. 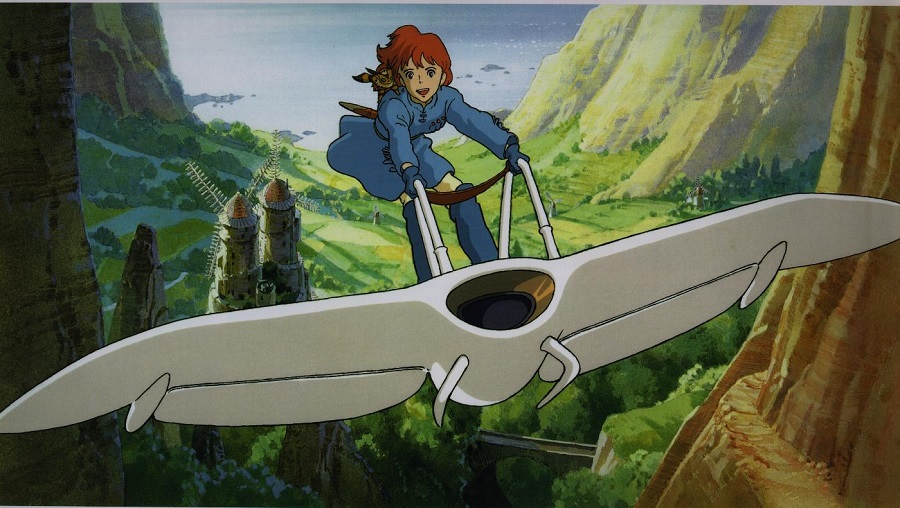 Kaze no Tani no Nausicaä presented a story based around a strong female lead, long before strong female leads were “cool”. The film has some of the best elements anime fans look for: guns and swordplay. The animation style screams “Studio Ghibli” through and through, although the anime itself is not officially in the studio’s library. The main character’s name is taken directly from The Odyssey, in which Odysseus is taken in by Princess Nausicaä after he is shipwrecked on an island. Interestingly, the name means “burner of ships”. Fitting, huh? 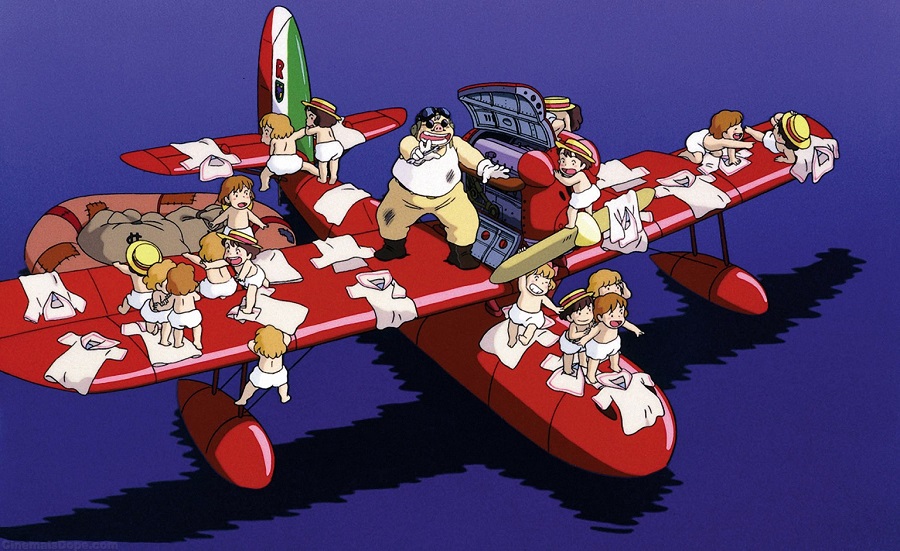 Kurenai no Buta is one of those anime films that is hard to describe to anyone who hasn’t seen it. Yes, the main character is a pig, and yes, it takes place in France. On the surface, the film’s oddity of characters and setting make it difficult to jump into. However, the story is mixed with adventure and humor, which is understandable when your main character is, literally, a flying pig.

Lupin III: Cagliostro no Shiro (The Castle of Cagliostro) 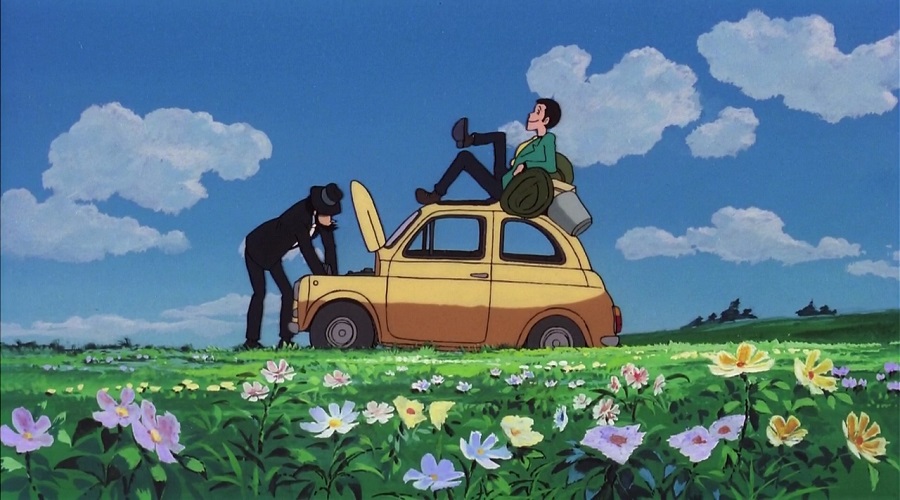 There’s something about castles that make them great fodder for anime movies. Lupin III: Cagliostro no Shiro is one among many Lupin tales, with our suave thief tracking down the source of counterfeit money (that he stole, of course). 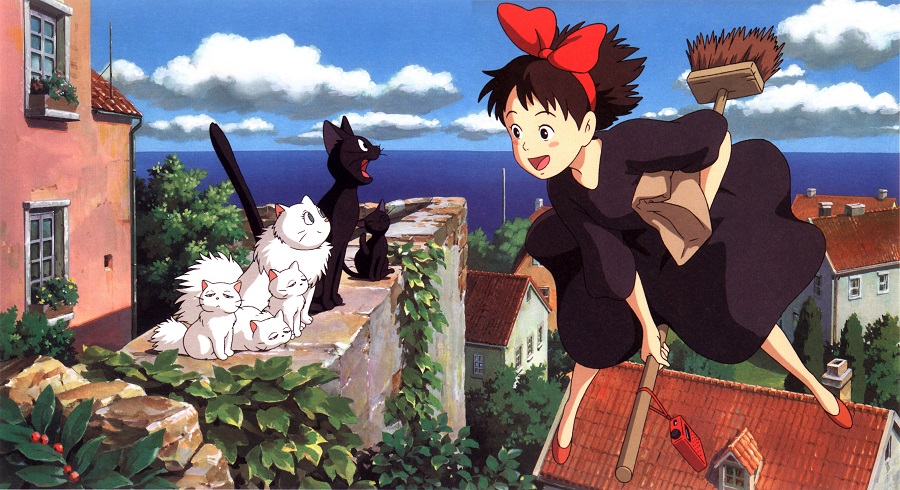 Majo No Takkyuubin is one of the most well known, popular and earliest films from Studio Ghibli. Based on a 1986 novel of the same name, this anime movie focuses on a young girl who originally dreams of becoming a witch. This desire fundamentally changes when, instead, she starts a delivery business. 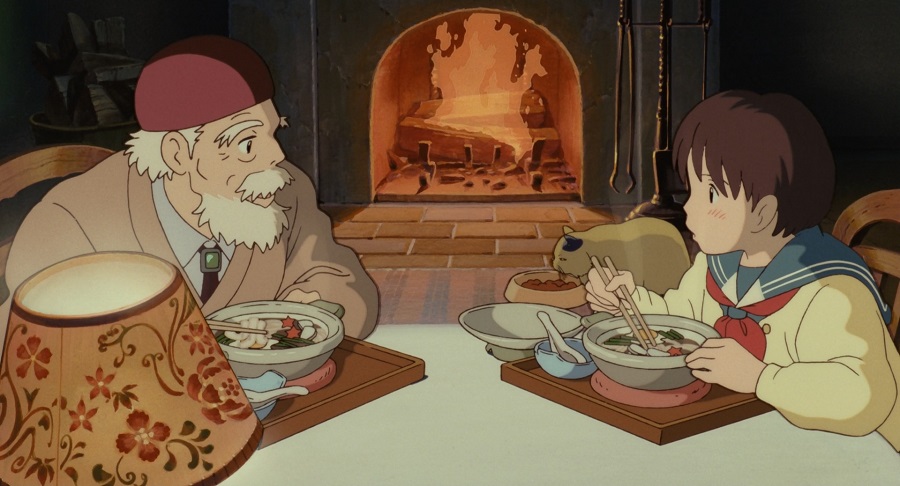 Mimi wo Sumaseba shares a lot of traits with Kiki’s Delivery Service. A young, female lead. A cat. Flying. But that’s about where the similarities end. Mimi wo Sumaseba takes viewers into a fantastic world created by the main character using her penchant for the literary craft. 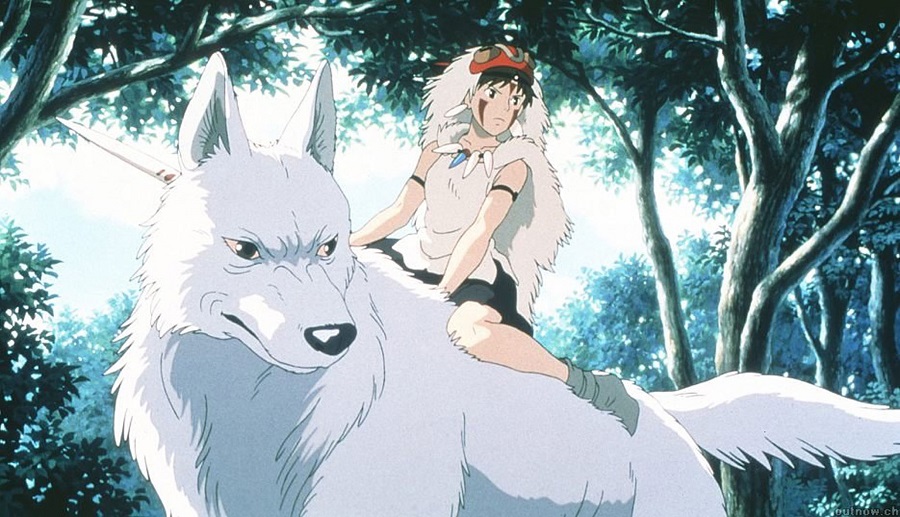 Perhaps one of the most unique anime movies created, Mononoke Hime continues Studio Ghibli’s famous pattern of films with strong female lead characters saving the day. This anime movie is set in the Muromachi Period of Japan, with a heavy emphasis on fantasy and legends. It is filled with a diverse cast of memorable characters, as well as supernatural creatures. 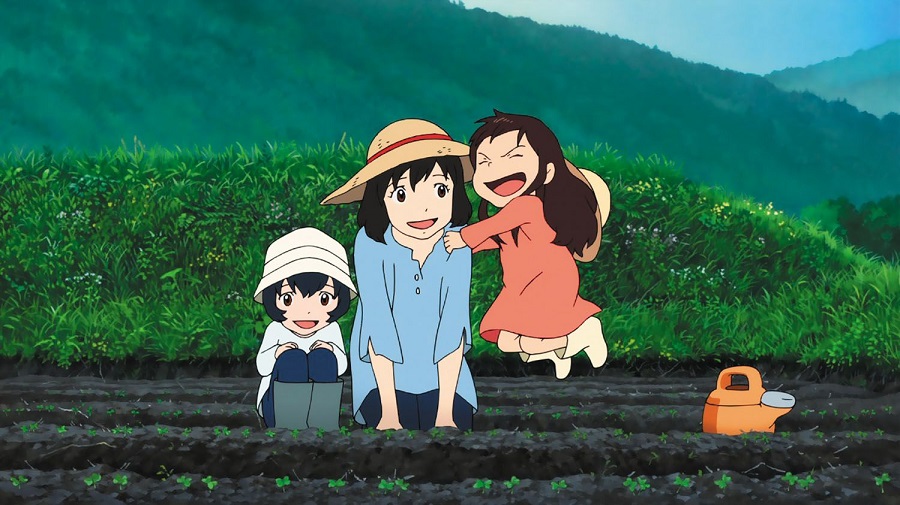 Slice-of-life anime movies are not typically the most popular. However, Ookami Kodomo no Ame to Yuki finds its way onto many lists of good anime movies because of the uniqueness of the tale, the fine writing and the wonderful animation style. The story focuses on a woman who must raise two half-wolf children, while trying to keep them a secret. 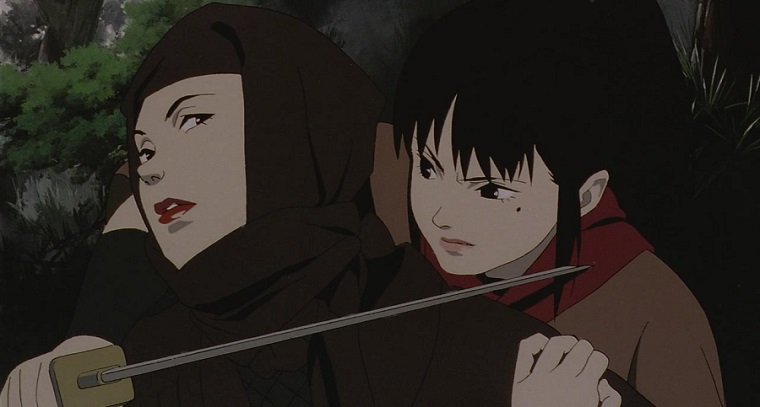 Sennen Joyuu finds its popularity in the fact that it has a little bit of everything. Action, adventure, romance, drama - all of these traits are hallmarks of this animated film about the unique life experiences of an elderly actress. Sennen Joyuu is a great anime movie with a lot of heart! 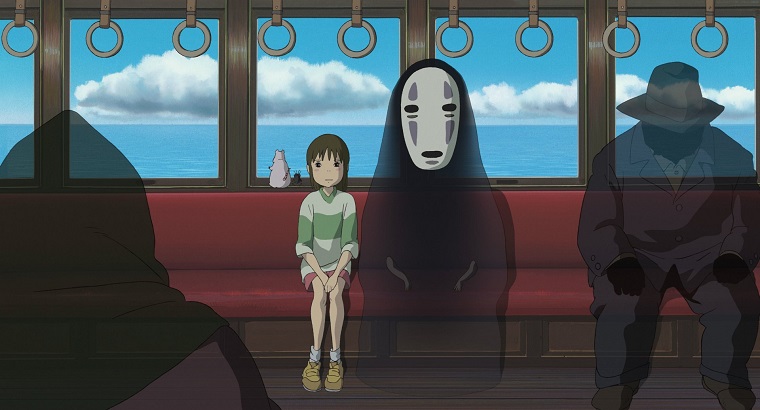 Sen to Chihiro no Kamikakushi is a typical Studio Ghibli film in almost every way imaginable. Helping the studio recover from the relative failure of their previous film (My Neighbors the Yamadas), Sen to Chihiro no Kamikakushi focuses on another young girl immersed in a world not her own. In this anime movie's case, the main character is truly lost (and not there of her own choosing), forced to work in a bathhouse until she can find her way home. 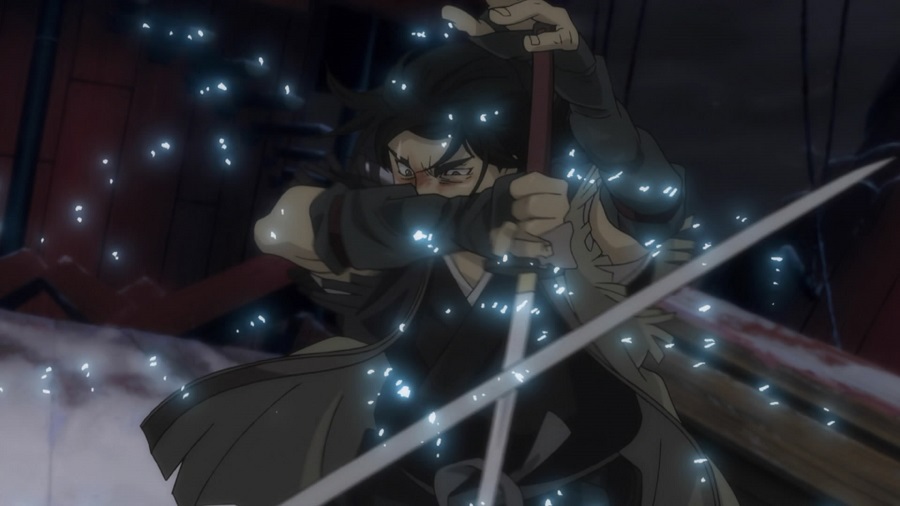 Not many historically-based anime movies are considered to be that great. Stranger: Mukou Hadan is one exception. Based in the Sengoku era, this anime movie follows the epic tale of a young boy who is being pursued by Chinese Ming Dynasty warriors. 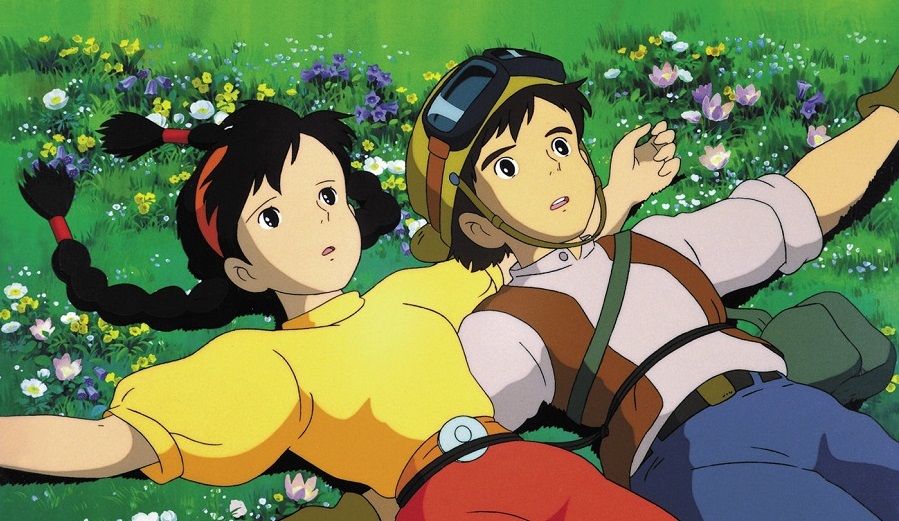 Studio Ghibli really does love its castles. In this case, it’s a castle in the sky. Tenkuu no Shiro Laputa mixes fantasy, science fiction and romance. The two main characters, Pazu and Sheeta, have one, shared goal: finding and exploring the flying castle, Laputa. Among good anime movies, this one is a classic. 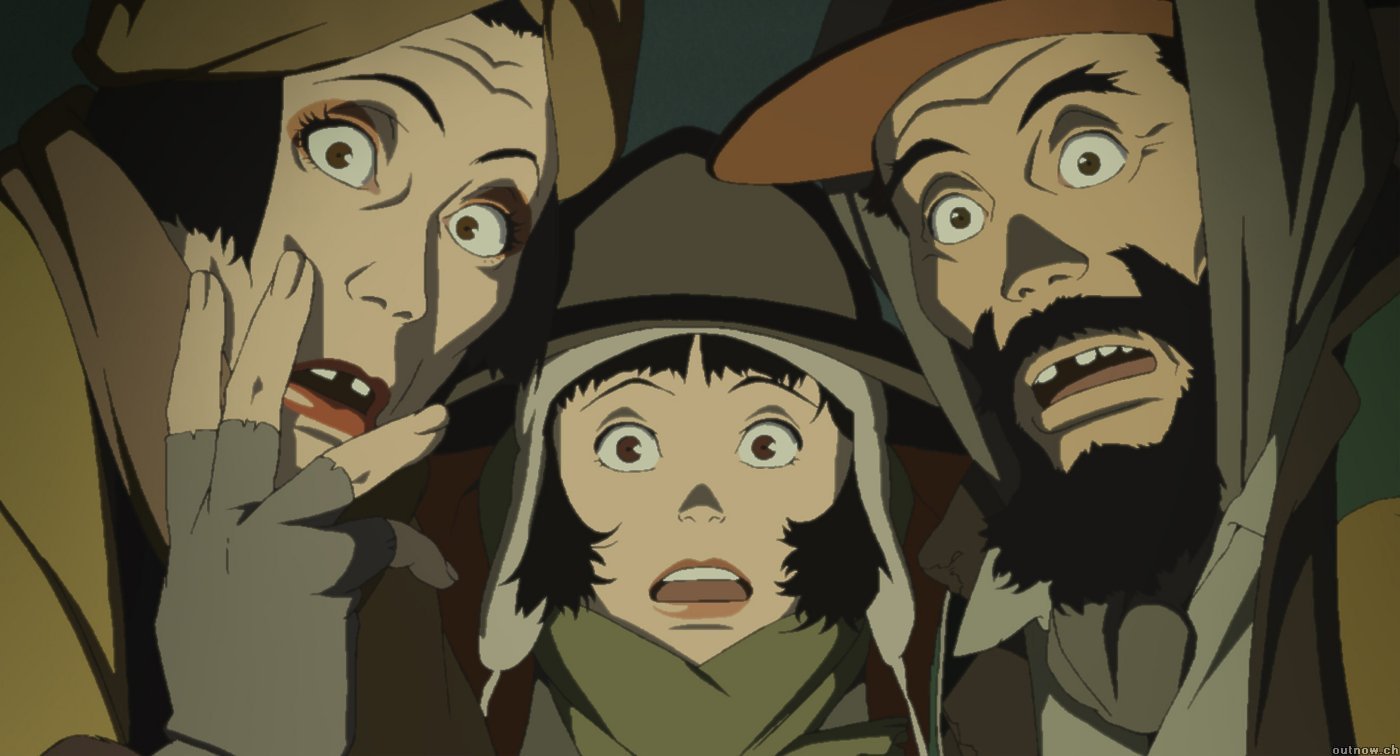 In 2003, Studio Madhouse gave birth to an excellent "dramedy" (drama/comedy) titled Tokyo Godfathers. This anime movie places the spotlight on an unlikely trio: a runaway girl, a transvestite and an alcoholic. Together, this unique group of characters must search for the parents of an abandoned baby. 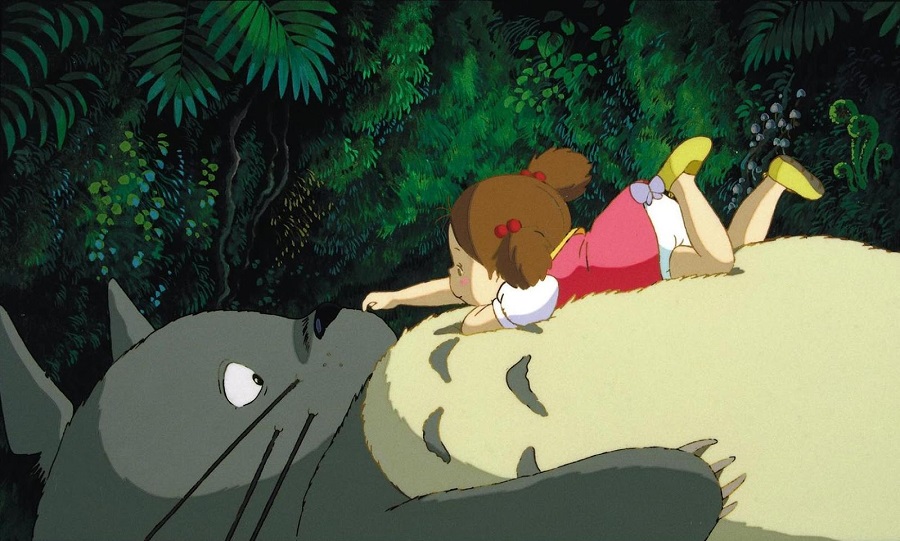 Tonari no Totoro is undeniably one of the most world-renowned and beloved anime movies of all time. Following stylistic themes, unique to Studio Ghibli, this anime movie uses a comedic edge to tell the story of a young girl and her forest spirit friend, Totoro. Since its production, the character Totoro has surpassed the walls of anime to become a cultural icon in Japan and overseas.