Good anime art can add new layers of depth and beauty to anime, or amplify the intensity of the drama/action. Of course without a decent story to go along with it, it can be a bit of a wasted effort. Thankfully, all the anime we've chosen feature great narratives too! 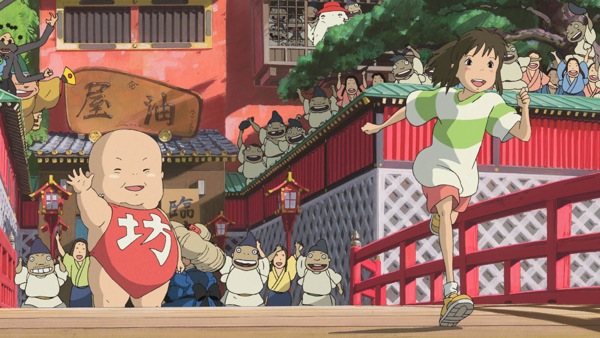 For many otaku, Sen to Chihiro no Kamikakushi is probably the first anime to come to mind when anyone mentions the phrase ‘beautiful anime’ or ‘anime art’. The attention to detail given to both the film’s vast landscapes and smallest items is nothing short of devastatingly beautiful. 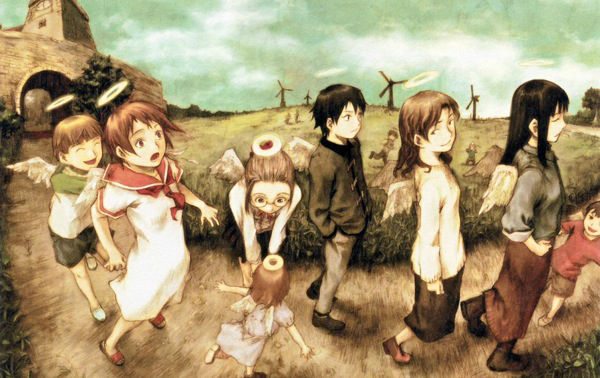 In Haibane Renmei, the city of Glie escapes time and place. Surrounded by an impossibly tall stone wall the residents do not venture beyond or question, the animation presents an idyllic city with a mystery always at its periphery. The setting plays into the greater questions about the Haibane, winged children and young adults who live alongside the city’s human residents.

Toki wo Kakeru Shoujo (The Girl Who Leapt Through Time) 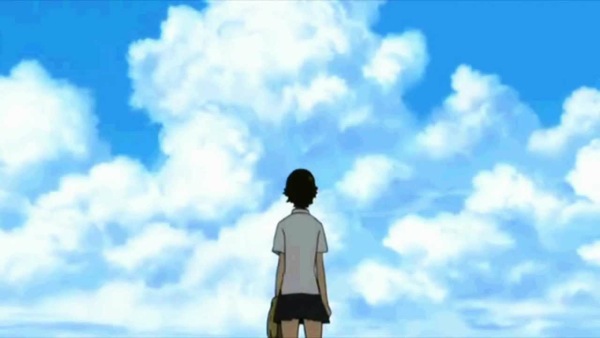 In Toki wo Kakeru Shoujo, nothing seems more peaceful than the tall summer clouds silently drifting over Tokyo. When Makoto Konno gains the ability to time travel, the benefits and pitfalls of this new power reveal themselves against these simple but beautiful backdrops. 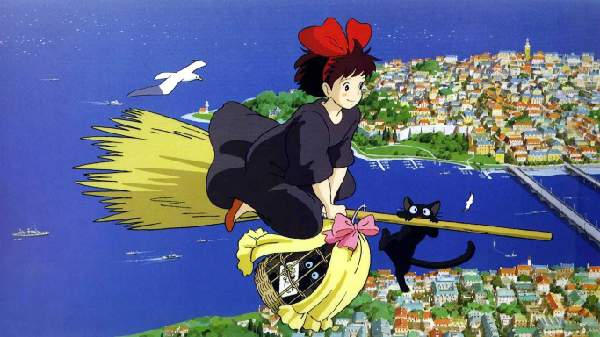 Besides offering a unique coming of age story, Majo no Takkyuubin presents one of the most beautiful cities portrayed in an anime. Koriko exists in an unnamed European country in the 1950s. Surrounded by ideal landscapes and an ocean reminiscent of both the Mediterranean and Baltic Seas, the reality in which it exists did not experience the destruction or technological advancement brought by the Second World War. 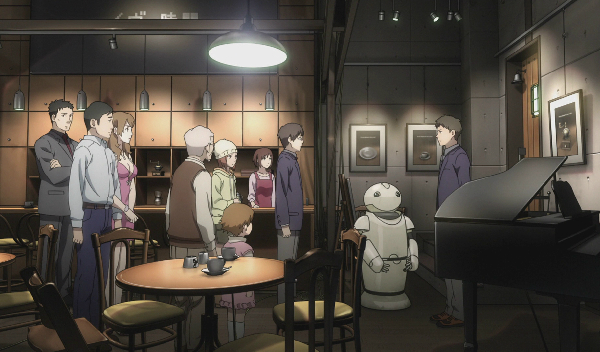 Sometimes the attention given to animating a single place determines whether or not an entire anime can be considered beautiful. In Eve no Jikan, humanoid androids serve their human masters. The cafe at the heart of the story, where androids and humans can associate without knowledge of the other patrons’ true nature, is perfectly rendered. This comfortable location is a place where the viewer feels just at home as the characters do.

Evangelion 2.0 You Can (Not) Advance 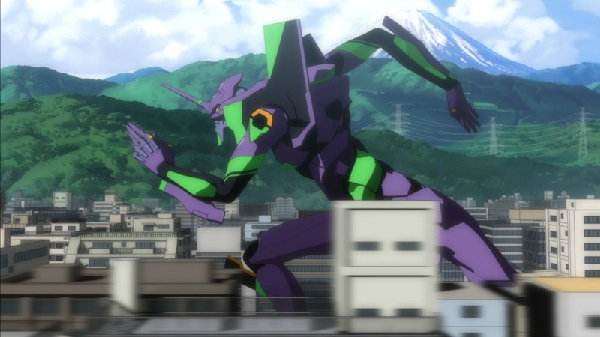 Though Neon Genesis Evangelion was a groundbreaking anime series, budget constraints limited director Hideki Anno’s ability to fully bring his vision to life. The second of a four part series retelling the story of Evangelion, Evangelion 2.0 You Can (Not) Advance did not have this limitation. Along with updating the core story, the art in the film’s fight scenes are nothing less than beautiful destruction. 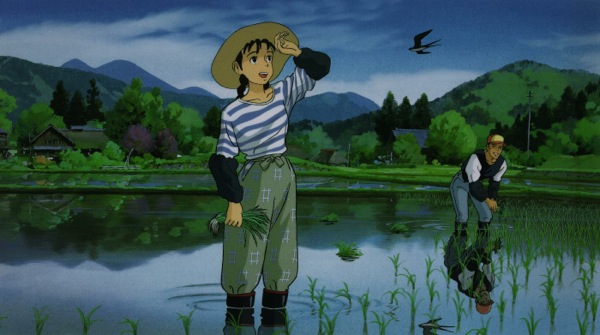 Never released in the United States, Omoide Poroporo tells the story of Taeko, a woman trying to connect with her rural roots after spending her adult life living in Tokyo. With splendid animation depicting the Japanese countryside of the 1960s and early 1980s, Omoideo Poroporo is a prime example of what anime art should be.

Ghost in the Shell 2: Innocence 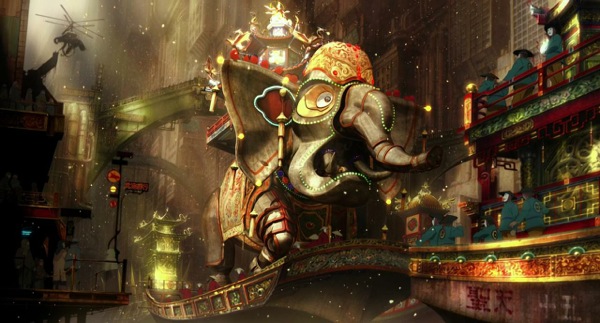 Director Mamoru Oshii took great care in utilizing computer graphics when he developed Ghost in the Shell 2: Innocence. CGI is interlaced with an animation style reminiscent of the first film. The most beautiful sequence, a parade depicted near the middle of the film, took over a year to animate. The results leave the viewer speechless even after multiple viewings and prove that CGI anime art can be done right. 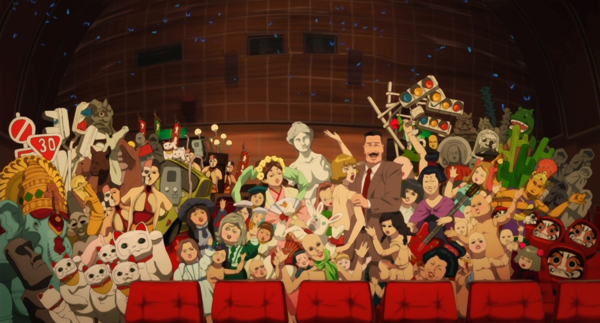 Dreams are wild experiences, and portraying them accurately is a challenge for any director. The strength of Paprika is that it effortlessly displays what can only be described as pure imagination. 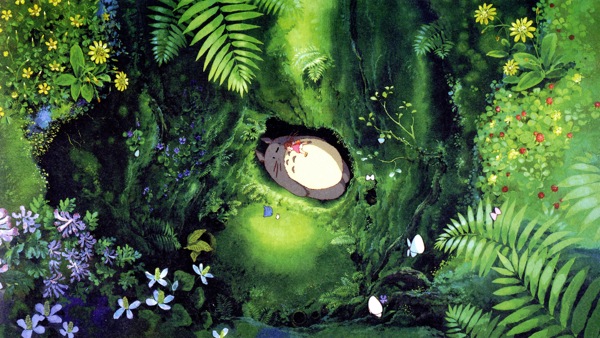 A fantastical tale set in the Japanese countryside of the 1950s, Tonari no Totoro enchants viewers with its detailed, peaceful scenes of rural life. Though the story of Totoro’s interaction with the Kusakabe sisters hooks younger viewers, nostalgic depictions of an earlier age does the same for adults. 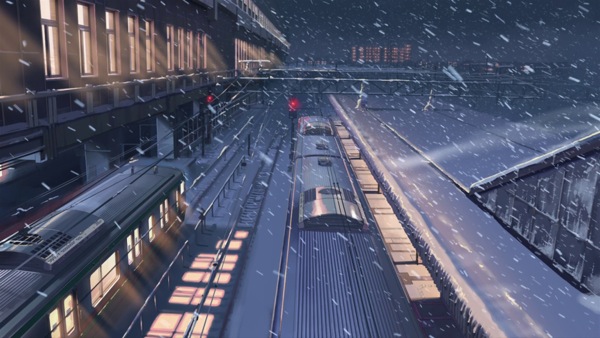 Similar to other anime directed by Makoto Shinkai, in Byousoku 5 Centimeter the scenery and weather are visual metaphors for the characters' emotional state. In this short film, warm spring days and falling cherry blossoms highlight love between two young friends. Cold, snowy winters accent the uncertainties and regrets of adult life. The anime art of Byousoku 5 Centimeter provides an extra layer of meaning that the art of a live action film could not. 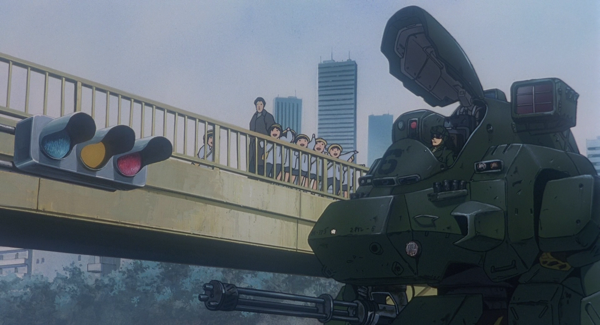 Released at a time when Japan was debating sending its military overseas for the first time since the end of the Second World War, Mobile Police Patlabor 2: The Movie‘s most peaceful scenes are its loudest critique of a society that has forgotten the consequences of war and effects of terrorism.

Tekkon Kinkreet is nothing less than a feast for the eyes. As two brothers try to stay alive after getting on the wrong side of the local Yakuza. The fast moving action scenes bring the viewer into an incredibly detailed cityscape. 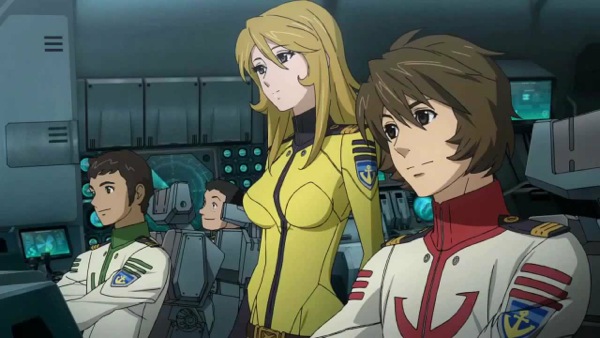 Another great example of how advances in anime art can bring new life to a classic series, Uchuu Senkan Yamato 2199 successfully reboots the conflict between Earth and the planet Gamilas. Pure eye candy for any fan of the 1974 series, the narrative remains true to the original. 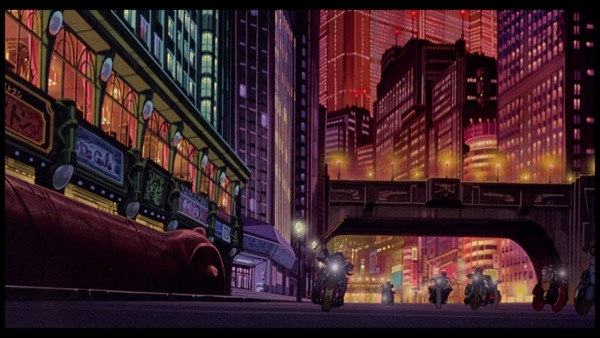 The first major anime film to have a wide release in the United States, Akira not only tells a compelling story, but gives viewers a chilling vision of a future Tokyo. 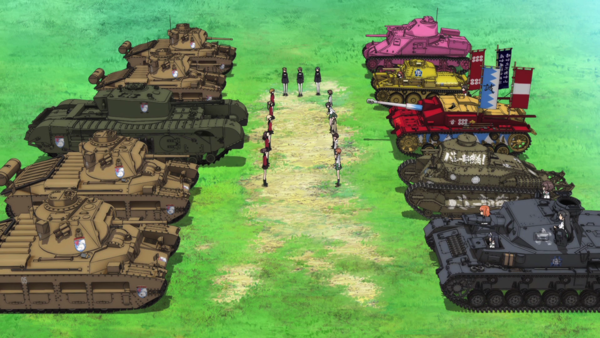 When traditional extracurricular activities aren’t exciting enough, the high school students in Girls und Panzer battle each other in Second World War era tanks. Though the character art would not be out of place in any mainstream anime, the animators used an obsessive amount of detail to make the tanks and tank battles as realistic as possible. 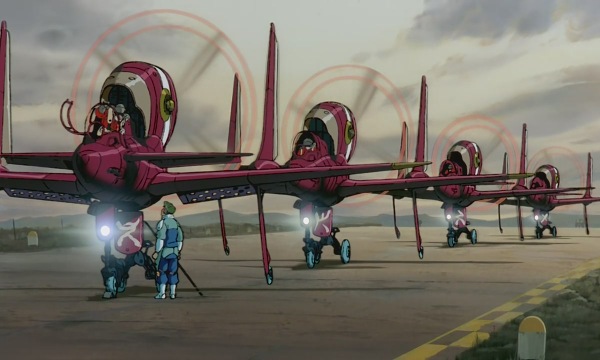 The first film produced by Gainax, Ouritsu Uchuugun: Honneamise no Tsubasa is a labor of love in both storytelling and animation. Set on a fictional Earth, a nation’s nascent space program hopes to put a man in orbit, while the government plans war against its neighbor. The portrayal of a rocket launch amid an aerial dogfight is the film’s most striking scene, more admirable due to the fact that the film was animated entirely by hand. 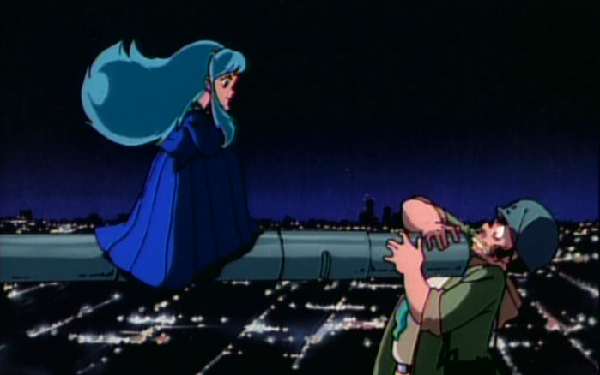 The original series being a light-hearted romantic comedy, Urusei Yatsura Movie 2: Beautiful Dreamer takes the series’ characters on a wild ride through the realm of dreams and the unconscious. As the anime art becomes more and more surreal, the viewer is pulled deeper and deeper into the film’s plot. 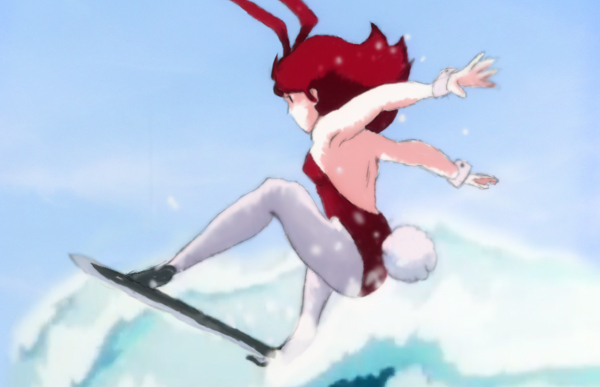 The Daicon Opening Animations, shown at the beginnings of the 1981 and 1983 Japanese Science Fiction Conventions, were the brainchildren of college friends Hideki Anno, Takami Akai, and Hiroyuki Yamaga. The films' anime art was produced on the most shoestring of budgets and yet, the end result is nothing short of brilliant - it was the bright soul and passion of three talented young men (who would later go on to found Gainax). 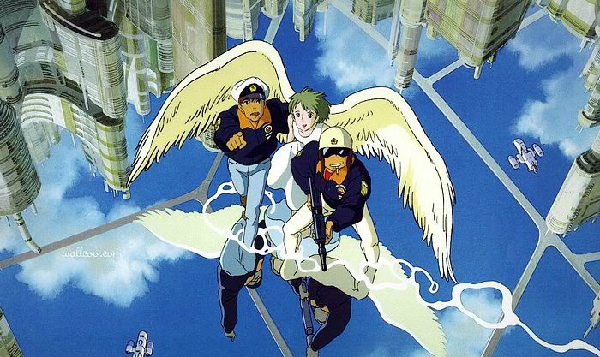 The shortest anime directed by Hayao Miyazaki, On Your Mark is a music video which tells the story of two police officers who rescue a winged girl from a fanatical cult. The beauty in this short film is that it tells a complete story without the use of any dialogue.

The 10 Most Gorgeous Anime Snow Scenes

Winter snow is cold, calm, and sad... but it’s also breathtakingly beautiful! The most stunning anime snow scenes can chill you to the bone and warm your heart, all at the same time. Let's take a closer look at these animated winter wonderlands!

Tons of good anime movies have been made over the years. But why settle for good? We present to you a list of not 5, not 10, but 20 of some of the best anime movies in existence! Dig in and find some new and interesting Japanese animated movies to watch this year!