Did you know that in her spare time, Angelina Sensei likes to wear an orange jumpsuit, tie a headband around her with a metal plate on the forehead, and hurl kunai throwing knives around? This episode of Classroom‚òÜCrisis reveals that and more. Believe it! 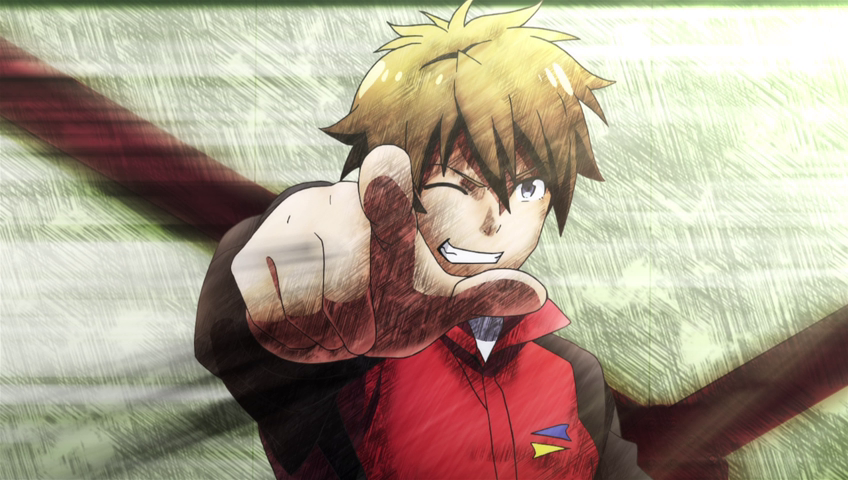 We are now more than halfway through the allotted number of episodes Classroom Crisis is scheduled to run for. With not much time left, the show will need to start tackling some of its major plot points, or at the very least establish what major plot points it will focus on. Not many of them were tackled in this episode. Mostly it was just Angelina Sensei tackling bottles of wine and plane hijackers. But we did get a few little hints as to what we shall be focusing on. The fate of A-Tec remains the big one. My current prediction is that their future will hinge on the success of this new engine they're building. More specifically, how it will excel in the field. They're going to have to raise that money to buy that final piece somehow, and it will have to be through some kind of final race. The show has dropped hints to that conclusion a few times now. The pilot girl has been a major focus of the show so far, with still plenty of mysteries surrounding her past. They will take part in Redline for the show's thrilling finale with her leading the team to glory. I can see it all now! 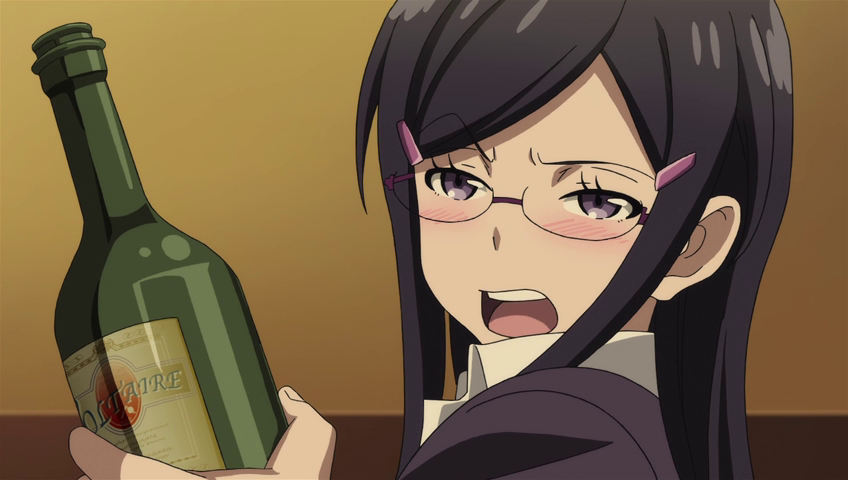 But back to the episode in question and things that actually happened, Angelina continues to be an awful role model. She's vindictive and mean, attempting to dredge up a child's past to make them feel sad. She gets blindingly drunk when she's supposed to be taking care of minors. Her drinking problem creates issues for those around her, such as missing her flights and having to board a private jet. Let's not forget from earlier in the series that she repeatedly tries to have sex with a boy several years younger than her, and it's implied she's been trying to bed him for quite a while now, so she's something of a cradle robber. On the other hand, she is a ninja. Yeah, that happened. I'm not sure how one gets a kunai throwing knife through airport security, but I suppose that's why she's the ninja and I'm just some dude sitting at his keyboard making morality judgements about cartoon characters. 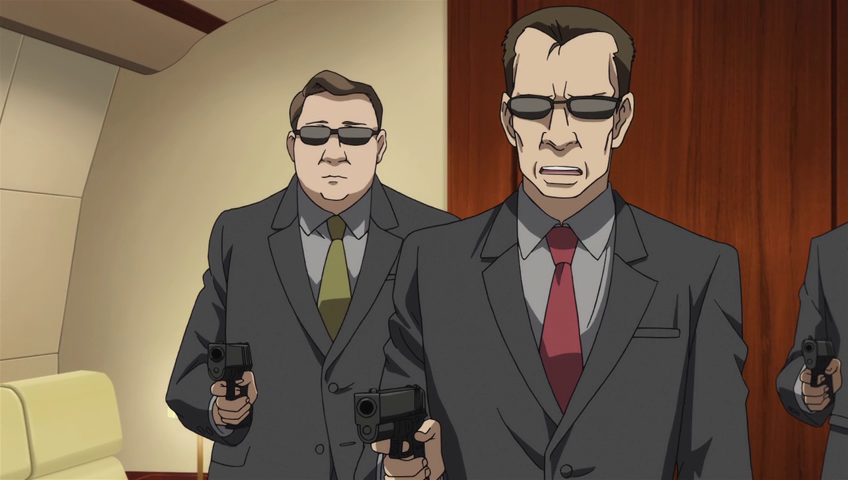 They should have known the mysterious men in black suits were going to do something fishy. They were suspicious right from the off since they were wearing sunglasses indoors. However I was willing to overlook that as I'm not sure what the fashion code says about wearing sunglasses when you are in space. Perhaps with the sun glaring through various windows at all times, wearing sunglasses on space stations is the ideal way to go. What should really have tipped them off though is how the terrorists had big, prominent noses. If you've been watching anime for any amount of time, you may have noticed that noses in anime from this decade have been shrinking. Heroines have nothing more than a tiny line to indicate the presence of a nose, and sometimes nothing more than a dot. Meanwhile these one-episode villains have these detailed nose features with curves and bumps and imperfections. If I was a social scientist I would suggest that this is because larger noses in Japan are a feature of westerners and therefore treated with more suspicion. However, as has been alluded to earlier, I am merely some dude sitting as his keyboard making critical statements about nose sizes so I won't say something like that. 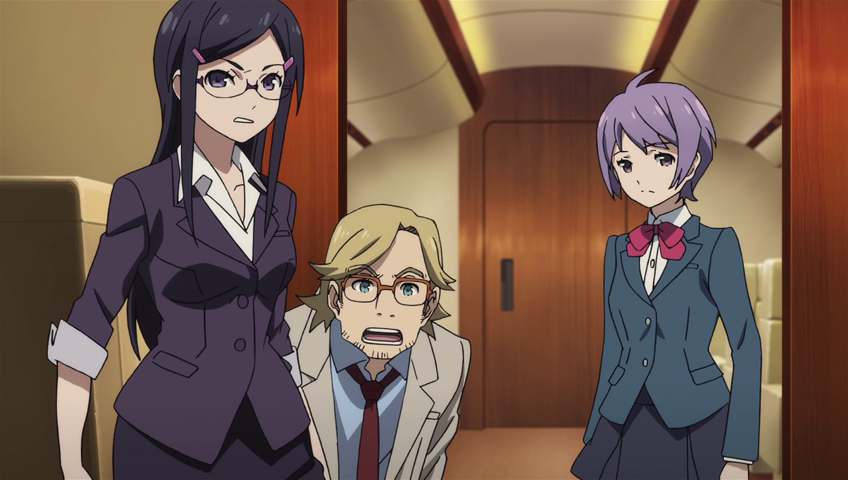 The day was saved in the end though. Those nasty big nose guys would have got away with it too if it wasn't for those meddling kids and their drunk, Naruto-watching teacher. The real meat of the ending scenes though was in the identity of the mysterious space vehicle that saved them; a ship not flying the colours of any particular nation which could hide the answer to the mystery behind where the funds from Kirishina Corporation are disappearing to. It could also just be some space outlaws on the hunt for bounties were attempting to track down this group of big nosed terrorists and flew in at exactly the right time to save the day. Basically what I'm saying is this episode took place in the Cowboy Bebop universe.