Ochiai-san steps up to the plate in a big way, and that means big trouble in this week's episode of Diamond no Ace. 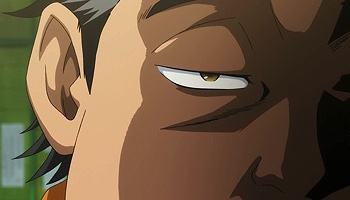 Ochiai is certainly a remarkable character, in at least one sense. 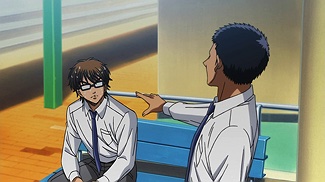 First the headline: Eijun's shoujo manga fan circle is pushing him to read Chihayafuru. Nothing wrong with a little Madhouse self-promotion (the title in question is indeterminate in the manga) - but "kind of slow until Volume 10?" Please, guys - you're selling your own show short, here. I mean, those first ten volumes cover the entire middle school arc and the formation of the Karuta Club! Slow - seriously!? 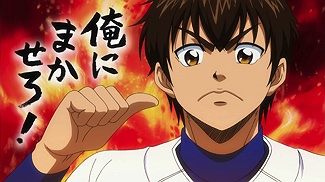 Well - that aside, there's still the little matter of the actual plot to consider. And while this is very much a setup episode, there's a good deal of interesting stuff going on. The next opponent for Seidou is Ouya Metropolitan High School, notable for being a public school that's actually a national power. We saw their scouts during the Ugumori match, and what's notable here is that their forkballer ace Wakabayashi Gou (Masuda Toshiki) is apparently doing his own scouting. 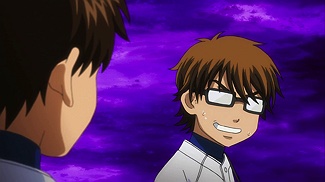 Of course Seidou has an ace scout of his own, and Nabe has done his usual thorough job of checking out the opposition (most interesting about them is that they may be stealing signs). There's a good deal of ink spilled here on Nabe and his two pals, who've more or less decided to give up on playing and become managers. I've never really felt this subplot, which feels quite vestigial to me, and this ep is really no different in that respect - I just don't understand why these three characters really matter and that makes their scenes something of a slog. 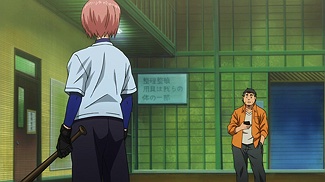 The other big news for Seidou is that Furuya has a tear of the lateral collateral ligament in his ankle. Apparently this requires "one to two weeks" of rest - which makes Japanese teens the fastest-healing in the world by a mile - but that still leaves the status of the next game uncertain, even with a two-week layoff. What's notable here is that Nori seems finally to be taking exception to the fact that his role on the team has been totally usurped by two first-years - though that's a long, long way from being a reason to actually trust him when it matters. As for Eijun, he's predictably gung-ho about his self-perceived role as the savior of the team in Furuya's absence. 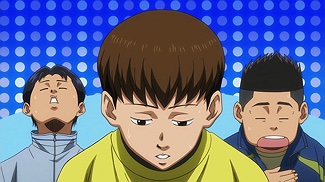 Most of the big noise in the episode, though, is made by Ochiai. All I know is if I were Japanese baseball hall-of-famer Ochiai Hiromitsu, I'd be suing somebody for libel, because this series is literally giving him a bad name. Ochiai's just become a laughable ogre at this point, but it takes a truly remarkable character to make Kataoka look good I suppose. Even the 1-2 week prognosis is too cautious for Ochiai - he effectively tells Furuya to spit on it and get back on the mound. He also lays into Haruichi for no good reason (kid's been raking pretty much every at-bat), telling him unless he switches to a metal bat he'll never play for Ochiai. 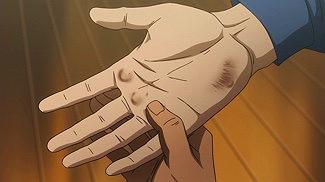 The thing about Ochiai is that sometimes he does say stuff that makes sense on some level - if one is allowed to use aluminium, using wood is not a good choice, Kataoka probably does have too many team members, and young pitchers really do improve by being allowed to pitch through trouble. But he says them so poorly that he comes off looking like the plot device he is. He's really trying to assert himself now, clearly chafing at always being relegated to Kataoka's shadow when he's supposedly the heir-apparent as coach. But his strongarm tactics are obviously self-defeating (why destroy Haruichi's confidence like that?) and honestly, he's one of the weakest elements in Diamond no Ace and I'll be happy when this charade is over and everyone acknowledges Kataoka isn't going anywhere.