Kiki is a 13-year-old witch heading out on her own to train for a year. Since she’s a witch, it’s not surprising that she’s accompanied by a black cat. But Jiji is no ordinary cat; he’s able to communicate with and understand Kiki. Read on to learn more about this mysterious kitty! 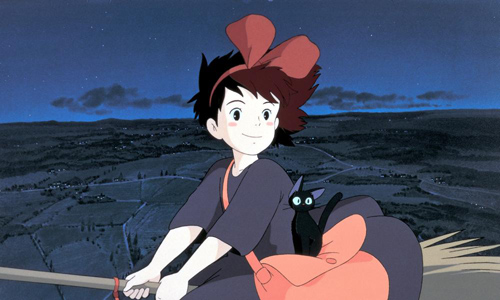 Since Kiki is only 13 years old and heading out into the world on her own, Jiji seems to fill in for the role of a guardian before they arrive in Koriko and are taken in by a baker named Osono. But even after they first move in with Osono and her husband, Jiji is still the main one guiding Kiki when she first opens her delivery service business. Between these two characters, Jiji is the voice of caution and reason. And although he may be a little over-the-top at times, he always has Kiki’s best interests at heart. 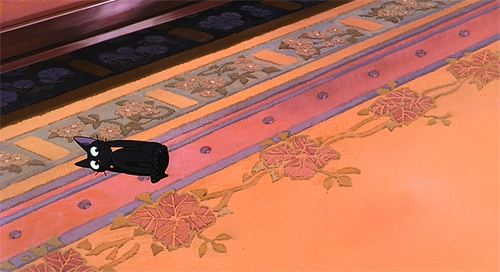 Jiji also helps Kiki out when she needs it. After she opens her delivery service, Kiki loses a black cat toy that she’s supposed to deliver. Jiji comes through to pose as the toy until Kiki can find the real one and get it to its rightful place. Admittedly, Jiji offers this help grudgingly, but he still does it in order to help Kiki out. 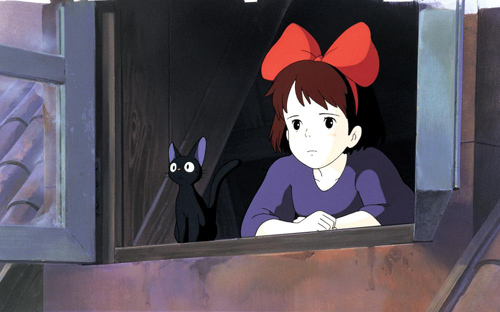 Later in the film, Kiki starts to become insecure about what she’s doing, and she discovers that her powers are diminishing. One of the side effects of her dwindling power is that she can no longer understand what Jiji is saying. Unfortunately, this means that during a time that Kiki really needs Jiji’s guidance most, he is unable to help her. Even though Kiki later regains her powers, it appears that she is still unable to communicate with Jiji. This seems to represent that at the end of the film, Kiki has matured beyond the point of needing to speak with her cat for guidance. 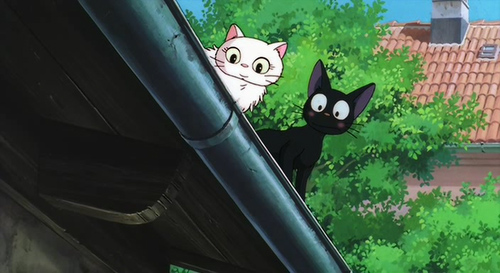 After Kiki and Jiji move in with Osono, Jiji discovers a pretty white cat named Lilly. At first, she rebuffs his advances, and it seems like nothing will ever happen between them. But after Kiki loses her ability to communicate with Jiji, he is able to spend time with Lilly and win her over. But at the end of the film, we see that even though Jiji and Lilly are together, he still stays by Kiki’s side.

As you can see, Jiji plays an important role in Kiki’s Delivery Service, serving as a guardian and friend to Kiki. Even though his role may not be exactly the same by the end of the film, Jiji remains a loyal friend to Kiki.