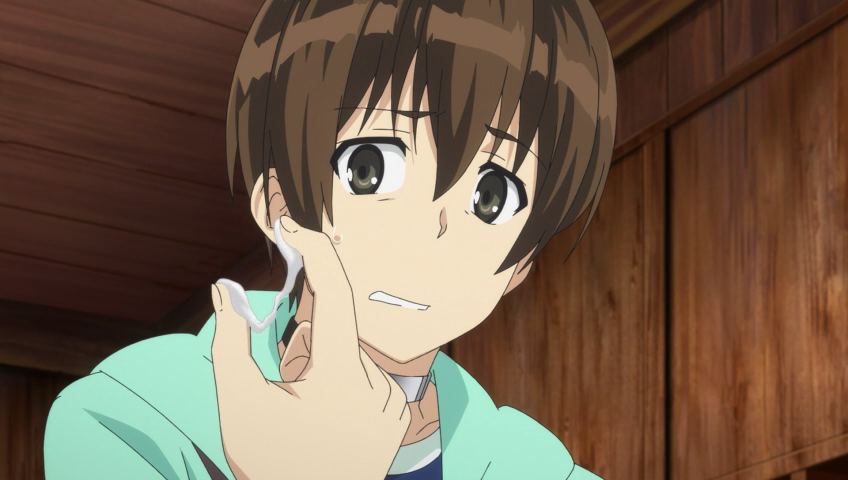 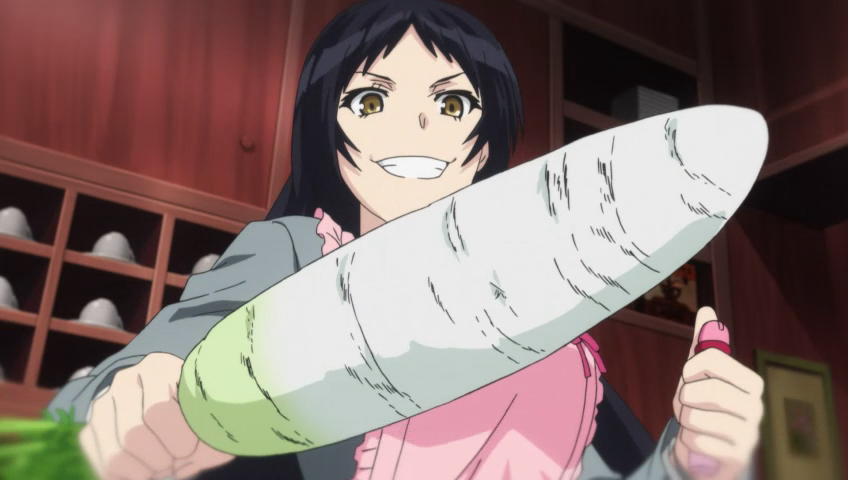 While the episode had some marvelous lines, such as Kajo holding aloft a vibrating radish while shouting "Go Sexcalibur!" before it promptly explodes, it wasn't the most eventful episode when it came to forward momentum. No real plot developments or character progression or even back story revelations. It was a dumb little side story where our characters get a bright idea for a new challenge, it results in some mishaps, and finish the episode promising to never do something like that ever again. About the only lasting consequence I can think of from this episode is the cute, shy, sexually curious girl who always hovers around in the background and says nothing but making little squeaks of embarrassment, got her hands on one of the failed experimental vibrators. 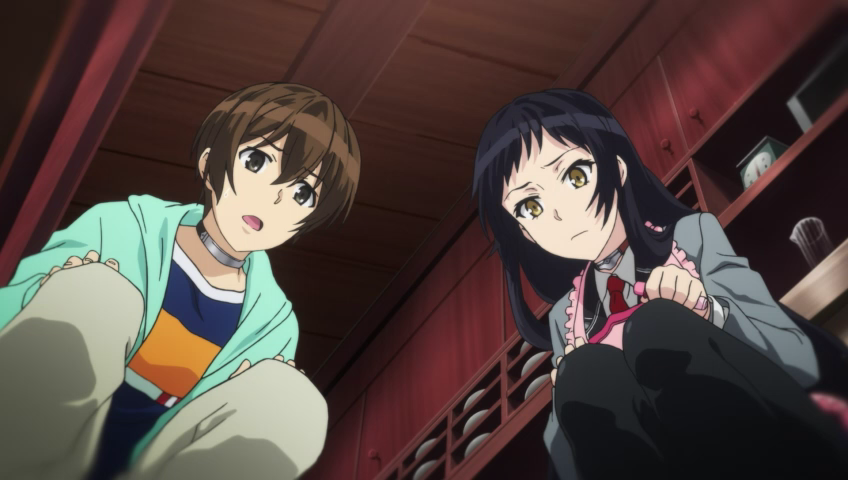 The episode felt like, if I dare say it, a filler episode. It was almost as though the creator didn't really know where to go after the last arc's dramatic ending so just fell back into a safe zone with easy comedic material. I was starting to get worried that Shimoneta would be the latest casualty in the "only planned for one volume" syndrome that hits many promising light novels. This is where the author comes up with a bright idea for a light novel story with overarching themes and a narrative that concludes at the end of the first volume. The plot doesn't end there because no author will want to prevent the possibility of serialisation, but in many ways the emotional character arc does. Subsequent volumes fail to recapture that magic and resort to lazy fan pandering and cheap ways of raising the stakes.

Until, that is, I heard from a reliable source (in other words, someone messaged me on Twitter) that this episode was anime original material. Phew! Looks like we'll return to your regularly scheduled plot next week. We can hold off any fears that Shimoneta will suffer from "only planned for one volume" syndrome for now. In that light I feel considerably more receptive towards this episode. It was basically the anime staff wanting to teach us some valuable life lessons. One being that there are men out there that supposedly like having a vibrator being held against their crotch. The second is how to make your own home made onahole. If the staff for Shimoneta decided to make this episode purely so they could show a live action cooking scene of them making their own onahole out of potato starch then that is a goal I can fully get behind. 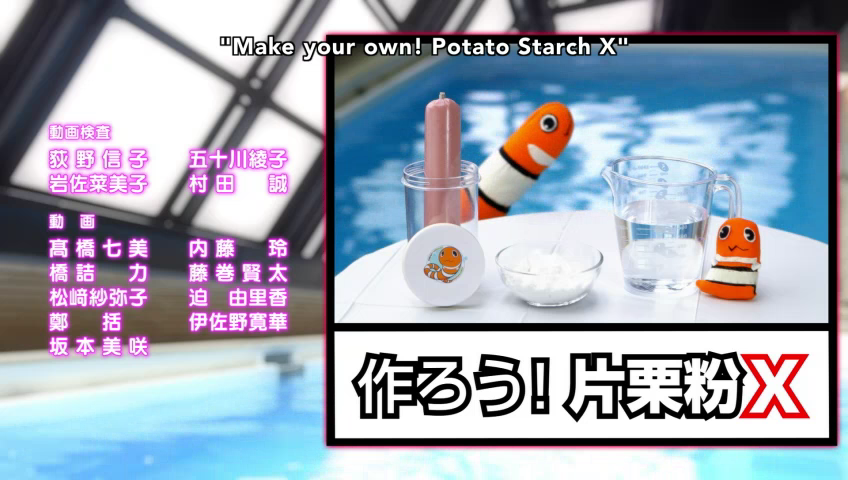 Since we're on the subject of teaching people though, let me tell you about that swimming pool. The one the chef was standing by in this week's ending song. The one that is blown up in the opening credits each week. I learned this week that the pool in question is quite an infamous one. If you're like me and don't watch enough Japanese porn to recognise it, the pool is regularly featured in Japanese lewd photo shoots and more explicit videos due to its location next to lots of talent agencies and the privacy it affords. The pool was used to often that soon the Japanese porn-watching public started to recognise it and it became something of an in-joke. This means that JC Staff specifically rented out that exact pool just to make their dumb ending song baking joke. Bravo JC Staff. That is a dedication to comedy I truly admire.