Kantai Collection: the Game That Begat the Anime

The Kantai Collection, often shortened to KanColle, is a highly popular and exciting game filled with moe girls who are based on World War II naval ships. Lets take a look at why this game is so popular! 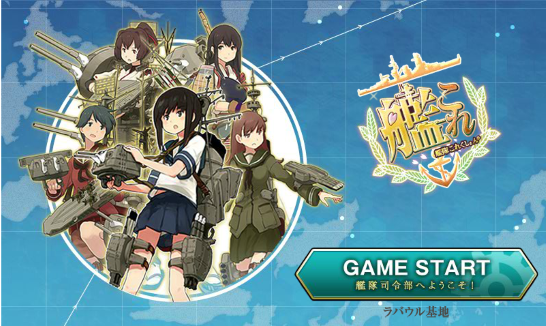 What is Kantai Collection?

Launched on April 23, 2013 and developed by Kadokawa Games, Kantai Collection (often shortened to simply KanColle or KanKore) is a Japanese free-to-play web browser game. The player takes on the role of the admiral, creating their own fleet from over a thousand moe girls which are based on navy vessels from the WWII era. The player then has to fight against enemy fleets. 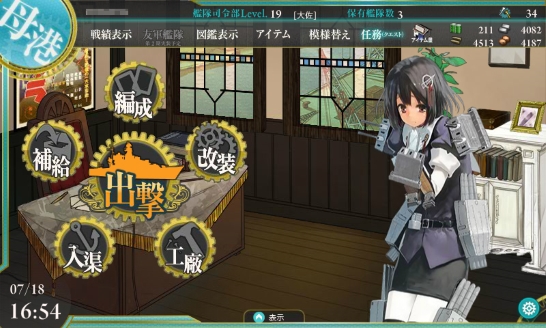 Since its launch, the game has had over three million players worldwide, despite how it is only technically available in Japan. (Many people from outside of Japan have found ways to play!) As for merchandise, a large range has been created over the years including manga, light novels, real life trading cards, figurines, and more! 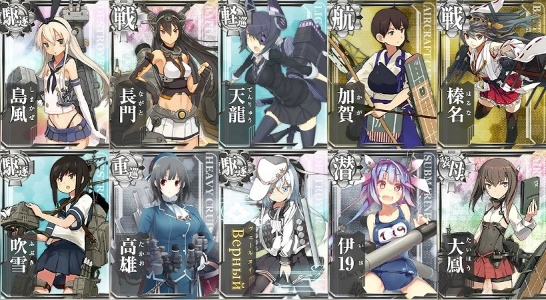 What girls/ships can the player choose from?

When starting the Kantai Collection game, after the player has selected their name (which cannot be changed later) they will be able to select their initial girl/ship from 5 starter ships which are shown below.
(Going from left to right: Fubuki, Murakumo, Sazanami, Inazuma and Samidare) 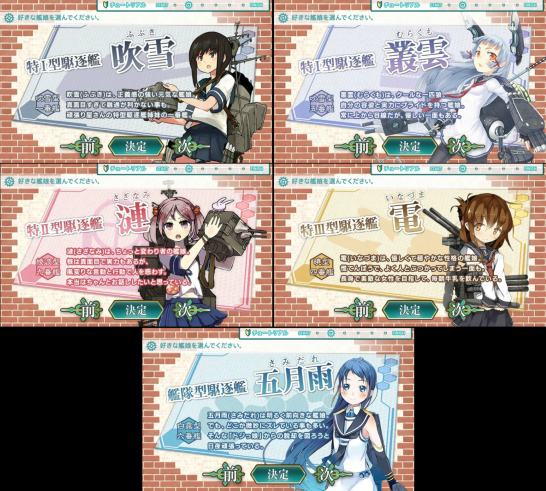 There is a large range of girls/ships in the Kantai Collection game, with the current total being over a thousand that belong to different Classes and can be upgraded to become more powerful (sometimes with the upgrade changing their classes!) Players are able to construct new ships and obtain more from drops, with the possibility of obtaining multiple copies of girls/ships. Below are some examples of girls/ships and which class they belong to. 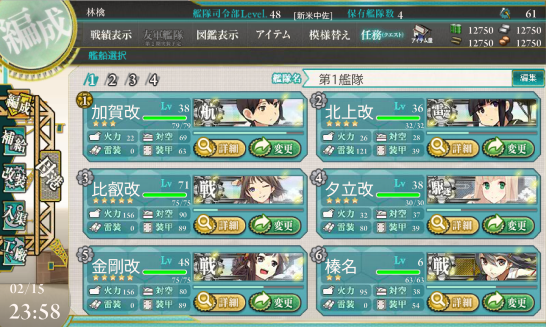 Since the game is meant to be only available within Japan, the entire game is in Japanese and can take a little to get used to for anyone who doesn't speak/read this language. But have no fear! There are countless English (and possibly other language) guides and tutorials provided online for players. As there is too much to explain in this article, here is a short YouTube video showing the gameplay of Kantai Collection!

Yes, there is an anime adaption. Kantai Collection: KanColle aired Jan 8, 2015 until Mar 26, 2015 and has a total of 12 episodes. This animated adaption revolves around Fubuki and her desire to become stronger. Various other girls from within the game have also been brought to life within this anime. Like any adaptions created, there are many people who still prefer the original game over this anime, but there are also many of those who like or even love this adaption. 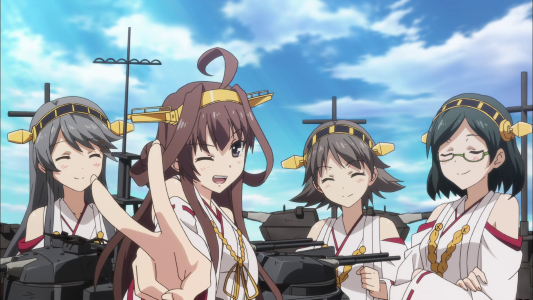 Fun fact: If you try searching up the names of the real life ships these girls have been based on, the Kantai Collection girls/ships tend to always appear as the first search result.

Are you interested in playing a game where you can control powerful moe girls and destroy your enemies with them? Then Kantai Collection may be the game you're looking for!
If you're interested in learning more about the Kantai Collection, then here's a link to their Official Wiki page where you can spend hours learning about these moe girls and their powers!