In the anime movie Bayonetta: Bloody Fate, the main protagonist, Bayonetta, finds herself opposing the forces of Heaven and eagerly hunting down angels that come after her. She uses a number of weapons, with guns being her main means when slaughtering them wholesale. 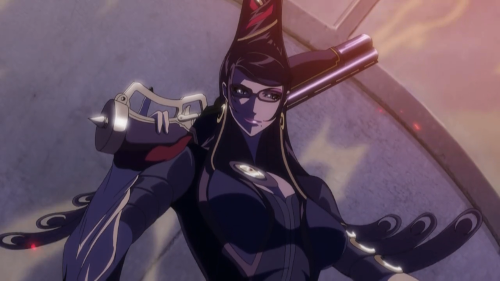 By far though, her favorite guns are a set of four collectively called the Elfin Knight and later on the Scarborough Fair. These gun sets play a pivotal role in the story, but why do they stand out in comparison to the other weapons that she uses to dispatch angels? Why are they so special? To understand, we need to consider the following aspects:

1. Timing
2. Significance of the Names
3. Who Makes Them
4. Expectations 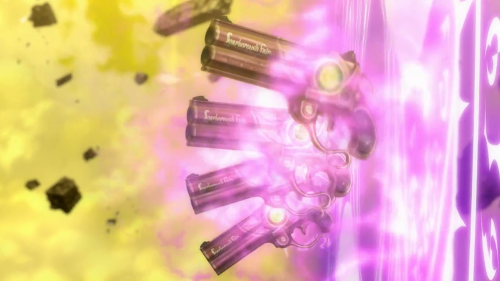 Bayonetta first obtains the Elfin Knight early into the film, with it being mentioned that she had been waiting for the mysterious smith Rodin to finish creating it for some time. When the gun set is later ruined in the first battle against Jeanne, a rival witch, Bayonetta returns it to Rodin to be repaired and improved. Near the climax of the film, Rodin returns with the improved gun set, renamed the Scarborough Fair, and Bayonetta keeps it for the remainder of the film.

As you can tell, the events listed above are three of the most pivotal points in the film. Bayonetta gaining, losing, and then regaining the guns signals that the story is moving into the next act. By centering all this focus on the weapons in question, it stresses that they have a significant importance to the plot and characters.

Significance of the Names 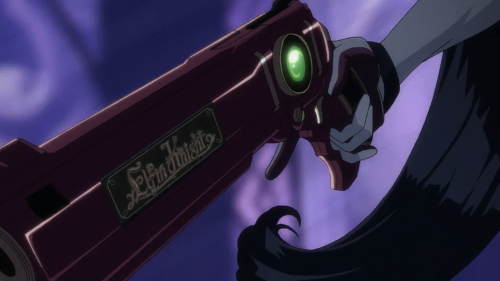 Interestingly enough, both the Elfin Knight and the Scarborough Fair are old ballads in history. The former is thought to be a precursor to the latter, revised at a later date for a new audience. In that sense, Elfin Knight failing Bayonetta and Rodin breathing new life into it may have been the creators mimicking how the old ballad was eventually refined and turned into something newer that remains to this day. 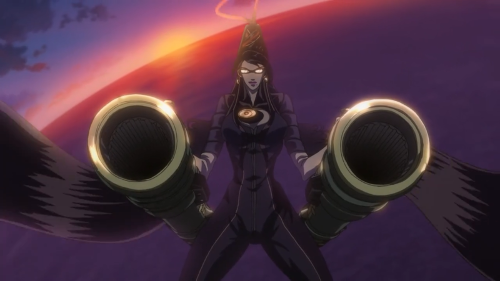 One important thing to note is that Rodin is the one who creates the gun set, not the person actually using it. That is noteworthy when Bayonetta has seemingly used her magic to create other weapons to use against the angels, including a katana, a chainsaw sword, a shotgun, and even a pair of rocket launchers. So why must she rely on him to make her primary weapon? 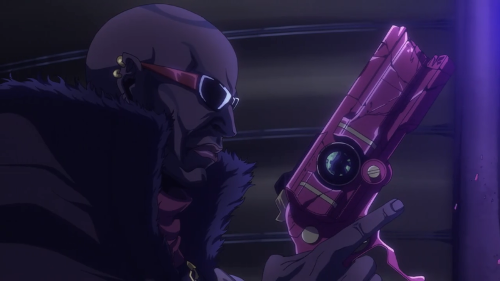 In a nutshell, it's an indication of Rodin's talent as a demon-smith. Since the primary style of fighting for the Umbra Witches relies on the four guns, it’s safe to say that she must trust his craftsmanship more than her own to the point of risking her life on it. This is made more evident when Jeanne easily destroys the sword that Bayonetta made and only considers them to be on even-footing once Rodin hands over the Scarborough Fair. He's the only one capable of creating a weapon that can keep up with her power, allowing her to match her rival. 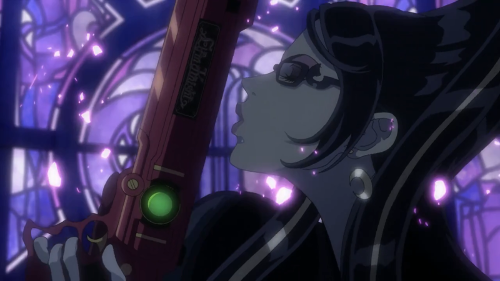 Bayonetta and Rodin treat the gun sets that make up the Elfin Knight, and later the Scarborough Fair, as a single entity and refer to it as if it is a sentient being. They call it a "knight" and a "he" rather than something more befitting of an object. None of the other weapons are named in the film, which implies that the gun sets hold much more importance than any other weapon in her arsenal. 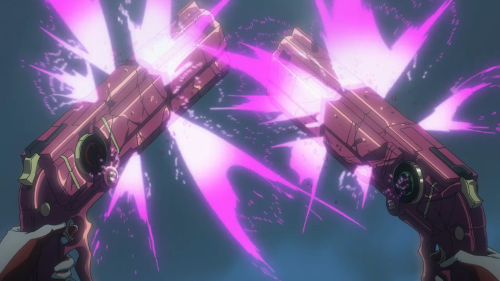 When Jeanne breaks the Elfin Knight and she returns to Rodin, Bayonetta claims that she is disappointed in their performance and she looks forward to meeting a knight that can keep up with her. Notably, none of the other weapons she uses while waiting for it to be repaired are treated as affectionately or referenced as being anything other than tools. As a knight traditionally serves as a reliable protector to someone, it is implied that she has high expectations for it and that's why she treats it like a partner rather than a tool. What would a lady be without her knight in shining armor?