Prepare to be blown away by these powerful anime guns!

Guns are pretty simple in concept. Point the barrel, pull the trigger, and fire a bullet. If your target lacks superhuman durability or adequate protection, they probably won’t be able to shrug it off. But what happens when you have to deal with something that makes conventional firearms no different than a peashooter? You upgrade. 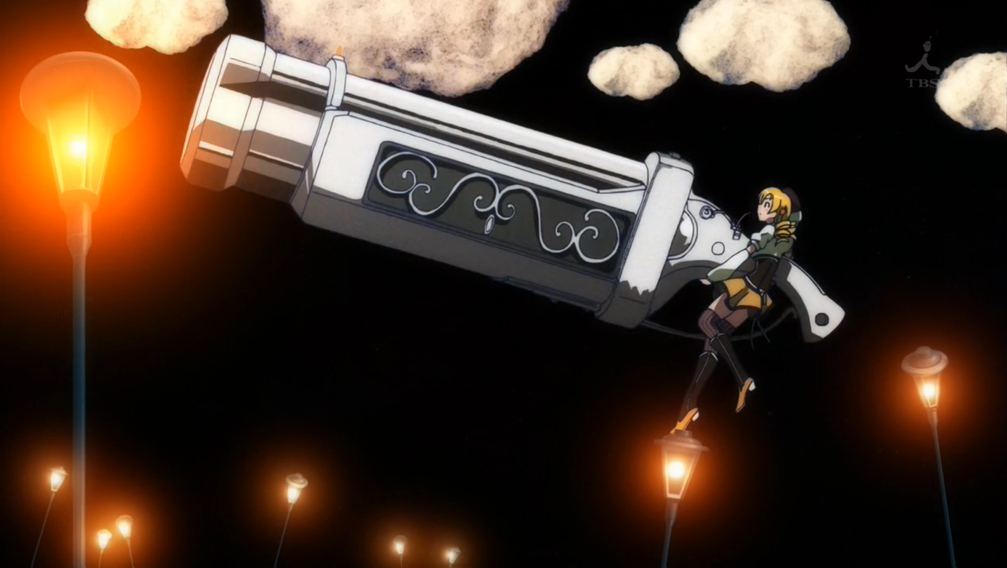 In this list we’ll take a look at various magical anime guns that allow their users to act as the great equalizers against threats ordinary men and women just can't fight against otherwise, whether through the use of mystic munitions or being a channeling device for their own abilities. Only one example will be taken per anime, and to qualify for the list the firearm must act as either a focus for a supernatural power or have an arcane effect on their target. Keep in mind that the order of the list is the writer’s personal opinion alone and shouldn’t be taken as a measure of which is best as a whole.

Weilded by Kiritsugu Emiya from Fate/Zero

Kiritsugu Emiya is a magus who believes in always having the right tools for the job. Thus it should come as no surprise he carries a small arsenal of firearms to deal with his targets. Of them, none is more potent than his Thompson Arms Contender.

While small for this list of arcane anime guns, what makes this pistol so potent isn’t just that it packs a heavy punch against unarmored targets (though it certainly helps), but the ammunition itself. Kiritsugu personally packs each round with his own powdered ribs, imbuing them with a supernatural effect. These “Origin Bullets” cause a backlash upon connecting with any magecraft done by other magi, rendering them unable to use magic ever again if successful—if not outright killing them. There’s no weapon better suited for someone that goes by the moniker of the “Magus Killer” than this.

In Home Tutor Hitman Reborn, special people possess a power that manifests itself in the form of flames. These “Dying Will” flames come in seven different types, and can be used in a number of ways that can range from creating illusions to simply reducing whatever they hit into ashes. Xanxus, the leader of the Vongola Famiglia's assassination squad and possessor of the “Flames of Wrath”, carries a pair of X-Guns to show that he's not someone to be trifled with.

These nifty little hand-cannons are designed to be used as a channel for his flames and are thus his weapons of choice. He can fly by blasting himself off the ground and then around a target, outmaneuvering them with one while firing flaming rounds at them with the other. To top it off, he can also charge his anime guns with energy and deliver a pair of shots powerful enough to level entire buildings.

In Tokyo Underground some people can wield the power of the elements, gravity, magnetism, and life itself. So what’s a mortal man supposed to do when faced with such powerful opponents? Well, if you’re a rebel going against an oppressive, evil organization like Sui or Genosuke, you put together a weapon that allows you to compete with them.

That's where the Spirit Gun comes in. The inelegant but arcane anime gun is designed to fire ammunition that is infused with the power of the elements. This gives the pair the ability to shoot fire, water, lightning, and ice, allowing them to deal with a variety of opponents despite being normal humans.

Mami Tomoe is one of two magical girls in Mahou Shoujo Madoka★Magica that uses firearms as her primary weapons. However, unlike the aloof Homura Akemi (who uses her time-stopping magic to steal guns from the Yakuza and military), Mami creates flintlock firearms through the use of magic.

While her firearms aren't among the most powerful magical anime guns in this listing, they can all be remotely controlled and fired, summoned near-infinitely, and create ribbons from the fired rounds. Her most often created variant are 18th century muskets, but she has also been shown to create pistols, shotguns, and a gargantuan-sized cannon for a finisher that she calls the “Tiro Finale” (see picture at the top of listing).

Fairy Tail contains a number of different styles of magic. Befitting of this, there are actually two different variants of gun-based magic. The first type is that used by Alzack Connell, who dresses like an actual Western gunslinger and uses various magical bullets to rain down different spells upon his enemies.

The second variant that Bisca uses is “Requip: The Gunner”, which allows her to pull a different gun out of nowhere. This gives her a virtually limitless arsenal to use, depending on the circumstances, that she can combine with different types of shots as well. And while she seems to favor sniper rifles the most for their accuracy, she won’t hesitate to pull out a bazooka if the situation calls for a bigger bang.

In the Outlaw Star universe, magic is scarce due to a lack of mana. However, the Tao wizards that oppose the crew of the Outlaw Star remain capable of using it. To combat them, Gene must resort to a gun that was created to allow the user to fire off one-time use spells in the form of “Caster Shells”. These guns became known collectively as “Casters”, and by the era of the anime only a scant few remain.

The power of Casters is dependent on the ammunition used, with there being at least nineteen different kinds created in total. These effects can vary from a powerful beam of destruction to creating a localized, miniature black hole, making it one of the most versatile weapons on this list. Some of the rarest shells will also draw from the user’s life to empower them, which are the most devastating of their kind.

In Magical Girl Lyrical Nanoha StrikerS, the titular character has become an instructor for a handpicked selection of promising recruits. One of these recruits is Teana Lanster, a seemingly average mage among several prodigies and special snowflakes. Naturally, for an average mage to keep up with them, she needs not only the skills but also suitable equipment to match. This comes in the form of Cross Mirage, her handguns.

Cross Mirage is an intelligent device (think a magical wand with artificial intelligence installed) in the shape of a gun that allows her to reach her full potential through its multitude of different modes and upgrades. Using these different modes with her Illusion magic, she can topple numerous high-tier opponents at the same time. And, if push comes to shove, she also has Nanoha’s patented “Starlight Breaker” spell for maximum destruction.

In Final Fantasy: Unlimited, the amnesiac gunman “Black Wind” Kaze serves as the main protector of the group that he travels with while searching for Kumo Shiroi. To fend off the various threats that they face, he carries a weapon attached to his hand. It is known as the Magun, and when thawed it is one of the most powerful mystical anime guns on this list.

The Magun relies on a special type of ammunition known as “Soil Charges” that come in a variety of types, sorted by their colors. By using a combination of three of them, Kaze can summon powerful creatures to do his bidding. These summonings possess a number of different abilities, such as controlling gravity, calling down meteors, or just being a really big dragon.

In the near futuristic setting of The Irregular at Magic High School, magic has been essentially turned into a science. To cast spells, magicians use CADs (Casting Assistant Devices) as a modernistic type of wand, with many of them taking the form of guns. However, the “Third Eye”, used by Tatsuya, is a bit special in that it’s a one-of-a-kind device made specifically for him.

Tatsuya specializes in a specific type of magic that focuses on decomposition, with his ultimate spell being “Material Burst”. It allows him to transmute matter into energy, which scales upwards depending on the amount of matter converted to being the equivalent of a nuclear warhead without the fallout. The Third Eye connects him to low-orbit satellites to assist with targeting, allowing him to use this magic at its full potential from a safe distance.

Wielded by Chaika from Hitsugi no Chaika (Chaika – The Coffin Princess)

In the world of Chaika – The Coffin Princess, mages known as “Wizards” are able to use their magic to cast spells through focal devices known as “Gandr”. Among them is Chaika, who specializes in high-precision spells and carries around a large coffin with her. That coffin houses the pieces of her Gandr, which resembles a .50 caliber sniper rifle larger than most arcane anime guns in this list, that she can put together in a snap.

While her spells take a long time to cast, they carry a number of offensive abilities. And, in the event that she doesn’t have enough firepower, Niva Lada can merge with her Gandr to let it take a cannon form. You don’t want to be on the receiving end of a gun that big.