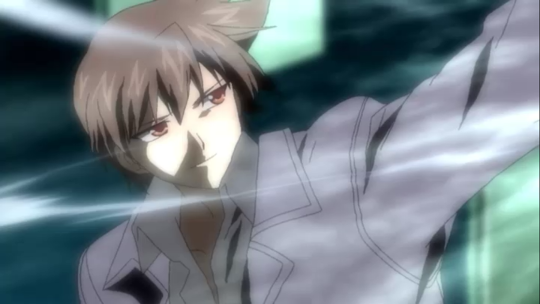 Kaze no Stigma is an anime that premiered in April of 2007 and tells the story of Kazuma Yagami, a young man who was expelled from his demon-hunting family for a lack of talent in their magical art, the ability to conjure fire. He returns to Japan from abroad several years later. Only now, he has entered into a contract with the Wind Spirit King, making him a powerful freelance mage proficient in wind magic. 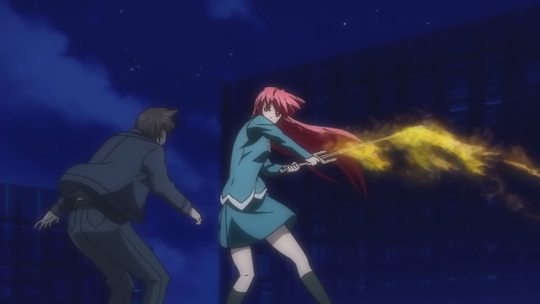 He is soon framed for the murder of several of his former clansmen and must work to clear his name with his cousin, Ayano Kannagi. Once the matter is cleared up, he remains in Japan and acts as a mentor to her while dealing with others threats. Unbeknownst to him, the shadows of his past still linger and seek revenge against him for his actions over the last several years.

Unfortunately, since the anime has ended and the original author recently passed away, we will not likely receive another season. However instead, let's take a look at anime like Kaze no Stigma to fill in the void. While no anime can perfectly replicate the experience, as all anime are unique in their own aspects, by boiling down certain elements and comparing them, we can certainly find others that can appeal to Kaze no Stigma fans. 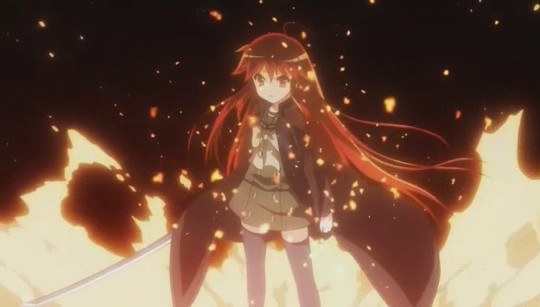 Shakugan no Shana revolves around beings called Crimson Denizens who feed on the life-force of humans, destroying them in the process. This horrific act causes the world to become unbalanced to the extent that the damage has to be padded out by Flame Hazes, essentially good Denizens, who hunt down the evil Denizens and create Torches, leftover bits of what were once people which will slowly fade from existence. Yuuji Sakai is one such Torch and alongside the beautiful Flame Haze with burning red hair, Shana, he goes on to face other Denizens in hopes of finding meaning in his life, despite knowing that he is a remnant of another person.

While it does play with the notion of hiding the supernatural world from the mundane, the primary link is Shana. Similar to Ayano, Shana is a fiery, red-haired heroine who has fire-based powers and a unique sword to enhance her powers. Yuuji can also be seen as similar to Kazuma shortly after being cast out of his family, searching for purpose as well as love from someone who would understand him. 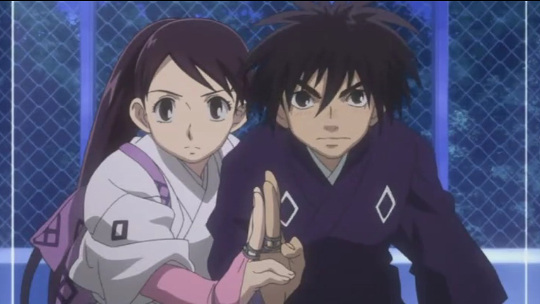 Kekkashi tells the story of Yoshimori Sumimura, a teenage member of a family of barrier-users. He and his childhood friend from a rival family, Tokine Yukimura, must guard a sacred location every night from demons that are allured to it by the power it gives off. As the story continues, more and more powerful beings come seeking the power and forces them to grow as well.

They’re both set in the modern day Japan, working in a hidden occult world that remains out of sight from the mundane, involving families that hunt demons using abilities granted to them by the virtue of their birth. Both stories also strongly feature the concept of loss and growth that comes from it, with Yoshimori and Kazuma both initially being overshadowed by other members of their family, only for them both to exhibit abilities that surpass the others by the end, a power that truly distinguishes them. 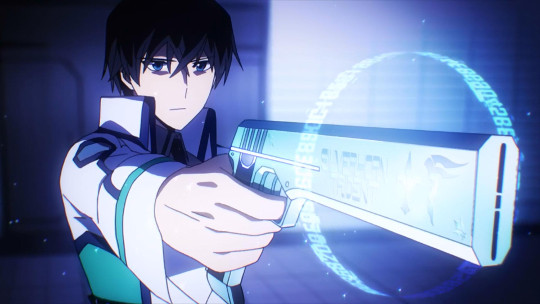 Set in the near future, Mahouka Koukou no Rettousei tells the story of a pair of siblings, Tatsuya Shiba and Miyuki Shiba, who are members of one of the most prestigious magical families in Japan and attend a high school for magicians. Tatsuya is sorted into the lower-ranked magicians within the system known as “Weeds”, despite possessing a unique power that none of his peers could ever dream of. Together with his classmates, they face numerous threats to both themselves and their country.

The primary link is that Kazuma and Tatsuya are fairly similar in their mindsets, such as the execution of their enemies, and their scope of powers. Kazuma is essentially a one-man army due to his contract with the Wind Spirit King, he hates the majority of his family due to their treatment of him, and he has little interest outside of money and the health of his younger sibling. Tatsuya also possesses a power that few others can match, his relatives all treat him like he doesn’t exist, and the only exception to this family shunning is his younger sibling. Can you see the similarities now? 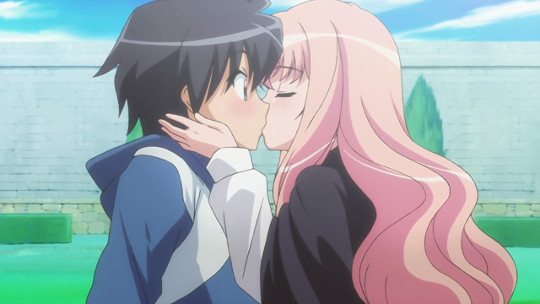 Zero no Tsukaima is an anime that centers around a student named Louise, who attends a magical academy. Because she has no luck when it comes to using magic that belongs to one of the four elements—wind, water, fire, and earth—she is dubbed a failure by her peers and given the nickname “Zero.” When it comes time to summon a familiar, a faithful companion, she ends up summoning Saito, a normal Japanese teenager. Now that Saito is trapped in her world with no way back, the two must work together and discover the secrets that enshroud them both.

The magic systems are similar in that things are divided into the four elements, but the greatest draw is that Louise embodies aspects of both Kazuma and Ayano. Like Kazuma, she is ostracized from her peers because of her lack of magical talent with the other elements, and her family to an extent, finding herself envious of talented peers and pressured to meet the standards they set. Her personality has mostly Ayano’s traits, being headstrong, loud, and quick on the draw. In addition, the comedy aspects of both the series match fairly well, so this series is great if you're looking for something more on the silly side of things. 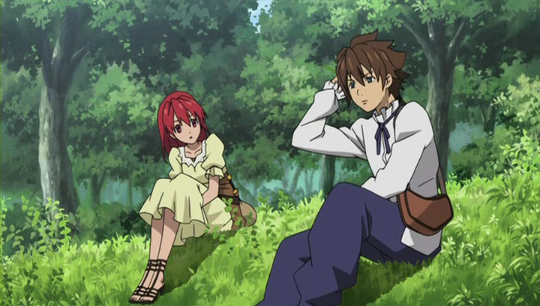 The anime Seiken no Blacksmith is set in a violent era, several decades after a great war was fought, with the ability to summon demons by entering into a contract with them being the source of great strife. One day, a young knight named Cecily is saved by a blacksmith named Luke, wielding a powerful weapon. Taken by the weapon's power and Luke's skill, she begs for him to make her a weapon and teach her how to use it. This leads the two into a series of adventures like neither of them could have ever expected.

The biggest comparison is the interaction between the hero and heroine. Luke and Kazuma are both experienced users of a type of magic separated from what is commonly seen who are quite distant from those around them. They don't usually care about anything unless sufficiently motivated. Ayano and Cecily are both inexperienced, but also well-meaning swordswomen, drawn to the main male protagonist of each series for the sake of bettering themselves. Both Luke and Kazuma are critical in their training of the latter pair, working to increase their skill, without coddling them extensively, so that they don’t meet the same fate as those they had cared for before had.

If you are a fan of supernatural anime series filled with suspense, mystery, or horror elements, then you should be familiar with these 15 picks that are among the best rated on MyAnimeList. If not, make sure to check them out!