All the residents of Ayakashi Kan have a monster form, but with the building constantly invaded by yokai, they are just the tip of the monster iceberg. But with so much monster activity in Inu x Boku SS, who are the real monsters? 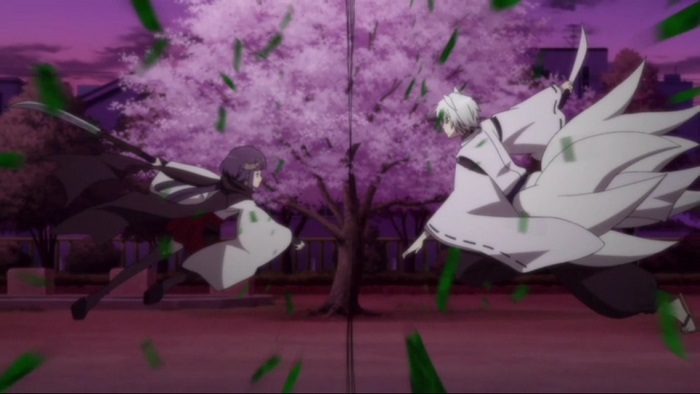 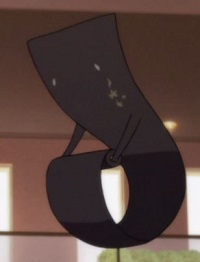 The main characters of Inu x Boku SS all have an alternate 'monster' or youkai form. Many generations ago the blood of their ancestors mingled with the blood of monsters, and our heroes are the 'throwback' offspring from several rich houses that can channel the monster form. This isn't usually a problem, in fact some of the residents thoroughly enjoy their youkai form, especially Renshou Sorinozuka (right, in his Ittan-momen, a possessed roll of cotton, guise) The trouble with this is they attract the attention of real monsters easily, and this is why they all live in the same building - Ayakashi Kan. Unfortunately, this safety in numbers strategy doesn't always go to plan. Throughout the series we meet a range of monsters from traditional Japanese tales, including the nurikabe, a creature that manifests as a high wall at night to block your way (pictured being destroyed above by Ririchiyo Shirakiin and Soushi Miketsukami). Also the nure-onna, a beast with the head of a woman and the body of a snake with long, black, constantly wet hair (pictured below with Ririchiyo), and the Obariyon or piggyback monster. They even have a run-in with traditional human burglars. 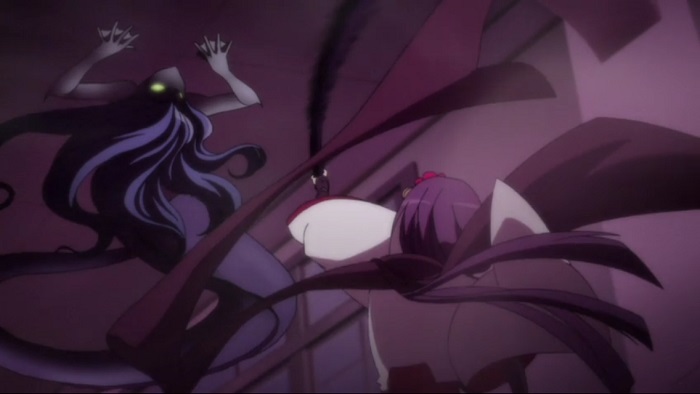 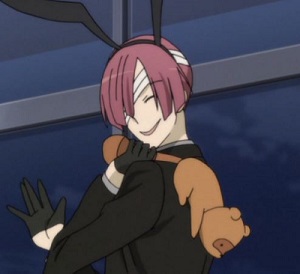 The majority of the time these monsters are little match for the residents of Ayakashi Kan. In fact, the most disruptive forces come from within the house, first in the form of Watanuki and his secret service agent Natsume, and second and more powerfully in the guise of Kagerou. These three separately manage to upset the balance of the house, and (to varying degrees) even manage to disturb seemingly unflappable Soushi. We learn being the embodiment of the ancestors comes with a privileged existence; but this doesn't often lead to a happy life. Ririchiyo was raised as a lucky charm, and could never be just her parent's daughter. She speaks of being jealous of her sister as she was a normal child, and when she told this to her father she was hit. Also in all the memory flashbacks of her family all the other characters apart from the younger version of herself remain faceless. Soushi's household took a different attitude to the child born with the throwback blood. He was separated from his family, and talks of never really being introduced to his parents, and then having to manipulate everyone in his household for a very small amount of freedom.

So are the true monsters in Inu x Boku SS actually those whose faces are never seen in the anime: the power hungry families of those that posses the blood? It is said that true achievement can be found in the fostering of greatness in others, can the opposite also be true? Are the real monsters those that create the monster?