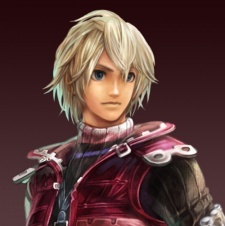 dino-chan Nov 10, 2016 10:48 AM
Hiii thank you for accepting me! I found your profile through your comment on the YOI ep6 discussion (I like to visit profiles hehehe) and welpp you have a Shulk picture <3 I just had to add you because of that ^^

A little about myself, if you want to know more about me then give me some more specific questions ;3
" I am a hardcore otaku, that loves anime, manga and any kind of games. I love listening to music, watching movies, doing sports etc. Despite my personality, I can be intelligent, but I do hate studying."

Well my history...? It's so wide could you be more specific in what you mean, since it will be a long one if I did it :3

I have been interested in anime ever since I was a little child close to baby stage, where I watched all those old anime like Pokemon, detective conan & dragon ball and ever since I loved it (at the time I thought it was cartoons) :3

What Got You Interested In Anime? :3
What is your favorite genre(s)? :3
What's your favorite anime if you had to choose one among all your anime? :3
What anime(s) are you expecting most from on this season? :3
Are you the type to only watch anime once or do you not mind rewatching a anime more than once? :3
Do you listen to Anime OST (if so which anime)? :3
Do you think you’ll ever stop watching anime? :3

You can ask me of anything in return :3

Anyways, I agree with you that anime can cost a lot if you go the legal way. :3 So I totally understand your break. I, for myself, haven't been a fan for that long. At the time I started internet were full of anime. ^^

Moog May 18, 2015 9:01 AM
Gundam is one of those shows that I hear so much about, but that I've never watched, or even bothered reading about. I guess I might check the series out later and see if I find it of interest.

Yeah, LoGH is good stuff and it has aged well (except for the graphics, but nothing too bad). I'd recommend it if you're interested in political intrigue, war, military strategies, etc. It's kinda like A Song of Ice and Fire (Game of Thrones) in space, if you're familiar with that.

I'm always on the lookout for anime that focuses on politics, political intrigue, et cetera, but I don't actually discover a lot of interesting stuff. I haven't seen Gundam either. Would you recommend it?

I think that you're right. The few shows I've seen that have had political themes have been extremely simplified, either because they decided to focus on some other stupid shit, or because they don't want to overwhelm the viewer with information. I don't think a large portion of the target audiences are very interesting in politics, anyway. LoGH is perhaps the only anime that has a solid foundation in terms of politics and history, and I can actually take it seriously. It has a slow pace, plenty of characters and dialogue, and a rich world with intricate webs of alliances, factions, and political intrigue. Good stuff! Of course a show like this has to sacrifice a lot of stuff that make typical action shounen and similar shows popular, but what you get in return is a kind of immersion that can't be compared. I haven't even finished the series, but it's one of those shows that you don't forget easily, as compared to most of forgettable stuff you watch.

I think I got a bit ahead of myself, lol. Anyway, what I wrote above is something that I sincerely wish more anime would adopt in the future. I simply can't take half-assed politics and conflicts very seriously, which in turn ruins any sort of emotional involvement I might have gotten from immersing myself in the story. Ugh.

Moog May 14, 2015 7:18 AM
Not much, really. I just finished an assignment on a Norse ruler during the Viking Age, and I'm currently studying a bit on modern politics in order to prepare for exams. Politics and history has therefore been on my mind a lot lately, but I'm also studying sound and some music production out of interest.

What about you? Anything interesting going on?

Yes, it's definitely quantum entanglement that made me interested in quantum mechanics as well. It's one of those things that kinda blow your mind the moment you learn about them, and you find yourself nearly obsessing over it for quite some time afterwards. At least that's how I feel. My interest in it was probably sparked back when I was a kid, and was exposed to stuff like the Schrödinger's cat thought experiment, and other things related to entanglement. Anyway, quantum entanglement is probably one of those things that will fascinate me for as long as I live, and I enjoy learning more about it whenever I have time. I've been way too busy with other things lately, though. : /

Harii May 13, 2015 10:43 AM
I was utterly convinced that Kurapika was a girl until the characters referred to him as "he". His voice actor his female and the voice itself is very feminine, so it's still easy to mistake him for a girl.

Harii May 12, 2015 5:48 PM
I assume you mean the 2011 remake? I've seen ten episodes of it so far and I'm really enjoying it. I haven't read the manga so I'm not sure how close it's following it, but I think it's really good anyways. I can see why so many praises it

Moog May 12, 2015 5:48 AM
Heyo. Whoa, that's awesome. I'm very intrigued by Quantum Mechanics, but my knowledge is still very lacking. Did you enjoy doing research in quantum physics?

Candeloro May 11, 2015 5:19 PM
I'm not the best person to ask about Sailor Moon Crystal, because I didn't watch the original anime nor read the manga. I felt put off by the character designs at the beginning, but I got used to it, and the director kinda changed it around episode 5-ish? The animation quality is great though??? So I don't know where you're hearing that from. It's what you'd expect from a Sailor Moon anime. I'm not sure about it being rushed either because like I said I didn't watch the original/manga, so it's my first time experiencing this. I like it, it may be a little rushed, but I guess the directors just wanna focus on the story and no fillers/no bullshitting around? I'm not sure.
Also it's been a while since I heard from you! Do you want to message eachother/talk on Skype? If not, that's okay.

It was noticed?!
My opinion probably wouldn't be considered politically correct.

But aren't you fighting for the sake of those who have traditionally been looked down upon by society? Trying to bring awareness to their struggle?