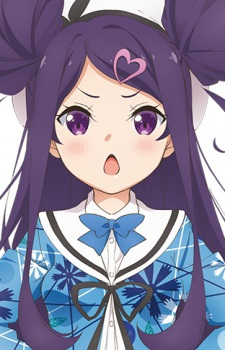 ScarredBushido Dec 4, 2014 6:22 AM
after reading ( some of the post ) that it sounds like more then angry, racist(?) otaku...it just seems so petty. I've also wonder why in anime when they are clearly eating at McDonald's they call it Wac Donald's or something...

o thank you...its not much...i don't have mad Photoshop skills like most users on MyAnimelist...i want to brighten it up more tho..

symbv Jan 3, 2014 11:24 PM
Welcome to the club. Very happy to see you are finally in!! I think GuiltyKing is organizing some preparation work. Perhaps that is where you could help. Anyway happy new year!!

symbv Dec 25, 2013 12:18 PM
First, happy Xmas and it has been a while since we last talked. I came back after I thought I have calmed down enough but reading reply by Kineta got me quite upset again because the tone and attitude on display combined with the lopsided reasoning has little to recommend despite its length. And Wind_Sr's assertion that the policy will NOT change and in fact he agrees with most of Kineta's post means they are prepared to yield very little (although his reply got me wonder: whereas tsubasalover said she was not informed at all about the decision much less the timing of implementation and she joined the club to voice her dissent, Wind_Sr sounded drastically different, so what in fact happened behind the scene?).

I have wanted to post a rebuttal to both posts but as I will be busy in the next few days I do not want to start a skirmish now if I am not prepared to stay engaged right after I start it.

What I am thinking now is that even after the club size has grown to >20 they still consider us a tiny minority, which is why they still claim to be on the side of the "majority" (whatever that means - I guess we have seen enough of it in a lot of authoritarian or tyrannical governments). Anyway, I have just started an aggressive drive to get even more people to sign up on the club - by sending an invite to all people I once have meaningful discussion, and not just those who agree with me or post very often. Perhaps you can ask people you know who may be interested in our cause to sign up too? I hope we can bring it up to >100 and then we can see if we can mobilize people to actually post in the Suggestion forum so that they can no longer dismiss us as just a few discontents who can be easily dismissed. This will surely make my rebuttal, when I come to write it, much more compelling if it gets visible and vocal support in the thread.

I have a few other plans as well which I may explain later, but first let us get even more organized and get more people to know and join our cause.

symbv Nov 4, 2013 2:31 AM
For moe anime, the most critical factor is character design (visual) and characterization (behavior, moe features). Viewed this way, Date A Live scores much higher than NouCome, and DAL even has a much bigger LN fan base to start with. To me the animation quality in DAL is never really outstanding but quite a number of the female characters get a lot of "moe squeals" in places like 2ch which is conspicuously lacking for Noucome. Clearly watchers in 2ch have decided that there are a lot of other choices for their moe attention in this cour.

I also think that any perceived problem of "10 episodes" is way exaggerated in the west, because there is always the perceived sacrifice in "plot" if the series is just 10 episodes. But think about it, for a comedy that is based on crazy gags, does it really matter if it consists of 10 episodes or 12 episodes? If anything being 10 episodes should even encourage sales because the total cost of owning the series is lower. Seiyuu being infamous could indeed play a role but this only shows that the animation project has always been a lower profile (and possibly lower budget) one.

That song... it is not the ED, right? The ED is the A-side One Way Ryou-Omoi. Takakae Moralism is the B-side, I guess?

Anyway, about the part you asked about the lyrics is as follows:

Until the day when your heart accepts (me),
I will just hold tight my chest, which is jumping and swinging like the ribbon on (my) uniform

Basically it is about the two characters who are unsure whether to let go of their more rational mind and surrender to their heart and start a romance, which they think it is what their young age (seishun) is asking them to.

Illya currently projected by Stalker to have 5.6k in BD/DVD sales. It may be an underestimate but I think it should not be too much off.

Since Zwei has 5 volumes of manga compared to the the first part (animated this season) which has 2 volumes. I hope it will be a 2-cour series. On the other hand, it is the peculiar way for Kadokawa to save cost by going for 10 episodes in 1 cour (the absolute minimum for 1 cour so that the anime could still look like a 1-cour series not some special) instead of 11, 12 or 13 episodes, so I don't think we should not get our expectation too high.

> Are you fairly confident there will be a second season or rather have you heard anything new since you made that GJ-bu news post?

Well, the official news only mentions "more GJ-bu anime" so it is not really clear. My gut feeling is that it will be a second season for the younger generation (chuutoubu) but there is little information about it from official source.
All Comments