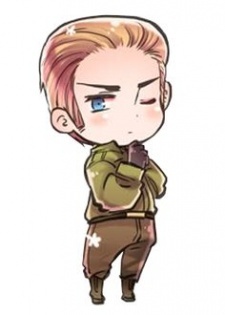 umidahhh Feb 4, 4:36 PM
idk if youre still active but i hope you know that hetalia finally got a new season after 6 long years lol

AmbiguousMonster Oct 10, 2016 2:14 AM
I finally finished Rakugo :). Such excellently composed story telling. From this season, I think Flip Flappers was my biggest surprise. It trumps everything else by a wide margin in visual presentation and may actually be the most visually impressive series of 2016. That is, if it holds up. For all I know, production could fall apart Grimgar style :(. Other than that, with riveting sports series with Yuri and Keijo, flamboyant hot blooded violence with Drifters and the melancholy 3-gatsu no Lion, this could be one of the best anime seasons in a long time.

AmbiguousMonster Sep 25, 2016 6:33 AM
So, One Punch Man season 2 has been announced (http://www.animenewsnetwork.com/news/2016-09-25/one-punch-man-tv-anime-gets-2nd-season-game-app/.106871). Are you excited? Or annoyed that it'll probably overshadow it's better seasonal contemporaries.

AmbiguousMonster Aug 30, 2016 5:05 AM
It went into Konosuba territory where it actually became funny (but Orange has always been pretty sterile, stylistically. Re:Zero is just fine with quality dips). My friends and I found those images really funny. Especially https://embed.gyazo.com/3bb1642b69738d0fd156f9fadba92108.png. His neck is broken for sure.

AmbiguousMonster Aug 29, 2016 6:03 AM
I spent a lot of today looking at screen shots of Zestiria and Orange. The former for my soul, the latter for a laugh.

I get it, I don't appreciate animators.

AmbiguousMonster Jul 30, 2016 12:46 AM
Random life update: I've finished my time in Japan (I'm still here for the weekend, but leave early Monday). It was a bitter-sweet experience on the whole, the sweet coming from day trips and various parties and festivals with friends, the bitter coming from, well, just about everything related to university. Depending on whether or not I passed, I might have a lot of damage control to do. Oh boy, did they sucker punch me this time.

I might upload a photo album on my blog, soon.

kyoudai Jul 9, 2016 9:14 PM
Decided to move the discussion here and out of the Handa-kun forum. I will probably drop 5 or more of them before the end of the season. I watch every ep 1, and unless I know immediately that I have no chance of liking it (Masou Gakuen HxH), it goes on the list until I decide to drop it.

I also use a rating system similar to yours, but I have never codified it nearly as neatly as yours. Plus, I tend to get tunnel vision when I rate things as I'm watching them, so I try to go back about twice a year and reevaluate everything again to make sure I rated them with roughly the same criteria and objectivity.

No, Thunderbolt Fantasy is not really worth watching. However, I do admire and respect the amount of time and work they put into making a full-length stop motion film.

I agree with AmbiguousMonster about Seirei no Moribito. It definitely needs to be watched.

Also, Death Note is being scored a lot lower by you than most others. Is the lack of emotional sustenance bothering you (Light basically set about murdering right away with no qualms) or is there something else? Also, what did you think of Code Geass? It's one of those series I often start but never finish. That needs to be addressed at some point.

AmbiguousMonster Jun 22, 2016 6:01 AM
That's how you'll trick them. Reel them in with click bait titles and thumbnails, and then surprise them with legitimately good content to keep them at your blog. A fool proof plan.

AmbiguousMonster Jun 21, 2016 8:56 PM
Maybe go for something controversial. "Neon Genesis Evangelion: How it's failure reflects your failures." "How Cowboy Bebop duped you all." "Mushishi is Mushish!t" "A dirty secret that KyoAni doesn't want anyone to know about". There's a real market for stuff like that.

Don't actually do this; you'll be popular, sure, but everyone will laugh at you or hate you.
All Comments