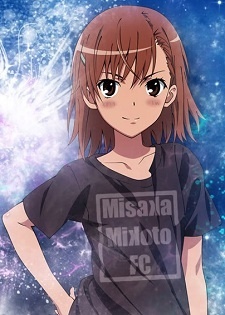 I do appreciate stuff, and I never fapped a single time to my waifu lol.

Lol, so what's been up with you?

I agree with most of your points. I think the fundamental difference our tastes lies in our character expectations.

Akari and Toru do indeed come off as more mature and keen compared to Chaika, and yes perhaps they are badass fighters. Though, to be fair Chaika herself has some badassery packed into that sniper rifle of hers.

But, Chaika is casted here as a child, ignorant, innocent and naive. To expect her to be mature, focused or keen is merely unrealistic of a character. Granted, she lacks growth in her character, but I found her child-like nature very vital to her role in the plot (in my plot review I mention that only Chaika could have killed Gaz in the end, and her characterization of innocence and straightforwardness was absolutely crucial to this plot point).

Akari and Toru, on the other hand, while they start off as great, interesting characters, I was honestly underwhelmed by their combat skills. I was not as impressed at their intellect or combat intuition as you were, but perhaps that's maybe because I've watched way too many shounen animes with superior action.

You call them "badass". I agree. But I was very disappointed with the fact that I wasn't seeing their character. At the end of the anime, I asked myself what did I actually know about Toru and Akari and I realized I knew pretty much nothing save for their combat skills, hence making them excellent killing machines but poor as main characters (as supporting characters I wouldn't mind them not having their characterization fully fleshed out, but they were main cast).

I also agree that while Akari had managed to step out of the weak heroine archetype, her characterization never managed to pull through either. As in my review, the brother complex is insufficient to define a character, no matter how funny it is.

Basically, all the things you've said good about Akari and Toru, I've given points for them under the "Enjoyment" section (under action+comedy), not so much for the "Character" section, and I hope you understand why. :)

It's fine if you disagree with my review on Hitsugi no Chaika.

I honestly find it interesting though that you find Toru and Akari as good points of the anime. If you would like to share why or how so, I'm all ears. :)

As to why I was so frustrated at those two characters so much more than Chaika, you don't have to read the whole review to find out, you can simply skip straight to the section on character analysis to find out why.

so how long you been watching anime?
All Comments