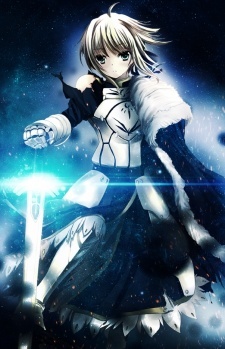 LenaRozali Jul 23, 2:49 PM
Your Psycho Pass 2 review was very balanced and the most objective I've seen, from any fan

In the words of @lawlmartz :

lawlmartz Aug 25, 2016 8:11 AM
kaizersaber said:
As always, I welcome discourse and not insults.
kaizersaber said:
only self-righteous pricks find the need to laugh at people who love an anime they hate. Only disrespectful, immature, self-absorbed bigots feel the need to take a piss on everyone who has a differing opinion from them.

Uh, can you run that by me again? I think I missed what you were saying.

If you gave Code Geass a 1, I couldn't care less. The point I was making is that you tried to take apart Yamada and the 7 Witches... and yet by your rating system, you would most certainly have to give Code Geass a much lower score, because that show's internal consistency is about as homogenous as a bag of trail mix. There are more plot holes and asspulls in that show than interstate 40 and the Star Wars prequels combined. It's an utterly ridiculous mecha/drama romp Chinese cartoon with spider people and super powers. Can you really even get mad about how crazy it is? The same thing with Yamada... the guy kisses people and changes bodies with them. You can't apply any logic, physics, or anything real world to a romantic comedy cartoon- it's not exactly designed to be high brow, hard science docu-tainment. There's your "discourse".

It takes real love for a show to recognize that, critically, it's a piece of crap- mercilessly tear it limb from limb, textually destroy it, but as a consumer, still enjoy the heck out of it. You're not there yet, mein freund.

And in case you haven't noticed, MAL scores are an absolutely terrible measure of "sentiment", let alone quality. Everyone, and I do mean everyone, has a different idea as to what subjective rating they give to something. Your mean score is a 7.28. You've seen 59 shows. Your standard deviation from the mean is a whopping 1.27, not to mention that you overrated (by your metric of "community sentiment") both parts of code geass by a total of 0.19. the first part by 0.17 alone. Your mean score is also 0.31 greater than the global average. Do I smell a little bias there?

BraindeadHour Aug 20, 2015 9:06 AM
Great Shingeki no Bahamut review. It's one of the only reviews I took the time to read through completely, nodding my head all along the way while also seeing new things brought to my attention I didn't at first realize. You picked at it's positive and negative points in a very fair manner and I agree with it entirely. So thought I'd drop by to thank you for the excellent review and also curiously steal a few series to watch from someone who can do such a great overall analysis.

BadabumBadabicch May 11, 2015 8:59 AM
heyyy, have you watched shokugeki no souma by any chance? If you have please tell me the good and bad points about it. It doesn't matter if only 6 episodes has aired

Well, as far as Chaika goes I didn't like her character. I found all the chaikas' lack of coherent speaking and straightforward (brainless) talking to be a bit annoying. However, I got used to it. What I didn't get used to, however, was her inability to be mature. It's not that I don't like moe characters who blush and whatnot, but I don't think they should have made a character like that as important as chaika. I love cute moe characters . . . just not here.

That, in combination with the mood of the anime, one that gives off the sense that they are in the middle of some great change/upheaval, leaves one wanting a bit more maturity from chaika.

Now let's look at akari/toru. They pretty much fill the gap in chaika's character. They are mature, focused, and keen. Not only that, they are some of the best main leads both male and female that I have seen in a shounen for quite some time. Nowadays, there are rarely shonen anime where the mc is not some whiny kid who is exceptionally stupid, but somehow the strongest of them all. That, or a whiny kid who is exceptionally weak, and then later powerups in the middle of the series.

Here, toru and akari are both so badass. I see in your review that you noted that they have nothing else besides their combat skills. However, that in and of itself is exceptional. They are not only good fighters, but they are badass. There are so many moments in the anime where you see the two of them instantly react to enemies, whereby they remain professional, calm, collected, and cool. There are rarely any leads out there anymore that are combat smart. Main leads are either smart in intellect, or just good at fighting. Akari and toru are both. Just look at his weapon, it's a pair of kunai/daggers on a retractable string.

Moving onto akari, I'm glad you find her brother complex funny, as did I. Once again, I feel that was more than enough to make her a standout amongst female leads. She is a breath of fresh air amongst weak clingy females. She is also unlike mikasa, as a popular example, who is waaaaay too serious and abnormal. Akari introduces enough comedy to keep the show light.


TL;DR
My main complaint is not with chaika as a person - it's with her being so important to the plot. I feel she isn't mature enough to be a lead when she can barely take care of herself, much less talk coherently.

Toru on the other hand is awesome. There isn't any moment in the anime where he becomes a generic "must protect friends so I get a powerup". He's always "I can beat this guy because I am a bawler. Oh wait no he's a bit too strong for me I'll just use my brain then."

Akari, a bit weaker in character, but still better than chaika, bring a bit of original comedy that always made me smile. She is also equally badass and mature and doesn't feel too clingy.

paraboxes May 6, 2015 7:45 PM
I didn't read your entire hitsugi no chaika review but I noticed that you put chaika as a good point and akari/toru as bad points. Sorry but after you make those kinds of statements I can't take the rest of your review seriously, nor am I going to read the rest. Perhaps watch some more anime? Then you will realize how those two should be flipped.

Of course, that is my opinion, as I'm sure you will probably still agree with your own.

Zadion Apr 15, 2015 7:38 PM
I only read your Parasyte review, which is incredibly thorough and well written, but dayum man, it spoils the entire series. I dunno if you do that with all your reviews, but I'd seriously recommend putting a spoiler warning at the top or something so unsuspecting readers who haven't watched the series don't have it ruined for them.
All Comments