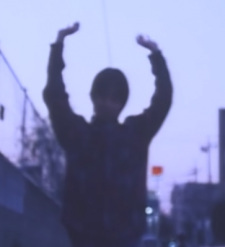 Tsubakiaka Apr 17, 11:20 AM
ty for the FR! i dont often go and comment when i get them but i respect the Okazaki kyoko fave <3

Chaldene Jun 9, 2019 10:51 PM
I don't hehe, I just buy it because the art is so good. It was either blue or pumpkin and mayonnaise. Blue came with some extras like a postcard thing so I bought that hehe. I think it's way cheaper to get a JP manga than a french one for me, although it would be easier of me to learn french than japanese.

I've got undercurrent on my queue, expect my impressions about it next week (I got 150 manga that I'm juggling between I hope I get to this one)

Chaldene Jun 9, 2019 6:40 AM
Hey how dare you >;3 I love the utena universe as a whole, love the series and movie equally, but having that as a fav because I took aesthetics factor into the consideration. I bought Blue and having the actual thing on ur hand feels so powerful (maybe I'll buy Okazaki's stuff when my friend goes back to jpn)

Deathko Feb 11, 2019 12:55 PM
Didn't watch it yet. I know I should, but I like to keep anime I suspect are good for days where I'm low on motivation. Finished Aria recently after postponing the last season for 2 years ^^.

Seiya Dec 25, 2018 8:28 PM
Well, I certainly wouldn't call myself a "fan" of CGDCT. I'm just going to give the occasional one a chance, as it's something I've never done before.

I've been doing some thinking, and maybe I should just embrace the cuteness thing. I've been avoiding it, because I've always felt guilty about the idea of liking it, but maybe it's not so bad after all.

Energetic-Nova Oct 13, 2018 3:37 PM
I actually was unsure how I felt about EOE until I read the manga. The manga just felt so much better to me. XD

Like.... EOE is beautifully animated... but those first 5 minutes are pretty much unforgivable....I felt so disgusted by the anime but... was unsure if I was being fair or not. But the manga is like.... the ending I actually expected lol.

The thing is, Shinji is more like Bruce Banner in the manga. So, still sensitive cry boy.... buuuuuut more sarcastic... (like the boy you saw in ep 8/9) and like when he would kinda be a little snotty right back at Asuka those very few times. So he is funnier in the manga. And then that Berserker thing is more like.... part of his personality... you wont like Shinji when he is angry. Kinda like in ep 3 when he went fucking psycho in the eva in front of his friends.

The dementia parts are toned down.

Kaworu is not actually an asshole, but true neutral idiot who was born yesterday....literally.

There is also so much more Kaji that I actually really love him in the manga where I kinda don't in the anime. There just isn't enough time for me to like him. He has an actual backstory.... and is more a father figure. because Kaji is more there, I feel Shinji's differences make sense.

Energetic-Nova Oct 13, 2018 3:01 PM
He looked just like him and if you ever played the VNs, it is exactly who he is in the VNS. XD His relationship with Kaworu never really ends well there either.


OOOOOH I see the issue, you haven't read the manga for it. Let me tell you, Manga Shinji is a whole different character sometimes. He gets very tsun flustered aggressive around Kaworu-kun. He actually picked Kaworu up and slammed him against the wall for dissing Rei. And I am very much these days more manga-canon than TV canon with Evangelion.

Also, if you didn't notice, I don't read long manga much either. The ones that are especially long I read when I was a teen. Cruel Reign though.... damn. I turned the page. But you are right, it is filled to the brim with melodrama. Thing is at a constant ten in emotions. I did love it though.

Evangelion manga is different from the anime, and unlike most manga adaptations of anime originals, it is actually good. Also, Kaworu is in it more. Also, it is written by Sadamoto (the character designer). It makes more sense than the anime so fans dis on it.

I actually wish I could specify I love Manga Shinji...
All Comments