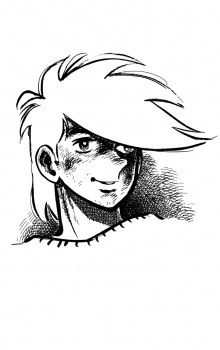 bloopsan Jun 3, 4:23 AM
You love Ashita no Joe, Fma and Sangokushi, which means that you are a king
respect

Fran_Man Mar 27, 2:16 PM
I have stumbled across your account many times, I will have to watch Ashita no Joe soon seeing how much you like it. the whole harlock franchise sounds much more interesting than the Yojouhan story imo.

Berry-Vodka Jun 1, 2020 12:03 PM
may i ask why you started the tatami galaxy? first episode, was it good? i was glad it was short because of the story telling style it really turned me off. like there isn't much.

jpablojr May 2, 2020 10:37 PM
Yeah. Sunday likes to give their veteran mangaka a lot of space for publishing which I can appreciate.


By the way, considering how long we've been conversing through MAL's comment system I'm surprised I've never asked you but do you have a discord?

jpablojr May 2, 2020 12:12 AM
It's a battle manga like that of InuYasha. While it still has her lovely dry humor, it is more serious and dark. They have run ins with evil yokai that do evil stuff that happens to connect to the main plot or characters in someway. Though it isn't as action heavy as InuYasha. It is definitely a battle manga but not as much as InuYasha, at least not right now. Comes off as more of dark mystery a lot of the time similar to Mermaid Saga that happens to have some action split into it. The cast does have run ins with occultist stuff similar to Holic though it doesn't have as episodic a structure. It's interesting that's for sure.

jpablojr Apr 29, 2020 9:43 PM
Not much has changed since I last spoke to you about MAO. Not much has really happened other than we've gotten another side character who'll be important and is connected to MAO's past. We found out a tad bit more about MAO's past in general. but not much plot stuff has really happened. Seems the story is kinda still in baby steps similar to InuYasha before Naraku's introduction. It seems to me Rumiko Takahashi is still laying down the ground work before getting the story rolling. I will say that the previous few chapters have definitely been improving. Not that the series started bad by any means, if anything the beginning is quite solid. But I guess I'm starting to feel more interest than I was in the beginning with these past few chapters. Sadly the translation is pretty behind the Japanese release which I think is in the 40-50 range by now. I'll definitely keep you updated once the story starts delving into the meat though.

jpablojr Apr 15, 2020 12:37 AM
Karakuri Circus is definitely a far more ambitious and plot focused narrative with many moving pieces throughout the story that are slowly being connected as the story progresses. Ushio To Tora on the other hand has a more simple structure that reminds me of Urusei Yatsura's or even Conan's structure. A bunch of seemingly at first episodic stories that introduce important characters who will matter down the line, developing characters and their relationships, and introducing/foreshadowing/developing important story elements, all in build up to the final arc in where everything comes together for one massive payoff that wraps up everything that was set up in one big swoop. Karakuri's plot is insane and it has a lot fantastic moments through out, and it's in general a really well structured story considering how much is happening in the story. It's not One Piece level of massive but the story definitely has a big scale to it. The cast is really fun and memorable each with their own journey's that come together really well, and the side cast are pretty good too. I think the only reason I like it less than U&T is because it's still not fully translated. I do know how it concludes because of the anime, but the anime skips a lot of material and is in general an anime not meant for those who haven't read the manga with how much it skips. So, I'm basically waiting until the full manga for Karakuri is translated to see how the entire final arc pans out (without skipped/rushed material). Even then, I still think I'd give U&T the upper hand because of how fantastic of a final arc it has. The final arc is one of the best in shonen with how much it elevates the rest of the story while managing to give the perfect closure. The arc is just on another level. I think that while the side cast is weaker in U&T than the side cast in Karakuri (though both side casts are good and serve their roles in the story, it just so happens that Karakuri's side cast are more memorable to me) I think the main duo of U&T more than make up for that. While Masaru, Narumi, and Shirogane are all really great, the friendship and rivalry between Ushio and Tora is one of the best in all of shonen manga for me. It's one of the manga's biggest strengths in seeing the twos relationship develop. I also think that Hakumen no Mono is one of the best plot device villains of all time who just has this nightmarish precense about him that really adds to the final fight between it and U&T. The main villain of Karakuri is great as well, especially with how well foreshadowed he is. He's a great twist villain and he was right under your nose too which makes his reveal all the greater. Even then, while he is a fun time and a fairly interesting villain in regards to his purpose in the story I think Fujita's villains in his other manga stand out to me more. In general I think Karakuri and U&T are fairly close, but Ushio and Tora slightly inch out because of a great villain, great main duo, a top tier final arc, and the fact that it's actually fully translated. This doesn't take away from Karakuri Circus however which is a really great battle shonen manga in its own right, with it's terrific story structure, interesting and loveable large cast, and it's utterly bonkers plot that has a bunch of crazy twists and turns that makes the ride worthy even if it is still being translated. I think both are a great showcase of Fujita's talents as a writer and artist. Both have his exceptional artwork, his hot blooded passion, and his big bombastic emotional moments that very clearly had an influence of Makoto Raiku for Gash Bell (who was working as Fujita's assistant for Karakuri Circus before starting Gash Bell). I highly recommend reading both as they're some of the finest battle shonen stories you can find. Depending on whether you're more interested in reading an emotional and hot blooded traditional battle manga that stands out as one of the best of its kind or a more complex and ambitious plot focused narrative with a ton of moving threads will probably lead to which you'll be more interested in reading first and which you'll be more interested in at first, but as I said earlier both are worth the reads. I just happen to like U&T slightly more than Karakuri.

TheCoolGuy82 Apr 9, 2020 6:34 PM
The other characters that i really like are Ryunooksuke, Ataru, Shutaro, Benten, Megane

i add u cuz i see u have taste for a classical anime too :)