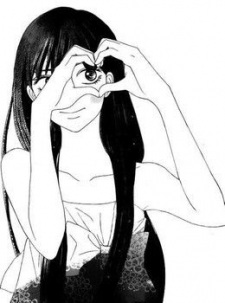 Avenger-senpai Jul 22, 4:13 PM
Just watched A Letter to Momo, didn't really like it unfortunately : / Those youkai were too troublesome! Art style was great though, reminded me a bit of Ghibli films.

Nah, there's no unpleasant scenes in Ghost Hunt. Just think of it like one of those shows on TV involving ghost hunters, except with actual ghosts instead of fake TV.

Oh I know what you mean lol. A genre like Horror can be pretty draining (most of the shows in the genre aren't really scary either, just violent/messed up). Wish there were more mystery focused horror/supernatural shows.

Those are nice genres, you'll have a good amount of shows to enjoy from them! Not sure if you'll like them but here's a few you might enjoy: The Rose of Versailles is an old romance anime (aired in 1979!) but it's pretty good once you get used to the dated art style. Arakawa Under the Bridge is also neat if you're into RomComs. Nichijou and Azumanga Daioh for some wholesome slice of life comedies.

Hotarubi no Mori e was great, watched it back in 2013. Though it sucks that those supernatural being x human relationships don't have the happiest of endings. My tastes are all over the place tbh lol. You're fine haha, always neat to have some fun/interesting convos!

Avenger-senpai Jul 21, 5:11 PM
Well Ginko seemed to believe that after going through the tunnel too many times they'd end up merging with the mushi. So I guess they'll die eventually in that manner, unless she can break away from the loop somehow.


Eeeeh~ but isn't most of a temptation is cruel? because... it's tempting? lol. (〃 ω 〃)
Hmm, well this time it was extra cruel lol

This one has some more lighthearted moments I swear xD I wouldn't say it's as good as the other ones (main character can be a bit naive) but some of the stories are great. I do seem to prefer the spookier, more serious/dark toned stuff in regards to supernatural/horror but the heartwarming stuff like Natsume and Spirited Away is great as well. Nope, I haven't watched it but I'll give it a look soon!

Hmmm, my favorite genre would probably be mystery. It's interesting enough on its own and goes well with other genres like supernatural, psychological and horror. It can be fun trying to guess what the cause of a conflict is or the identity of a culprit. It definitely makes horror anime more interesting. Which one is your favorite?

That sounds super comfy lol. I guess a good thing about this heat is that it makes cold water feel great while trying to cool off.

Avenger-senpai Jul 19, 7:14 AM
No worries! Yea the manga was completely adapted, sucks that there's no more to see of Ginko's journey but at least it was longer than Mononoke lol.

Oh damn, I had to rewatch the ending of "Fragrant Darkness" since my memory of it was fuzzy.

He couldn't bear the thought of living without his wife, especially after he had finally broken free of the loop and was able to experience new memories with her. Since he realized her injury was too severe, he willingly went through the tunnel with her at the risk of merging him with the Mushi. I can't say for sure if the "loop husband" is no more / absorbed but that's what I assume happened. That might be the reason we were shown the perspective of the wife at the end (since she got taken through the tunnel) but none from the husband. So the boy she ends up marrying is the "original" husband which never experienced going through the tunnel / repeating life. That's just my take on it though (time travel/parallel universe stuff is confusing as hell lol).

She won't die since she's stuck in the loop now (which explains why he took her with him through the tunnel). The tunnel mushi will probably lure her sometime before the event that caused her death. It's definitely tragic, the guy was finally able to break free from the loop but then, shortly after, his wife suffers a fatal injury. He knows going through the tunnel could mean the end of him but he still does it in order to save her. Ironic though since at the same time he's cursed her with becoming stuck in the loop.

Still, it seems he hadn't completely escaped the tunnel mushi's influence since it lured him to the entrance while he was trying to save her in time. It was a rather cruel temptation to offer someone in such a desperate state of mind.

The eternal tree episode was pretty good yea! Crazy how it sacrificed itself for the sake of the village by letting itself get cut down. Even more crazy is how the guy has all of the tree's knowledge and memories spanning hundreds of years!

Glad you liked it! Hmm, you might also enjoy Ghost Hunt. It involves a priest, shrine maiden, psychic, monk and high school girl teaming up to investigate paranormal activities. Yes, it does sound like something right out of a joke lol. It's neat though! Definitely has its creepy moments. I'm also open to recommendations if you want to send any my way!

Thanks for the hydration tip as it's been hot as hell over here haha. Autumn needs to get here quicker >_> Stay hydrated as well and have a bueno day!

MeZaDefined Jul 14, 12:14 PM
It’s all good. I use the app mangareader cause it has a lot of good mangas to read since I’m just starting to get into reading manga. But I’m trying to find one that used the MAL lists cause I want to be able to track my manga reading progress easier then just doing it on say the notes app on my phone

Avenger-senpai Jul 12, 12:49 AM
Oh I looked through the S1 wiki/episode list to refresh my memory lol. I also rewatch the show about every 2 years (same with Natsume Yuujinchou and Mononoke).

Yea the show can get pretty creepy. It really is a horror anime to some extent haha.

I think the explanation for Ginko wearing modern clothes was because the author originally envisioned the story in a modern setting. Though I'm not sure why she didn't change his clothes as well after changing the setting to the Edo period lol. I guess we can assume he gets them from a foreign trader. Maybe in the world of Mushishi, Japan has remained an isolated country all the way into the modern era.

Natsume Yuujinchou does use warmer colors that make it look more lively. Mushishi goes for a more "realistic" art style with darker colors that fit with the more serious tone of the stories. The same thing goes for the music of both shows. One has a more cheerful/hopeful soundtrack while the other is mysterious and somber. I never really thought about it until now. They're basically the day and night of the Supernatural genre.

Avenger-senpai Jul 10, 10:14 AM
Nice to hear you like it! Yea there are a good amount of stories with sad or neutral endings since usually interactions with the Mushi do not end well for people. I think my favorite ones of the first season were the "One-Night Bridge" and "Eye of Fortune, Eye of Misfortune" where the blind woman had a mushi in her eyes that let her see. When her "eyes" came out, that freaking scene lol. The one about the spores was crazy! Felt pretty bad for the parents. I loved all of them, but I think the one with the traveling swamp was kind of weak if I remember right.

Though my favorite one out of all the episodes is "Fragrant Darkness" which is from the third season (Mushishi Zoku Shou 2nd Season).

It's got a nice wholesome vibe and, although it also has some pretty sad episodes, it does a better job at balancing them out with the comedy and good vibes from Natsume's yokai and human friends. I think I prefer Mushi-shi since it does such a great job at story telling, but yea it does have some downer episodes without a bright side to them lol.

Avenger-senpai Jul 3, 11:10 PM
Yea the horror in Mononoke was great. A good blend of mystery and a creepy atmosphere, the art style was also pretty unique.

Ah yea the seasonal/weekly anime grind, been a while since I did that myself. I've had shows on my currently watching that have been there for a few years now, don't even get me started on my plan to watch list lol. Hope you enjoy it whenever you check it out!

Avenger-senpai Jul 3, 4:11 PM
No problem! It's pretty good yea. Well the MC travels around solving cases involving the Mushishi (the show's supernatural element) so in that sense it's more similar to Mononoke except without the horror.

It's a relaxing show with a great atmosphere and setting. The Mushishi themselves are treated like a natural phenomena so the supernatural element is different than Natsume Yuujinchou's and Mononoke in the sense that it doesn't involve the traditional ghosts, demons, deities, etc.

I suck at explaining shows but I definitely recommend giving it a try lol.

Avenger-senpai Jul 3, 1:35 AM
I see you're a fan of Natsume Yuujinchou, Hotarubi no Mori e and Mononoke! You should definitely check out Mushishi sometime, another great supernatural anime.

The characters are from video games.
Left one is Link (Legend of Zelda)
Right one is Ezreal (League of Legend)

TONY2Phones Jun 27, 3:19 AM
ahhh, nice to know i found another friend i can laugh n joke with

TONY2Phones Jun 27, 2:23 AM
my apologies then. i am a part time spokesmen for the brand GUCCI. we defend their honor & bless the fashion threads. now for the GUCCI prayer.