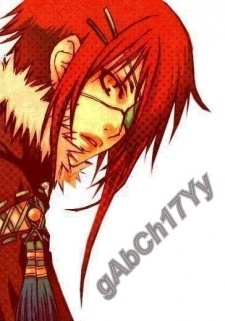 You could, but the anime is still finishing up Dressrosa. The anime is kinda catching up with the manga.

Who knows? Maybe some will be changed since it's been awhile since it aired. I think I'll get into it when it gets the remake.

Especially with all those bankai. I'm looking forward to the all new bankai being animated.

Okay, fine. :P If you get into it, your journey with it will be filled with mainly laughter!

They already did when Lucy's celestial spirits turned bad, and that was kinda long too. Still, the anime caught up with the manga. I thought it was nice the anime ended where it is now. Gives more time for the manga to get ahead again.

I won't spoil it for you, but Oda really knows how to make things crazy.

If they return, I think it'll pick up where it left off. I hope they do. The manga has some crazy stuff.

Those are like all sports anime. I'm not really into sports ones, but I think One Outs is good for a sports anime.

The anime is a bit different. Manga is better than anime. I cried a few times and it's a shoujo manga. I can't find the manga on this site. :p

It's not that bad. It's better than Dragon Ball GT and it's actually written by Akira himself!

If you can get past maybe 10 episodes, it becomes great from there. Surprising, it's number one on MAL. Not sure if it deserves to be number one, but it's a top television anime for sure.

The anime is catching up the manga again. I think the anime needs like a year break again before the manga can get kinda far. It'd be in the same arc as the manga if things kept going. The anime had fillers too. Even having them, the anime still managed to catch up with the manga.

geemaa Apr 3, 2016 12:53 AM
She looked like she didn't age. Even Shizune looks good. I wonder if Tsunade taught her how to stay young or Shizune did something on her own.

You should really read the manga if you can. It's really awesome. Things are just getting crazier now.

They may redo the whole anime like Hunter x Hunter, which is cool.

I think Bleach is coming back. Just don't know when. So much crazy stuff going on in Bleach right now.

I've seen that title before. I remember seeing manga of it when I was younger. I may look into it sometime with the manga first.

That's how Gintama is airing. It goes away and comes back. Gintama is popular, so it comes back every time. I watched Ouran High School Host Club. It didn't animate all the chapters, so I had to read too. I know what you mean. Naruto is still going at least, but they're going hard with the fillers. Fairy Tail just ended again, but I think they'll come back like Gintama.

Two years is somewhat of big change for everyone in One Piece, especially the Straw Hats. Everyone had to get stronger before they can travel together again.

D. Grayman is getting an anime again. Might be a good time for me to get into it. Dragon Ball is good, but the scans could be bad. I read some of my Dragon Ball chapters at a bookstore, which were much better quality. You know, I wanna buy the manga some day.

geemaa Dec 17, 2015 11:51 PM
Naruto looks weird as an adult for sure. Hokage have a lot of responsibility. Naruto couldn't become Hokage right away. Which is why Kakashi was the next Hokage after Tsunade.

Sanji has been with guys for two years lol. Chopper looked liked he didn't age at all. Nami looks a bit more more mature. I think Robin looks weird in her time skip. Zoro is definitely cooler. He looks awesome with the one eye thing, which I think has developed into a similar to Hawkeye's very own eyes.

I might get into reading them then. It's been awhile since I read something shounen like. I've been reading seinen stuff for awhile now, which is usually darker.

geemaa Dec 11, 2015 4:03 AM
Ah, yeah, you have a point there. Well, I'll still wait to watch it since I somewhat care for the quality. It's interesting to see them grown up, but they look weird as adults too lol.

I prefer the manga, but that's just me. If it weren't for the manga, I'm not sure if I'd be into One Piece. I actually like the time skip.

I'm not familiar with some of those titles, but Pandora Hearts is a good read. I finished the manga not too long ago. I've been keeping up with Bleach. Chapters are short as always.

geemaa Dec 7, 2015 6:07 PM
I couldn't wait for the Last Movie since it was about Naruto and Hinata. I could wait for this one since I don't really know much about Bolt, other than being a troublemaker too lol.

The way Oda is pacing it is amazing. Try to keep up with the manga if you could have one of them.

Yeah, not really shounen. It's seinen and is a pretty depressing manga lol. I put it as my number one favorite manga, so that says something. I haven't gotten into that, but a recent good shounen I read is Your Lie in April. It's most likely not like what you're looking for, but other than being shounen. It's faster to go through that than Oyasumi Punpun.

Sounds like you're getting a lot of things in life done. That's really good. But your manga stats are still very high. If you need a really good manga to read, try Oyasumi Punpun. It's an amazing manga. I read the whole thing in like a month, but you can read it a whole day if you're serious. :]

If you read the manga, Luffy just beat a really, really strong enemy. If you look the favorites gap between Zoro and Sanji, it's really big, and Sanji is supposed to be the third most popular character in One Piece. Law isn't too far from Sanji. I prefer Law.

You know, video games. How about you? :P

Maybe Zoro gained a similar eye like Hawkeye's. I'll still say Luffy because he's the one who beats the strongest main enemy in each arc. Yeah, Sanji automatically loses to women, ha. He couldn't beat that woman from the CP9 group.

I has to be. There's a reason why his eye his closed. The other alternative is that he lost his eye. I think it's a developed eye like his master's. Still think Luffy is stronger. Zoro beinig the second strongest suits him fine.

I'm sorta like that too, but sometimes it'd be only around that time to do stuff I like.

Maybe he's training to make it become like Hawkeyes. I think Luffy would've won that time, but barely. Zoro has been around the New World for a while, but he's definitely holding back.

This arc is the longest one and the best one. Really hopes it comes back.

Yeah, squeeze in time here and there. Got 15 to 30 minutes break? You can watch an anime episode or read at least two manga chapters.

Zoro's eye is making me wonder what's going on with it. Luffy is really awesome. He got really strong over the two years.

geemaa May 27, 2015 6:51 PM
It's understandable that Japanese audio is hard to get a hold of. There's also another sequel to the movie.

Yeah, you just said it. Don't forget Nel too, and she seems stronger too. Maybe more than Grimmjow.

It sounds like you really get busy. I somehow find time for my hobbies, no matter how busy I am. Just gotta know how to squeeze in the time.

He's funnier, I think. Chopper didn't feel like he changed physically. Well, he always transforms, so that doesn't count. Zoro is definitely cool. I haven't seen him really struggle in the New World. The time he drowned was kinda cheap.
All Comments