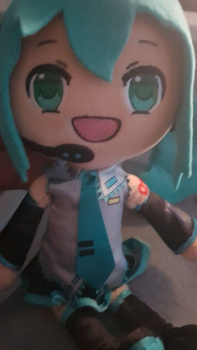 Sleepy_Totoro Jun 23, 9:26 AM
Yep eoe ending was somehow really realistic for me, I kinda 4.0 ending was too good to be true, but yes I think it's ending Shinji truly deserve after so much suffering, mari is real interpretation of anno's wife since she is the who pulled anno out of pit of depression, yea "everything returns to nothing" pretty much nihilistic philosophy

DOSS215 Jun 9, 5:21 AM
Oh yeahh for suree, as I said before in another comment section, I just think the Rebuilds are a worthy addition to the series. I never thought of them as a replacement to the OG series and EoE, they were always more like a compliment. The OG series and EoE were about taking care of yourself and not running away from your problems. While 3.0+1.0 the way I see it is far more about growing up and maturing in order to be there for others, which I think is a great message to leave the series on.

Also, I'm just letting you know, that I recently just made a forum thread talking about Evangelion's use of visual motifs, symbolism, subtext, and etc. here: https://myanimelist.net/forum/?topicid=2020103

DOSS215 Jun 8, 7:30 AM
Hey bro, I noticed you also have Evangelion as one of your favorites, along with other works from Hideaki Anno. I also noticed you rated the Rebuilds pretty highly, fanbase is pretty divisive on them lol. But I liked all of them. It would be great if you accept, its always great to talk about Eva, there so much to unpack

Sleepy_Totoro May 9, 1:19 PM
Yes, anno is making Shinji as his own representative, he protays Shinji's depression as his own, the time anno made evangelion wasn't really great for him hence it's shown in anime, but in 4.0 it symbolises how anno became happy with his wife, what can be seen through mari(design is also similar) and I too have that feeling of irritation and screaming out of anger, but I don't think it's applied that mari becomes Shinji's gf, as she didn't have any effect on Shinji or she never had a good talk with him, it would be better if we knew more about mari (in manga she's same age as yui(16)) and bless anno indeed

Sleepy_Totoro Apr 26, 3:38 PM
I kinda don't get how that loop theory connects with each other Like
Shinji comes out sea of lcl > chokes Asuka >then what? How does new loop begin? And the imagination part is quite Same as Pokemon theory like ash is in coma, I don't think it's true
4.0 was really uplifting I was getting sad because Shinji didn't stay what he was he decided to find his own happiness, I'm still at Shinji's age also my b'day is coming soon so it's gonna bad that I won't be able relate to Shinji Anymore :/

Sleepy_Totoro Apr 26, 2:16 PM
Do you think evangelion rebuilds are direct sequel to the classic version? If you know about the time loop theory

Btw do you understand evangelion?

Neimaj Jul 3, 2021 10:52 AM
Also Love Daicon III & IV. The greatest thing Gainax ever made with the song Twilight by ELO. An ode to Otaku culture.
All Comments