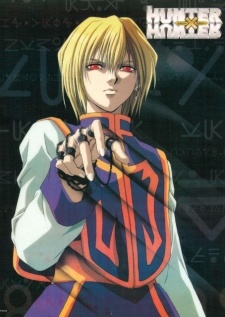 GoldenDevilGamer Jul 4, 2016 10:26 AM
Meeting more people with similar taste is always good, so friend request accepted! Gintama's pretty hard to compare it to other anime because it's unique. It's comedy is somewhat similar to Danshi Koukousei no Nichijou, but Gintama's more parody heavy. I never watched Bleach so I'm not sure if I can compare it to that. But Gintama's got some really good action sequences, though the series is more comedy heavy than action heavy. The serious episodes only make up 30% of Gintama. I guess I would compare the fights to Samurai Champloo (because they're samurai characters). It's my favorite series though and I've never laughed so hard while watching anything else. Gintama's known to have a slow start and the first several episodes are quite weak when compared to the rest of the series. It's worth checking out, but don't expect much from the early episodes. And the first two episodes are filler and they're pretty bad, so you can skip them.

Yeah, Fate/Zero's so good, especially the second season. Kiritsugu's backstory was so well done and yeah, I can't wait for Heaven's Feel. I've only played the Fate route in the VN. My Hero Academia was a lot of fun, and I'm happy that it's getting a second season! Re:Zero's really good too. Summer has a good lineup, like ReLIFE, Mob Psycho 100, Orange, and 91 Days.

Haha, glad you arrived on my profile.
Agreed, FMA: Brotherhood is truly an outstanding anime. The way they handle its characters and world building, very few anime are able to achieve that. I remember I ended up rewatching that series just after I finished it. I needed to experience it again, lol. I guess it was Death Note and Cowboy Bebop that got me into anime.

All is fine here I guess. I was pretty busy last month, but now I have more spare time :D

If u got any seinen ecchi recommendations let me know :)

AussiePika Apr 24, 2013 9:19 AM
Yeah, I finish Banjo Kazooie which was just a amazing game, I even remember that part when you fed the bird in the seasons world and it would grow up and then fly away. ^-^

I can't even explain how I beat it.. I was like 2 masks off to trading in to get the Fire Deity mask or whatever, so I had to solo the boss without it. God, that was the hardest gaming moment I had in my life, since I was like 8 or something when I finished it. :p

I saw a "fan-made" remake of Majoras Mask which was on youtube, for a minute I actually thought it was real.. but it sadly wasn't.

I've finished both of them when I was younger. :p

Zee530 Apr 16, 2013 8:37 AM
W-w-wait, so are you saying Kurapika never appears in the manga again? how many more arcs are there after CA anyway?
All Comments