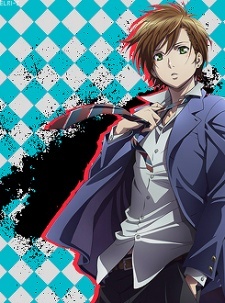 midnightblade Mar 16, 2014 11:11 PM
Wow you really liked Blast of the Tempest alot huh? I remember I only picked up/knew about the series because my then college roommate told me this series had a bunch of Shakespeare references (I had taken a college shakespeare class a couple of semesters before the show aired) so I had fun trying to place some of those quotes and remember what exactly happened in The Tempest.

In the end I thought it was solid, but not extraordinary though..

I agree with you on FMA and Code Geass.

I thought Clannad was way better than I expected it to be honestly, I even think the first season was very solid despite most people holing the 2nd season in the highest reguards (especially episode where he breaks down). I guess the 2nd season was more of very serious and focused events for the 2nd half of it were the highlight. But I just really liked the sort of SOL aspect of the first series, I loved the different character personalties and Sunohara in particular, he was great.

VERY GOOD POINT about people nitpicking about minor logic flaws in anime on this site. I see that way too much for SAO, even for series like Code Geass. People get so absorbed with wanting an anime to be as realistic as possible that they can not even accept some sort of drop in logic. Isn't the whole point in watching anime to watch something entertaining and unique enough to do things that can't be done in real life? A lot of people on MAL remind me of movie critics with sticks up their asses everytime they rate 99% of movies, they can't accept anything less than "perfection" in their own eyes.

Zalis Jan 21, 2014 11:34 AM
The AnoHana movie doesn't come out on DVD/Blu-Ray until March 5th, so you probably won't see any subbed versions until then.

Diogo_Brando Dec 30, 2013 10:19 PM
Yeah, I completely agree with you, there are anime that have flaws too big to ignore, but attacking or hating an anime because of a small plot hole or something you didnt really like is just stupid. I see that alot with Clannad nowadays TBH unfortunately...

Diogo_Brando Dec 29, 2013 11:53 PM
"I feel bad for people who knit-pick at an anime's plot hole and force themselves to believe the anime is bad because of this one plot hole."

Probably the best thing I´ve read in a long time! People who watch anime to find flaws and like to hate on them because of that should learn how to watch anime. BTW, awesome tier list!

I'll definitely check it out again though and let you know my thoughts on it.
You never know, I might just end up loving it.

DeusAnima Nov 7, 2013 12:57 PM
Finished up Clannad After Story and thought it was really good. Disliked the ending though.

I remember watching the first episode of Kokoro Connect. I never picked it back up. Would you recommend it?

What anime have you been watching recently?

BallsOfShinji Nov 1, 2013 12:06 PM
Me I love both equally and FMA Brotherhood is only better in two departments.

The main antagonist and, this is affected by the earlier, the ending. The ending in FMA is weak due to the build up rather than the lack of "everyone lives happily ever after" factor. Don't get me wrong I liked the ending but tit was the main antagonist that made it far inferior to Brotherhood.

I also saw the Original and it made me fall in love with anime.

BallsOfShinji Oct 29, 2013 4:52 AM
I see that you have both versions of FMA on your favourites. Which do you think is better?

I personally enjoyed Brotherhood more than FMA but did not like it as much.
FMA while possessing less shounen DBZ battles than its counterpart, really made you think about some dark themes. It got very serious which made me fall in love with it.

Brotherhood is still very good but I felt like there was a joke that ruined the mood every 5 minutes.
They just made FMAB a lot more viewer friendly which was probably a safe bet for them market wise but I still really regret that they did so.

DeusAnima Oct 25, 2013 10:08 PM
I was so disappointed with the Nina arc in brotherhood.
The original FMA was one of my first anime, it led to me loving anime with dark atmospheres. I can't even remember which one I prefer, I think I might have to rewatch the original.

Also I was wondering what you thought about FMA's ending. I always thought the gate connecting our worlds was kind of clever but 90% of FMA fans hated it and preached for brotherhood. I never understood why.
Would love you hear your thoughts.

DeusAnima Oct 25, 2013 2:13 PM
Hey, was wondering what your thoughts were regarding FMA vs Brotherhood.

I personally loved how dark and seinen FMA was and was disappointed that Brotherhood became alot more PG-13.

JTricks Jun 19, 2013 3:14 PM
Just dropping by because of what you wrote on a thread about dropping anime. You said "I also dropped Katekyou Hitman Reborn! years ago because it was AWFUL!!!!!!!!!!!!!!!"
You got to episode 20 and EVERYONE considers that first 20 episodes to be filler-ish, comedic relief, character development. When the plot finally (Episode 20 or 21), Reborn! just gets way better. Every, arc it gets better. At least finish the next arc and decide if you want to drop it.

If you're looking for an anime to watch and reduce your dropped list, I HIGHLY recommend finishing Katekyou Hitman Reborn!

Have a Good day! Hope you reconsider =D