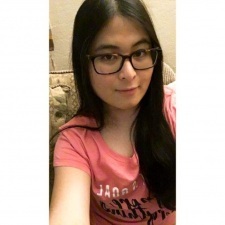 Hints- I read it on Mangarock, There is a professor and The professor dies in the end.
Please help me find this manga.Also there is this one moment the girl falls asleep drunk and a girl is trying to seduce the boy but he can't move.

Intelos Jan 31, 2018 2:45 AM
Wow, thanks so much! I must've spent around 7 hours on that review so it's great to see that people are finding it helpful to get into the wonder that is Tsuki ga Kirei. Honestly, the show isn't getting as much attention as I think it deserves.

Nice to see we have quite compatible favourites too :D

XxThageXx Sep 20, 2014 12:09 PM
I finally got around to reading the last volume last night. I have had it for several months, but had to work myself up to read it. I pretty much knew what was coming, but I didn't want the angst. I however disagree that it wasn't that sad! I was already crying from the beginning of the volume, because I knew what was going to happen. When it finally got to the death scenes I was bawling. Especially since Hikitsu is my favorite character! At first I was too worked up over Tomite, then they got to the part with the arrows in Hikitsu's back and the flood gates poured!

Though the touch with Feiyan coming back and taking out Ziyi was interesting. It was just one page, but it made me wonder about those two XD As for the overall ending I like how she put them together in death. Although it was a long time since Uruki died years later. I became very attached to this series and I hate that it ended so soon. Looking back though I don't think I would be anymore prepared for reading the ending, than I was these past few months.

admiralbaka Jul 6, 2014 4:50 AM
Ah, sorry about the late response but yes! I love the series and I'm waiting for Byakko Kaiden next year. Good to know there are a few of us still around!

itami2 Apr 14, 2014 2:53 PM
Hey! Noragami was really good. I highly recommend it. It had a good mix of action, humor and drama. Very nice. Was really emotional and i got teary eyed a few times. I don't know how different the anime is from the manga but im sure that they're both great.

itami2 Mar 23, 2014 9:51 PM
Ohhhhh man i remember seeing that series on the list of new anime and re reading the summary i really wanna see it now. Probably get around to it in a few weeks. Once a few of my Ongoing series complete and i get some more time on my hands.

Yeah after watching the new animation and seeing how crisp and clear they get it, i find it really hard to watch the older series with the older animation. Its just me getting spoiled by the new tech though.

I thought that Future Diary wasnt too bad. Yes Yuuki is a crybaby and pretty pathetic, but he was balanced out with the extreme nature of Yuno. The flip of the typical gender roles arent something new but taking them to such extremes was cool. Like you hardly ever get to see a male lead whos that weak and useless, or a female lead whos that devoted going so far as to the psychotic. Its just that ending...that ending... Haha Sorry im not someone suitable to giving reviews on anime. I can't tell you about the plot holes or inconsistencies and such. I just wanted to give you a little more about why i enjoyed the series haha. I just watch what interest me.

Its been so long since ive seen Memories that i may just watch that again before i watch melodies. We will see haha

itami2 Mar 21, 2014 10:07 PM
Oh i havent seen the last movie of his yet. Based on his track record though its gotten alot of hype and im looking forward to it. Ive seen the desolation of Smaug. Was really cool. Im not a huge hobbit fan though. Was neat none the less. Ive never heard of About Time, or Book Thief. like at all. And you are like the only person that has yet to have seen Frozen. You really, really, REALLY should. The songs will be stuck in your head for days!

Kimi ni Shika Kikoenai. Oh man my sister bought that manga a looooong time ago and she just gave it to me. Don't think ive actually read it. Ill have to do that sometime. Ive looked at your recommendations and will try to get to them but not not a huge Manga guy. As im sure you could tell by my stats haha.

Future Diary was really nice. Not a huge fan of the ending though. Really didnt like the ending. Felt like a cop out. I dont know...other than that it was great.

Ef a tale of melodies is still on my list of stuff to watch. Probably higher than Mushishi. Think ill get around to it sometime soon. I really liked the first series so im looking forward to it.

Hope all is well with you. Take it easy man.
All Comments