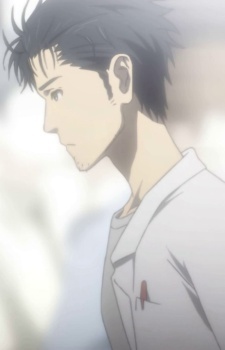 jams Jun 2, 2017 3:27 PM
I find your DeDeDeDeDe review very interesting because all of your complaints come from a dislike of the point of the series. I can see how lack of focus on the larger scifi story going on could be irritating if that's what you wanted from the story, but I find the characters and their struggles so fascinating.

Xenocrisi May 1, 2017 2:56 AM
I think you should give another chance to DeDeDeDe, in the latest chapters there's the plot you wanted to see

E-bay had to modify their business plan/approach to survive throughout the years. Can't really blame them. (Trivia: our e-bay here doesn't quite work the same way as the international one does. Somehow people are getting away with not compensating e-bay itself because they're just sort of just advertising their wares. ~,~' My american uncle was aghast when I told him about it.) Anyhow, your postal and courier services are very likely more developed, safer, and significantly cheaper than ours.

My previously mentioned uncle and my blood-related aunt heavily use e-bay to buy and sell antiques. I heard about the (concept of) box lots from my mom who accompanied them to a physical auction during her short stay with them.

My younger sibling provided tech support before, mostly via phone calls. Apparently, it was a frustrating job. =,=

How do you motivate yourself when you're feeling lazy? o,O

P.S. Somehow 2 weeks passed instead of the usual 1 week before I logged into MAL again. ~,~'

P.P.S. We watched Interstellar and Big Hero 6. :B

I'm slightly envious that you have the e-bay (online shopping) option. (I remember having a bit of fun doing that while I was vacationing at my aunt's in NC a few years back.) Courier services here are relatively costly so a fair chunk will just be going to shipping and handling if the item isn't expensive enough. I'm better off buying directly from computer shops for small (easily hand-carried) items. I also won't have to worry about delivery delays. In all cases, it still boils down to the lack of sufficient funds. =,=

Unlike my siblings, I never did get the hang of tinkering with computer hardware. I could figure things out eventually, but that usually involves a lot of frustration, haha.

It's sad when you have this great idea, but the reality of the implementation doesn't match. You have all these nifty features and mechanisms, but then you realize that the whole thing's going to be too slow to be usable so you make the painful choice of removing/sacrificing a few parts here and there to make it viable. The result then might no longer be as appealing. It works, but it just won't be the same as that starting concept that inspired you in the first place. :( *sigh* Anyway, good luck, good luck. ^^

AJAX isn't being employed very well by this website. We could be modifying several entries in our lists before updating all of them in a single transaction, but no, we have to update them one-by-one. ~,~' Oh, well. The thing with lag issues is that if it's not one thing, it would be another. (That's probably why irrational suggestions, that borders on sci-fi/fantasy, like this one sprout from time to time.)

It sure has! >,< Was "offline" for around three months due to a motherboard problem ... which is still there. Money, money, money. I need a bit more of it, haha.

Unsurprisingly, the year is about to end and I'm still stuck with mere plans for my website. It has become even more simplified (in my head) than when we last exchanged messages, not that I ever really mentioned anything substantial back then. Oh, well. Hopefully, I'll put something up soon. That port of the old dos game Greedy is becoming a bit dreary for me. My friend also told me it hiccupped on her some months ago, but she didn't take a screenshot so I only vaguely know that it has some kind of rendering bug.

How about you? Anything nice/bad happen to you all these months? ^,^

I was wrong! ~,~' Wouldn't have denied it if my notion of a blanket statement (which was what I was thinking of since I'm not sure what umbrella statement really entails) had not been mistaken. I thought it only covered generalizations that pretentiously encompassed other people's opinions.

I recognize that reviews can help people determine if they will want to experience something. Unfortunately, there are no reliable indicators (in MAL anyhow) that separate non-spoiling articles. Yes, the "all reviews are potential spoilers" is a cowardly "better safe than sorry" stance. Being a purist, I avoid visiting wiki/db info pages when possible. A bit extreme, huh? Heh! This is something like safeguarding a "first kiss", but a lot more ridiculous. *lol*

Even if I weren't a digital p- *cough* *cough* and solely watched anime on local tv, cable, rental discs, theaters, or in friends' houses and read manga by borrowing them from libraries or humanoid acquaintances, I would still just go ahead and see something for myself instead of consulting popular or expert opinions first.

This is different from buying a house and lot or investing in a new vehicle. I would like to know about the neighborhood, how far it is to the highway and rail transit stations, and pertinent projected living conditions. I would like to know if the machine is a gas guzzler (if it even uses gasoline and isn't actually solar powered or uses fuel cells) and the maintenance cost, etc. Consumer reviews are a big help in those kinds of cases.

Maybe the deal breaker is money, specifically the relative amount. Even if I were buying anime and manga, it's significantly easier to resell those and not so tough to part with them as gifts. I can't claim the same for a car/van/cycle/house/condo. ^^'

Metal-Grip Dec 19, 2013 12:30 PM
Oh that part :P Well those parts are indeed slow and I must admit the other episodes were much better than that. If you want to see how slow episodes should be done, try watching Monster. It is infamous being long and slow-going, but it is a very rewarding series, I guarantee it

Metal-Grip Dec 18, 2013 11:05 AM
I thought the pacing issues were countered by the good use of comedy in steins;gate lol- although it was a little bit too perverted xD

Metal-Grip Dec 18, 2013 12:58 AM
Yeah that was very good as well. I just didn't like the long extended arguments in the middle.... the pacing was a liitle out there

I honestly don't get it. For example, "all squares are rectangles", right? What's wrong with that? ~,~' (Umbrella statements are bad, but I don't recall making one.)

Oh, well. Reviews are always a potential spoiler for me. I don't think I made the mistake of claiming that that's true for everyone else. ^^ Ah, let me amend. "Good reviews are..."

Hmm, does the abuse averted by disallowing bbcode in reviews outweigh the good?

PM didn't work either. I eventually hypothesized that the specific "security rule" had something to do with my posting a large amount of text. Would have been more logical (though still nonsensical) to CAPTCHA me every time rather than outright block me when I'm already logged in. :(

Anyway, I'm back, but none too happy that my time off from MAL didn't do as much as I wanted for my backlog. I'll be putting back the oldies back in the on-hold section. Mock grumble grumble. *lol*

Seventh attempt. I should have checked this first, but this obvious test didn't occur to me while I was sleepy. Let's see if a direct post on your page won't trigger the problem.

That didn't work. (If it had, I could have deleted the other four.) That got me blocked, too. (One of the earlier attempts was via PM.) Sigh. For now, I'm only certain about being able to post comments that are around 1 Kb in size.

Oh, well. On the bright side, frustrating events like this will help motivate me to work on my website. :P