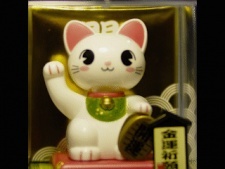 Coolspot Jan 5, 2019 11:03 PM
I like some classical music mostly like edward elgar, and Vaugham williams. I am mostly into folk rock and easy listening music. Like we five you were on my mind or it never rains in southern California. I also like some Japanese Pianists like Keiko Matsui. Have an reccomendations for Japanese classical piano or fusion?

bakashimizu Oct 14, 2018 8:06 AM
Hello fellow Robotech fan! Nice to see that there's more old-schoolers around MAL than just me. I spotted your comments on Coolspots profile. I cut my anime teeth on Robotech as well as some older titles like Gigantor, Astro Boy, Speed Racer, Battle of the Planets (Science Ninja Team Gatchaman), Space Battleship Yamato and whatever other extremely limited titles that I could find in the States at that period in time. Have fun watching One-Piece. I'm glad that you take time to really enjoy watching your titles.

Xanmur Dec 31, 2016 1:08 PM
About music, if you don't like 80's pop. Imagine what it was like during the acid/techno movement when it first begun in 1988. Parents were sending people to psychologist just because their kids love listening to acid music. Also the media was very curious about it. It was also labeled as music for drug addicts. There was lots of backlash against acid and techno then from older generations. Also people who just got into acid music then thinks that even 80's pop is outdated even in '88. The typical 80's pop fans also disliked acid.

The reason Japanese music isn't popular for young people back then was that it was too soft and slow paced. Many young Europeans love intense, lyric less, and fast paced beats which is the opposite of most Japanese music. So it would sound old fashioned to the young. Also anime in Europe is usually targeted to under 20 people. In fact the 80's and early 90's ravers would even laugh off at Japanese music. Also rock was not popular in Europe unlike in America and Japan. The only people with higher chance of loving Japanese music would be generations older than 80's.

The one thing I love about today's generation is the excellent graphics in computer games and the Virtual reality techs. I would prefer this over 80's and 90's games I used to play.

Xanmur Dec 26, 2016 4:08 PM
I don't think storyline is the #1 thing that turns me off about anime today. Although it is part of why I don't like anime today. The main turn off is the drawing style and the excessive computer use for animation. Its just too different from what I'm used to seeing when I was little since I grew up on 80s and early 90s anime.

Well, when I was little, anime was on two French channels. One was called "La Cinq" and the other was "Club Dorthee". I remember watching anime right after school. The most funniest day for anime of the week was usually Saturday. That was when anime was going on from morning until late afternoon. After that it switched to "Complex adult shows". Back then, anime was somewhat popular in the Francophone. But I do know that the fandom was much bigger than the US back then since French toy stores sold plenty of anime stuff and book stores sells tons of manga. Also, the Francophone countries is where anime is the most popular outside of Japan. In France, anime and manga is the norm since the 80s. The same goes for Italy. Its also popular in West Germany and Belgium. Even though anime is more popular than the US in France, its not ultra popular since there are still plenty people who don't know about it. Its just that anime entered the mainstream in a way. I do remember Nausicaa too, my parents rent it for me to watch then. Though my memory was vague since I was like only 3. The 80s were soo fun. I should've been a teenager then not some little toddler.

Music wise, as someone who started life in the 80s, I don't feel connected to music before then. Even though my parents were playing lots of Vietnamese and French 50s nationalistic and war songs. I always see that music in the 80s were soo much better than war songs and nationalistic music. So I grew up with listening to Italo-disco, 80s eurosynth, acid, techno, trance, and 80s eurodance. When the 90s starts, I listened to Eurodance, 90s acid techno, trance, and minimal. I'm the kind of guy my parents thinks I'm weird since I'm listening to what they called odd music. Even 80s music to them is odd. Though, I guess my music taste is quite different than yours. In Europe since '89 we have techno rave events called Love Parade and Gaia. Its pretty popular there and is usually very crowded. These events takes place on the streets not indoors and the music is usually super loud. Electronic music is very huge in Europe unlike from what I heard about the US. So you might see anime music videos combined with techno music often there. I've been raving with techno since the late 80s which was when the acid/techno craze started. There was also a German techno channel that started in '94 with super awesome 3d graphics at the time. There's even a fashion style for acid/techno fans back in the 80s and early 90s. It looks nothing like the typical 80s clothing btw.

I might check out a few new anime, but I will only try out Mobile Suit Gundam Origins. Oh, and by bad apples, I talking specifically about Naruto, Inuyasha, and Cowboy Bebop. The main turnoff for me is the drawing style though. If it was 80s drawing style with today's graphic, I will be more than happy to watch it.

Xanmur Dec 26, 2016 9:49 AM
I hated current anime with a passion. I usually only stick to late 70s until the early 90s anime. Not only do I watch anime, but I draw them too. Check out my deviantart profile on the "Also Available at" section on my page. To be honest, I haven't seen much modern anime, since it hurts my eyes when I see one. I'm not liking the style anime artists used today. I prefer 80's style since those styles are the most beautiful and complex of any decades combined. It was also the golden age of anime I agree. The thing about the 80's is that it was the time of my childhood. I was introduced to all of these anime on TV from Robotech to Kimagure Orange Road and by 91', I was enjoying Bubblegum Crisis. I feel that my childhood was really great since I was born around the golden age.

Also, unlike in American anime fans, European communities already have channels dedicated to anime by the 80s. So, I've seen quite a bit of anime in my childhood already. By 96', I stopped watching current anime, since I was dissatisfied of where anime and manga was heading at the time. So I decided to return to the 80s and late 70s since then. The same goes for music too.

The kind of music I like is mostly 80's pop, late 80's acid, techno, and industrial. I also enjoy 90's techno and electronic music too. Basically I mostly listen to electronic music. I have been a fan of raves, especially the German and Belgian variety. The music I listen to are mostly European btw. So we have different taste than music in the states.

My favorite Slice of Life, well in Francophone communities, the most popular slice of life in the late 80's was Maison Ikkoku (Juliette J'taime) and Kimagure Orange Road (Max et Compagnie). I love both of them the most. I've seen plenty of others too like Cynthia ou le rhymn de la vie aka Hikaru no Densetsu. Mostly 80s stuff. The 90s stuff I've seen are a bit of Marmalade Boy and Handsome no Kanojo.

However, I'm mostly a sci fi anime fan. Which in my opinion is a dead genre today.

Coolspot Dec 15, 2016 8:53 PM
I tend to like Anime that do their own thing that feel more like books or something turned into anime. I like keeping track of alot of characters with some real life issues and such I supposes. I guess I like real feeling people. I tend to dislike most stuff I watch as its way too out there or sexualized I suppose. I like anime with I guess older characters(17-whatever age). I can tolerate violent, sexy, perky kind of shows, but they leave me with that did I really enjoy this kind of feeling lol.

I dont really know what kind of Anime I enjoy tbh, Same way with TV shows and such. I like fantasy, and then realistic I guess but Id prefer it to be very boring tbh. Like if it was about a family owning a fruit store Id be completely fine with that.

I like some Anime music, but most of it just sounds like film scores with some other things thrown in to me. I think its quite interesting that you do listen to anime music in high quality.

I know alot of people around your age decided that all music turned to crap around 1970 but Its neat you listen to stuff from all kinda of time periods I wish My tastes were that open, but They aren't.


What kind of Japanese Cds do you have?

I appreciate the response, Id tell you a bit a about myself but there isn't much to tell, just a young guy in college, who likes to ride their bike that is hoping to work for the forest service. Anime is just something I do on rare occasions.

Shadowsnake777 May 23, 2014 4:46 AM
Hi!
This is just a random message from one of the staff members of anime research club! We are trying to get the club to what it was like in december and for that to happen I am asking you to please try and talk in the club! ^ ^

Antheias Jan 30, 2014 8:31 PM
Lovely analysis of Colorful! I just watched the movie and was looking for a full review, and there it was.