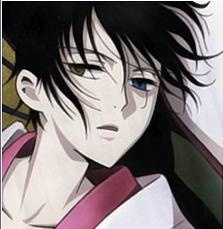 EtherSword Jul 4, 2010 7:06 PM
Yeah I actually have went back and finished animes that I have dropped before lol. Yeah, I have yet to see an anime that has topped Seto no Hanayome's humor, there are some animes that are pretty funny but not to the level of Seto so that's why its still in my top 5. Kanon is the first anime that got me into watching other animes and I recently just rewatched it and it still remains as a masterpiece to me, it's an anime that I can watch over and over. And Higurashi, even though the violence was quite harsh, the story was very moving imo. And it can be pretty funny sometimes too lol.

EtherSword Jul 4, 2010 6:35 PM
Alright, I misunderstood you, sorry about that. I took the lol please comment as a stuck up remark. I'm a bit surprised you were offended by its crude humor considering the other animes you have watched. Higashi no Eden and their Johnny jokes and Sayonara Zetsubou Sensei humor is kind of :O too. Yeah I also noticed that we have a lot of similar tastes in anime lol. I rarely ever make comments on reviewers but I thought it was necessary for this since you gave it such a low rating even the first episode, you don't surely suspect that the anime is just going to go downhill from here? There are some animes that I came close to dropping but I'm generous in giving it another episode or 2 and the anime actually impressed me when I originally was going to drop it. Ok, I guess that was a bit of some rambling and Seitokai probably wont really change a whole lot but I think giving it a 2 is a bit too harsh considering how it's actually different than most harem animes. But you said you were offended so may as well leave it dropped, I wont try to convince you.

Anyways, I appreciated the your replys though since it seems that I was the one that actually went off on a tangent on you and you didn't go off on me when I misunderstood you. :)

EtherSword Jul 4, 2010 5:18 PM
Having it's my own opinion barrier only goes so far. There is also credibility that comes along with it. I actually thought you were going to respond to me in a civilized manner till I read that "lol please". And having that many not helpfuls on a review shows something that you probably were just being biased. Let me guess, you will respond back to me with, "I can do whatever I want" gangster/rage style and lose even more credibility as a reviewer right? And honestly why do people bother to watch animes that they know they wont like? Is it that hard to read synopsis's these days? -_-

EtherSword Jul 4, 2010 12:43 PM
How can you call Seitokai Yakuindomo a rip off of Seitokai no Ichizon? The male lead isn't even interested in the girls, more like he is afraid of them lol. I think me and the other 100 people don't think you did a good job on your review of Yakuindomo. =\

monkzzz Jul 3, 2010 11:36 PM
Yeah the ending of the show was kinda "wut" but i still thought the overall show was good. I love 07th expansions stuff too but i just thought the Umineko anime was such a poor adaption of the VN. I loved DtB too and was just as excited for the 2nd season but i thought it fell pretty short. I think one of the main problems with it is that it was only 12 episodes so it wasn't as fleshed out as it should have been. The OPs and EDs for both DtB2 and Umineko are the only redeeming factors for me lol. Saves them from getting a lower score lol. But yeah thats fair enough. Just wondering!

augustphantom Jul 3, 2010 11:31 PM
to ppl who comment here: if you here just to troll me, then I'll just laugh at you XD plain and simple. you and i both know i dont care what you have to say XD

tehnominator Jun 15, 2010 1:21 PM
Now I know your friend must be nuts-- Asura better than Clannad!? Even if you hate Clannad, it's way better than Asura anyway.

tehnominator Jun 14, 2010 7:02 PM
What!? Has that friend of yours only seen one anime? That's the only reason I can think of them thinking Asura Cryin' was one of the best anime ever.

tehnominator Jun 14, 2010 4:57 PM
People thought I was too harsh, but they all seem to agree that the ending and concluding episodes made absolutely no sense whatsoever.