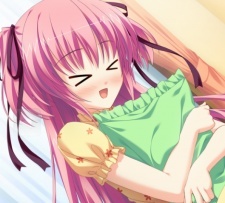 hyperknees91 Dec 9, 2015 12:57 PM
Yeah it has a lot of dumb dark eroge content. Not really why I disliked the game, I just thought it was really slow and boring and the characters just never clicked with me. My girlfriend dropped it after the third chapter lawl. Quite honestly, I have no idea why its considered a top rated eroge. Btw you still could read Rose Guns Days just to give it a try. That is if your in the mood for a hollywood ish visual novel.

Yeah I'll have to get around to reading SC sometime. Almost everything comes to steam these days at the very least ^^. Sucks for me because there's a lot of WII U games I'm interested in but they are shelling that console out already =(

Lately I've been playing a lot of rogue lites to tap into my inner hardcore gamer hah. I feel like I want to wait until Dragon Quest XI or something before I tackle another JRPG. Are there any other game types you like? Valkyria Chronicles is a nice pick if you like strategy rpgs.

On the other hand I started playing because I heard it was short and sweet, and that is absolutely true. Very well paced and fun game overall (well fun might not be the right word). I definitely recommend it if you want something a tad different, but isn't a super long story (takes little more than 10-12 hours to read it all). Ruri is definitely my favorite red head of the year (yeah I'm biased so take what I say with a grain of salt).

hyperknees91 Oct 29, 2015 6:57 PM
Yeah Sayuki's father drama was the worst part because like you said...charage's should never try to incorporate rediculous drama. Though I will say the other routes in Biyori I have enjoyed much more than the cover girl so far. I enjoyed Sayuki's character so much that it made me forgive it but I will agree it was a definite low point. Glad you enjoyed Amakano though because that's been my favorite charage since I played it haha. Mizuki was "very" hard not to play first because her constant teasing is...well amazing and makes her totally irresistable.

And yeah maybe. I think it's because I like listening to voice acting but it seems like most visual novel readers click through them, which probably slows down my time quite a bit.

hyperknees91 Oct 25, 2015 6:47 AM
So I finished the blonde girls route in Biyori (Supposed true heroine but isn't really). It was a reallly good route until the last 5 minutes ruined it all. I like myself some happy endings, but this was just all levels of bullshit and completely killed whatever message the route was trying to present as it wasn't just your standard charage route. Why can't VN's have balls ever? Was Hatsuyuki Sakura just a fluke?

Sigh this is why I really don't like much drama in charage's. Most of the time they just ass pull there way to a happy ending anyway so it's hard to take it seriously or even if I do I'll feel stupid for taking it seriously like I did here.

hyperknees91 Oct 15, 2015 4:39 PM
Leyline I'll definitely play sometime, probably when I'm in the mood for some plot again. What happens in games with plots is sometimes I'll just forget to care about the plot and just want to see the main couple get together. Which its why it's probably best for me to play stories which don't focus much on romance or have none at all if I want a plot (Like say Dangan Ronpa and recently Rose Guns Days). It also takes me forever to read visual novels these days because I'll usually read 2-3 hours max xD. Hence why I try to stick to the shorter ones by looking at their time on EGS (which is also completely unreliable).

No doubt it's a pretty simple melancholy game. I haven't played a loli ish game in awhile so I thought it would be a nice change of pace and so far its working on me, but of course I'll need to get further into it.

hyperknees91 Oct 14, 2015 6:06 PM
Playing https://vndb.org/v14886 right now. So far pretty cute (needed something that doesn't rely on the oppai if you know what I mean. Definitely isn't rushing itself and I hope that continues for a change because I'd rather care about the relationships this time round =p

Koi x Shin Ai Kanojo I'll probably still check out because the main girl is voiced by one of my favorite eroge seiyuu (Mai Gouto). Hopefully it's only boring at the beginning (I'm guessing that's the problem with the demo?).

hyperknees91 Sep 23, 2015 6:17 AM
Calling Daitoshokan a story game is kind of a laugh. It basically has 40 hours of charage material with like 3-4 hours of story. The story is also nothing special and all the romances and relationships are a bit rushed outside of Kodachi (maybe bias though but I did feel like she developed the most). To me it's too long and the payoff isn't great. As a friendship visual novel it works well though. It's another one of those games where the common route is clearly the best part of the game.

Guess I'll check out leyline sometime then. About how long is each game would you say?

hyperknees91 Sep 22, 2015 1:27 PM
BTW hoping you'll check out Amakano sometime to see how you like it. I'm still hype for the second season.

I think I like dating sim ish games a good bit because usually there's not a lot of distractions and it just focuses on the pure romance between the main and the female though.

Natsuiro recipe was way better than pure x connect and at the very least it tried to make you care about two of the relationships so in comparison it wasn't bad. So yeah I guess by playing worse charage's it puts things into perspective. It's just all about Yuzu for the most part so unless you love her then the game is going to be a huge miss.

I guess so. My guess is people just liked it because it had nice artwork, voice acting and the heroines base personalities were indeed fun. I've never seen such a waste in a charage before quite honestly. It's like the person who wrote the heroine routes didn't even read the common route or something. I might be over-exaggerating but that's probably the worse charage I've played in the last 2 years.

I've heard about that. Do like the main character and the main heroine hook up every game or something? Or do they act like tsun about their relationship until the end, because it seems kind of odd for the guy to hook up with other girls if ya know what I mean. It does seem like the pacing is good though.

Daitoshokan I finallyyyyy got myself to beat. Yeah also wasn't worth it even though I really liked some of the heroines. Tried too hard to be a story game and a charage at the same time and therefore left both of these aspects unsatisfied. Kodachi was great, but overall I thought the game reallllllly overstayed its welcome.


Oh but I've been reading Rose Guns Days for now. Very Hollywood/Shounen like with mafia and a whole lot of fun. It's a nice change of pace if you need a break from the norm.

There's literally like....no reason to care about any of the relationships. I can't buy the romance in the game at all. The common route felt like almost a waste of time because absolutely no development was really given outside of Moemi.

The only saving grace is the heroines have likable personalities and at least have some chemistry with Hayato. But considering its hard to care...its like whats the point?

hyperknees91 Jul 27, 2015 2:18 PM
Went back and finished Natsuiro Recipe. Yeah not worth it in my opinion. Only Yuzu and Ryouka's routes are worth it and even then...I felt like they were still lacking. Yuzu's really overstays its welcome by dragging on too long. Ryouka was fine mostly as it was just slice of life all the way with little to no drama, but hardly worth playing the game for. The problem is the game basically only focuses on Yuzu so if you don't love her you won't love the game.

So yeah definitely a skip if you ask me.

Right now I've just been gaming though. I think when I come back to VN's I'll probably be playing them at a much more casual pace due to being busy.

I don't like manga as much most of the time unless I know its complete. It's just so annoying to read something then wait like 4-8 years for it to finish. When I was younger I could tolerate that, but as I'm older I'm actually more impatient xD. Anime isn't as bad and I'm not too picky on subs. I'm just one of those forgiving readers who will just laugh and find enjoyment out of bad subtitles if they are bad. The only anime this season I think I'm interested in is Gangsta.

hyperknees91 Jul 7, 2015 10:26 AM
Because they have nothing else to be hyped over. They probably think it ups the chances of stuff they haven't read will get translated.

I'm on a break from eroge at the moment. Played too much for the last 2-3 years so its lacking kick laterly xD (I was basically playing nonstop so I'm well overdue for a break).

Yeah evenicle seems fun based on your review. Nice job on it~ Probably not something I would play personally though.
All Comments