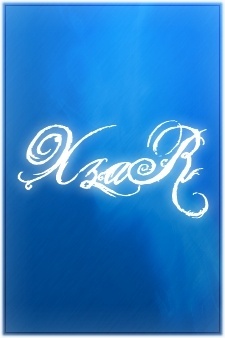 JolieJoli Feb 19, 2016 7:12 AM
Hey, thank you :) So far I'm only one episode into Monster (I got distracted by other good anime), but I'll keep watching as I've heard a lot of people say that it's really suspenseful.

JolieJoli Feb 2, 2016 5:06 AM
Hi, just stopping by to say thank you for your Zipang/Monster recommendation. I haven't seen Monster yet (it is pretty high priority for me) but I like that you drew parallels between the psychological aspects of those two shows unlike the other recommendations which are all military-focused.

LPGeneratorx Dec 27, 2014 8:09 PM
I can't say that it's not worth the watch, but watch it at your own risk. It very probable that you'll be disappointed if you go in expecting a sequel that can compare to the first season.

The story was a drastic fall from the first season, and the main villain was no where near as good as Makashima. And, if you don't know yet, Kougami isn't in this season, if you're expecting him.

As for the Sybil System, very little occurs.

The main antagonist's goal is to:

See whether the Sybil System can judge a group of people or not.
Which in my opinion is a much more anticlimactic goal when compared to the goal of Makashima.

And as for Mika, I'm pretty sure no one liked her character.

Radeon Jun 18, 2013 1:16 PM
Yep. In about 2 more weeks, SnG is already reaching the ending. Heck, I would definitely like a second season for SnG. And I really cant wait for the next episode, namely 12.
After the preview in episode 11...


what would Ledo do to Gargantia?? I'm guessing He's going against Kugel's plan and perhaps they are going to fight...

Radeon Jun 12, 2013 10:18 AM
Yep. Perhaps, in order to reduce the amount of "troll" reviews which is cluttering MAL's database, maybe they need to create some kind of requirement for users before they can actually start reviewing any anime. Or recommendation.
Maybe, the User must be in MAL for 1 year before they can actually write a review. Though, 1 year sounds kinda too strict.

"Well maybe it could be more accurate if people with less than 30 anime did not get counted in the anime rating but just in their personal list but then it may be unfair"=
Sometimes I actually just think that they are just the same user but making multiple accounts....So, I think that is quite fair.

Radeon Jun 10, 2013 3:23 PM
lol, I've noticed that many there are many new accounts being made with only one anime in their list; namely Shingeki no Kyojin. Some are even writing "reviews", giving it a full 10/10 scores and sometimes with only 2 or 3 lines of words. Some users are able to express themselves clearly why they liked(or why they hated it) the anime, and I can respect that. I think I prefer MAL the way it was before(back in 2008-2010) rather than now. Too many trolls. -_-'

"Don't find the feeling to do it" - lol, I'm having THAT similar feeling for SnK. I want to watch it, but I'm feeling a little "reluctant" about it.

Yeah, I remember reading the Gash bell's manga for awhile too. Manga was usually more bloody than it's the anime adaptation.

Finally, a game which I've been excited about. I haven't got THIS feeling ever since Deus Ex Human Revolution's announcement.

Radeon Jun 6, 2013 4:33 PM
Your point is good. I wouldn't blame Ledo for what he done, though. It's like he was "born to kill". He even asked why he shouldn't be killing - evident that he was the "perfect soldier", who only obey orders and doesn't hesitate to take a life even when it's completely unnecessary. But the people of Gargantia taught him the morals.
All Comments