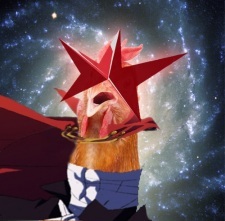 jajeet90 Aug 27, 2021 3:42 PM
You've got some great taste in anime.
But one thing I don't understand is why you gave Gurren Lagann a 10?
The first and the last episodes were godly but in the middle the episodes were boring in my opinion.

Nice to meet you xD

Yomisuki Jan 1, 2021 7:05 AM
I like your recommendation, comparing Dr. Stone with Cells at Work. You've got your thinking cap on :)

2DHT Jan 15, 2020 10:53 AM
Thank you for the recommendation, but I’ve already seen the whole kanojo series. But thank you for reminding me to add it to my list. I’ll then be checking out Swing out Sisters. Thank you again, your will to help is well appreciated


Read it if you want an awesome experience
All Comments