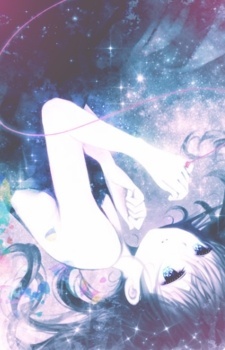 I can set it on easy

if u wanna join make an acc here https://animemusicquiz.com
and ill give u the room info

I listen to p much everything :D hard to say but a genre I like is pop
lately I listen to lots of anime songs and play anime music quiz
would u like to play w me sometime?

I like singing and listening to music (Im not super good either but I wanna say I can sing some songs sorta fine :D)

AndyKyrielight Mar 4, 2020 6:52 PM
I think I scared you with that giant comment lol Interesting, so you wouldn't change any character's personality? I agree with you on that point.

Reading the manga really isn't a bad idea, maybe I'll do it too, I'll tell you what I hear about the manga in the case of pros and cons:
Pros:

Interesting plot and artstyle.
Well-rounded characters (in most cases).
Minamoto Kou’s whole existence is a blessing.
Well-paced storytelling and clean transition between arcs.
The closest thing to fanservice we get is a panel in the second arc, and it’s all Nenen’s delusion.
Cons:

If you’re not fond of comedy, this manga might not be for you.
Nene is a dumbass and it shows, but she’s less of an idiot than your usual shojo protagonists; it depends on your tolerance level whether or not you can stomach her, but if you’re used to read manwha you’ll probably think she’s the smartest girl around, lmao.
Aoi, Akane and Tsukasa exist, sadly.

Yes, sometimes it doesn't have a good animation, but it has a good art so it's all right haha art style. It's cute & colourful but at the same time, you can feel the dark atmosphere or mystery in the art, I hear that some manga arcs are being cut :O

Maybe you are right, I think that forming a wrong opinion, looking at your point of view, there were some things that made me think of her as Mary Sue more now I see that it doesn't make a lot of sense lol I think I see a lot of theory so I end up having these crazy ideas it really doesn't make any sense.

There are people who are born to make a voice lol for example she is perfect as Hanako, just like other characters in that anime I think in general it is cool the choice of voices.

Wow looks, amazing Would you recommend me to watch? anime that there aren't many good guys It is a differential XD would you change anything in the ending? now I was curious lol I want to watch after all that you said xDDD

Eizouken the characters are very well written, and mesh well with each other. They're just a rag-tag group of three girls with their own weird quirks who want to make really good animations. Although they may not be the most original archetypes in some senses, they are far from one dimensional. They're very relatable and realistic in their personalities and motivations. So much so, that they might even seem similar to real people you've met in real life.
People such as:
That socially awakward and weird, yet incredibly talented person; that popular and well liked person that has a grand passion for something; that one really tall and intimidating person (lol).
The characters are driven toward a goal, and they work hard to achieve it. The show doesn't hide the work they do, or make it seem easy. They show the determination of the characters by showing the extensive efforts that they make along the way.

As for Hanako-kun, I love this show with a burning passion. As soon as I saw the art style and the intro, I knew I was going to love this show, But people were annoying me. JSHK is popular for sure. And for a good reason. It's one of those anime/manga that comes with a nice and pretty pink packaging making sure that you turn your head away, thinking it's not your thing until someone close to you pleads you to give it a try. I agreed. And I was hooked. To the point that I read the manga despite the fact that I don't usually read manga.

One thing that attracted me to JSHK was its claim for being deceiving and distracting. You have the female protagonist who rightly is called airheaded, clumsy and a sucker for looks. Not everyone would enjoy such a female lead. She also qualifies a lot for being a Mary Sue character. But again, as I said, this is a deceiving story packed with pink ribbons. When you open the box, you find something you didn't expect. And you won't necessarily like it, but it definitely leaves a mark on your mind.

Next comes the titular character, the boy around whom the story revolves. This show is definitely more about Hanako than it is about Yashiro. Hanako is extremely mysterious, but his actions don't seem to be. He seems like that fun, annoying and clingy friend who lifts your mood up even on the worst days by provoking you in an amusing way. He's very clingy and protective towards Yashiro, reason not shown in the anime, often misleading people to think that Nene is just a Mary Sue character unnecessarily adored by the male lead. But that's not true. There's a reason why Hanako shows interest in Yashiro. And that can be partially found in the manga for now.

Coming to the animation, it's actually pretty mediocre. There is little to no animation and as someone pointed out, this does look like a moving colored comic. But this doesn't get in between the flow of the story. Once you get used to the style, it actually becomes enjoyable and you realize that something very animated would rather get in the way of the storytelling. I can see that the director wanted it to have the same charm as the manga did.
Also, here and there, tone shifts are indicated by Hanako's eye movements which is quite smart in my opinion.

Otherwise, the art is beautiful and unique. This doesn't look like your usual anime and that's a great thing. Even if there are tons of tropes thrown to you, nothing looks boring because of the art.

There's not much action so those who are a sucker for that might be disappointed but there are a few scenes and they do cause a momentary buildup of climax.

The music used does not interfere with the flow of emotions and is quite facilitating. Most tracks go well according to their respective scenes, whether it's comedy, angst, or action. The opening is actually quite amazing and one of the best in this season, very shounen like and quite jammable. The ending is soft and sounds emotional. Both OP and ED videos are full of symbols and foreshadowing.

Other than that, the characters introduced till now have colorful personalities and are very memorable. They are realistic and not annoying at all. I thought I would hate Yashiro but she has her own charm. She's innocent and gullible but she does have her own concerns and cares about the ones who are close to her. The background characters haven't gotten much chance to develop (many haven't been introduced yet) and it depends on whether this anime gets a second season adaptation.

Hanako himself is a very lovable character as much as he is mysterious. Yes, he sometimes can appear as way too powerful for a little ghost which can be annoying if you don't find that reasonable.

Kou, the exorcist boy feels very likeable in terms of how empathetic he is. He won't mindlessly exorcise you just because he has the orders to do so. Even though he acts a bit childishly, he does have more conscience than his older brother.

The Japanese voice actors are perfectly chosen. I sometimes feel like I almost watch this show for Megumi Ogata's voice impression of Hanako, she did an amazing job. Yashiro's VA is also on point. She sounds like what she is. Kou's VA sounds a bit older but that's not noticeable. Even the minor characters have great VAs. The only problem is with the dub. It just doesn’t go well with the tone of the anime. Slightly disappointed with the dubbing.

The plot is full of themes like different worlds (as expected from a supernatural show), time travel, grandfather's paradox , all layered with a bit of humor. The humor can be a bit stale especially with the "comedy" tag on the show but still enjoyable. The dark aura of the show lurks around the corner in every episode and depending on who you are can greatly surprise you as well. Much of the darker plot hasn't been explored yet, so makes me look forward to the upcoming episodes. The plot's world is also very attractive.

Sorry for the gigantic comment lol, I see you saw 91 Days is it good? what is your opinion?