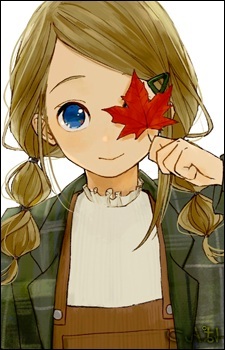 Nick told me he was playing Granblue, which I figured he would be. I never kept up with the Persona stuff myself. There's a few games I'd like to get into but just haven't either because they cost money or I've opted for the more social stuff I've been playing lately. Hard to pick y'know?

Cookie Clicker was evil. Even if they changed something resist the temptation to go back!

Onikukki May 16, 2017 9:07 PM
Is that a joke? I don't think my Target has produce - haha! That's cool, nice to know that for the most part y'all are still hanging out together. What are the three of you playing now if not Cookie Clicker & FF?

Onikukki May 14, 2017 9:49 PM
Where do you work at again? Is Seishi still around? I know he was hanging with some other peeps for awhile there.

Onikukki May 13, 2017 11:38 PM
I feel that. Even if I had the time for both, I'm not sure I'm capable of multi-tasking like that anymore. I wonder how I did it in the first place. Weird. I am right there with you though, I just recently got a smart phone myself, a few months ago. It's expensive and I hardly have any apps, but it's been worthwhile so far. How is the group doing on Discord? :)

Onikukki May 13, 2017 11:02 PM
Hey A-Man! How's it going? It's been forever since I talked with you guys - or done anything, really. Rarely on my computer these days.. kind of sad, really. Would love to know what you all have been up to!

Onikukki Jan 15, 2017 2:19 PM
I went and saw Star Wars with my family too - it is firmly established as a new tradition. As for gifts I got some really cute stuff from my girlfriend (who is paradoxically ignoring me over the break) and a bunch of scotch from the Duncan Taylor distillery. I got to chill on the beach and go to the pool just about every day too so that was nice but a little lonely. I guess there's no pleasing me!

Onikukki Jan 14, 2017 6:47 PM
Nothing too amazing. School administration is giving me a hard time about a bunch of things and my girlfriend has been stressing me out lately. Other than that a nice, peaceful Holiday.

Onikukki Aug 28, 2016 8:00 PM
That's completely fair. I don't think I listen to music very often compared to most people - I certainly do appreciate it, though. I don't ever stream anime 'cause I'm too picky to watch it in 480p, but, I find most music streams pretty decently at 320kb/s on the better sites like Soundcloud.

You're right, they're not that hard, I just really don't care enough at this point. I'd be more inclined to go and get them if, like you said, it wasn't so heavily RNG based. I don't want to waste my precious time - turn that shit into fuel!

I find that I'm in the minority when it comes to using Gchat. It seems to be used much more among professionals than as a social platform. I just try not to over complicate things for myself I guess.

Onikukki Aug 24, 2016 9:15 PM
I know what you mean - I fixate on little things like that, too. It's probably one of the reasons I just stream stuff off of Sound Cloud instead of having to bother with organizing a collection myselfm haha.

I can (usually) come up with some neat ideas, but I'm so inefficient at putting them into practice that I just give up because it's too much effort. I tried getting a fossil once and will never again..

That's how I was for the longest time, but then our little group moved to Discord & I was able to convince my NBFG friends to switch to Gchat so I could finally get rid of the thing. How often do you play D&D?

That's a fair point, I'm more or less the same way. I actually didn't play FO3 until just before New Vegas was released because my computer was too junk-town. I'll be there in another year or two I expect!

Onikukki Aug 22, 2016 9:45 PM
That's a good reason - I actually kind of wish I kept more of the album art, I usually deleted it for some reason. iTunes always fucks my shit up without fail, and because I'm using such an out dated iPod, the metadata it adds with the newer version can cause it to crash.

Decorating is hard! There's plenty of room on the ships at max upgrade, though. I still feel like making a base would be fun but I just don't have the motivation haha. That's pretty neat that they have one-handed rocket launchers, they're much easier to hit with than the grenade launchers. I bet dual-wielding them is insane.

Haha, I just realized my massive fail with the italics. That's what happens when I post so late I guess.

I like Google Hangouts a lot, but it's not perfect. It's a better, more integral version of Skype I guess. I felt the same way at first, but especially after we all got on Discord I realized I would never get on Skype again so it wasn't really "more social things", just a replacement.

I just assumed you had played one before. I loved Fallout 2, which is mainly the reason I still play the game. I thought Fallout 3 was unique and did a great job of capturing the atmosphere from the previous two, but it's been kind of downhill from there. The mechanics have improved with every iteration but the story seems to get further and further away, haha. I certainly need a job before I can play anything new - I have to get myself a new computer just to play them! I'm sure I have other games laying around somewhere, but they're probably not in good shape at this point of my life!