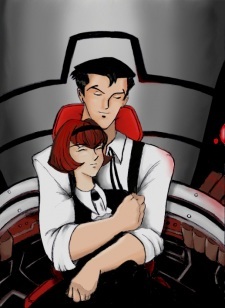 Enjoy the ride then. I wouldn't lie if I'd be curious about your thoughts on the whole thing compared to when you only watched 2 seasons before, which I can definitely say is not complete by that point lol. So far this season is reaching the series climax from all the effort everyone in the staff is willing to put in building up every episode with the way they really want to end things. Despite all the glaring flaws I found that gave me some doubts throughout for a while, I'm firm in the belief that it's my mainstay series for good because it personally gave me whole lot of things that mean a lot to me (as well as many of its niche fans that it resonated with). Just another heads up that the XV shorts will be subsequently out alongside the BD too.

Kinekuri Aug 13, 2019 9:33 PM
Damn, I only went for like 5 days. Probably should've gone a little longer than that since it only felt like going through a trial run.

No worries, you can take your time. The series is better watched when marathoned instead of having to painfully wait every week like I do lol. The shorts are highly suggested to watch sometime if you do plan to finish the whole thing though.

Kinekuri Aug 8, 2019 2:47 AM
Hey! I just finished the whole series by the time I write this, it was a pretty unique take on romance in space in the middle of the war. I liked Lafiels and Jinto's interaction throughout which was the highlight of the whole thing (which had the best focus in monshou), not so much invested on the politics side when it comes to the abhs though especially since how boring they were outside of their war and tactical philosophies (which is kinda the point but their idiosyncrasies didn't convince me otherwise). I liked the human side of the conflict better in 2 and the space battles were pretty lit too. Also the cat was the best character.

Oh did you go there for vacation? It's definitely one of the of the best places for touring, and there's a lot of neat souvenirs and merchandises to buy. I only went to Tokyo once for a short time myself but I'm hoping I can stay there for getting second degree next year.

I see you've gotten into the Symphogear hype train again. The budget and choreography gets significantly improved (again) in XV and it really shows how it's going to be the finale of the season. Have you been watching the extra shorts between seasons? They're pretty relevant to the characterization and are pretty wholesome.

Kinekuri Mar 13, 2019 10:28 PM
I actually dropped it way back when it was airing, cause I felt mixing real life work with cute girls just didn't fit. At least, that's when I was expecting it to be an ambitious game version of Shirobako. I decided to pick it up again since it's just a cute girls show at it's core. Although after seeing the OVA which is supposed to be the pure sol moments, I get the impression that it's the plot carrying the characters rather than the other way around.

As someone who had a hand in programming and computer related stuff (really on a basic surface level but i stopped), it was really amusing to see the characters on the programming side get frustrated with all the errors they keep getting and have to redo some steps. I kinda relate with Nene's work since I worked on QA for a short period, but other than that the programming characters didn't get much focus unfortunately.

On the other side with the designer team, I was more interested in them. Characters were more involved and their personalities were more fun. The yuri was quite baity and one sided though, I think Rin's was supposed to be for the humor (still not good) and Aoba doesn't even bat an eye on Hifumi. I found Aoba kind of annoying with how forceful she is but her interactions with Kou is pretty good, much better relationship than any other pair in the anime. Kou is just the best though. I admire her in that she's competent but lax and is a bit of a tsun, she probably lacks a real ambition. She's also a cute blonde so that's high points for me. It was also really interesting to see how executive meddling played a role with brand naming for the games, that happens with anime too.

Was thinking of reading the manga but then I read how the development got worse from where the anime left off. It's something about how an underdog character doesn't win and how there's some contrived promotions. It pretty much turned into a competition shounen manga instead of characters doing passionate work that we see in the anime (Oh yeah, that's kinda where the 2nd season is starting to head towards). Still, I'm not reluctant to watch a third season if it ever comes out.

literaturenerd Feb 8, 2019 3:44 PM
Yeah, I wrote reviews for Goodreads before coming to MAL. They were far more random and generally well...crap. I still hate Ender's Game with a passion though. My brother liked it though. Different people can read the same book and get completely different experiences out of it. That's part of the magic of art.

Crimson Jan 27, 2019 10:47 PM
Although I don't celebrate Christmas, I appreciate the thought. Though I don't blame you, since I had that Gilgamesh picture with the Christmas hat lol.

Hope you had a good one! (if you celebrate it of course)

So you're like me. I also like to replay old games that I used to enjoy. Mostly PS1 and GBA games. But speaking of PS2, I have been playing Final Fantasy XII on PS4, which is a remastered PS2 game. Seems like the trend now is remastering PS2 games and releasing them on modern platforms, lol. I can't complain though, since PS2 has some amazing games. And sure, feel free to send me your PSN in a PM.

I see. I'm only watching 2 or 3 shows from this season, but yeah, it could be better.
Check out Goblin Slayer though, if the first episode doesn't hook you in, then the show isn't for you. But I have a feeling that it will, lmao. 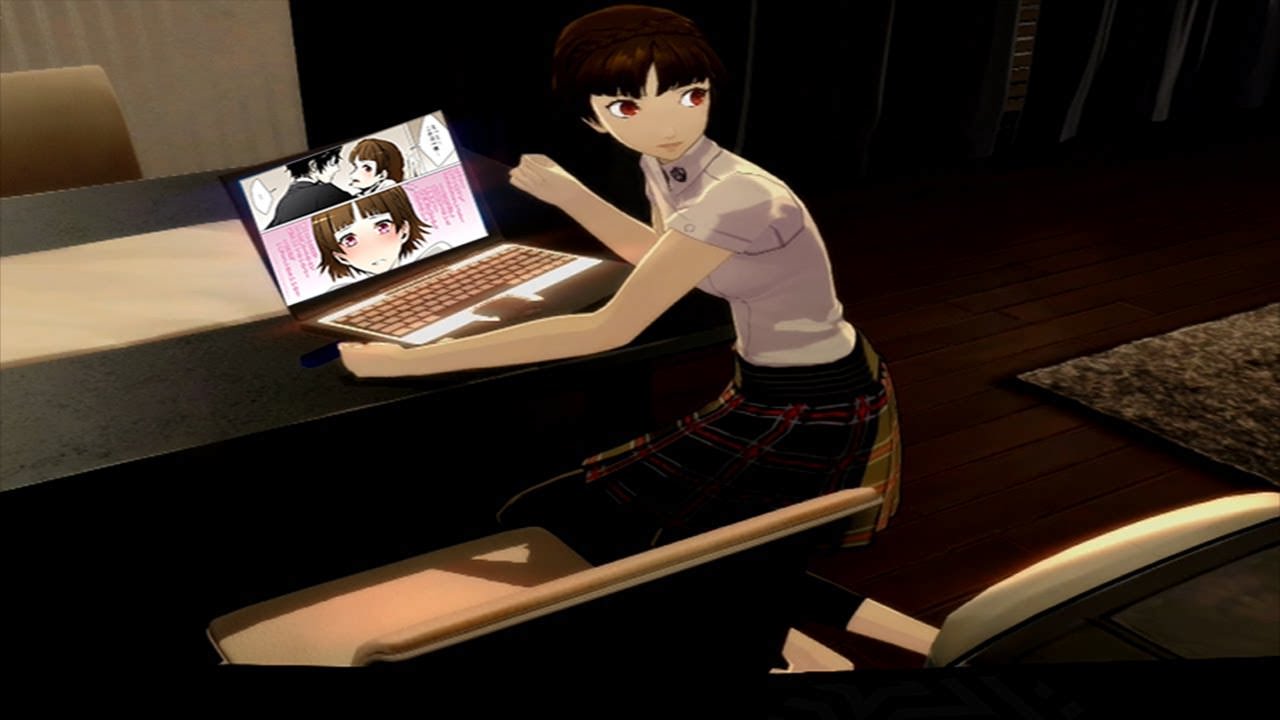 It has been a while, how have you been?

Kinekuri Jul 28, 2018 1:10 AM
I've been on anilist lately since mal hasn't been able to use the updaters since forever.

If anything's dead then it's this god-forsaken site.

Eh, they make it seem like a none issue for the Swan Songs now after S1. S4 has Kirika swan song'ed only to be able to fight what is presumably only a few hours of hospitalization later since she overdosed on Linker because *drugs*. I kind of let the first season a pass just because the girls could've actually died if not for Hibiki's phonic gain ability. My only gripe was the ending, where they had to leave Miku depressed for nothing, which I assume it's because they've rushed things up. Everything else was perfect though. I don't think any of the main characters would actually die since the staff aren't trying to risk going for such show.

Virginia's a good character, but 2 has the best girls imo. One is a magical girl and the other is a vampire. The vampire is Shinobu before Shinobu (at least the loli version) was even a thing. 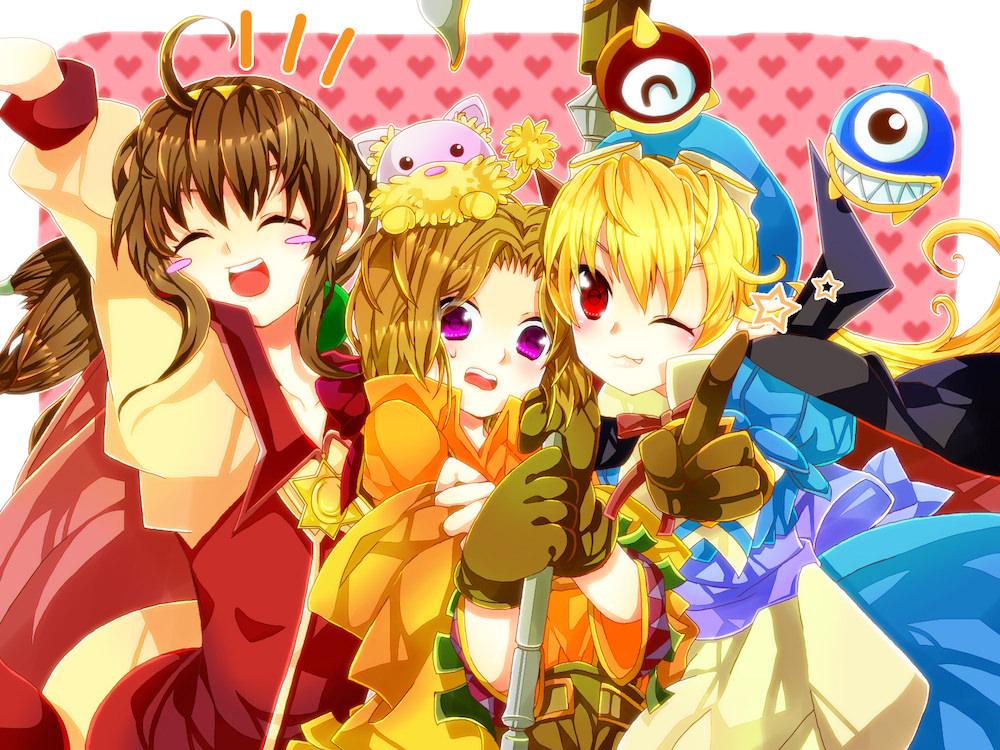 Best girl for sure if not for Chris. I love them all without exception though.

I probably should stop messing around and get to it already.
All Comments