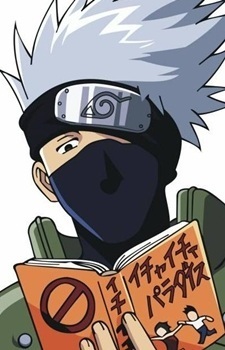 I'm sorry for taking so long to respond, I was very depressed, I hope you'll forgive me.

yeah...well i got massage on my shoulder by my aunt, and she said my shoulder being too stress out, after she massaged me...i dont have any migraines at all '^^

owwhh...cool, what's that masters all about tbh?

my fav superheroes? well i dont have any tbh "^^

Mausoleumn Aug 6, 2018 8:24 AM
Sooo have u watched Beelzebub? Cuz I’m thinking about dropping it bc it’s just comedy not exactly a shounen as I was told

chikachii Aug 5, 2018 1:44 PM
nice... i've heard of darling in the franxx, the pink girl is cute so I might watch that! is it good
i follow some people i think are funny and some celebrities, and i retweet joke tweets and anime fanart

GMOrik Aug 5, 2018 11:34 AM
Allthough I don't really hate any genres, I usually avoid sports anime and BL. Sport anime simply doesn't intrigue me, and therefore I don't watch it. Don't get me wrong, I have nothing against homosexuality, but I prefer to watch cute girls instead.

But there are some tropes I do hate. One of them are the main character which insists on protecting someone (usually a girl) he is unable to protect. Usually this is because the character has a really strong sense of justice, or because he has a crush on the girl and is scared to admit it. This really annoys me, and can potentially ruin a show for me. I dropped "Shichisei no Subaru" for this very reason. Emiya Shirou from Fate/stay night is also this type of character (side note: the reason Fate/stay night isn't in my anime list is because I read the VN instead). Generally, guys unable to convey their feelings annoy me because I am very straightforward myself. While I know that some people can relate to these characters, they just make me very irritated.

Other things I have a problem with are things that appear in all fiction, not just anime. These are things like Mary Sue's, "main character syndrome" and plot sheilds, as well as things that are simply bad, for example poor comic timing, bad pacing and poorly written dialogue. And personally I really hate it when a show breaks the fourth wall.

Sorry for the block of text, but I really like criticising things. Do you agree or disagree with me? And which things do you dislike in anime and why?

Mausoleumn Aug 4, 2018 6:49 AM
Yeah that’s what I meant but u know I thought I had watched a lot of anime but 200 days are too much bro where do they get the hours from?
I’m thinking about reading the manga but I’ve been told that it hasn’t adavanced too much from the anime

chikachii Aug 4, 2018 12:17 AM
yep, I'm 19 at the end of October, and yeah it's been a while... doesn't feel like it bc I haven't watched a lot of it in a while, I just retweet fandom stuff and all
and oh wow that's pretty late! still cool though, what kind of stuff hav w you been watching?
All Comments