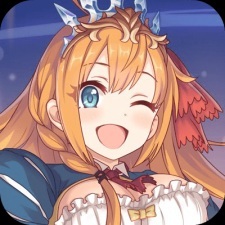 ChouunShiryuu Aug 4, 2:17 AM
ah the gf's imouto in kiminozo lol I have no idea about white album 2 and haven't even heard of sekai seifuku, I'll have to see those, thank you.

ChouunShiryuu Aug 3, 11:57 AM
That's the best kind of reverse NTR, you get in effect a tsundere+les, but I haven't had the fortune of finding and seeing much of that lol most of reverse NTR is yandere/psycho girl.
Two at the back of my mind with hostile intial les are kara no shoujo and koneko doumei lol

ChouunShiryuu Aug 1, 10:37 AM
Saku_k said:
These kinds of girls have the best routes, to be honest.
Definitely XD, but it's also kinda every standoffish heroine in VNs. older weebs like their classical tsundere abuse, greater the abuse, the greater the joy of pursuit. Doesn't work for newer generations raised on vengeful isekai though haha

Sorry, thread got wrecked for being too spicy, apparently

RobertBobert Jul 24, 2:10 AM
That's good to hear. If you remember, we had a discussion about the new PC season, but I still hesitated to watch it due to my conflicted feelings about the shape of the anime.

RobertBobert Jul 24, 2:00 AM
I appreciate you enjoying Princess Connect, which is why I've tried to end any potential opinion war with you, especially about things that are important to me.

RobertBobert Jul 24, 1:48 AM
With your permission, I removed the dialogue. I don't like it when people try to make things personal even after I try to be nice to them.

The only two Genshin crossovers I'm familiar with are the Horizon Zero Dawn one, which led to Aloy being added to Genshin, and the Honkai Impact one, in which Fischl and Keqing were added to Honkai Impact. There might be more. I haven't been playing since release.

I mainly want more characters added to Genshin. I never feel like I have enough characters. I'm greedy as hell, pretty much. Anyway, I hope the information was useful in some way. :)

I'm hoping for a lot of different crossovers for Genshin. I would look forward to a Princess Connect crossover, since it has such nice energy, and chances are I would get to admire Pecorine more intensely. Hehe. ;)

-Kokomi- Jul 14, 10:14 PM
No worries. We all have a different approach to life. What suits me might not suit you. You might be more interested in exploration, for example. Maybe I should've been more careful with my words though. I apologize for that.

I'm pretty sure that I'll like it. I looked into it enough to be almost certain. If it's centered around story and characters then it's already very "my thing" and that seems to be the case here.

I don't want to carelessly rate the few hundred shows I've watched. Maybe one day I'll get around to it, heh. I haven't seen it, but I'm thinking of watching it now.

The crossover was Shadowverse. I actually bought most of the Princess Connect characters that were available because I thought they were so cute. Kokkoro, Pecorine, and Saren in particular.

-Kokomi- Jul 14, 12:38 AM
When it comes to games like Genshin Impact or Princess Connect, I view "completing" them as completing all the quests that are available - or at least a clear majority of them. It's not perfect completion, but that's often excessive. It's just tedious. And with new quests being released pretty much all the time, it'll always be far from a perfect or permanent completion. But it shows that you at least have enough resolve to commit to the things you decide to do. I don't want to do something unless I feel that I can at least commit to it and make it long-term.

It's just a potato way to do things, really. If you play a game, experience the whole game. If you read a book, experience the whole book. Leaving unfinished things everywhere is no way to live. You don't experience anything as it was meant to be experienced (or better), which is just too low effort for me to like. There are exceptions where the game or anime itself is a little too low effort to respect, but that's not normally the case if you're careful in choosing.

I want the things I do to become part of me at some level, like part of my identity. Even if I only like a few aspects of a game or anime I can work with that and internally build on it. This is most certainly a lame way to word it, but it's a kind of internal wealth. I want to carry many feelings with me forever, and I want to always be adding to them in some form. That's the ideal at least. There isn't enough time in life to do everything I want to do.

But, after hearing your description of the game, I'm much more likely to play it. Thank you very much for taking the time to type that out. I'm familiar with a few of the characters because a crossover that happened a while back. It also has an anime, which is very appealing to me. I value high effort cutscenes very highly too. Yep, yep.

Quazikolt Jul 13, 11:34 PM
I'm not so sure about that for myself. Even with years of distance, I feel like those flaws would still bother me severely today. I'm really picky about what earns a score of 1, and it means that it must have messed up badly enough to have me thinking of it for years later, which is not at all typical lol
No prob though!

Quazikolt Jul 13, 11:19 PM
It was stepping on touchy ground because I was recently depressed, and I'd lost a friend myself. The portrayal of depression came off as very fake, overdramatic and artificial to me, like it was trying to manipulate me to feel sad without really understanding what I'd been going through. Then there was a big plot hole. Because almost the entire plot was founded on drama over whether ghost girl existed or not, but it took until just about the end of the show for them to figure out the thing that was already obvious from episode 1 which was that they could easily prove her existence since she could interact with objects. So most of the show is a bunch of crying and drama for no good reason at all. Add in a couple bad tonal inclusions, like the fact that the protagonist gets a boner from his dead loli friend grinding on him in the first three minutes, and I end up feeling very disrespected by the sloppy way the show is handling the core issue lol

Quazikolt Jul 13, 10:55 PM
I'm a bit of a completionist and I'm also pretty stubborn about completing things which have some kind of classic status since my goal is to kind of become knowledgeable about all the classics in anime history (in addition to music, games, books). When I rate something, it's subjective, I fully believe there is no way to be objective completely in any rating, so I don't bother to try to be, but all of my subjective opinions are informed by my own critical, analytical observations, so there's rarely much of a gap between my feelings and what I liked or disliked on the quality level. If I can't say why I like or dislike something compared to my perceived quality, I assume that I must just not have thought about it enough to figure what it did right or wrong to make me feel that way.
All Comments